Flash Back: The Solo Project Brussels 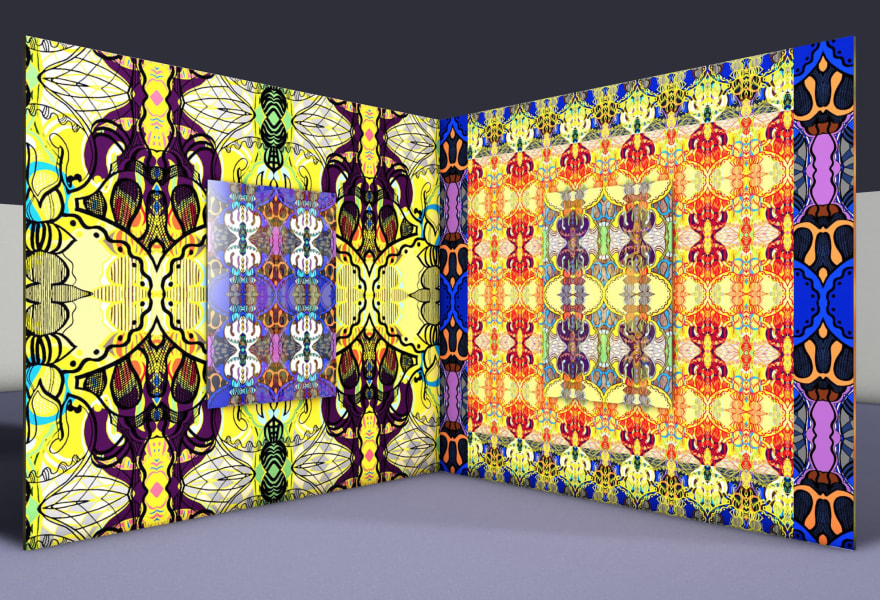 After nine editions in Basel, the first Belgian edition of The Solo Project (an initiative of Brussels gallerist Paul Kusseneers) took place from April 28 to May 1 in the fascinating Circularium in Brussels, an industrial site within walking distance of the South Station and Tour & Taxis, the venue of Art Brussels that took place at the same time. The Solo Project is a dynamic and innovative contemporary art fair that offers some 30 galleries the opportunity to show a solo presentation or a well-organised group presentation. The selection committee, consisting of five international curators, Charlotte Lidon, Christophe Ménager, Nada Odeh, Tanya Rumpff and Eva Wuytjens, guarantees an international selection of high quality.

Maurits van de Laar showed Christie van der Haak's newly designed wallpaper, consisting of two large epoxy panels and three smaller epoxy works featuring paintings of birds from the 1990s and a Madonna painting from the late 1980s ('It's kind of zooming in and out from the overall pattern of the wallpaper to the panels'). 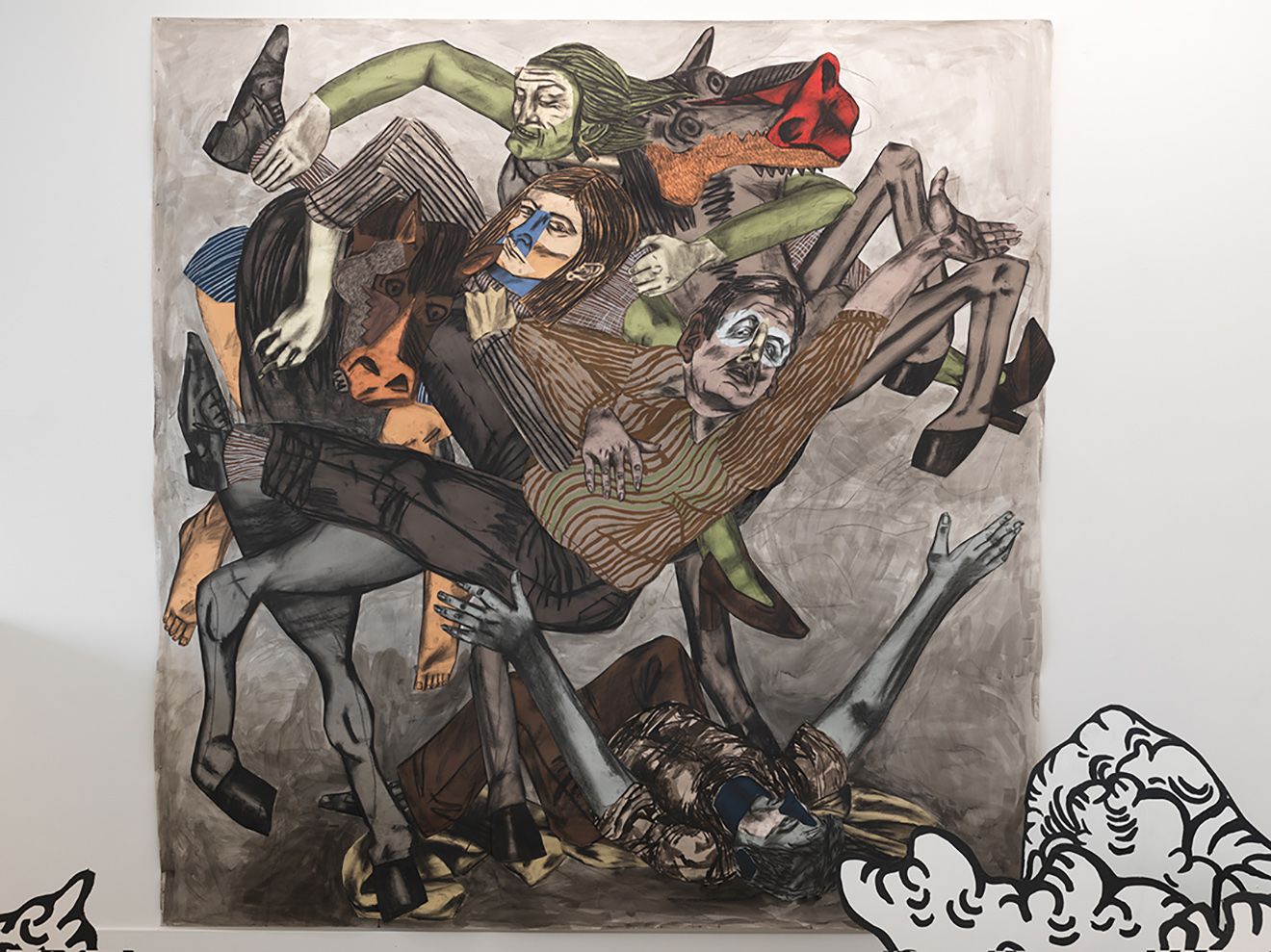 The booth also included new work by Spanish born and Amsterdam based artist Susanna Inglada (1983). Inglada makes highly expressive drawings of people who are engaged in intense, sometimes violent interactions with each other. As in the scene of the Sabine Virgo Robbery shown here. 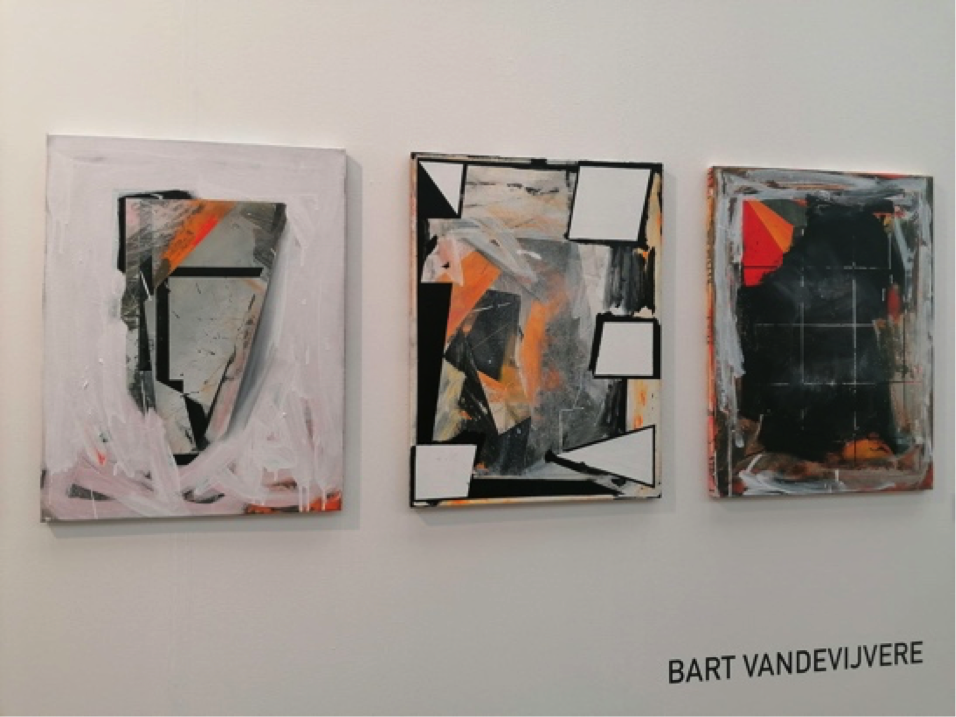 Sofie Van den Bussche showed a selection of abstract paintings by Bart Vandevijvere. His canvases are like arenas in which frictions between geometry and lyricism, harmony and disharmony, delay and dynamics come together in an interactive game. His paintings are the surprising results of visual experiments in different places on the canvas. In terms of composition, the works sometimes resemble collages and as a whole they produce a spatial effect. In an illusionary way, Bart Vandevijvere breaks through the static character of painting (free from a text by Benedict Vandaele). 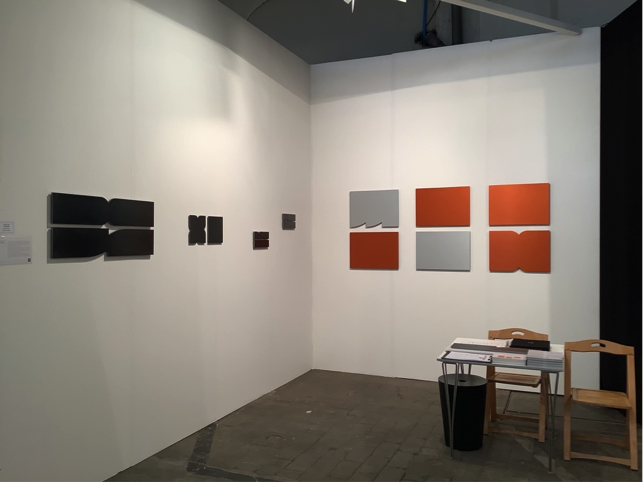 At the booth of Gallery Helder, a beautiful, balanced solo presentation by Cecilia Vissers was on view. Her abstract works and use of industrial materials and techniques find their origin in Constructivism. The minimal changes between the various works and the use of only two colors are making her work even stronger. 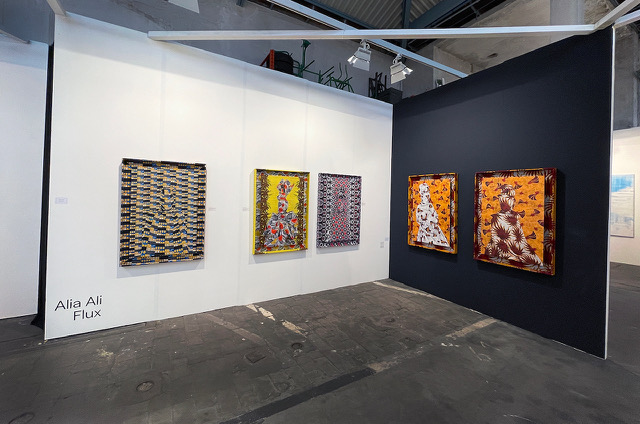 On display at Contour Gallery was a triptych by Yemeni-Bosnian-American artist Alia Ali (1985) from the Flux-series (2019-21), showcasing textiles as a documentary product in which political, economic and colonial history converge. In the diptych from the Migration-series, the artist focuses on the existence of the traveller (the migrant) as something that takes place on multiple levels (physical and metaphysical) and in different temporalities (present, past and future) at the same time. An approach stating that a person's existence is not one-dimensional but linked to the place where someone is going, to memories, stories and ideas from the past that also focus on the future. As if the artist wants to say: ‘Do not settle for the present as your final destination’. 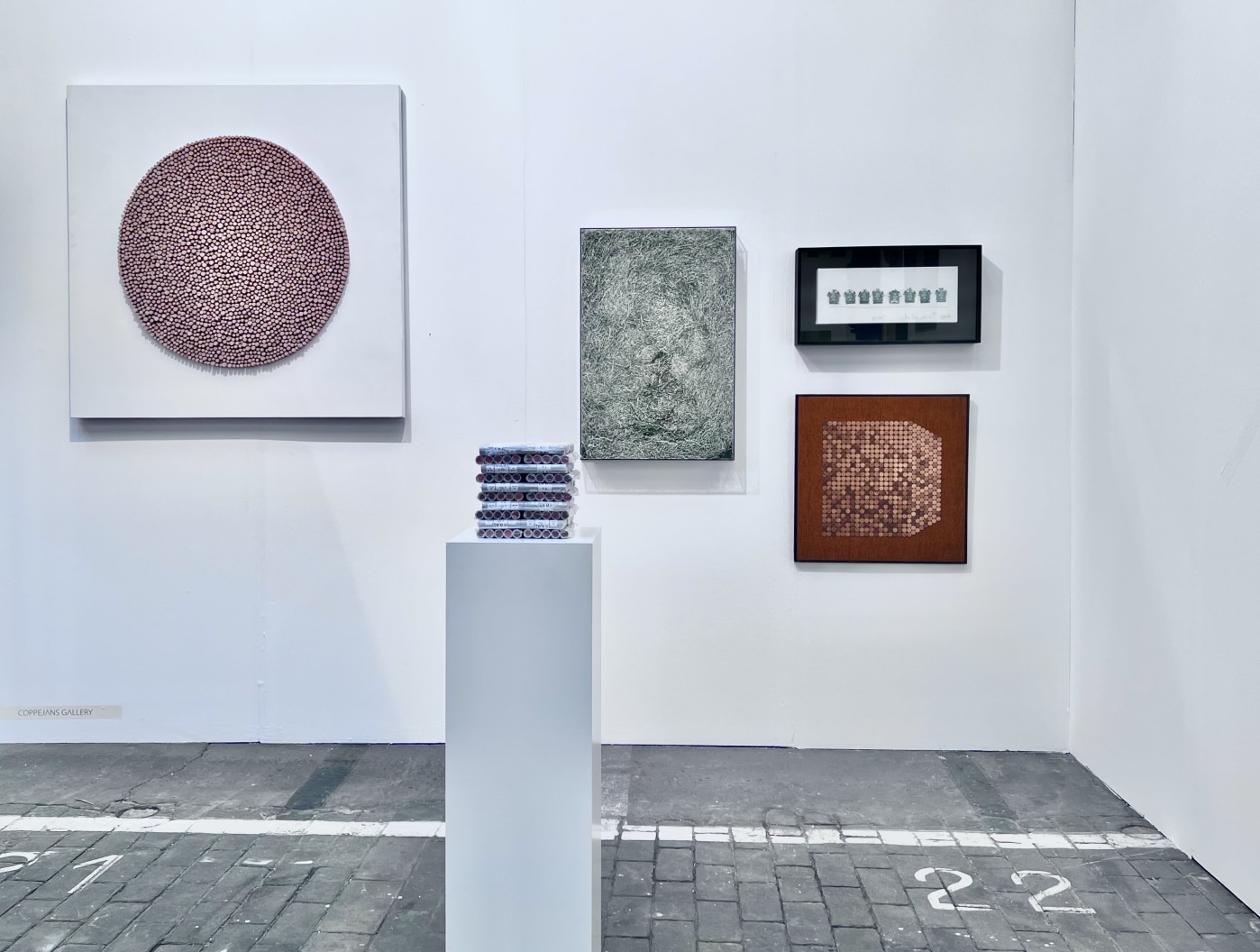 Coppejans Gallery showed work by the Dutch-American artist Jan Henderikse (1937), who has been working on a consistent body of work since the end of the 1950s. With his assemblages, photographic works and installations, Henderikse balances on the fault line between ZERO, Nouveau Réalisme, Pop art and Conceptual art. It is precisely this multiformity and the seemingly careless choice of different media that underlies a coherence that transcends all 'isms'.

Since the mid-1970s, Henderikse has been working with 'rejects', i.e. discarded objects and residual materials that attracted his attention precisely because of their everyday nature. Henderikse records with the sharp eye of an ethnographer; his interest in the everyday is endless and constant. 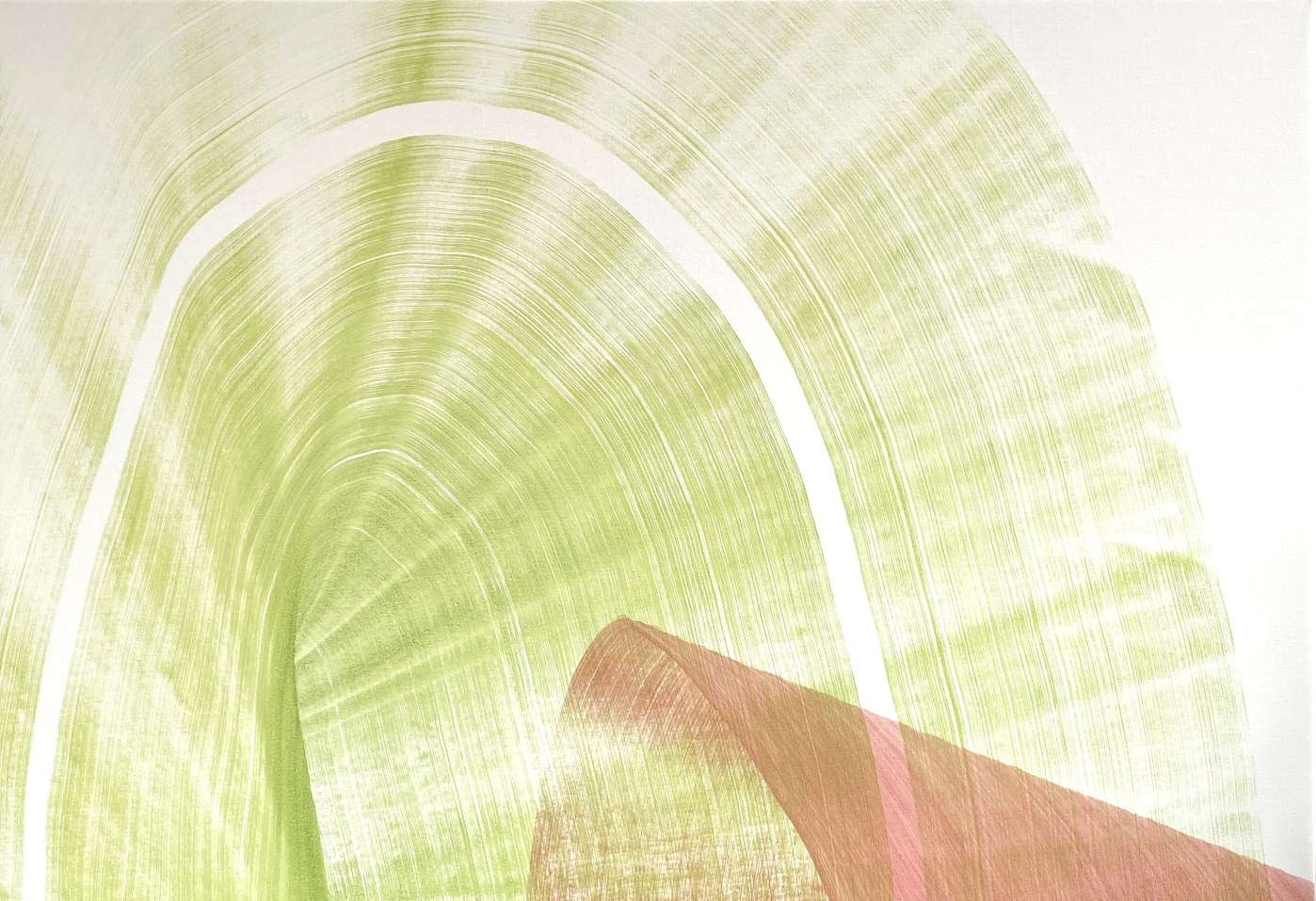 New work by Romee van Oers could be seen at the booth of Franzis Engels. With her almost two-metre-long brushes, the artist creates impressive paintings in which the light seems to come from behind the numerous voile-like layers.

Kees de Vries, Out of the blue, 2021, Galerie Franzis Engels

There is also a beautiful presentation of three abstract paintings by Kees de Vries (220 x 85 cm each). ‘The choice for these paintings with their strong colours - especially the aquamarine, which is used as a pure pigment - turned out to be a golden touch in combination with the peeled-off wall in which the history of the building is tangible,' saccording to gallery owner Franzis Engels. 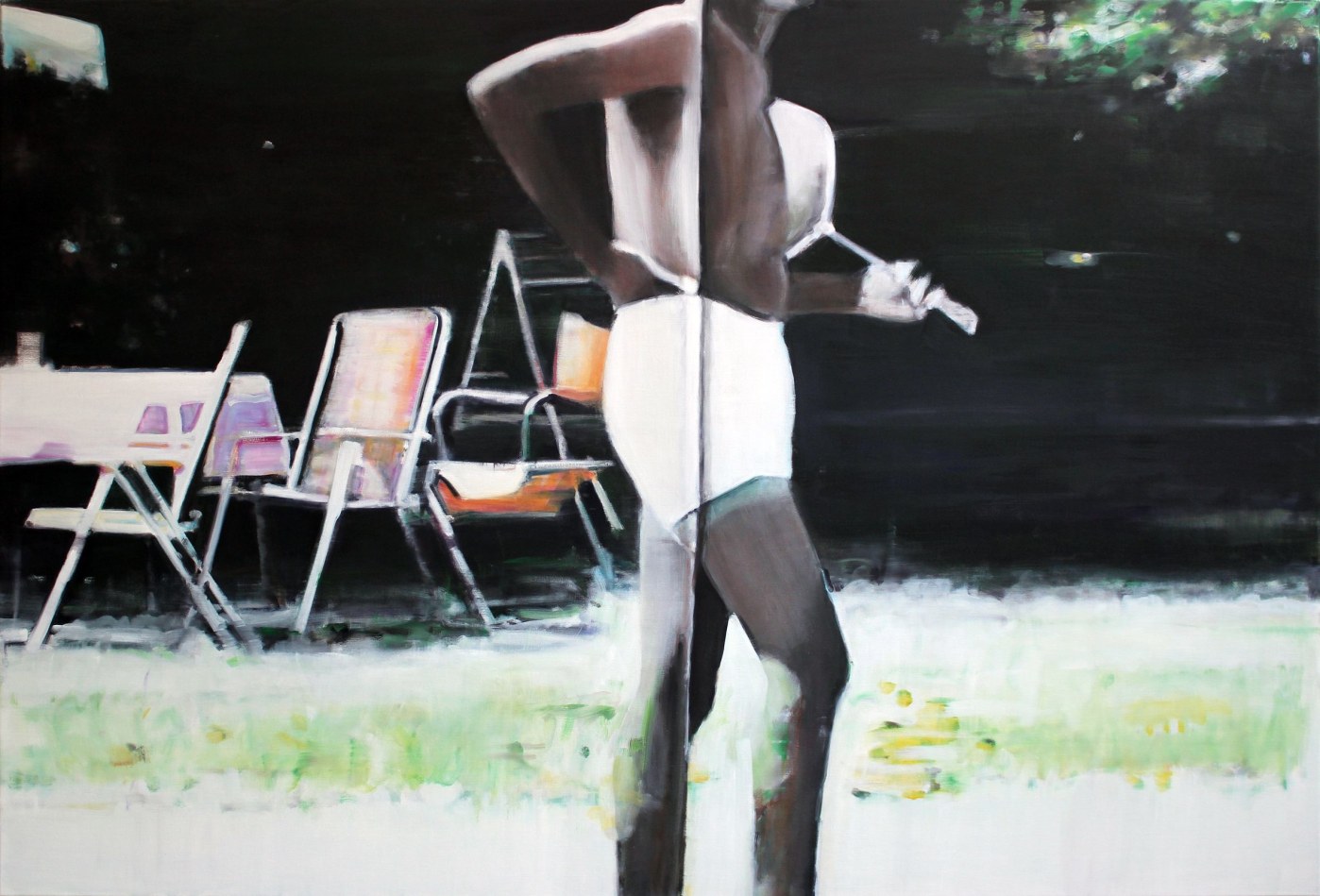 Gallery O-68 showed work by Andrea Radai Radai focusing on the blurred boundaries between the private and the public, and on the effects of voyeurism. The holiday photos of the Duinmeijer family, whose son Kerwin was murdered by a Skinhead, provided the artist with an entry point to investigate not only racism, but also the power dynamics within the intimate arena of the family. Maaike Kramer's work highlights underlying process patterns to show that spaces are made by people as containers in which ideas are stored. 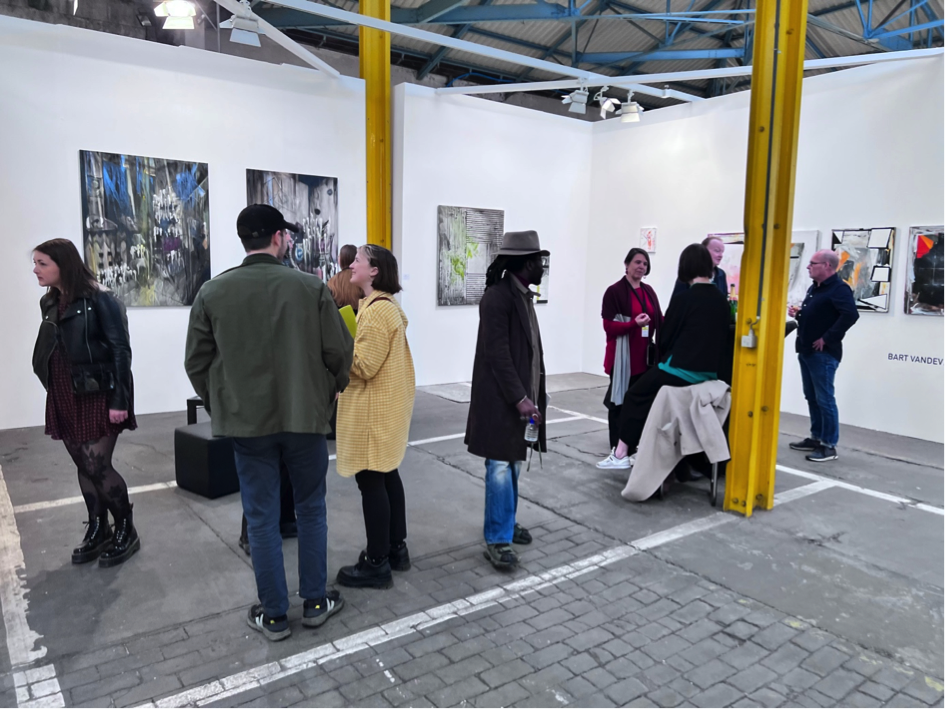