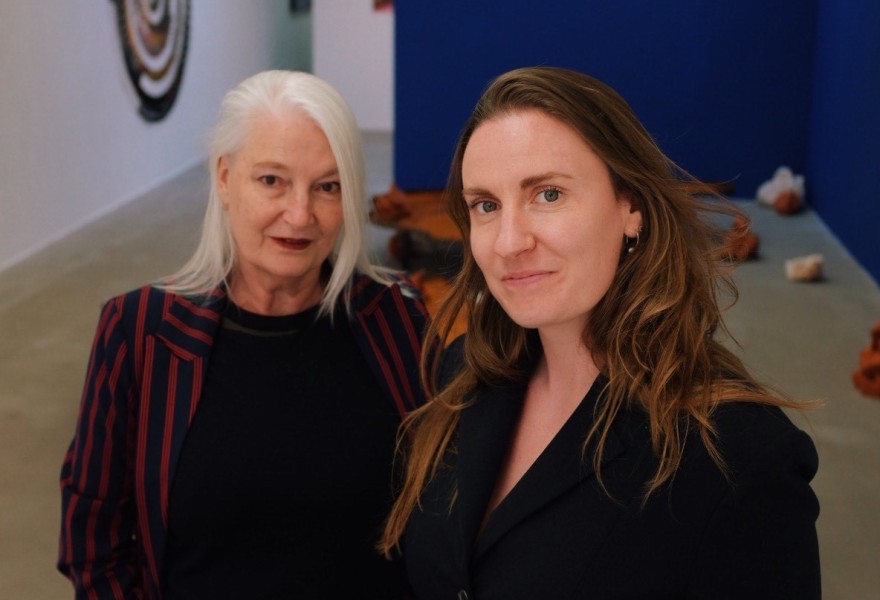 Leylâ Akinci & Renan Beunen. Photo: Bart Niewenweg
In the section 'The gallery of' we talk to a selection of gallery owners from the Netherlands and Belgium: when and how did they start their gallery, what has changed in the art world since, what is their profile, what do they collect themselves, and what has been the impact of the pandemic on their gallery? In this part: Leylâ Akinci and Renan Beunen (AKINCI)

When Leylâ was pregnant with me, she started the gallery, so I literally grew up with it. The gallery started out on the Singel in 1988. A few years later my parents chanced upon a building on the Lijnbaansgracht, which had been used, among other things, as storage for Unox and a French bank. It was a gigantic open space, and my father and Johan Jonker had walls put up there, which is why there are now several galleries next to each other, one of them being AKINCI. I spent a lot of time there and grew up with the artists around me. I remember endlessly playing Tomb Raider with Edwin Zwakman on the computer, and we went to the fair in Purmerend with Pipilotti Rist. But, that doesn't mean I always liked what my parents did. Everything at home revolved around the gallery, all the time and energy went into it. As a child I sometimes found that quite difficult, so I resisted it for a while. 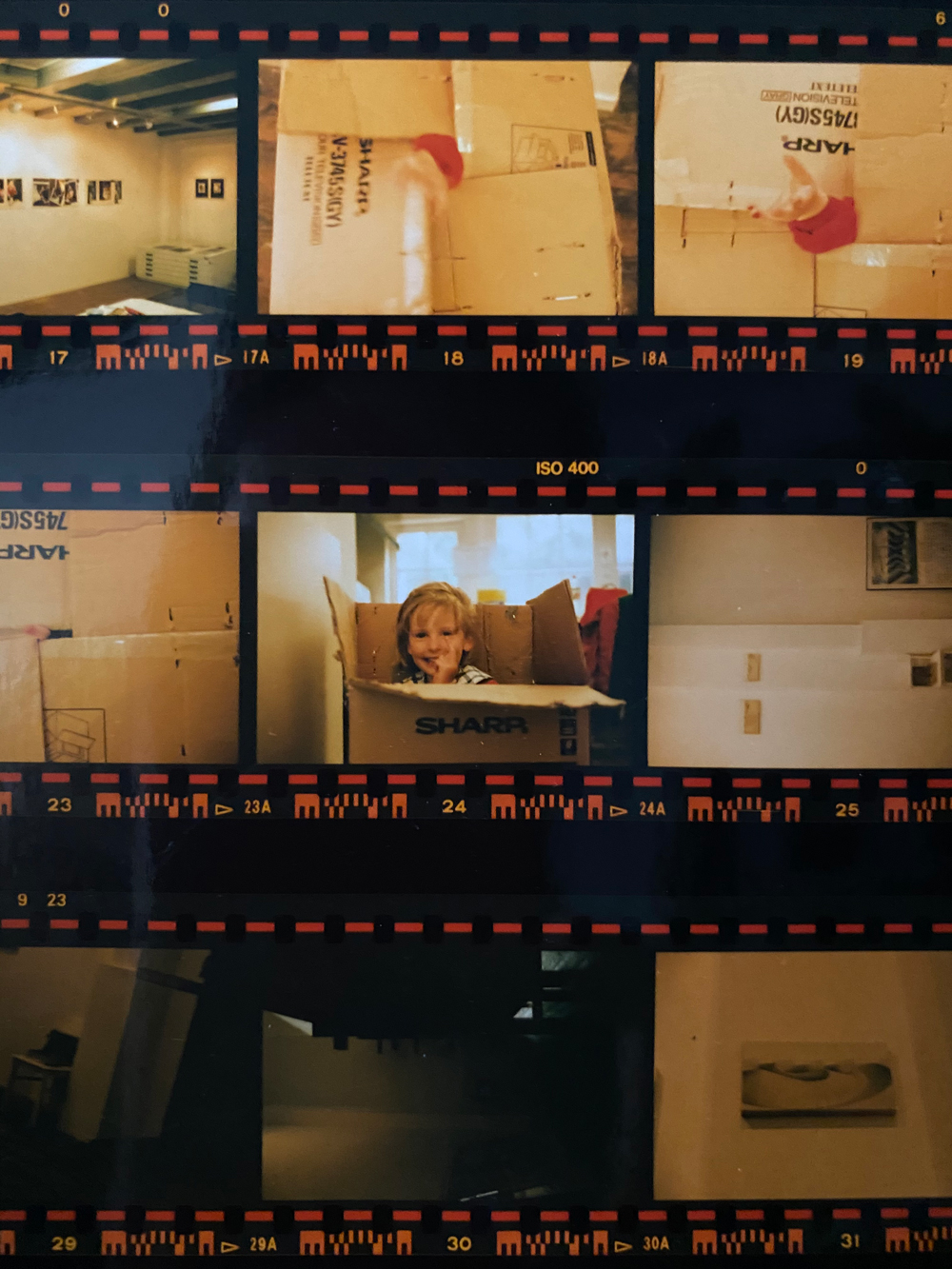 Contactsheet during building up Sef Peeters, 1991.

When I started studying interior styling, a teacher showed photos of Esther Tielemans during class. It was then that things started to sink in. I thought: hey, that's an artist represented by my parents! After my studies, I started working at The Frozen Fountain, a leading design store in Amsterdam. More and more pieces of the puzzle began to fall into place. I started to understand better and better what my parents actually did, and that it was really cool. At one point I felt like I had achieved what I wanted to achieve at The Frozen Fountain. When her assistant stopped at some point in 2012, Leylâ asked if I wanted to come and work in the gallery. I was quite relieved at the time that she asked. Otherwise I would have felt a bit passed over. 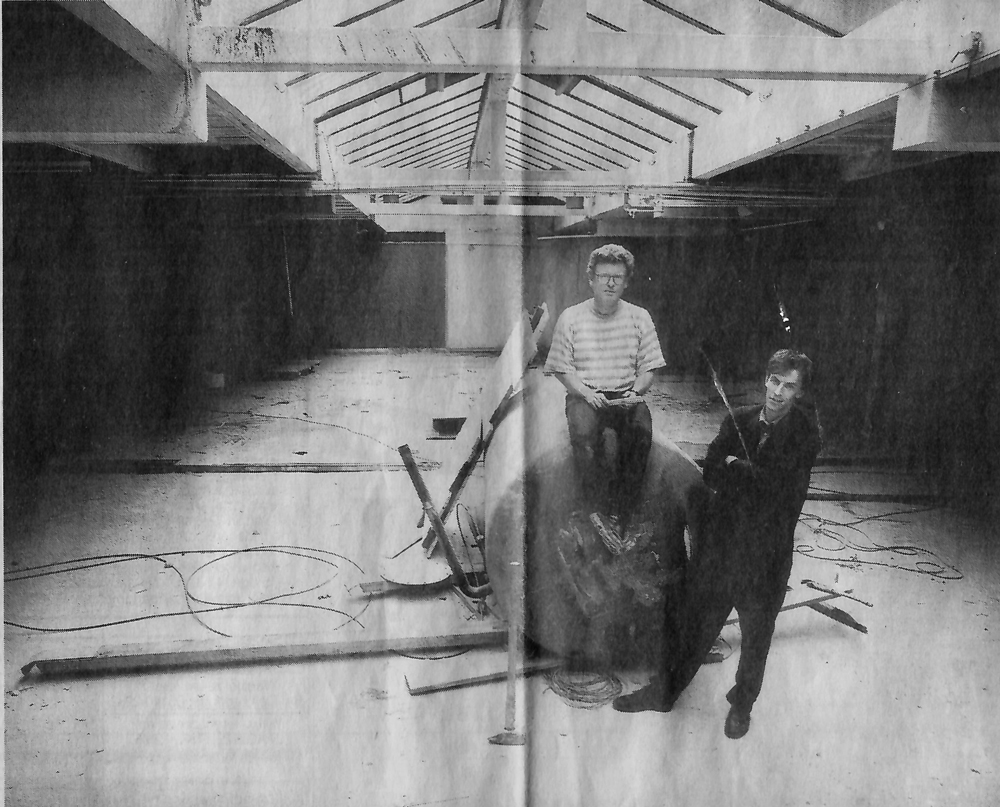 What was your first job in a gallery?

Actually I have always worked in the gallery, from a very young age I helped where I could. I must have labelled tons of (then still paper) invitations that were sent all over the world. When I was 12 years old, I served the drinks at the openings, and that's how I got to know everyone over time. I also often attended art fairs with Leylâ, because I could get a few study credits for that. When I really started working for AKINCI nine years ago, it took some getting used to, both for Leylâ and for me. We had to figure out how to work together in business and be mother and daughter. I think we found a good mode for that. 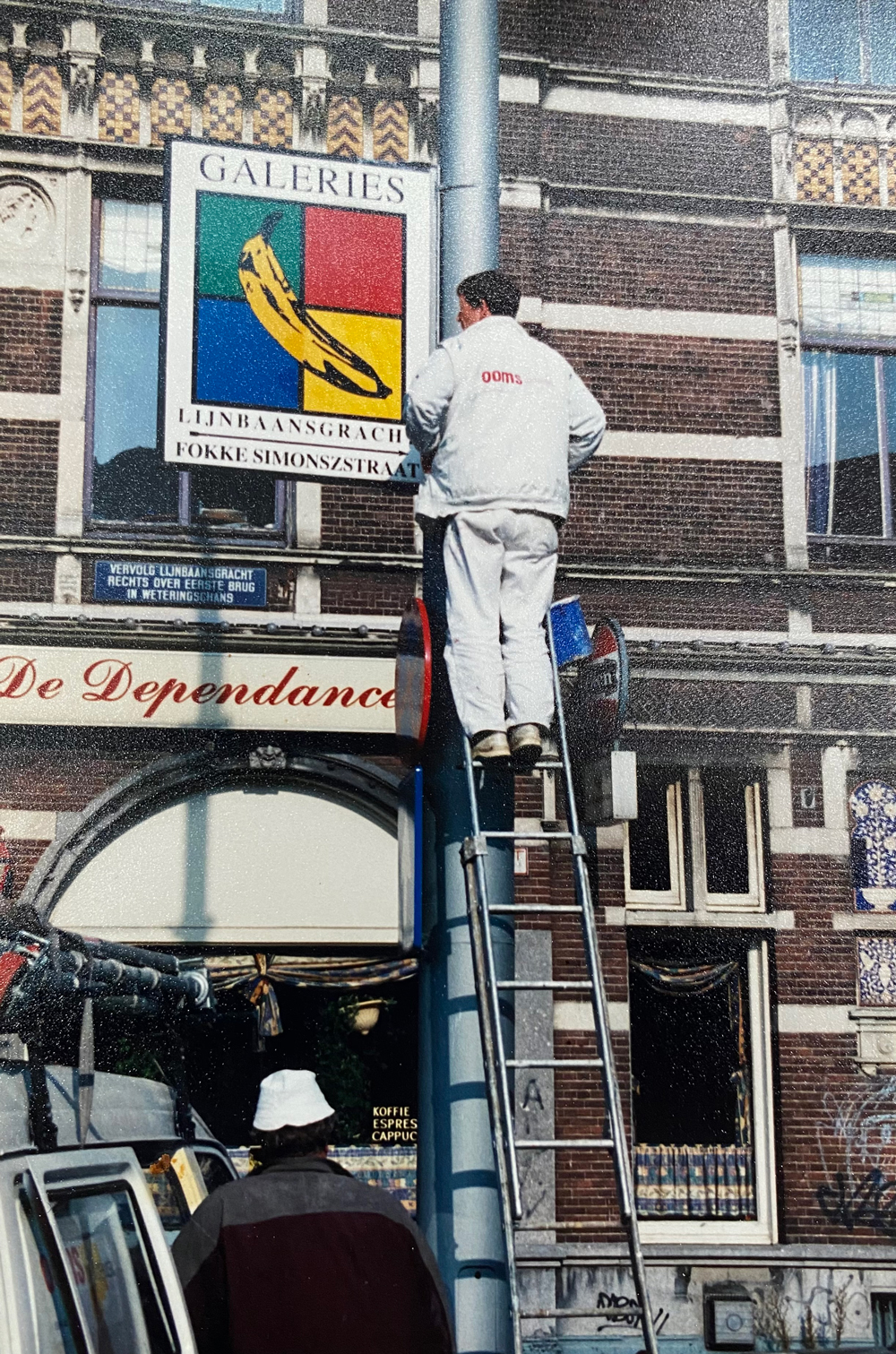 What I think is very special is that right from the start of the gallery, in the 1990s, Leylâ wanted to exhibit female artists. She was the first gallery to show Pippilotti Rist from 1993, with whom she made a first solo show in 1995. She has also made exhibitions with Ida Applebroog (in 1992 and 1994), Ana Mendieta, Carolee Schneeman and Valie Export (2005). Now they are all established artists, but there were few places showing many female artists. With us it was no question, no quota. They made great art in less common media for galleries, especially video and performance art.

In the early 2000s, the gallery showed, among others, Kutlug Ataman and Elke Krystufek who dealt with various issues surrounding gender and sexuality. The gallery had found a theme in that. We represent many artists who expose very important issues in their work; often the work also 0o a political layer. You can see that with Lungiswa Gqunta, Sarah Naqvi, Juul Hondius, melanie bonajo, Charlotte Schleiffert, Anne Wenzel and Gluklya, for example. We want to offer a stage for that, which we think is very important. I have a lot of respect for our artists, for how they stand on the barricades, and I also learn a lot from them.

When I was very young, my father gave me a small work of art by Douglas Kolk. It was pink, and it read, "Welcome to the world of tough guys, Ficelle." At first I just liked it, but later, when I learned to read English, I started to understand what my father wanted to tell me. It taught me that you can convey something through art. And that is also possible through a performance, photo, sculpture or film. Our strength lies in showing many different media. It's not so much that we look at what sells well, but we really represent artists from the heart. I am proud of the artists and of our team, which consists of strong women. 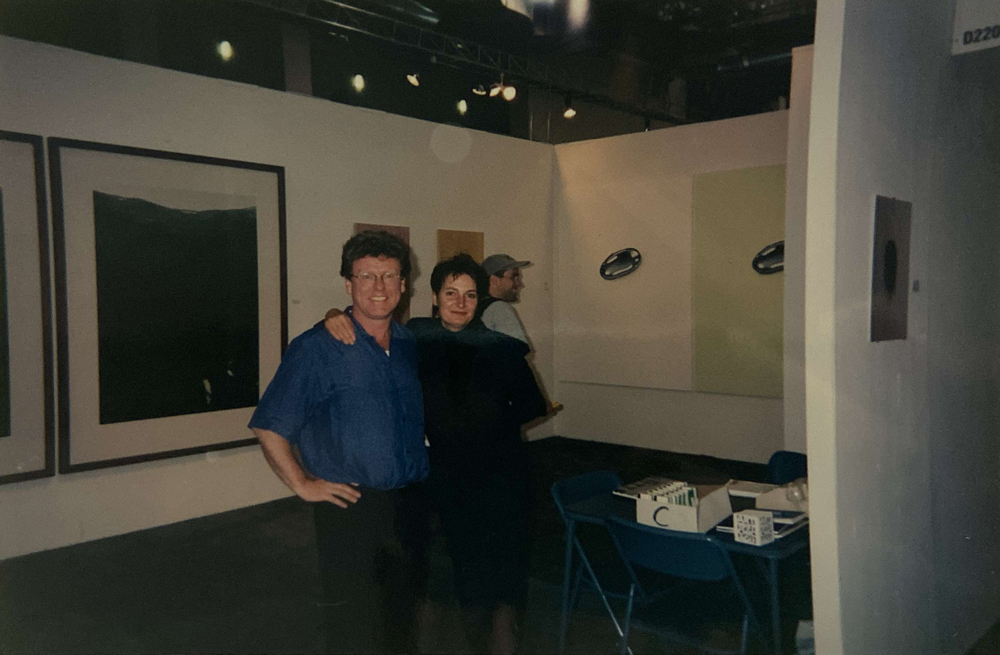 What I enjoy most is working with the artists, collectors, curators and museums. I see the collaboration with an artist a bit like a seed you plant: some grow faster than others, some you harvest sooner and others later; it takes time. We want to offer that time and space at the gallery.

Selling a work to a private collection is great, however, it is also very rewarding if an artist is included in a museum collection or shown at a biennale or documenta and is able to spread his wings. We also find it very important and exciting to represent many young artists in addition to the artists with whom we have been working for a longer period of time. For example, we have been working together for a long time with artists such as Stephan Balkenhol, Thomas Huber, Axel Hütte and Jaap van den Ende. A collaboration with an artist is intimate and special and when great things happen it really feels like something you have achieved as a team. We are of course as proud that Melanie Bonajo now represents the Netherlands at the Venice Biennale. 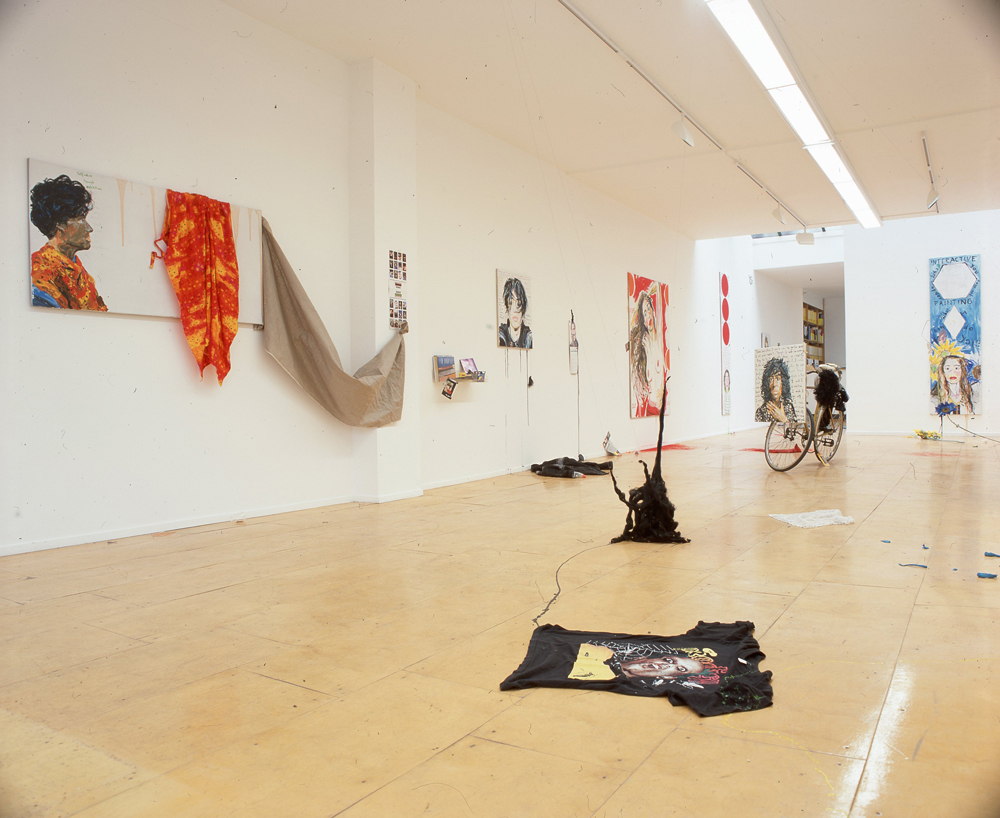 I don't necessarily feel related, but I admire all the galleries, and in particular some of the galleries in Amsterdam. No Man's Art Gallery, for example. When I see the endless energy that Lih-Lan and Emmelie put in everything they do I think: those chicks really rock. And I also have a lot of admiration for Renee Albada Jelgersma, my neighbour. 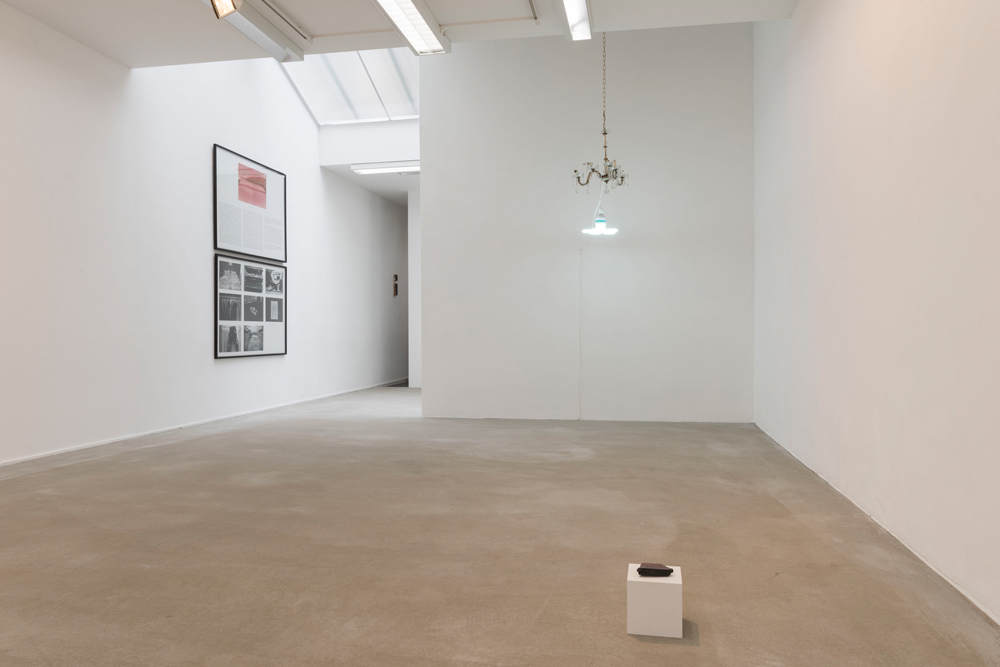 I don't have to think long about that, that would definitely be Tracey Emin. Actually, I'm not much of a romantic, but when I read her lyrics and see her drawings, I really melt. It touches me deep inside. Maybe it's her Turkish roots that make me feel connected to her, I don't know. 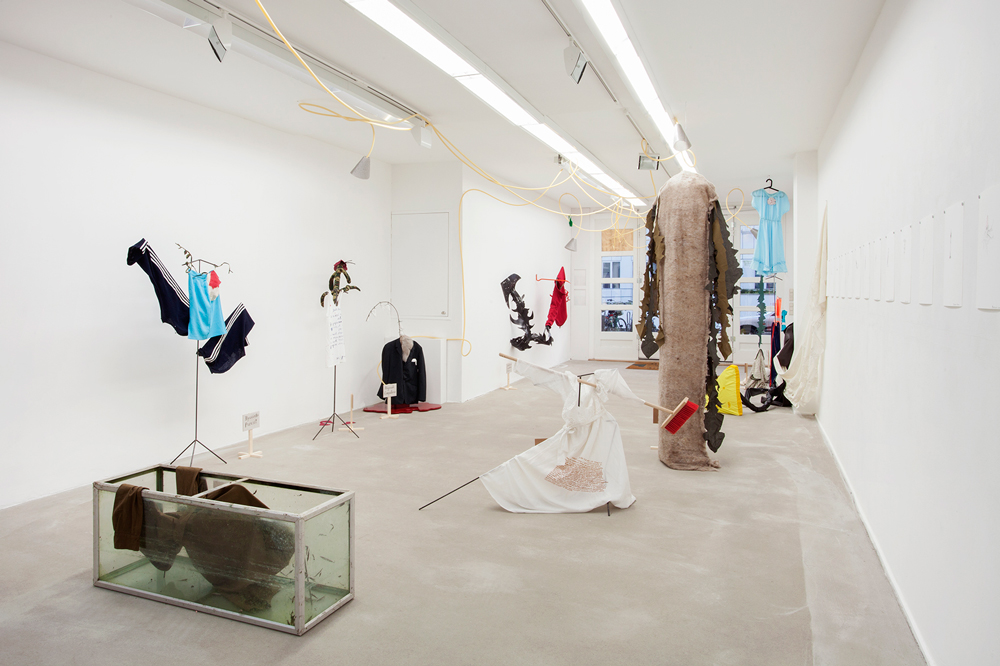 A very special moment for me is that since January 1 this year I have become co-owner of the gallery with Leylâ. I find that exciting, I never expected it when I started working here. With this I hope to be even closer to the artists and everything we do in the gallery. Leylâ and I have a lot in common in our choices and in our policies. We also disagree sometimes. Then we talk about that; We understand each other in how we differ. As for the market, I notice that the tendency of collecting has changed among the new generation of art buyers. In the past, the impulse to collect art was much more common. The need to collect a lot of works from one artist is now less common; people prefer to buy work by different artists instead of following a body of work. At the same time, the range of works on offer has also grown internationally, which in my opinion means that (young) collectors and interested parties are overwhelmed at an art fair. The offer is already huge there, but online it goes even further. Think of large platforms such as Artsy and GalleryViewer, but there is also a lot offered on Instagram, for example. So where do you start?

I think that building bridges to a new generation of art buyers is also something in which I can and want to play a major role. The step to walk into a gallery is a big one for many people. We really need to lower that threshold if we want to bind a new generation to us. The elitist edge should be removed. What else has changed? The fax is gone. Fantastic. 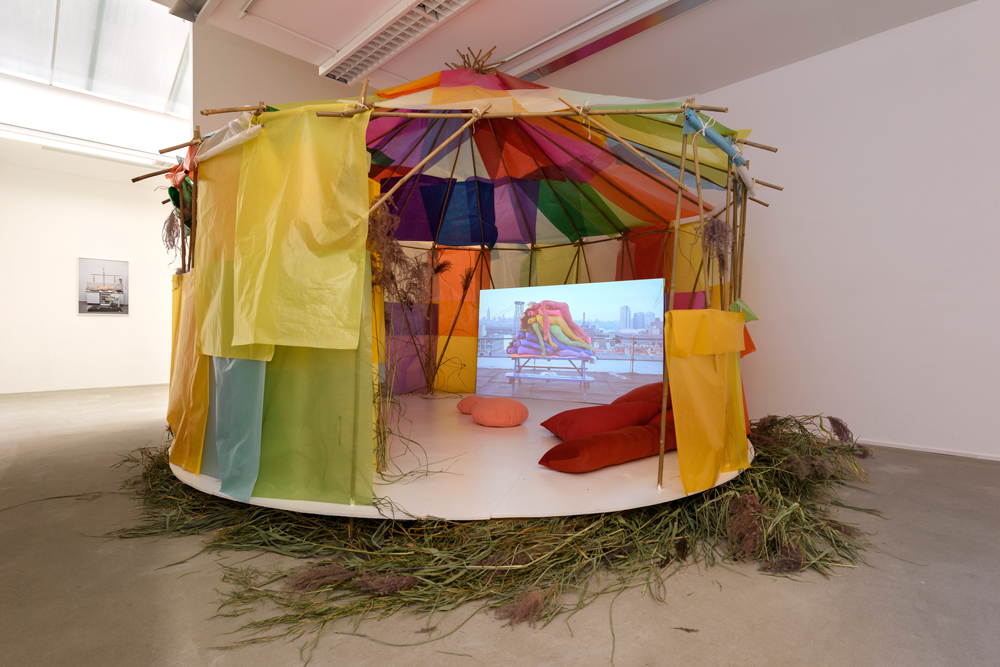 When I buy a work, it is often by an artist we represent. I think it's important to collect work from artists you believe in one hundred percent. Sometimes I look at a work that we present in the gallery for a longer period of time and your interest and love for the work grows. Then I have to make the decision, sometimes the artists help me doing so. 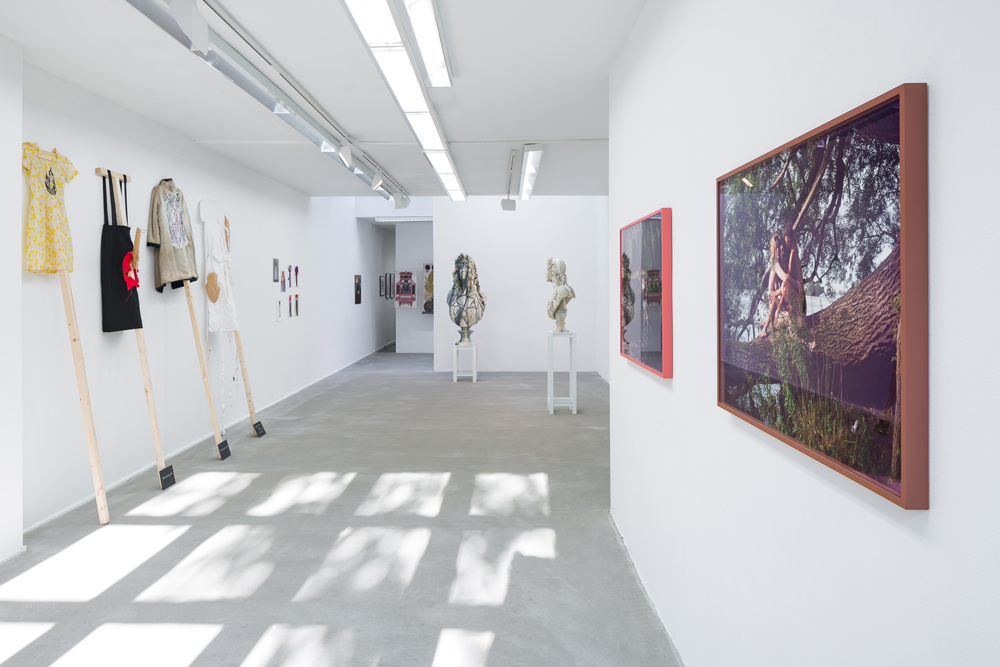 We did notice at the beginning of the pandemic that we were selling a lot more work online, which I think was positive because it might have lowered the threshold for some collectors. We also made a series of podcasts during the first lockdown, in which artists talked about their work and offered their opinion on the situation, but also about their vision on other issues that recur in their work. Much of the work they discussed in the podcasts ended up being created.

Zoom is a discovery when it comes to collaborating with the artists. For example, you can really do a studio visit in South Africa together with the artist. This used to be done by phone or email with photos, but thanks to Zoom it has actually become more intimate. 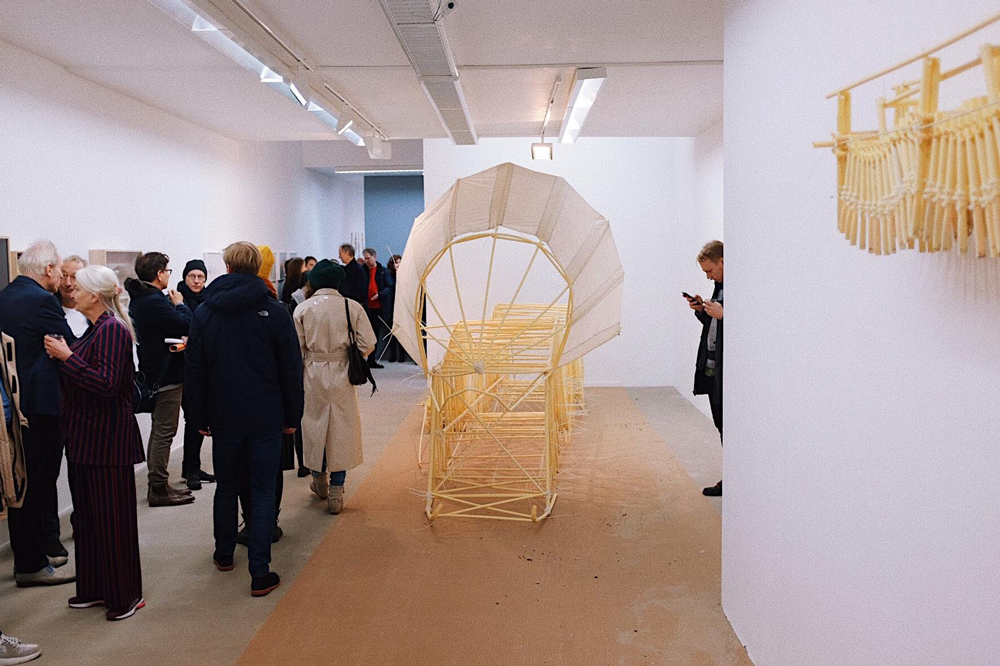