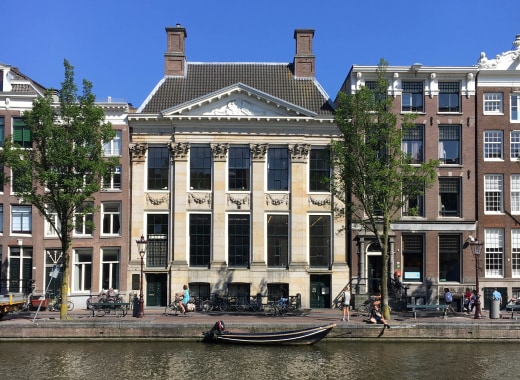 Over Upstream Gallery
Upstream Gallery was established in 2003 by Nieck de Bruijn. The gallery quickly gained a credible international reputation among collectors, art institutions and critics, and is a perfect example of Amsterdam’s internationally renowned contribution to contemporary art. With a focus on radical, engaged, conceptual and post-internet art Upstream Gallery brings pioneering and critical work from artists from the Netherlands and abroad.

In 2007 Martijn Dijkstra joined the team as co-owner and the following year Upstream Gallery moved to a spacious location in Amsterdam’s hip neighbourhood De Pijp (The Pipe). In its fifteen years of existence, the status of Upstream Gallery and its artists has shifted from talented and promising towards more well-known and established - but without losing its characteristic exciting nature. A mix of undiscovered young talent and bigger names keeps the exhibition programme fresh and interesting.

In September 2015 Upstream proudly announced its relocation to a 17th century grand canal house in Amsterdam's city centre. With the relocation to the piano nobile of this city palace, known as the Poppenhuis ('Poppen House') built by renowned architect Philips Vingboons in 1642, the gallery took the next step in its development.