Mark Dion
Born in 1961, United States. Lives and works in Copake, New York.
Dion’s work examines the ways in which dominant ideologies and public institutions shape our
understanding of history, knowledge, and the natural world. The job of the artist, he says, is to go against
the grain of dominant culture, to challenge perception and convention. Appropriating archaeological and
other scientific methods of collecting, ordering, and exhibiting objects, Dion creates works that question
the distinctions between ‘objective’ (‘rational’) scientific methods and ‘subjective’ (‘irrational’)
influences. The artist’s spectacular and often fantastical curiosity cabinets, modeled on Wunderkammen
of the 16th Century, exalt atypical orderings of objects and specimens. By locating the roots of
environmental politics and public policy in the construction of knowledge about nature, Mark Dion
questions the authoritative role of the scientific voice in contemporary society.

“Rectangle is pleased to present Arbeid Adelt, a collaboration with Mark Dion at Waldburger Wouters
Gallery, in which the artist returns to the topic of extinction and endangered species.
In 1989, for his European debut, Mark Dion showed the head of a rhinoceros in a group exhibition at
Xavier Hufkens. His European institutional breakthrough followed in 1993 when he was the first
artist to exhibit in the newly renovated rotonde of M KHA in Antwerp, showing, The Library for
the Birds of Antwerp. The remnants of this work can still be seen at the aviary of the Antwerp
Zoo.” 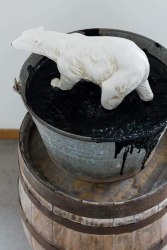 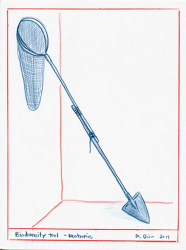 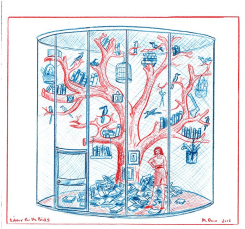 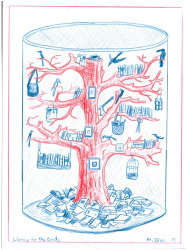 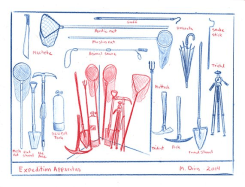 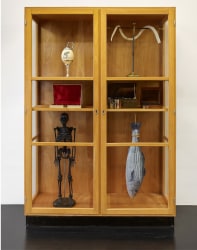 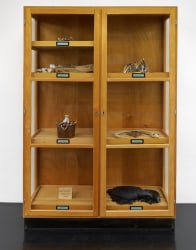 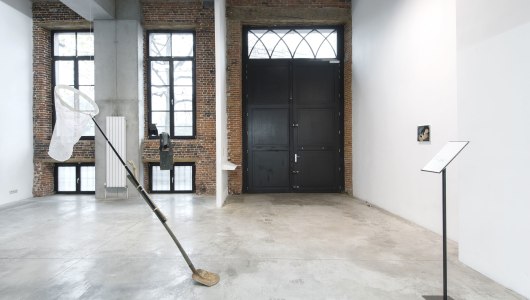