In his expressive works, Bogart focused on paint as physical matter and explored the medium’s sculptural possibilities. Through a process of 'building' with a unique mixture of materials, he fused gesture with matter to create powerfully physical, three-dimensional paintings.

Initially trained as a house painter, Bogart later briefly enrolled at the Fine Arts Academy in The Hague, principally as a way to avoid being conscripted into the German army. During his long career, he worked through numerous stylistic shifts including an early period of figuration, followed by cubist geometric abstraction, gestural abstraction and finally sensually coloured sculptural paintings with heavy accumulations of paint, for which he became widely acclaimed. 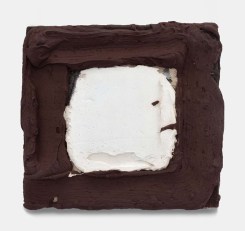 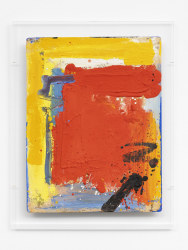 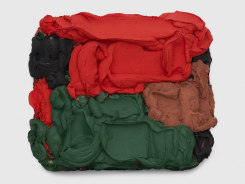 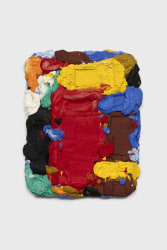 Bram Bogart was born in Delft, Netherlands in 1921 and died in Kortenbos, Belgium in 2012.