Kruysen’s work relates to daylight and the structure of the architecture around him. He makes interventions in spaces that influence these aspects. These interventions can result in both freestanding and space-merging sculptures. His more complex and chaotic language of form in recent years stems from the increasingly complex (visual) culture in which we live. The search for a personal balance in it finds its form in his work. In the midst of his disruptive spatial interventions, Kruysen seek silence: the stillness that occurs due to the sacred effect of daylight. This contradiction is the basis of his sculptures.
Kruysen creates work that deals with his fascination for modernist architecture and its attitude towards sculpture and nature.
Modernist architecture was filled with hope for a new world in which mankind had total control. We all know that this attitude has also led to building in a megalomaniac scale and partly to the destruction of our environment. The monumental architecture with its large open spaces gave a perfect stage for large-scale sculpture. Sculpture was allowed to define the open spaces rather then to decorate them.
Nature was almost seen as a commodity and it resulted in environmental disasters like the city of Brasilia and little wonders like the villa ‘Falling Water’ by Wright. This tragedy of hope and downfall is a feature that is also visible in Kruysen’s largescale installations that seek the balance between construction and destruction. In the theatrical world of modernism the re-use of masks was introduced to emphasize the movement of the body in the more abstract plays. Kruysen has chosen his masks to represent a spirit of nature from the past.

Kruysen was educated at the Royal Academy for the Visual Arts (KABK), Den Haag and the Rijksacademie in Amsterdam. He has exhibited extensively in the
Netherlands, but also abroad for example in Poland and Japan and recently created a sculpture for Art Omi in Upstate New York, USA. Kruysen’s sculptures mostly consist of different materials.
Kunstwerken
Media
Highlights
Over de kunstenaar
In collectie van
Tentoonstellingen
Marktpositie
CV 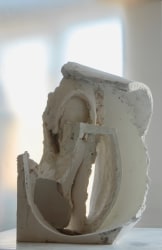 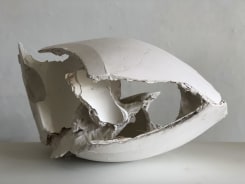 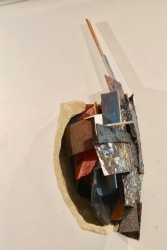 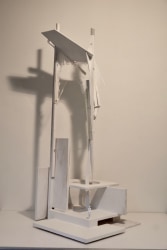 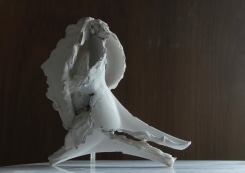 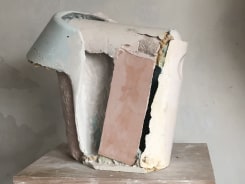 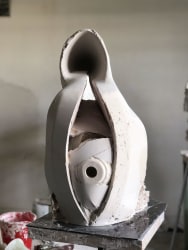 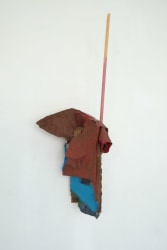 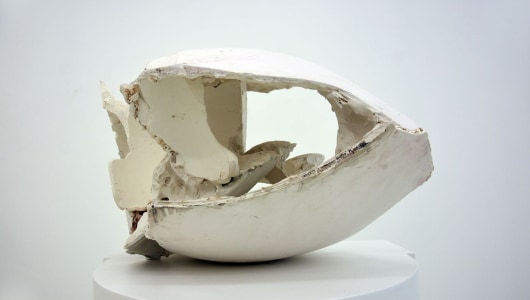 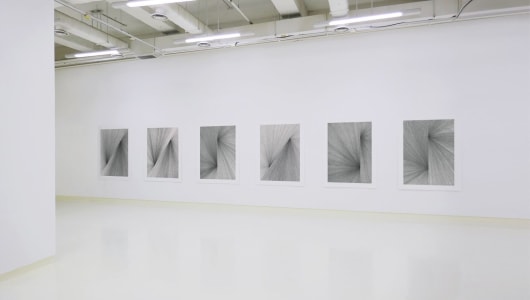