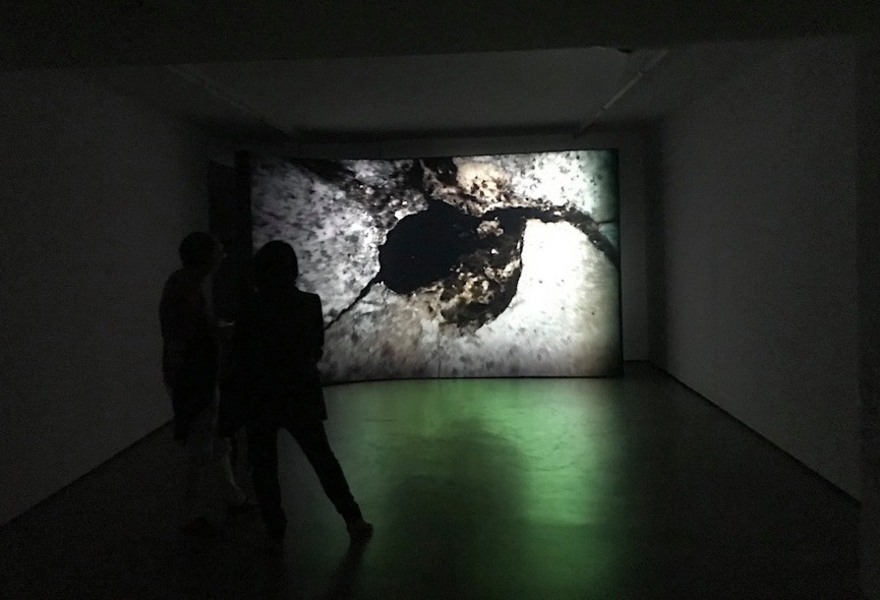 Until October 9, you can see a new installation by Maya Watanabe at tegenboschvanvreden in Amsterdam. The Peruvian artist makes multi-channel video installations in which she subtly depicts unspeakable horrors. In her last two video works “Liminal” (2019, recently shown in Museum de Pont) and “Bullet” (2021, now on display at tegenboschvanvreden) she explores the Peruvian civil war in her own way.

This war is considered to be the bloodiest war in Peru since the European colonisation, a war in which as many as fifty to seventy thousand people were killed, in which another twenty thousand civilians went missing. In the armed conflict between the corrupt Peruvian government forces and the Maoist guerrilla group Sendero Luminoso (Shining Path) — and from 1982 also the Marxist-Leninist Túpac Amaru Revolutionary Movement — systematic atrocities were committed by all sides, affecting the indigenous population in particular. In the 21st century, the country has begun to process this bloody history while holding the perpetrators to account. Yet that is only partly possible; many victims have disappeared so that the perpetrators could escape punishment. Many remains are unrecognisable and bear the sad status NN: No Name. For “Bullet”, Watanabe collaborated with the Peruvian Forensic Team to image the inside of the skull of an unidentified body. This victim was murdered by the government army in 1986 and has become Watanabe’s symbol of these unresolved cases. 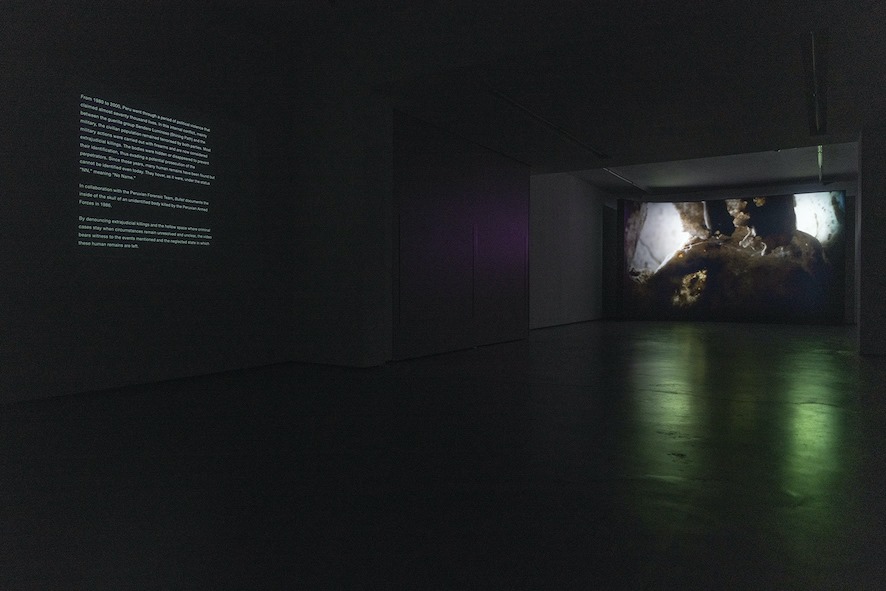 The result is fragmented, as are the memories of Watanabe, who was born in Lima in 1983, amid the conflict. It is striking that both “Liminal” and “Bullet” are shown on back walls that are skewed in a certain way. “Liminal” was projected on a tilted wall in Museum de Pont until September 5 and “Bullet” is currently shown on a curved backdrop at tegenboschvanvreden.

Her video installation “Liminal” in Museum de Pont explored the frustrating intermediate state between mourning and insecurity within the families of these missing persons. For this project, Watanabe followed the investigation into two infamous mass graves in Ayacucho and Huánuco. In one of the graves, they found the people that were killed by left-wing guerrilla movements. In the other, the victims of the government army. The search for the 20,000 missing people is anything but complete; more than twenty years later, hundreds of mass graves have still not been mapped. Watanabe: “This work is about the present, about the spirits of the present. Moving back and forth between the visible and the veiled, “Liminal” tries to show the atrocities, without softening or leniency." In her own way, the artist contributes to the collective processing of this national trauma. Watanabe's work has previously been shown in the Palais de Tokyo, the Kyoto Art Center, the Museo de Arte Contemporáneo de Lima, the Kadist Art Foundation, LOOP and the Beijing Biennale.

“Bullet” can be seen at tegenboschvanvreden in Amsterdam until 9 October.