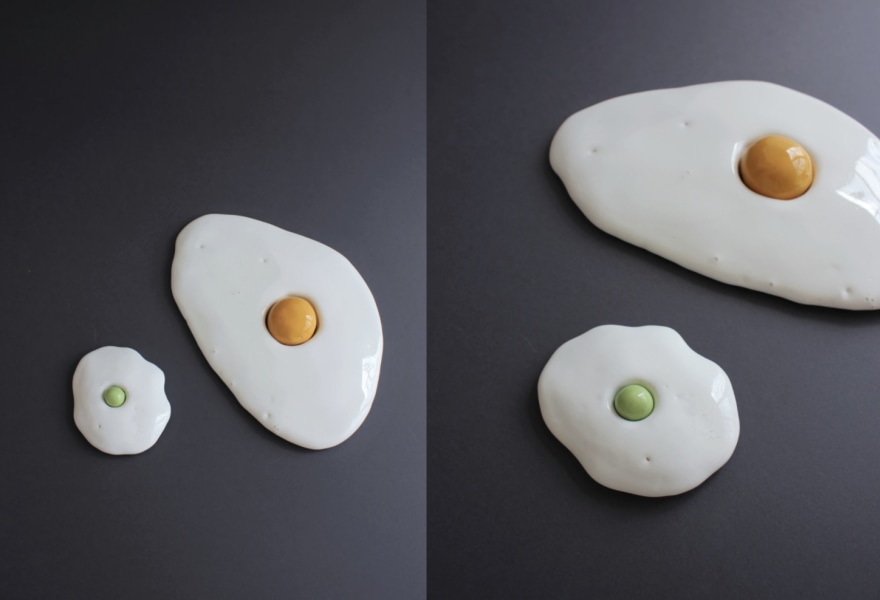 This weekend, Rademakers Gallery will be celebrating a special Edition Weekend, in which a series of affordable editions will be highlighted. These are editions with an unambiguous price and edition size: all works are made in an edition of 50 and are offered for € 350. An excellent opportunity to acquire a work of art for a modest amount. Plus: Since most of the artists will also be physically present in the gallery during this weekend, you also get the chance to discuss the works over a drink. The latest addition to the Editions-series are made by Maayke Schuitema, Yamuna Forzani, Natasja Alers and Isa van Lier. In this article, you get to know these artists a bit better.

Women are central to the work of Maayke Schuitema, who initially studied ballet at the Royal Conservatory, followed by a degree in Visual Arts at the KABK. Schuitema: “As a descendant of a family of artists, I was told that artists were expected to be part of the vanguard; they are obliged to venture into 'cross-border subjects'. Their art should grind and arouse resentment, it should always be in some sort of movement. Freedom of sexual expression was a great part of that. I learned early on that you could even see a naked woman in an abstract painting.” Schuitema appropriated this female image, offering us a female gaze instead. In her large-scale, hand-printed linocuts, she reflects on her own life and role as a wife, mother, partner and artist: on a micro and macro level. For her works, she uses remarkable paper that is especially made for her in Japan. Nice detail: Schuitema won the program 'Sterren op het Doek' from Omroep Max twice. 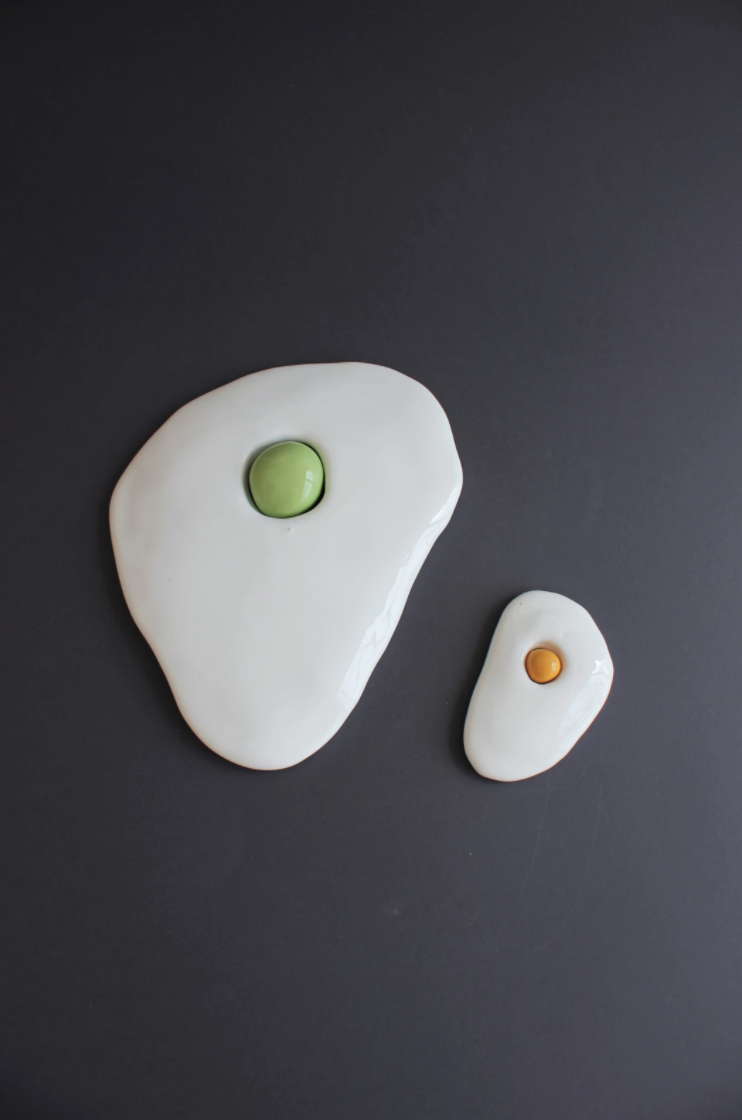 Last week at Art Rotterdam, Isa van Lier caught the attention of the fair visitor with a playful grab bag with small sculptures. The young artist graduated from the KABK in 2020. Her visual language is intuitive and colourful and she is always looking for new ways to understand both forms and non-forms. The ratio has a subordinate role in that, in favour of an art experience that relies on emotion and intuition. Van Lier: “I try to promote the intuitive bodily experience instead of understanding trough reasoning.” Van Lier has described her work as a paradoxical combination of “the abundance and fastness of a supermarket in 2020 and the ancient wisdom that lies within the zen stone gardens you can find in Japan.”

Yamuna Forzani, EDITION - A slice of my world 2, Rademakers Gallery.

Yamuna Forzani: “For me, creativity is a survival mechanism.” Forzani studied Textile & Fashion at the KABK and, in addition to being an artist and designer, is also an activist for queer communities. She is very active in the ballroom scene, a subculture and safe space for LGBTQAI+ communities in which vogue dance competitions are central. In her work, Forzani deals with topics such as gender, identity, sexuality, inclusion and heteronormativity, inspired by the colourful and psychedelic visuals of the 1960s and contemporary visual culture.

Natasja Alers was ten years old when she made her first sculpture. Alers: “My mom brought me in touch with ceramics. She is an artist herself and she always stimulated me to experiment with different materials. Since I got in touch with clay, it felt so natural, that I had to do something with it.” Alers studied ceramics at the Gerrit Rietveld Academy and Fine Arts at the Weissensee KunstHochschule in Berlin, where she she was particularly interested in the dynamic nightlife of the city. The human body plays an important role in the work of Alers, in addition to our inner world. Alers searches for meaning and a certain sensuality and intimacy. In addition to her practice as an artist, Alers is also co-organiser of the Grauzone music festival.

The special Editions weekend will take place at Rademakers Gallery in Amsterdam on 17 and 18 July 2021.