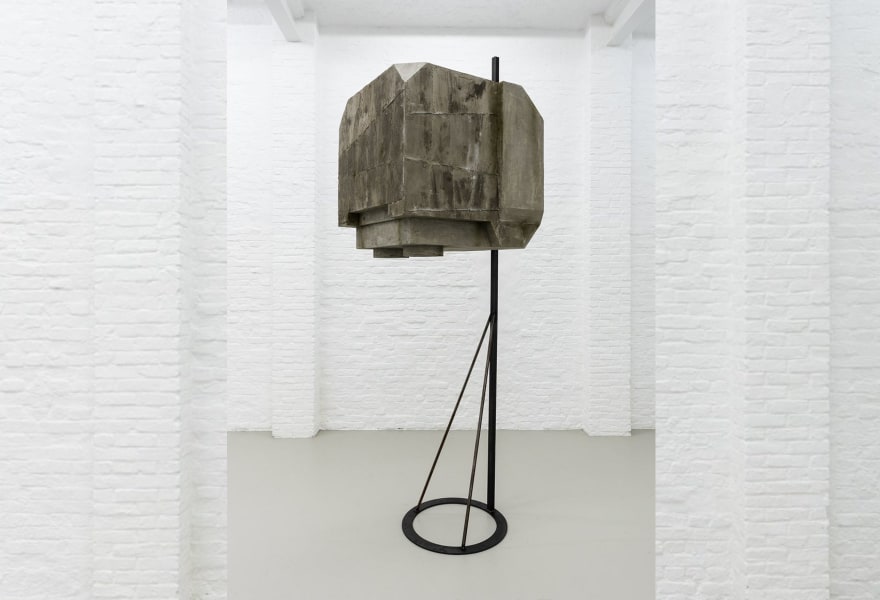 One could argue that Katleen Vinck (1976) explores the relationship of man with his immediate environment and the cosmos by extracting the earth in search of an original monolithic architecture. Her sculptures, three-dimensional objects and prints function as thinking models, in which she tries to trace the relationship between natural phenomena and cultural expressions. She also studies hard-to-define hybrid forms and the no-man’s lands between nature and culture, architecture and sculpture, which embody a form of transformation. Two brief descriptions follow to provide insight into this process:

In the hills around Yazd (Iran) are the Towers of Silence (Dakhmeh) of the Zoroastrians (followers of Zoroastrianism, an indigenous monotheistic religion of Iran founded by the prophet Zarathustra and consisting of the dualistic belief that the cosmos and man trapped between good and evil, 6th century BC to 7th century AD). In this walled cemetery, the dead were laid in rows on a stone floor: the men were in the outer ring the men, women in the middle ring and children in the inner ring. As soon as the corpses had been stripped by vultures, the priests placed the remaining bones in a large pit in the center of the towers. Structures like the Towers of Silence draw Katleen's attention because they are a good example of what her work is about: namely the relationship between cyclical, natural processes (such as the process of dissolution in the Towers of Silence) and their translation into a structure. 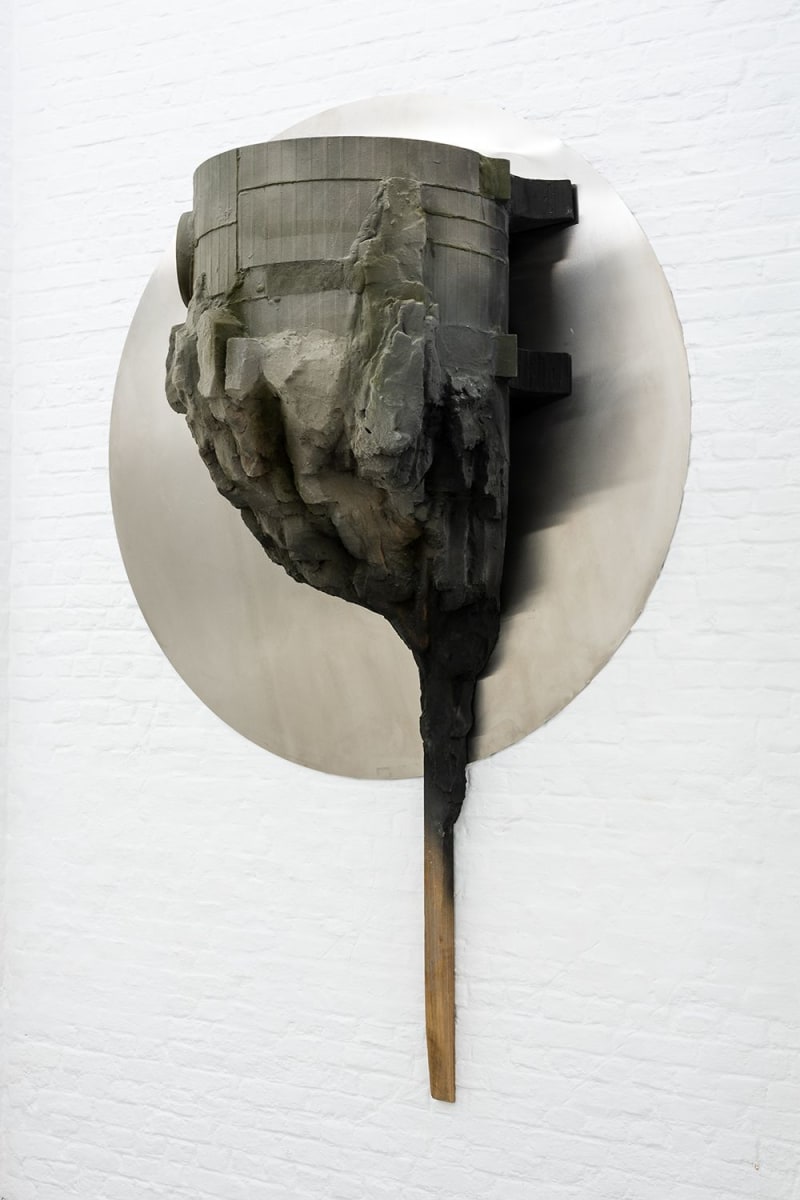 Fast forward to 1970s Paris, where American artist Gordon Matta-Clark (1943-1978), who became known for his site-specific works, created the installation 'Descending steps for Batan'. Matta-Clark dug a twelve-meter-deep hole in the floor of a Paris gallery, which grew into an underground corridor over the course of the four weeks the exhibition lasted. Despite his training as an architect, Matta-Clark has never realized functional buildings. He regarded buildings primarily as sculptures: buildings that had to be demolished were given a final destination as works of art. He did this by means of "Splittings" (cutting a building in half) or "Cuttings" (making holes in a building to let in daylight). Katleen: "The intermediate area that arises in the transition from the architecture of a functional building to a sculpture, fascinates me very much."

For her sculptures, Katleen likes to be inspired by natural forms such as monoliths (rocks that protrude from their surroundings) and monolithic or capsular architecture (caves, craters, bunkers, tanks, submarines, UFOs, space capsules, etc.). These archetypal forms have her special interest because they refer to both past and future, architecture and nature, science and science fiction and reveal how the human brain functions. From this combination of natural and man-made structures, her timeless, amorphous objects (consisting of synthetic resin, hard foam, stone grit and steel) arise that sometimes look rocky, then industrial or futuristic. Nowadays, she also often uses clay as one of the first building materials used by mankind. 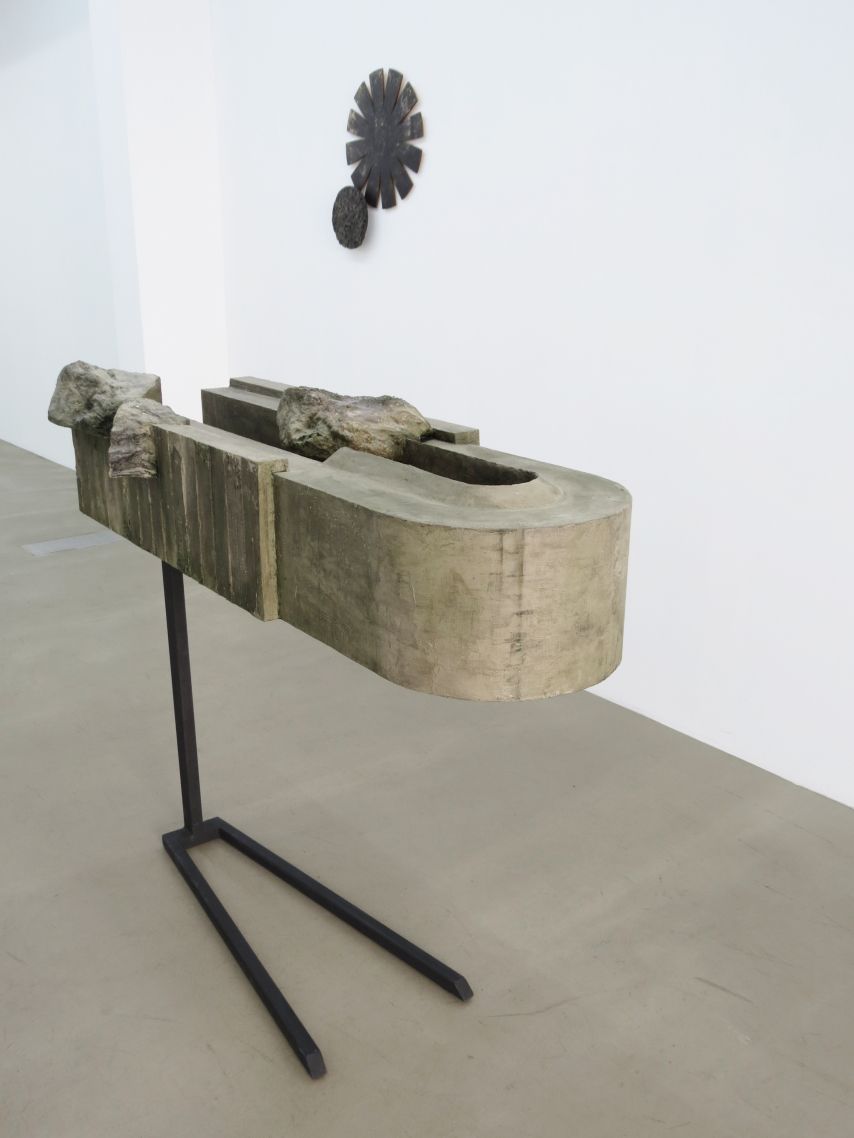 At Ballroom, Katleen is showing a new work entitled "Ambigua", which refers to both nature and culture in the shape of an artificial construction. For example, a functionless monolith (an object with only an outside) can serve as the basis for the construction of a capsular construction (a structure with an outside and an inside). Fascinated by the fact that humans mimic natural phenomena, Katleen tries to fathom this method by means of staging and archiving. To this end, she in turn imitates human imitations using her own typology. Aspects of her personal (Katleen's parents had a company in industrial steel construction until retirement), educational and cultural background (scenography, visual arts and architecture) thus merge into hybrid forms that are as enigmatic as the human brain from which they originate.