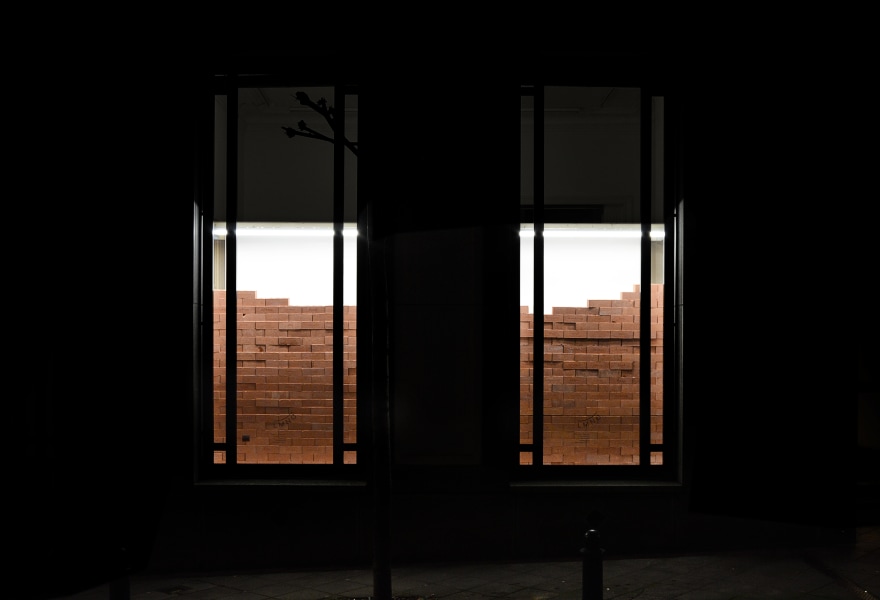 ‘Sound is like an hyperrealist painting where neither the frame, nor the canvas, nor even the colour would be perceptible: only the experience of an intimate image, created by the viewer. It is at the core of this contrast that lies the inexhaustible research around sound, the image, the sound of the image and the image of the sound.’

The Brussels-based artist duo VOID consists of Arnaud Eeckhout (Belgium, 1987) and Mauro Vitturini (Italy, 1985) and was born in 2013 from a shared ambition to explore sound as part of visual art. Not only through their interdisciplinary art practice - consisting of installations, images, objects, drawings, books, performances, videos, public art, text, paintings and food - but also by using sound itself as matter, they create a shift in our perception of sound. VOID’s works shows that sound, despite its immateriality and invisibility, can indeed be part of visual art. Sound needs matter to be seen, but sound itself is also matter. And it can address the same philosophical, poetic and formal issues as painting or sculpture.

The sound of the past

As we know, sound consists of energy fields and waves that can be recorded and registered for some time now. From the late 19th century it was already known that you could record sound on iron wire by means of magnetism - admittedly bad, but still. After the use of acetate tapes and wax records, with the advent of the tape recorder, the sound recordings got better and better. And just as with the still camera, the tape recorder enabled us, for the first time in history, to bring the past to life. Sound was no longer something fleeting and elusive that, once spoken or heard, was gone forever. Just as prehistoric man was able to immortalize the print of his hand on the walls of a cave, so could modern man from now on record the sound of a snap of the finger and capture it forever.

‘The history of art began when prehistoric cultures started
painting the walls in the caves. According to archaeological
studies, today we know that these paintings were realised in
distinct position: where echo is present.’

The Synonym’s Synonyms #Bricks project is part of VOID’s ongoing Synonym’s Synonyms project that stacks synonym upon synonym, based on an algorithm selecting words of similar meaning. The result is a combination of mental images, meanings and correct and incorrect interpretations thereby illustrating the fallible relationship between language and communication. ‘Synonym’s Synonyms #Bricks’ is part of ‘Nightshift’, a series of short in-situ interventions in the showcases of the LMNO gallery in Brussels, which are visible from the street at any time of the day until curfew. For this presentation, VOID had 200 synonyms engraved in bricks that wall the closed gallery, or rather seem to take the gallery hostage. Each copy of the 200 engraved stones is unique because of its specific meaning.

The bricks are offered for only 100 euros each and you can choose your favourite word yourself using this link. Alternatively, you can contact the gallery directly by sending an e-mail to: [email protected]

And last but not least, recently I bought my first engraved brick. A present for my husband that he will receive on February 14th, on the occasion of Valentine's Day. It may be still too early to reveal my choice of words, but I assure you it will be a bull's eye. Do not hesitate and choose your favourite word for your Valentine or Valentina. As a token of love. For is a written word no more than a materialized sound? And - why not - the sound of the language of love?

I wish everyone a happy Valentine's Day.