An interview with Marleen Sleeuwits 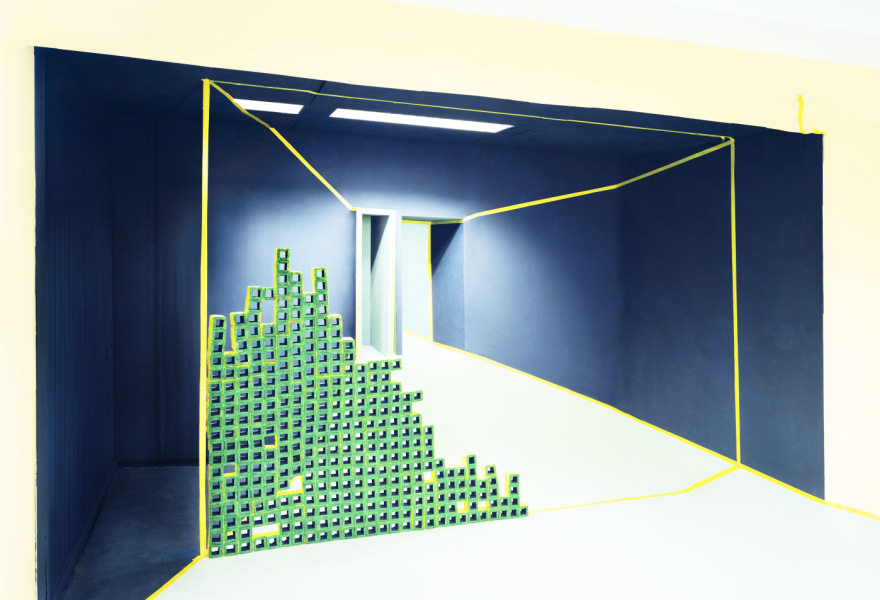 What can an art commission mean for a photographer's career? Since 2015, KPMG Meijburg & Co, partner of Unseen Amsterdam, annually invites exhibiting photographers to submit a proposal for the Meijburg collection. During the 2019 edition of Unseen, Marleen Sleeuwits was selected as the winner from a shortlist of five nominees. The resulting artwork was recently revealed at the head office in Amstelveen. In an interview with Sleeuwits, we learn more about her practice and how a commission like the Meijburg Art Commission comes about. 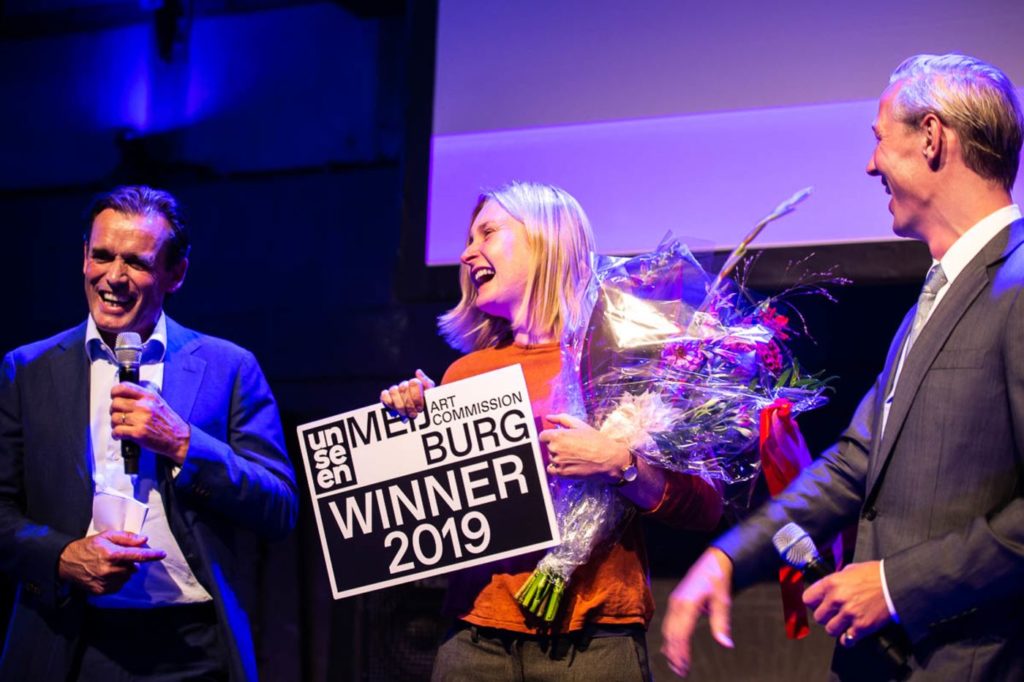 Marleen has taken the existing interior of the office as a starting point for the development of the artwork.

Sleeuwits: “I expose spaces, even fillet them. By constantly extracting an element that I research, I understand it bit by bit. For this work, I was guided by the KPMG Meijburg & Co building itself and its interior in particular. What elements do I actively notice? What is unique here? Which elements can I emphasise?”

Marleen Sleeuwits photographs remarkable and unobtrusive urban spaces for her multidisciplinary practice. These are often impersonal places with an alienating, oppressive quality about them: spaces in which people, details, doors and furniture are missing. As a result, her large-scale photographs look familiar and mysterious at the same time. Sleeuwits: “They are interiors that you encounter everywhere and nowhere, the blind spots in office buildings, waiting areas at airports or the empty corridors of hotels. They are always spaces where there is no connection with the outside.” She recently volunteered to be detained in the Haarlem dome prison for 24 hours. Her work straddles the boundary between two and three-dimensionality, certainly in her more recent installations in which she makes interventions in space: she strips the space or adds layers, experiments with scale and creates optical illusions. She plays with the recognisability of the space and almost transforms from a photographer into a sculptor, painter or architect. Sleeuwits' work is also distinctive for its striking and remarkable use of colour. Her artworks have previously been exhibited in countries including the Czech Republic, Germany, South Korea and Italy (Venice).

Sleeuwits: “My work is increasingly developing in the direction of visual art. It's a good thing to keep pushing boundaries and reinventing myself. In recent years, the focus has been on how you relate to the space around you. For me it's all about the translation from space to photography and from photography to space. In recent years I have mainly worked on location, where the existing space is leading for the work in progress.”

In the oﬃcial jury report, KPMG Meijburg & Co showed a lot of enthusiasm about the artist's work:“Sleeuwits’ project proposal really stood out because it embraced the unique opportunity to create a site- specific work for the Meijburg oﬃces. The originality of Sleeuwits’ work was particularly appealing to the jury; her practice explores the parameters of photography by playing with the combination of two- dimensional images and three-dimensional installations, challenging our expectations of space. Playfulness, intuition and experimentation are key aspects of Sleeuwits’ approach, and we’re confident that these ingredients will result in an inspiring artwork.” For Sleeuwits, reading the report sparked a lot of joy:“I liked the fact that the jury report mainly focuses on the last steps I have taken as an artist. It’s very nice that this is actually seen and appreciated.” 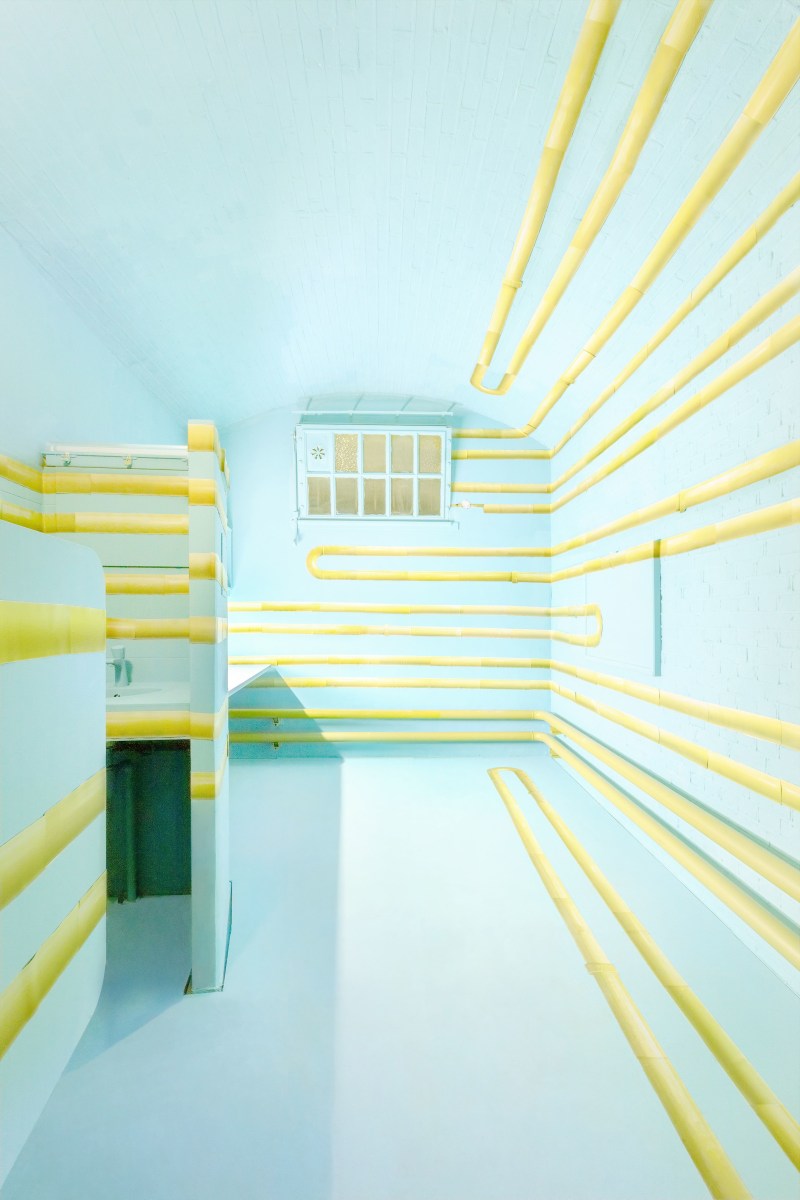 Sleeuwits received a project fund to realise the idea. Sleeuwits: “That also gave me some financial space, especially when the corona crisis began. Not one or two, but at least five exhibitions were canceled and postponed, fairs were canceled and for me as an artist this meant I basically had no income. Because of that, I felt like I had won the prize twice in March. How convenient this all was!”

The creative process that followed was characterised by a lot of research and experimentation. Sleeuwits: “With the final work I wanted to explore the boundaries between two- and three-dimensionality. In concrete terms, this meant that I took pictures in the building and placed the photos of the marble floor in the room, in order to photograph them again. In the end I made a lot of sketches and models using photos of the floor. These served as the basis for the work. The pattern of the floor repeats itself on the same floor but also on the wall, which has a strange eﬀect on your perception. It is precisely by emphasising the recognisable that alienation arises, a kind of weird "Droste eﬀect". For the final version, I chose to print the work on perspex. By subsequently placing them on the same floor an "overlay" is created in which the diﬀerent realities merge into each other. A reality is created that lies between the actual space and the artwork itself.” 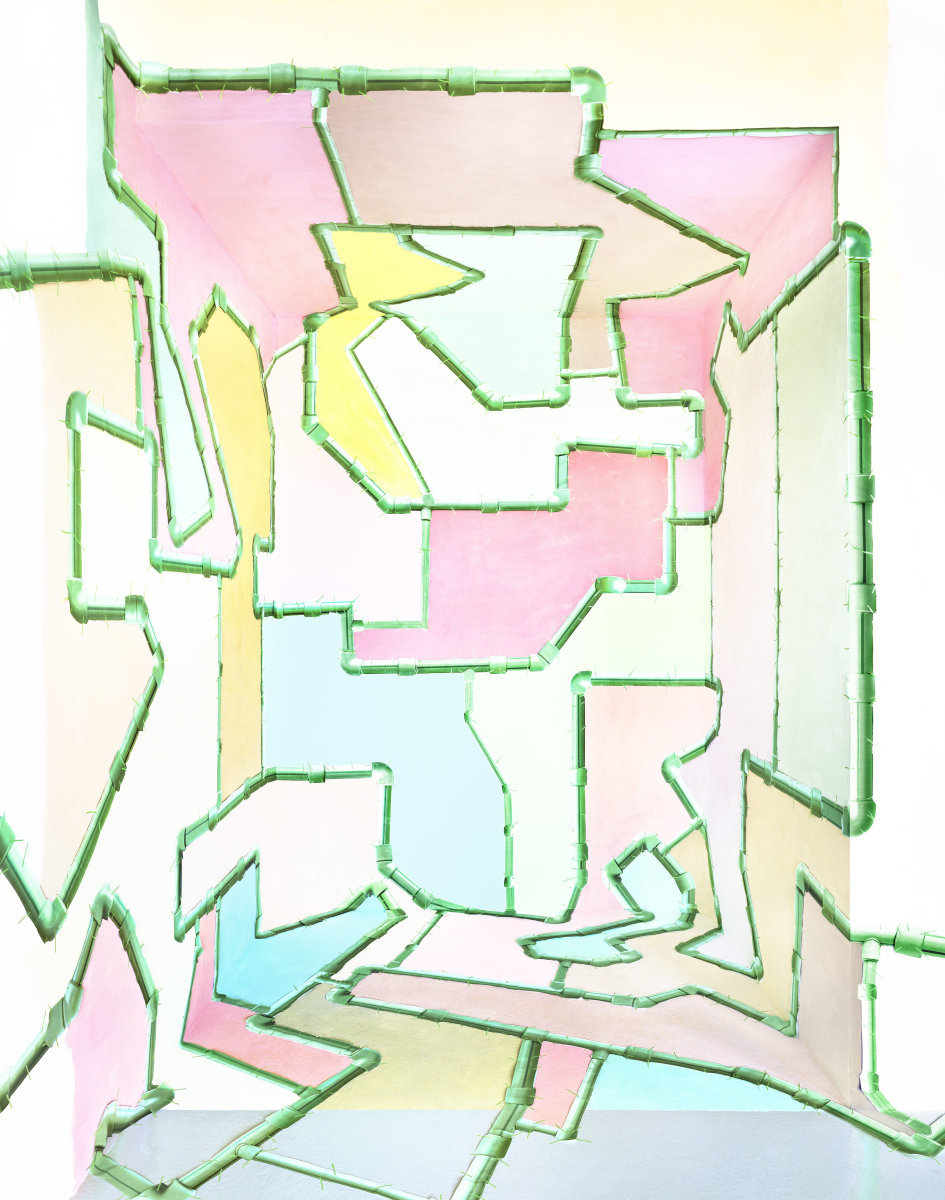 The resulting artwork received positive responses. Jeroen Dijkman (partner KPMG Meijburg & Co): "It is fascinating to see how Marleen Sleeuwits is able to take your eyes into a space she has created in an image." Meijburg attaches great value to the Meijburg Art Commission and the contribution it makes to the cultural sector. “In our daily practice it is essential to move along with the changing society, in order to be able to look at new developments from a fresh perspective. The cultural sector is the basis of innovation and change because artists are uniquely able to break through existing patterns and inspire us.”

“Stay close to yourself, but also see if you can oﬀer something unique for this specific award. Be concrete and make sure you don’t drown in artist terminology."