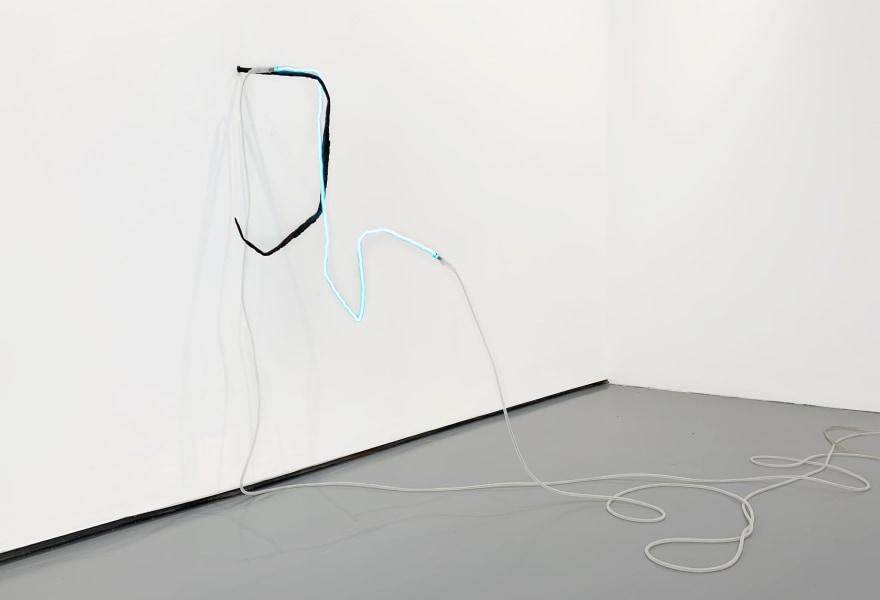 The Opening of the Gallery Season will take place on 3 September. Several new shows will open during that weekend and we mean to give you several previews in the preceding weeks. From that weekend, GRIMM Gallery (Van Baerlestraat) will show new work by the award-winning artist Saskia Noor van Imhoff.

"I am an archaeologist of my own work." Van Imhoff is fascinated by the ways in which we catalog, archive and organise. She is continuously engaged in questioning and researching her installations, both in terms of content and in terms of the context in which her work is presented. Van Imhoff's site-specific and purposeful installations often consider the art world on a large scale - in particular the aspects and systems that are often invisible to museum visitors: the depot, the collection policy of museums and institutions, and the ways in which they preserve, present, catalog, research and conserve art. Which systems of value, truth and status do they adhere to this, both in terms of the methods and the objects themselves? What does this say about the meaning that we as a society attribute to art? In 2015, she showed an installation at De Appel (simultaneously with an exhibition at the Stedelijk Museum), in which she investigated how works of art behave in the different stages in which they are exhibited. How are they treated by the institutions and museums that show them? She tries to visualise the hidden aspects of this underlying infrastructure, showing that it is virtually impossible to disconnect the exhibited object from the environment in which it is exhibited. 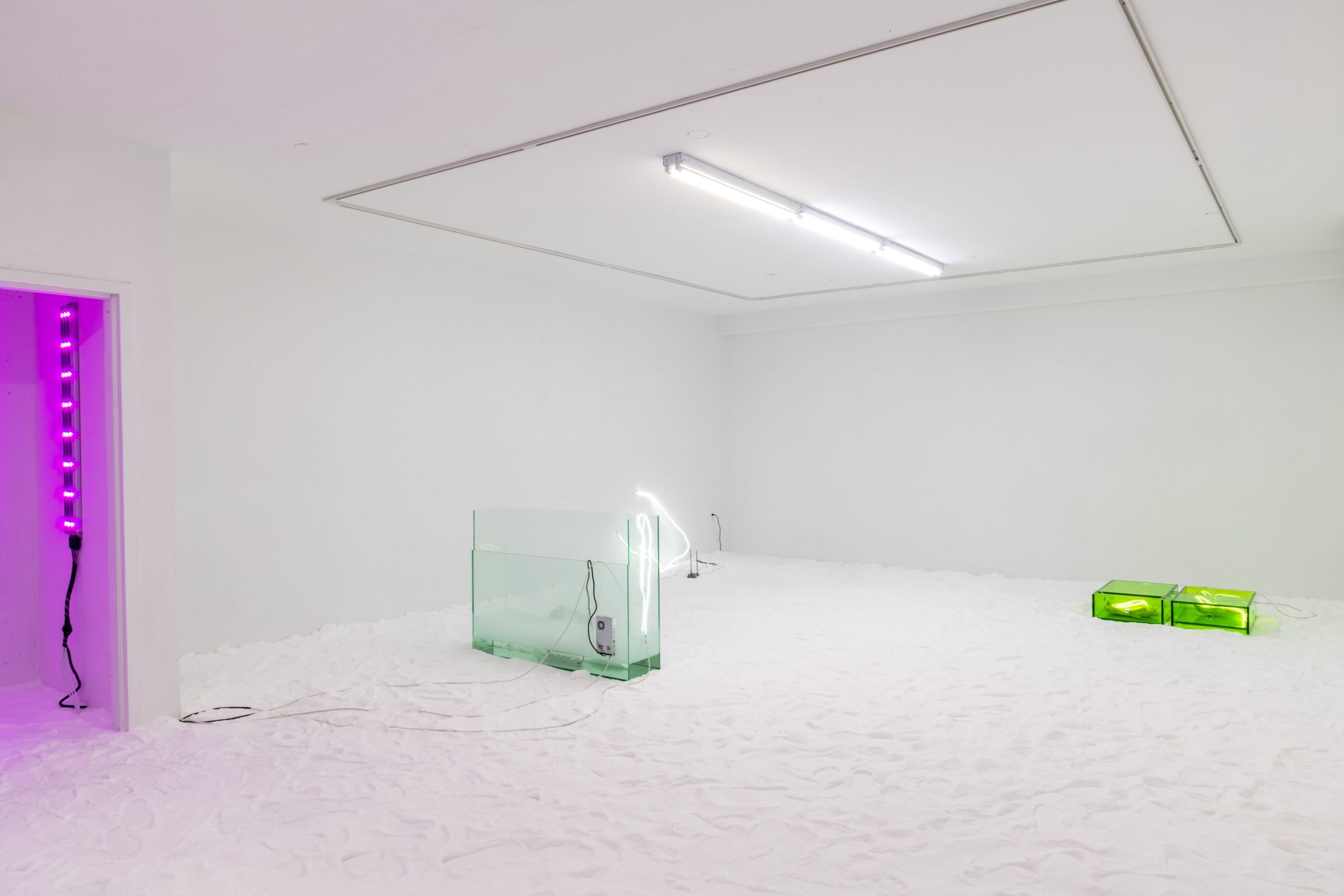 Her installation art is often presented in unusual places within the locations in which it is exhibited. in 2017, for example, her work could be seen in the passenger lift of the Kunsthal and a year later in the Hermitage: in a semi-secret room en route to the toilets. This adds an extra layer to the experience because it causes people to either come into contact with her work accidentally, or extremely purposeful. Her associative and layered installation in De Appel, which also featured daily objects and works by other artists (that were purchased by the artist), was presented as an artificial archaeological excavation with exposed (floor) layers and structures: both literally and as a metaphor. It asks questions about authorship as well. Van Imhoff symbolises this conservation by using, for example, the packaging of anti-aging face cream: offering preservation of sorts, but at the same time, the packaging no longer serves a purpose after its use and will be disposed of. For her installation in the Hermitage, van Imhoff used salt to visualise that process of conservation. 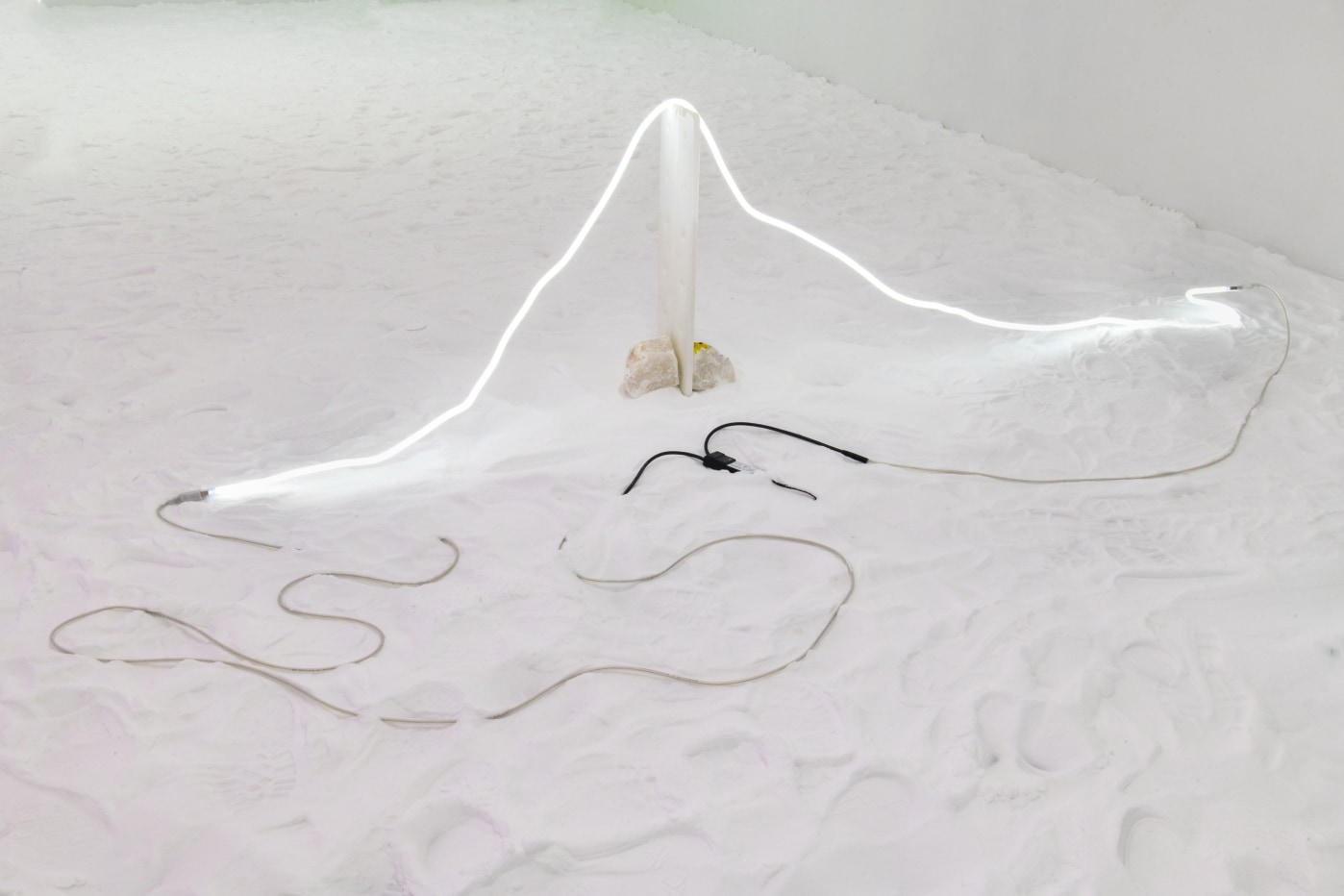 Van Imhoff also incorporates (edited) infrared images and X-rays in her sculptural and conceptual artworks, with which she makes the hidden histories of objects (and research processes) visible. For the installation in the Hermitage - on the occasion of her winning the ABN Amro Art Prize 2017 - Van Imhoff bought works of art from an auction of the ABN Amro art collection: works that were considered surplus. By then exhibiting these in her installation, alongside a bank's ATM machine, she implicitly comments on the bank's collection policy. This installation also featured stones, replicas and parts of her own book, all presented in stainless steel display cases, on pedestals and niches, sometimes under fluorescent pink light. The jury of the ABN AMRO Art Prize 2017 described Van Imhoff as “an artist who explores her surroundings in an idiosyncratic way, making unexpected connections. By reproducing and manipulating images, rearranging existing situations and cleverly intervening in the architecture, she directs the viewer's gaze. Moreover, her location-specific installations in which, for example, humidifiers and climate systems are incorporated, are an implicit commentary on human behavior and our tendency to classify and preserve. Partly because of her strong feeling for material and composition, she knows how to depict her ideas in a surprising and attractive way.”

For the upcoming exhibition in Grimm Gallery, Van Imhoff used new sources of inspiration: the countryside and the meaning of, and care for a piece of land (as steward) and her new role as a mother. What do the concepts of property, influence and ownership mean to the artist, now and historically? For these new installations, she uses familiar materials and methods, such as archival images, neon and plexiglass.

Van Imhoff studied at the Gerrit Rietveld Academy and attended residencies at De Ateliers in Amsterdam and Künsterlerhaus Bethanien in Berlin. Van Imhoff was also nominated for the Prix de Rome (2017) and earlier in her career she won the Gerrit Rietveld Academie Prize (2008). Van Imhoff's installations have been shown during the Gwangju Biennale, at Centre Pompidou, the Arnulf Rainer Museum, the Frans Hals Museum / De Hallen, the Stedelijk Museum, De Appel, The Hermitage and the Moscow Biennale. Van Imhoff's work is part of important collections including the Stedelijk Museum, De Nederlandsche Bank, Museum Voorlinden, the Verbeke Foundation, the AKZO Nobel Art Foundation and the ABN Amro Collection.

The solo exhibition by Saskia Noor van Imhoff will be on show from September 3 to October 10 in the GRIMM location on the Van Baerlestraat.