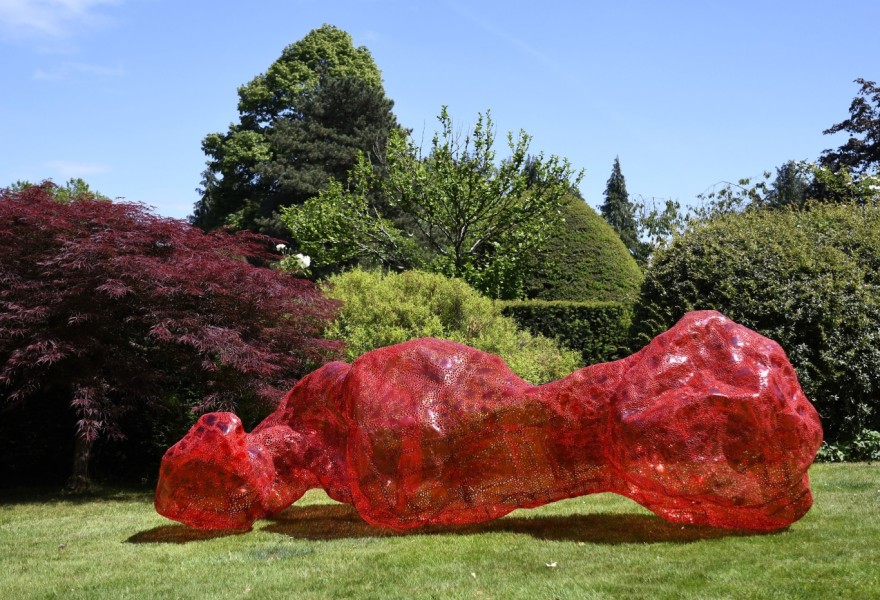 The multidisciplinary practice of this Polish artist consists of redesigning recycled material into organic, biomorphic and sensuous sculptures. In 2015, her work was presented at the Palais de Tokyo in Paris. Wolska describes herself as a 'junk collector' and uses discarded plastic bottles, salvaged wood, rusty nails and foam from old mattresses as materials for her artworks. This way, she gives these materials new life. Yet she isn’t only recycling because of the fact that she’s an environmentalist: it is also a relic from her childhood in communist Poland, where recycling was necessary to make up for an overall lack in available goods. Her work can be seen in the online booth of Irène Laub Gallery. 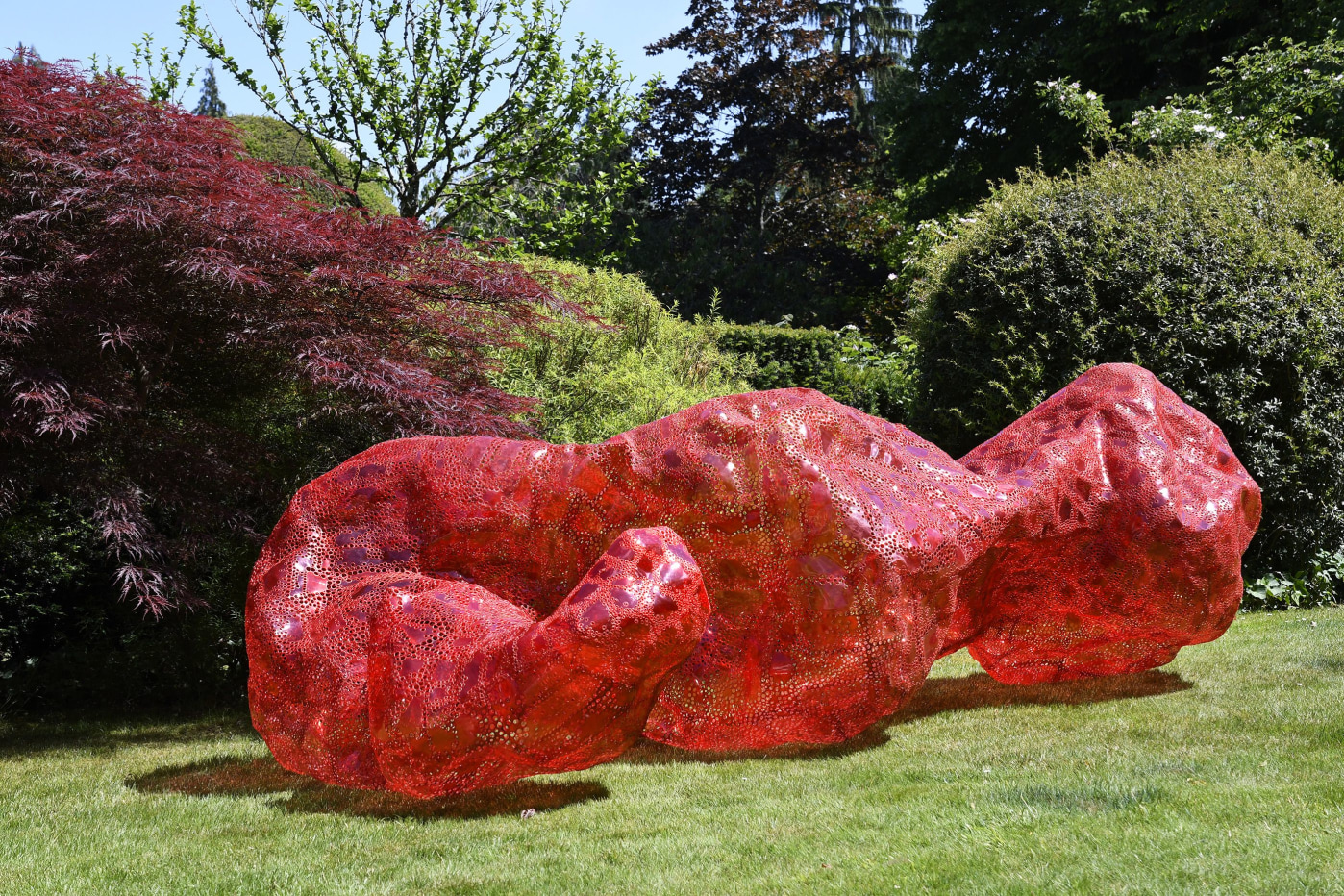 “When you look at the history of South Africa, women didn’t have a choice. They were discriminated against, firstly because they were women, and secondly because they were black.” South African artist Mary Sibande was born during apartheid, when it was mandatory to give black children a Christian name. For that reason, Mary adopted the alter ego "Sophie", from which she explores the history and legacy of South Africa and more specifically the socio-political baggage of the black female body in postcolonial and post-apartheid South Africa. Sibande was the first woman in her family who was able to study: both her mother and grandmother worked as domestic help. In much of Sibande's work, we see this symbol in the form of her alter ego, or in the form of her taking back power and rewriting the colonial narrative. Sibande: “South African artists have a lot of content to dismantle. We ask ourselves, ‘Why did apartheid happen? Where am I after apartheid? What does it mean to be a black woman in South Africa today?’ These questions become bricks in a house that artists build around themselves.” Her work has been shown at the British Museum in London, during the Venice Biennale, Paris Photo and in the Textile Museum in Tilburg. During Art Brussels, work by this artist can be seen in the online booth of SMAC Gallery 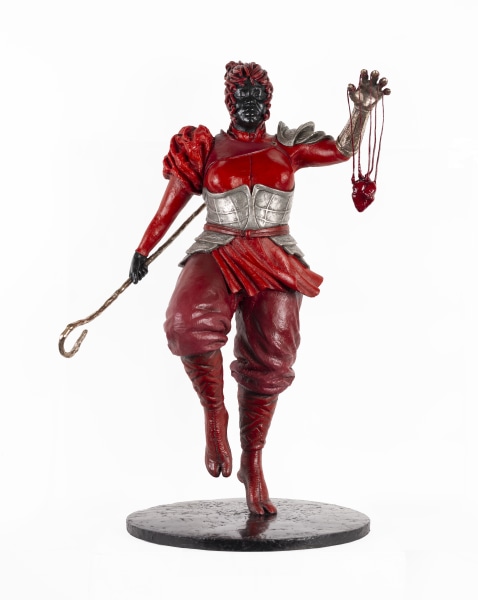 German artist Otto Boll creates floating steel sculptures that resemble delicate lines that seem to have been drawn in the air - or seem to have appeared almost spontaneously. Boll works in extremely minimalism and his sculptures, only 3 mm wide, evoke a sense of the ephemeral because they seem like they could disappear at any given moment. The ends of his installations are cut so thin that they almost seem to pierce the air. The contrasts in his sculptures suggest materiality, but also an emptiness, presence and absence, the visible and the invisible. The viewer only gets to experience the artwork fully when they have the opportunity to physically walk around it. Boll is represented by Axel Vervoordt Gallery. His work was previously shown at the 2015 Venice Biennale. 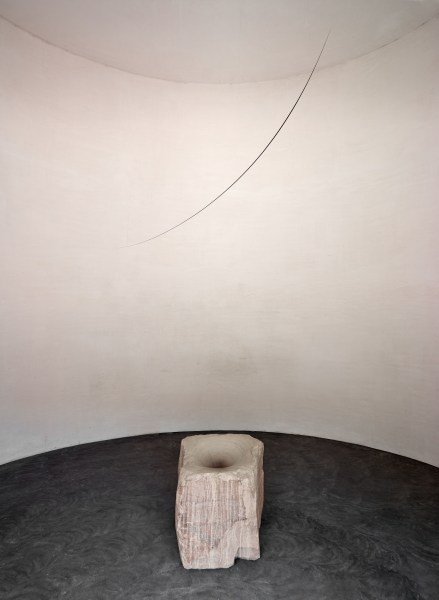 British painter David Hockney hardly needs an introduction: he is one of the most important painters of the 20th century and one of the first great artists involved in the pop art movement in the 1960s. In 2018, he broke all records because one of his works sold for over $ 90 million: a record for work by a living artist. Incidentally, that same record was broken just a few months later when a work by Jeff Koons was sold for $ 91.1 million. During Art Brussels 2020, Galerie Lelong & Co.is showing some of Hockney's famous iPhone drawings on paper. 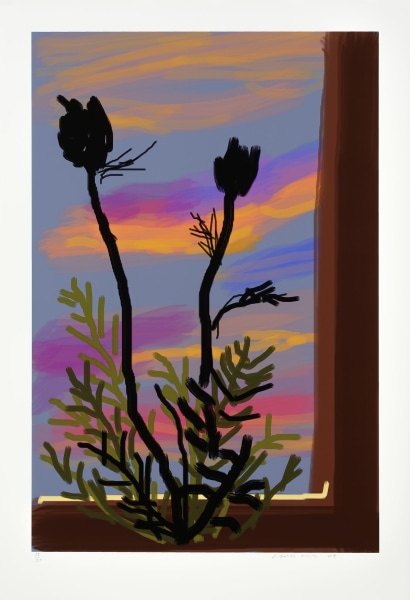 New York-based artist Ethan Cook creates minimalist ‘paintings’ that he composes on a loom, following various rule-based systems that lead to his final compositions. These abstractions build on the tradition of color field painting (which we know from the work of artists like Rothko and Albers) and Minimal Art. Within these compositions, in unique and limited colour palettes, Cook also leaves room for small mistakes and coincidences. View more of his work at Andersen's. 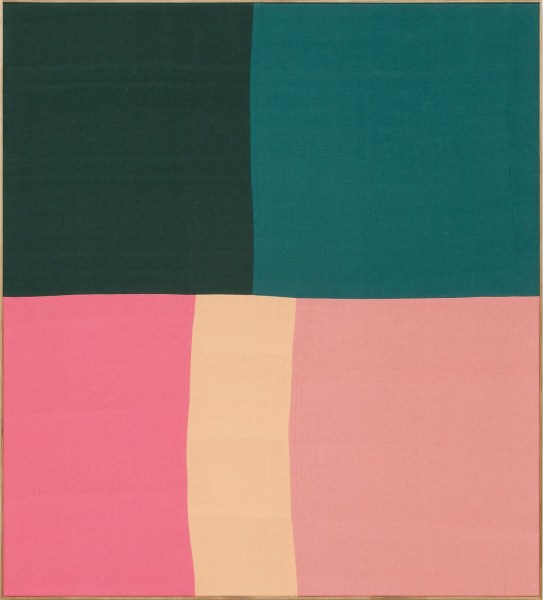