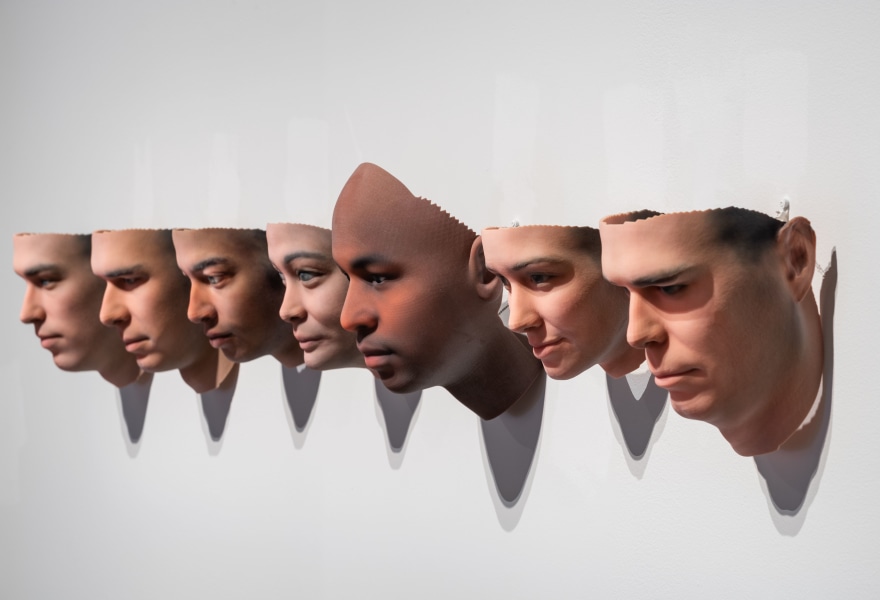 What happens if you collect the genetic material from discarded cigarette butts, hair and chewing gum and subsequently create 3d printed portraits from that same DNA? The American artist Heather Dewey-Hagborg is fascinated by science and for her ‘Stranger Visions’ project, she used scientific knowledge and special face-generating software to speculate on what the original owner's face looks like based on algorithms. The work criticizes the way in which technology is (or can be) used in the context of surveillance. The work is also provocative because there is no legal precedent and you could argue whether this practice is even legal. Her work has been shown at the Philadelphia Museum of Art and is included in the collections of Center Pompidou and the Wellcome Collection, among others. Dewey-Hagborg is represented by Fridman Gallery. 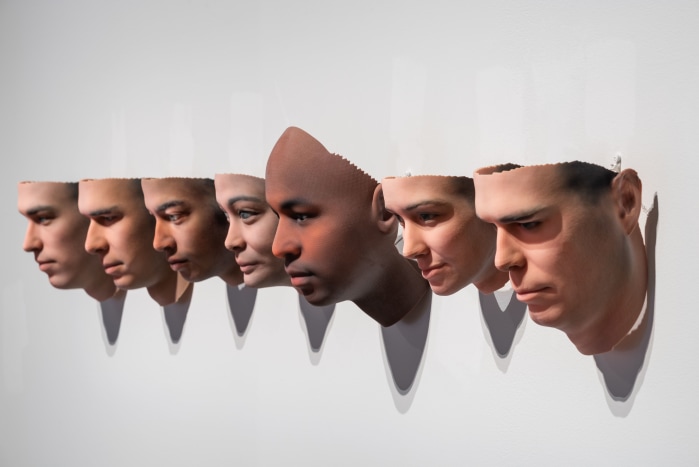 Tomás Saraceno, known for his gigantic installations in Palais de Tokyo in Paris and K21 in Düsseldorf, is showing his sculpture 'Calder Upside Down 29 / 20.5 / 15.5 / 12.5' during Art Brussels. The numbers in the title refer to the diameter of the hand-blown crystal spheres. The work, which seems to float but is at the same time limited by gravity, is inspired by the famous mobiles of Alexander Calder. With his work, Saraceno tries to question Modernism and draws attention to the climate crisis.The work can be seen in Andersen's online booth. 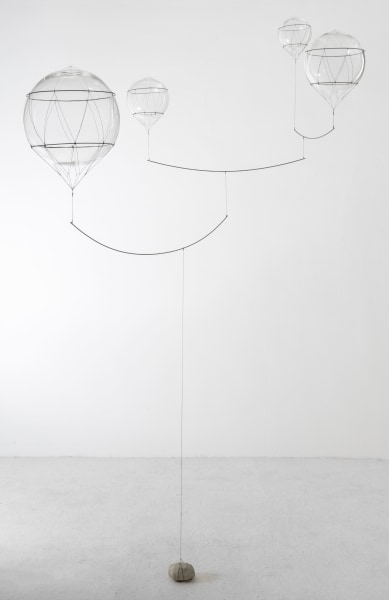 The work of Stephan Balkenhol, which is on show in the online booth of KETELEER GALLERY, is interesting for several reasons. Balkenhol was one of the first contemporary sculptors to return to figurative work, and he clearly shows the traces of his methods and tools in his work. His statues and pedestal are made from the same piece of wood and he does not hide this by using a layer of paint. In almost all cases, people are central to his work. In addition, he makes interesting use of scale: sometimes he makes lifesized heads, other times he makes realistically sized figures but adds 2 meter long legs. His work is included in the collections of Center Pompidou, the ARKEN Museum, Museum Voorlinden and the Museum of Contemporary Art in Tokyo.

Charlotte Posenenske, a German minimal artist, ended her career as an artist in 1968 because she believed that art could no longer influence social behavior and social inequalities. She decided to study sociology instead. Until her death in 1985, she did not visit any art exhibition and didn’t show her art anywhere. Her work was featured in major retrospectives last year at Dia Beacon in New York and the Kröller-Müller Museum in the Netherlands. View her work in the online booth of Gallery Sofie Van de Velde.

Japanese performance and installation artist Chiharu Shiota is famous for her room-filling installations in which wires form a large and often immersive web. In some cases, these are literal representations of the world wide web, but often the threads symbolise human relationships and connection. For her installations, she often uses objects she received from other people. Her work is often considered to be characteristically feminine because weaving has traditionally been attributed to women and the use of red thread also evokes connotations surrounding the female body. Shiota was trained by Marina Abramović and her work was on show last year at the Gropius Bau in Berlin and at the Mori Art Museum in Tokyo. View the artworks of Chiharu Shiota in the online booth of Galerie Templon. 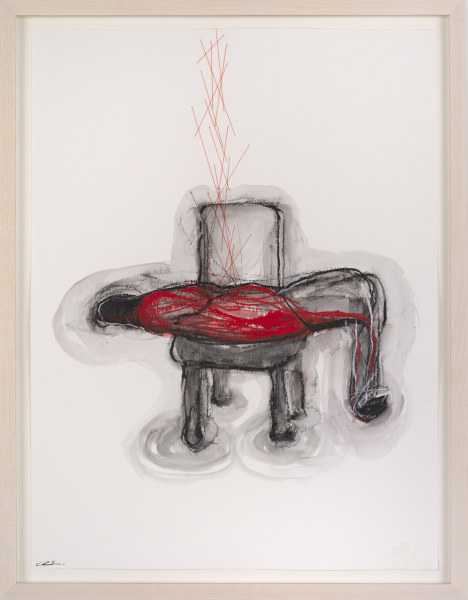 It may be hard to wrap your head around it (even when you look up close), but this work by American sculptor Tony Matelli is made out of bronze. The sculpture can be seen in the online booth of Maruani Mercier. Matelli refuses to limit himself to one sculptural genre - that variety is exactly what attracted him in the first place - which is why his practice is extremely varied. As a result, you will find figurative works (such as his famous Sleepwalker) as well as botanical and abstract works in his oeuvre. What connects these works is that his sculptures are often humorous, eery and in some cases even a little disturbing. 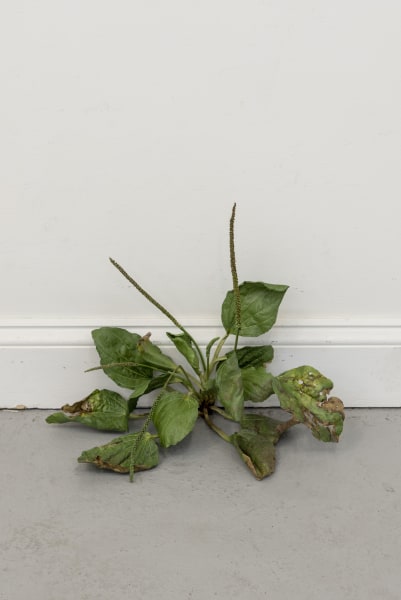