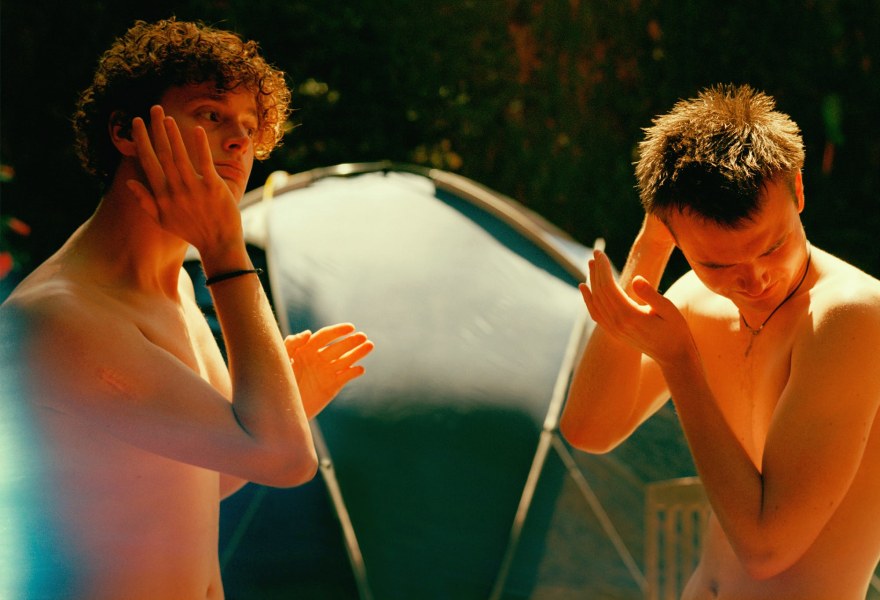 Sander Coers presents his new series Blue Mood (Al Mar) at this edition of Unseen. The series is the sequel to the acclaimed Come Home series, which won the RM Photo Award last year. In his work, Coers explores what it means to be a young man by following his friends in their spare time in Zeeland, where he grew up, and during summers on the Spanish beaches. Where the Come Home series was an intimate coming-of-age story, Blue Mood (Al Mar) is about letting go of youth and the fear of growing up.

For Come Home Coers followed five friends for a year. They are all in their twenties and struggle with what it means to be a man. And especially what it means to grow up as a man in a small community with certain views on masculinity. For example, Coers documents the 'Werdegang' of his cousin Jens who comes out as a gay man and gradually changes from an insecure boy to a self-assured man. Coers addresses questions of life here that are not easy to capture in photographs, but through Coers’s nostalgic and cinematic visual language one understands almost immediately what the work is about. 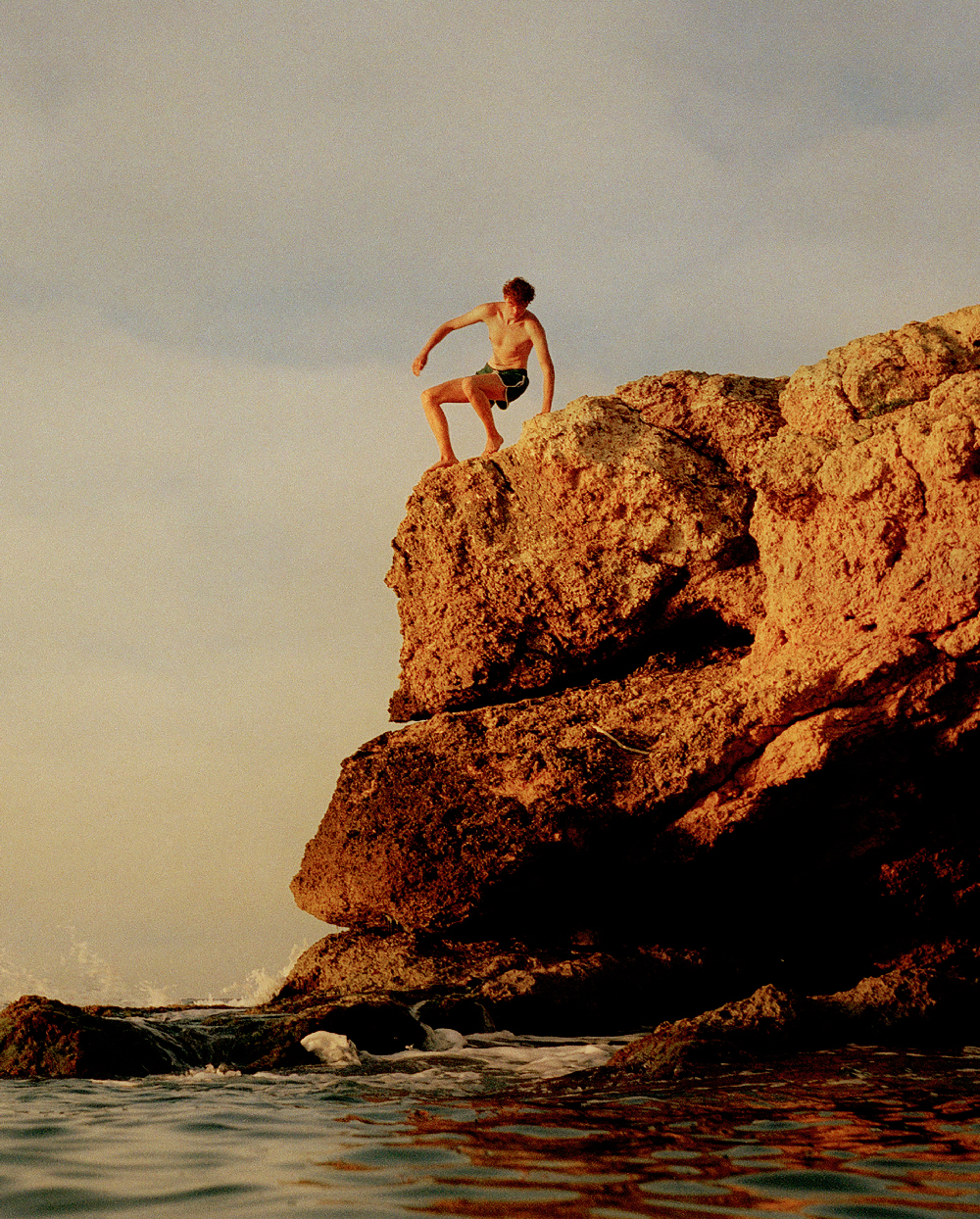 Sander Coers (NL, 1997) graduated from the Willem de Kooning Academy in 2021 and won the RM Photo Award that same year with the Come Home series. This photography award is presented during the annual Best of Graduates exhibition at Galerie Ron Mandos. The prize is accompanied by a presentation at the upcoming edition of Unseen.

It is understandable that Coers's work was embraced almost immediately by connoisseurs and collectors. It is not often that someone of that age manages to touch on a very intimate and vulnerable subject in such a mature and poetic way. One of the people who was immediately captivated by the series was gallery owner Ron Mandos: “When I first saw Sander's work, I was immediately impressed by the series. The subject also appealed to me personally, but I especially found the way of registering their development very special. You're really following these guys up close.” 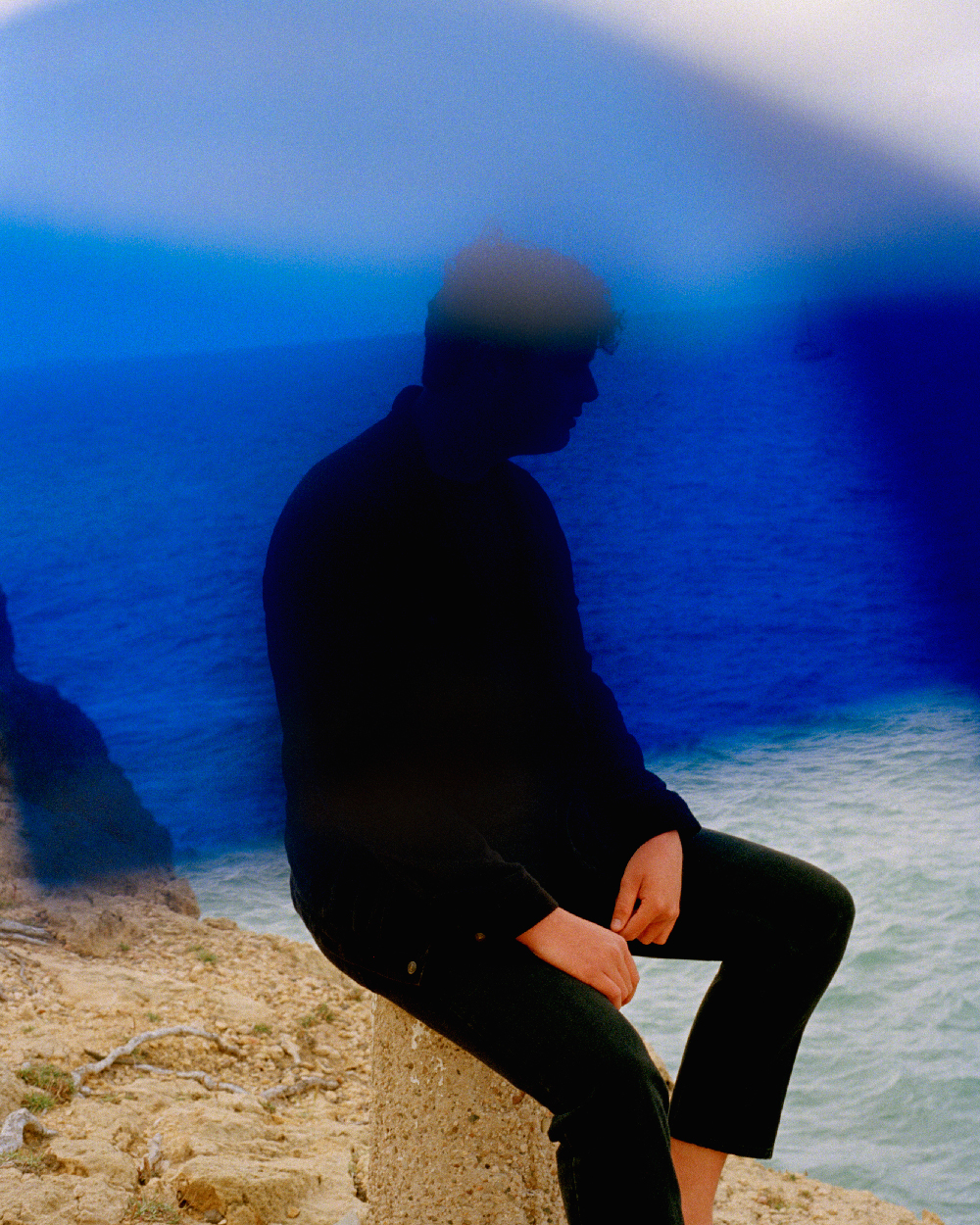 A visual essay
Come Home can best be described as a nostalgic visual essay in which a Spanish seaside resort forms the sixth character. In addition to portraits of the five boys – in which their faces are often only partly visible – the story is told through apparently banal scenes such as a dip from a rock, a bath towel on the sand with half a bottle of beer, a stop sign in the baking sun or a rose-red house. They function as a short cut to our collective memory and the associations we have with these kinds of places and beach holidays. This makes Come Home a private and intimate document, yet universal story. 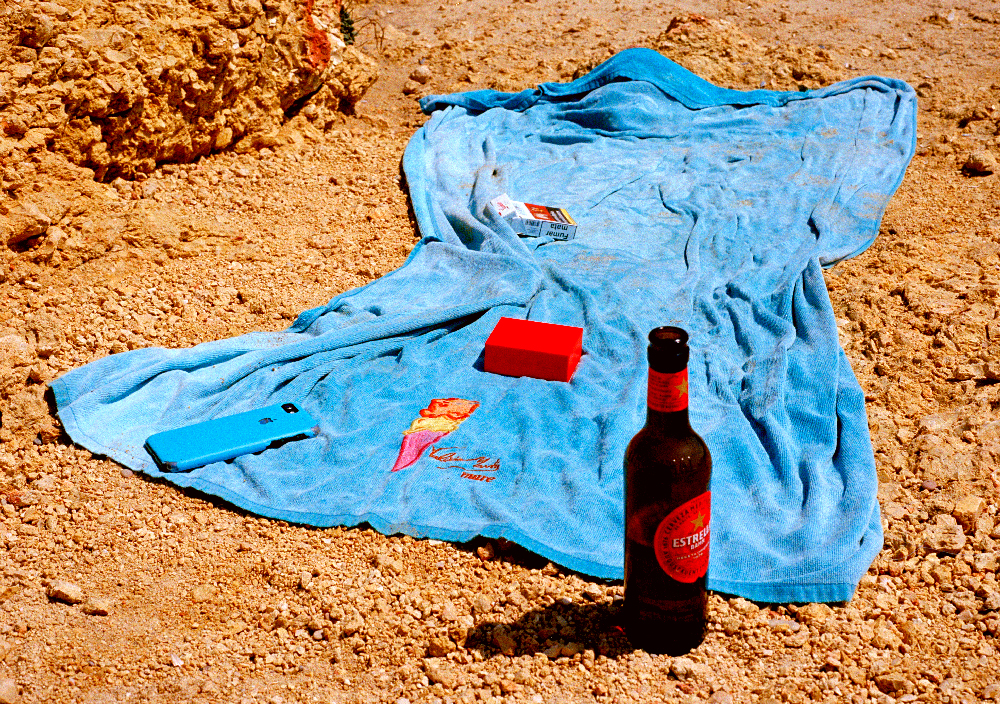 Coers prefers to work in warm places because he can capture the kind of romance, he is looking for there. And it works. Due to the saturated colours you are not only taken by the heat, but the images also seem older than they are, as if they have been in a photo album for years. This dreamy, cinematic visual language is perhaps the most striking element of Coers's work and is in a sense atypical for Dutch makers who often use a more direct style. “It's sort of fleeting things that I have in my head, the smells you smelled when you walked on the beach in Spain. I then want to translate that into an image, which automatically results in something super amplified, something extra colorful or something that gives me a warm feeling. I just want to take the viewer into that kind of fever dream.” 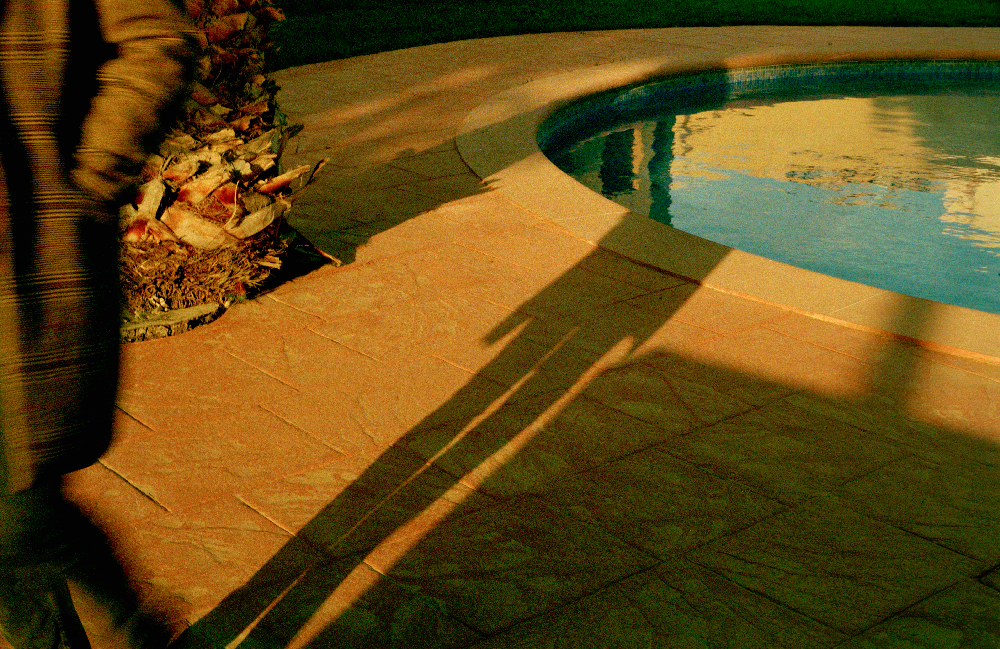 Remarkably, Coers does not immediately mention several photographers, but lists films and music as a source of inspiration. Also, the films are thematically related such as Bernardo Bertolucci's The Dreamers, The Talented Mr. Ripley, but also a clear influence is Call Me By Your Name. “I think most of the inspiration comes from music, friends and nature, but I've also been influenced by photographers like Harley Weir and Robert Mapplethorpe.”

Silent, reticent and strong
The question of what it means to be a man had fascinated Coers for some time before he started working on Come Home. “It was quite often an issue that I couldn't talk about how I was feeling. I was quiet and closed off and I noticed a lot of guys around me were doing that too. And I ask myself: Why am I doing this? Why do we do this? That was the starting point of the project. Why are we supposed to be silent, reticent and strong?”

Coers grew up in Terneuzen in Zeeuws-Vlaanderen – the southern-most part of Zeeland, sharing its only land border with Belgium – and started photographing with an analogue camera when he was 18. Six months later he was admitted to the Willem de Kooning Academy in Rotterdam. Coers rarely photographs his current hometown, but always in places from his past. “It's the cliché about a small town, but everyone is a bit the same there and you to conform to that. So, when you move to the big city, no one is the same and everyone wants to be an individual. That's nice, but also scary, so I often went back to my parents, so elements from Terneuzen started to play a role in my photography more and more. I wanted to leave so badly, but now I really want to go back and relive what I had before.” 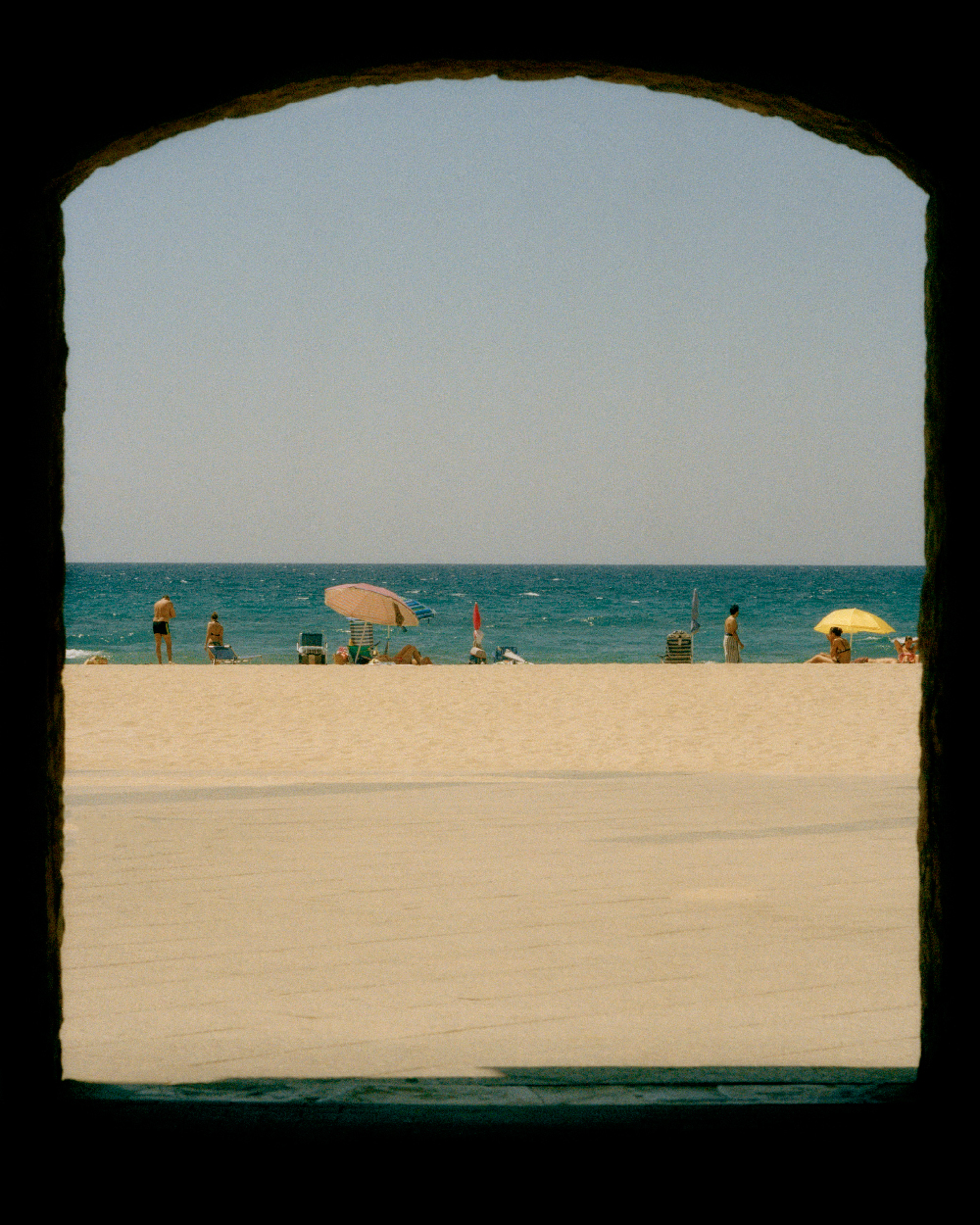 Blue mood (Al Mar)
The new seriesBlue Mood (Al Mar) can be seen on Unseen. Coers calls it a sequel to Come Home, because Blue Mood (Al Mar) features the same group of friends. And this series is also a visual essay that partly takes place in a village on the Spanish coast, but whereas Come Home was about the emotional aspect of growing up in a small village, Blue Mood is about the fear of growing up. “The fear of growing up is something that concerns me personally. That's why I go back to memories of the past and capture them in a nostalgic way, with all the negativity filtered out and only the positive things left behind."

Blue Mood is an artistic confession by Coers, who, in his own words, has never been fascinated by the present: “I am always concerned with what comes next or what came before. I think: 'back then maybe everything was better, and everything was still possible'. And then I want to relive the carelessness I associate with these memories, and so I'm going to recreate that in images.” 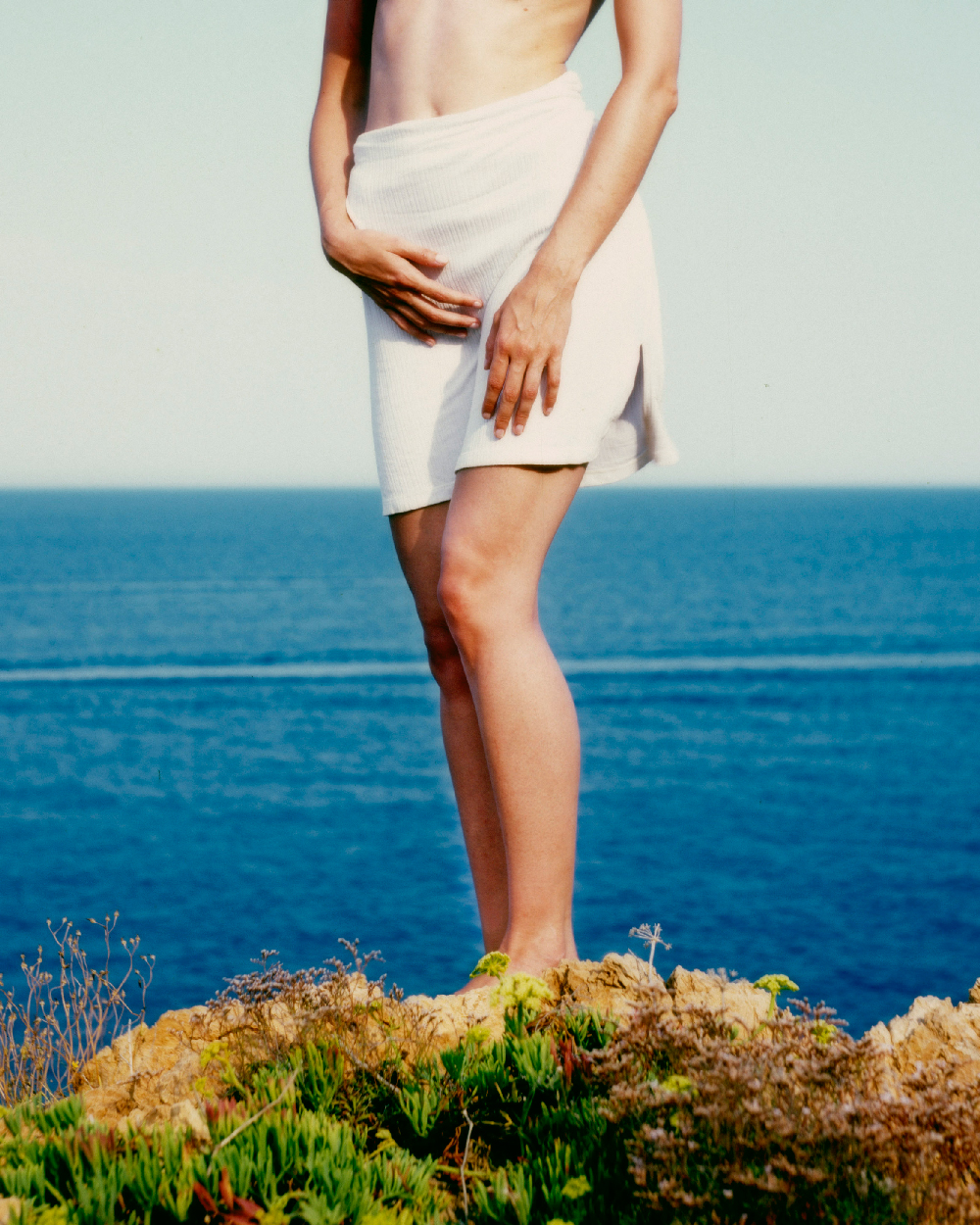 Coers does not yet know what his future as an artist will bring. He is currently investigating how he can use materials that can mimic the properties of a memory. “I am curious how my work will grow. I am now working on a new series of portraits including self-portraits where I want to portray a new kind of masculinity, one that is fragile or fluid. By combining stereotypical male and female symbolism, I want to explore the representation of masculinity. For example, I want to cover these portraits with dried flowers, so that the work is not only photography, but also has a sculptural side to it.”