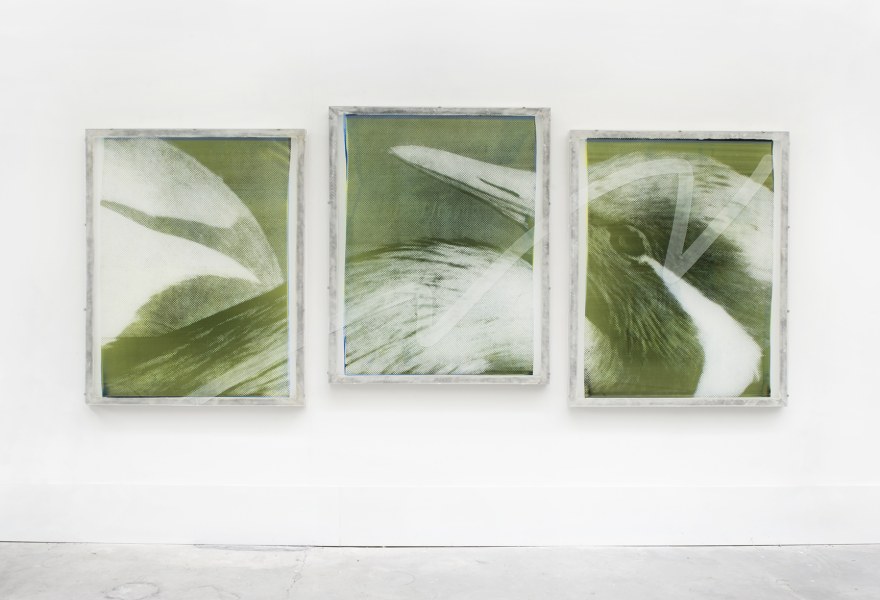 When we speak to Jaya Pelupessy in his studio home in Utrecht, he is delighted because he has just learned that he has not one, but two presentations at Unseen. In addition to a presentation of works from his latest series Manufactured Manual by Galerie Caroline O'Breen, his first video work RGB Birds has been selected for Unbound. Not a bad choice for an exhibition that explores the boundaries of photography, since Pelupessy's work is an investigation into reproduction techniques with an emphasis on the process and the constructions that lie behind images.

Cameras that can also make calls
“These days, we all have a camera in our pocket that can also make a phone call,” says Pelupessy jokingly. “The way we communicate through photography has grown immensely in recent years. If a friend texts me and asks how I’m doing, I send him a picture. The fact that it is now commonplace is due to the smartphone. I don’t mean to lecture anyone, but I believe exposing the constructions behind an image is super relevant in the current social context.”

The fact that images are not innocent, but the result of choices was also why Pelupessy (NL, 1989) chose to attend the art academy. That realisation came when he saw a completely different photo of a well-known event: the tearing down of a large statue of Saddam Hussein in Baghdad. The photo that reached the West and Pelupessy showed a group of men cheering that Iraq had been liberated. In the other photo, taken from a different angle and from further away, you could see a much larger group of desperate Iraqis surrounding the cheering men. 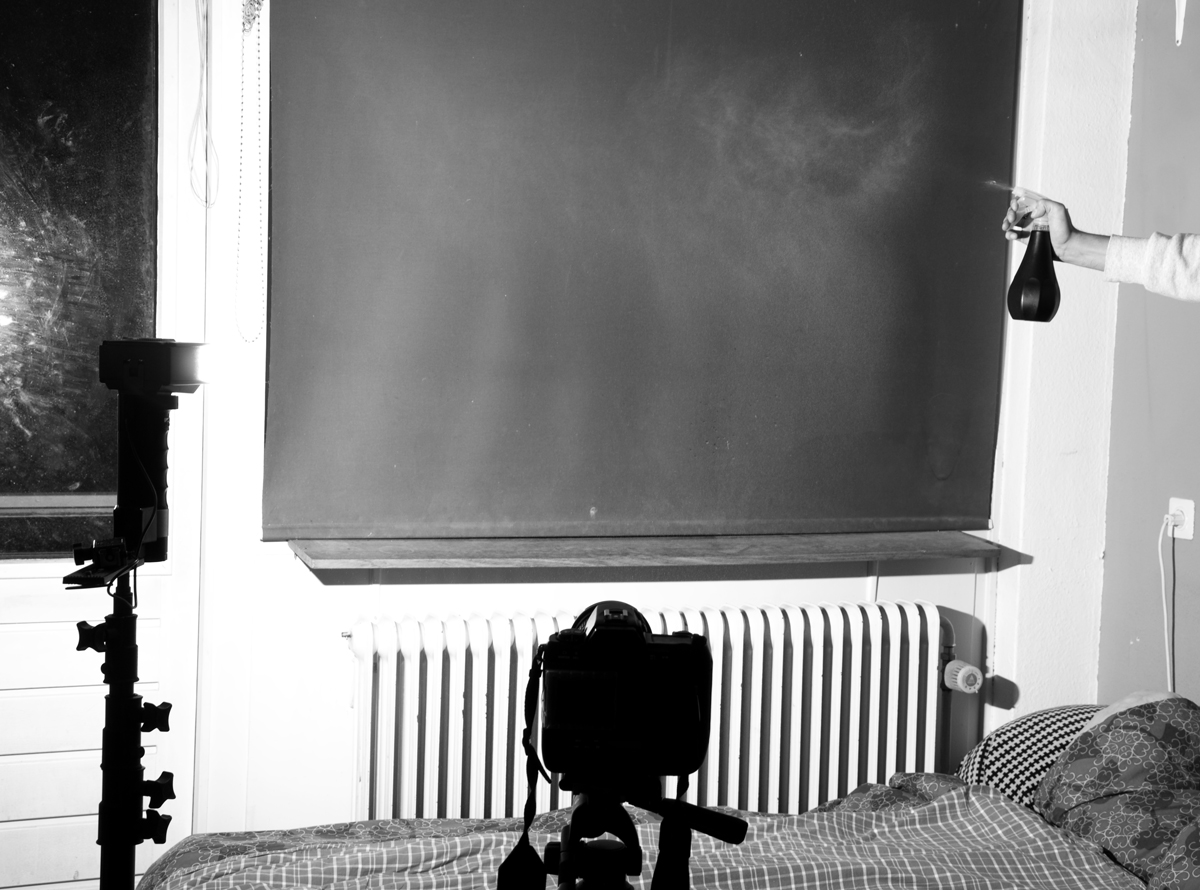 ﻿Jaya Pelupessy, Untitled for the series Another Observer 2013

In addition to the deconstruction of images, showing the production process has also become an important part of Pelupessy's work. A year before graduating, Pelupessy's father died and his world was turned upside down. He saw things that were not there and decided to turn this into a body of work. He photographed the water from a plant sprayer using a flash. At the same time, he photographed the set where he took the picture and his hand holding the sprayer. Looking back, Pelupessy says, “I then started researching technical reproduction processes and their realisation, and within that I meandered into different techniques, expressions and different investigations.”

Studio Sculptures
In the following series, Pelupessy continued to elaborate on this principle. He explains, “The process became part of the end product. Instead of focusing on the end product, I concentrated on how to make the creation of a work as valuable as the end product.” For example, for the Studio Sculptures series (2017-present), Pelupessy placed photography printing tools on a pedestal. “I began photographing the instruments, so that they had an autonomous value and could stand on their own right. The pedestal was a way to lend monumentality to analogue instruments used to create an image, such as a developing scale, reflection screen or darkroom clamps. The images had a high degree of aesthetics, but that was not what I was looking for as an artist; I often find the means to the end more interesting than the actual end, hence my focus on the process.” 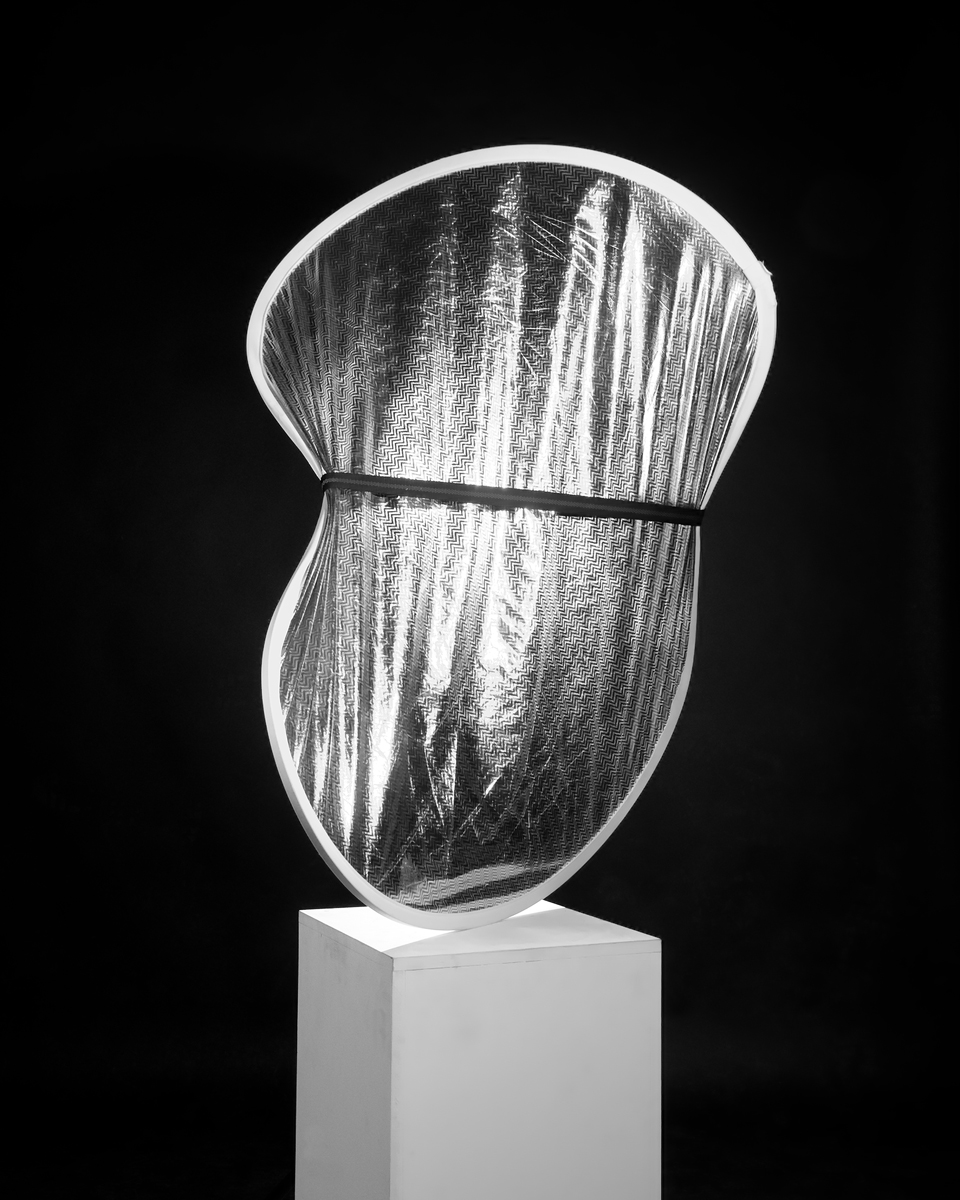 “The ultimate question was, what do I want to do with those images? When I have an exhibition coming up, I make a 1:5 scale model of the space to see how I want to design it. I then take pictures of the model to see what the exhibition would look like. I sometimes feel that the photos in the model turn out better than the actual exhibition. So, when I received a request from my gallery to do an exhibition, I made another scale model and then the penny dropped: those photos from the model will be the photos I’ll present in the gallery. Also, when a work is purchased by a collector, I visit them at home and make a model of the location where the work will be placed. This way, the work always responds to the space where it is displayed.” 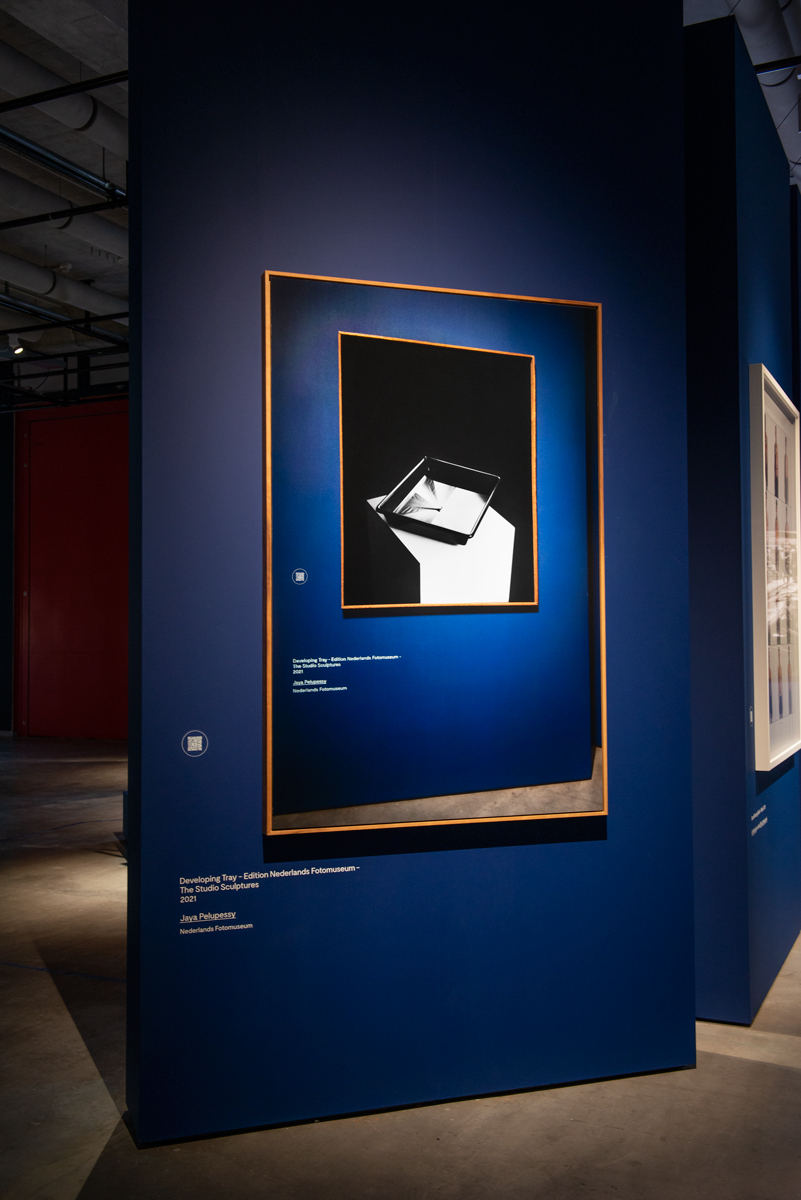 This effectively makes every work site-specific and therefore unique – something that goes directly against the duplicability that is typical of the medium of photography. This is also a common theme in Pelupessy's work.

Manufactured Manual
All these threads come together in Manufactured Manual, a series of photo collages that will be presented at Unseen. The footage is taken from photography manuals collected by Pelupessy over the past 15 years. “What appeals to me most about those manuals is the functionality and aesthetics of the photography, but above all, that it is photography about photography. It is photography trying to explain itself. I think that last element is most important because it tries to expose the constructions behind itself and that is exactly what I attempt to do with my work. It has the same kind of Droste effect as in the Studio Sculptures.”

To be able to expose with different colours on a silkscreen, Pelupessy had to figure out how to add pigments to transparent screen-printing emulsion and expose the window for each colour. This involved a process of trial and error that took him two years to master and was possible thanks to the K.F. Hein stipend. “I am a cross between an inventor and an artist. When I submit an application, I often write that in my work, I develop methods that I do not fully control, so that the work can continue to surprise me. That is absolutely true, but the downside to this is that things often go wrong and it requires quite a lot of perseverance.” 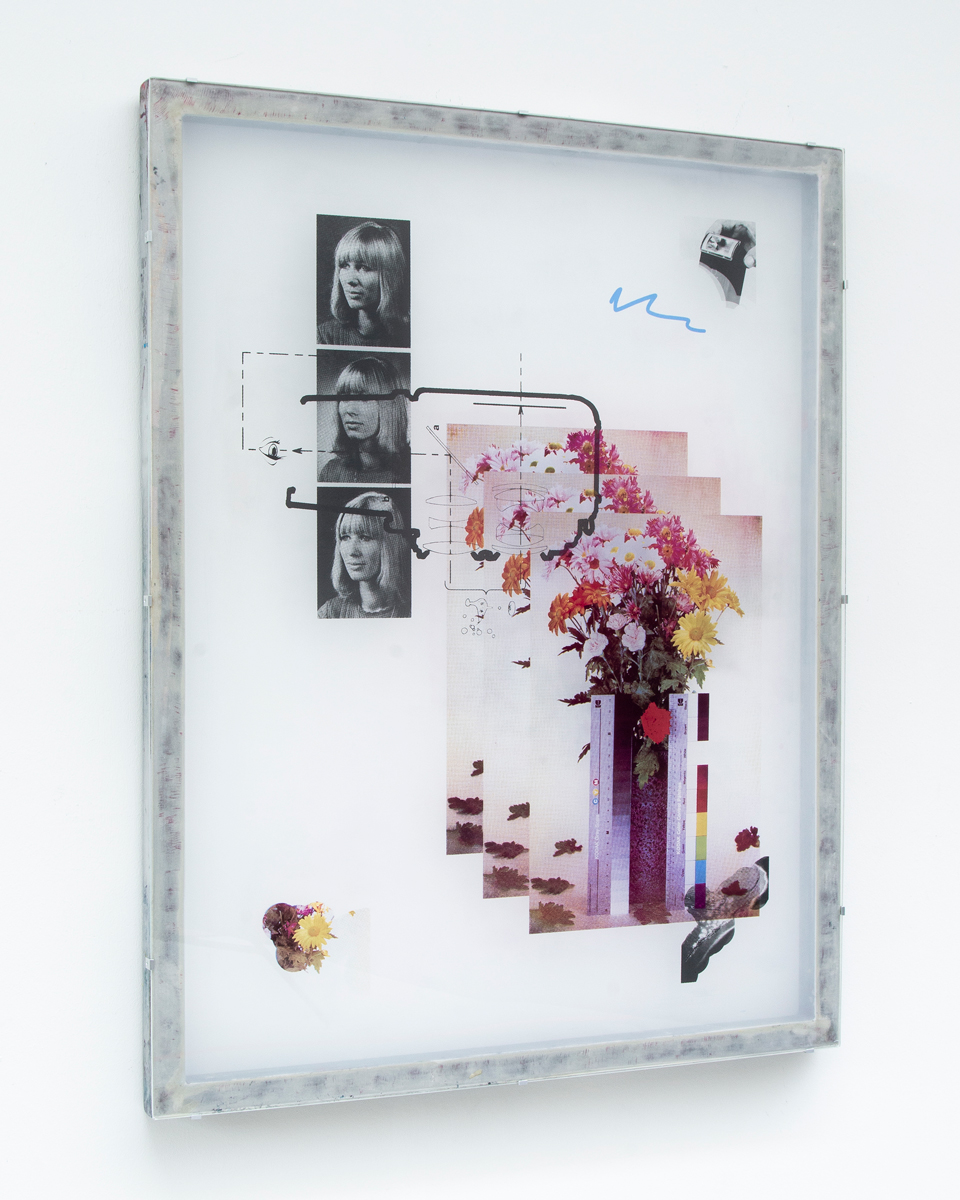 The Manufactured Manual collages consists not only of images from photography manuals. The instructive nature of the manuals is reflected in Collage #6, for example, in the black-and-white shots of a young woman, each time with a different lighting. At the same time, the collages also show how we deal with photography today. Next to the shots of the young woman, a vase has been printed three times in such a way that you automatically think of cloning photos in Photoshop or of windows and tabs opened on a computer.

RGB Birds at Unbound
At Unbound you can see RGB Birds, Pelupessy's first film installation. There is no narrative and the film shows only a parrot: a reference to the advertising material of film producers like Kodak and Fuji that showed consumers how beautiful their colour films were. Pelupessy uses this to show that older technologies like analogue film and photography also carry an inherent form of direction. Colours do not just come about, but are the result of mixing and therefore choices. 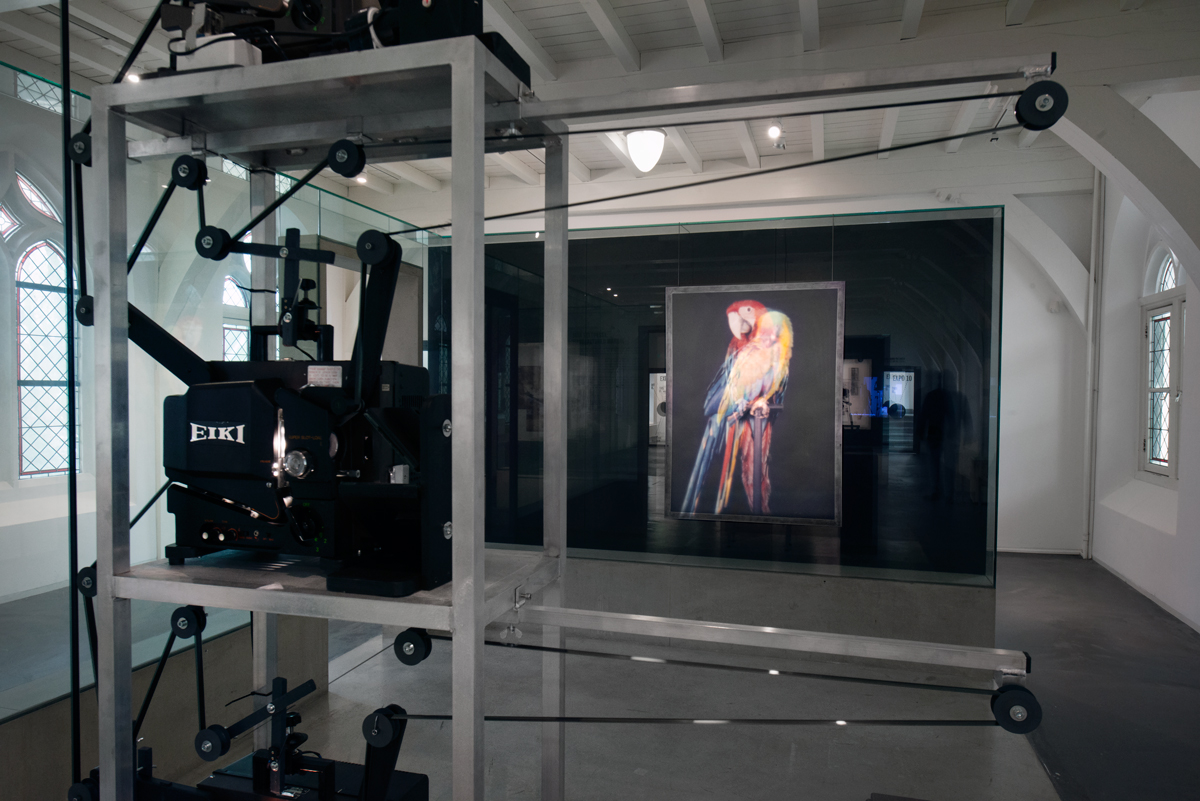 For RGB Birds, Pelupessy separated the colour layers by filming three parrots: one that was mostly red, one green and one blue. He filmed each bird separately and then edited all the individual images separately into a film. The 16mm film is guided past three projectors in the installation and then comes together again on the projection screen. In this way, the colour you see is created on the projection screen itself by combining the three projections. If one of the birds moves outside the overlapping area, the colour view will stop and you will only see see the colour of one of the three parrots: integrated deconstruction.