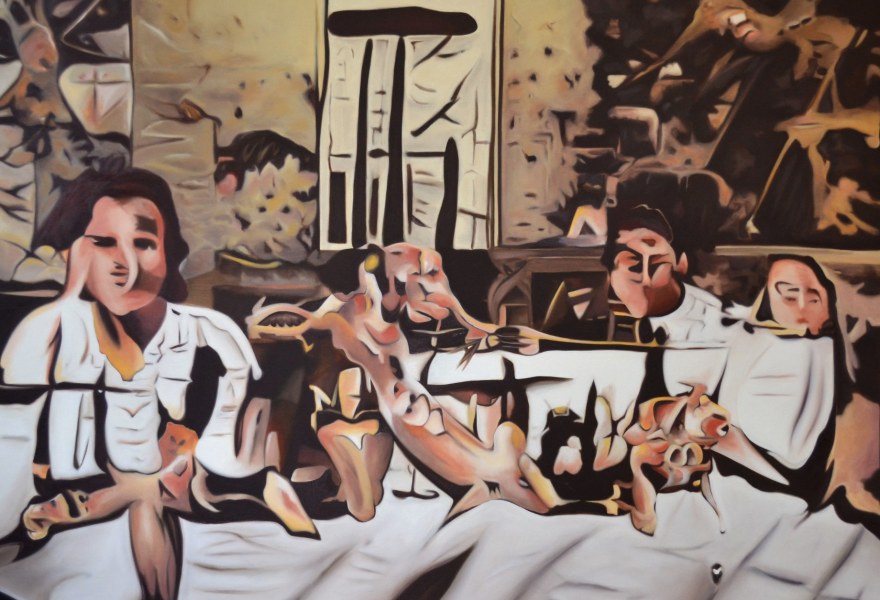 Daniela Schwabe, Probably a group of people sitting at a table with wine glasses, 2022, galerie dudokdegroot

Daniela Schwabe uses artificial intelligence to generate images that form the basis for a series of paintings. A remarkable contrast between the oldest and newest technology to portray a human being. With Deep Kin, Schwabe made a series about friendship and our memory of it.

The Thispersondoesnotexist.com website has only one page with a portrait photo on it. When you refresh the page, the site loads another portrait. Refresh five times and you have seen a Japanese young woman, an aging biker, a woman in her mid-thirties, someone who could have been Kajsa Olongren's sister, and your old math teacher. Only none of the portraits are of an existing person. They are generated by a generative adversarial network from Cornell University.

The scientists behind the site fed the machine learning network more than 70,000 portrait photos and trained it to recognize faces in the photos. Since the visual database is large enough, the network could be trained so well that it could generate perfect portrait photos itself, albeit with some unusual combinations such as the platinum blond Japanese girl. 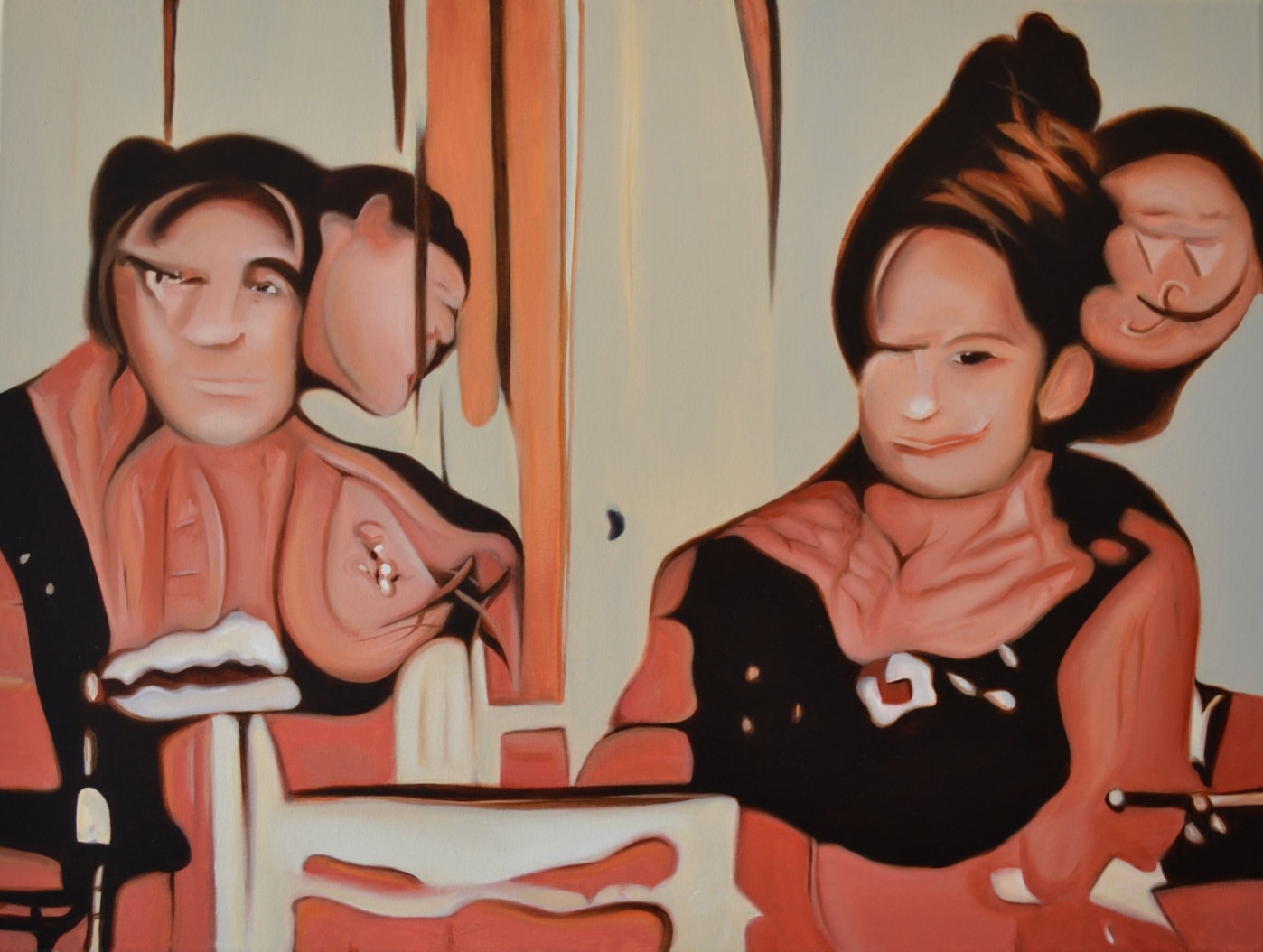 Deep Familiy
If you put fewer photos in the deep learning tool, you will also get incomplete images after lengthy training. For her previous series Deep Family, the Dutch artist Daniela Schwabe used just 1200 portrait photos of the German branch of her family, mainly from the first half of the twentieth century. Schwabe selected the most interesting AI generated proposals and used them as the basis for her paintings. This is why she refers to using AI as a collaboration. This collaboration resulted in unfinished figures, often with too broad faces, sometimes with four eyes and two noses, always in shades of grey and brown, but certainly not razor-sharp portraits.

It may be a remarkable pairing, a painter using AI, but if you’re familiar with the themes Schwabe explores in her work - (family) history and the functioning of our memory - you understand the appeal of the new medium. AI gives you the opportunity to work with large visual data sets, such as photo albums full of known and unknown family members. At the same time, it generates single and singular images, just like a painting. 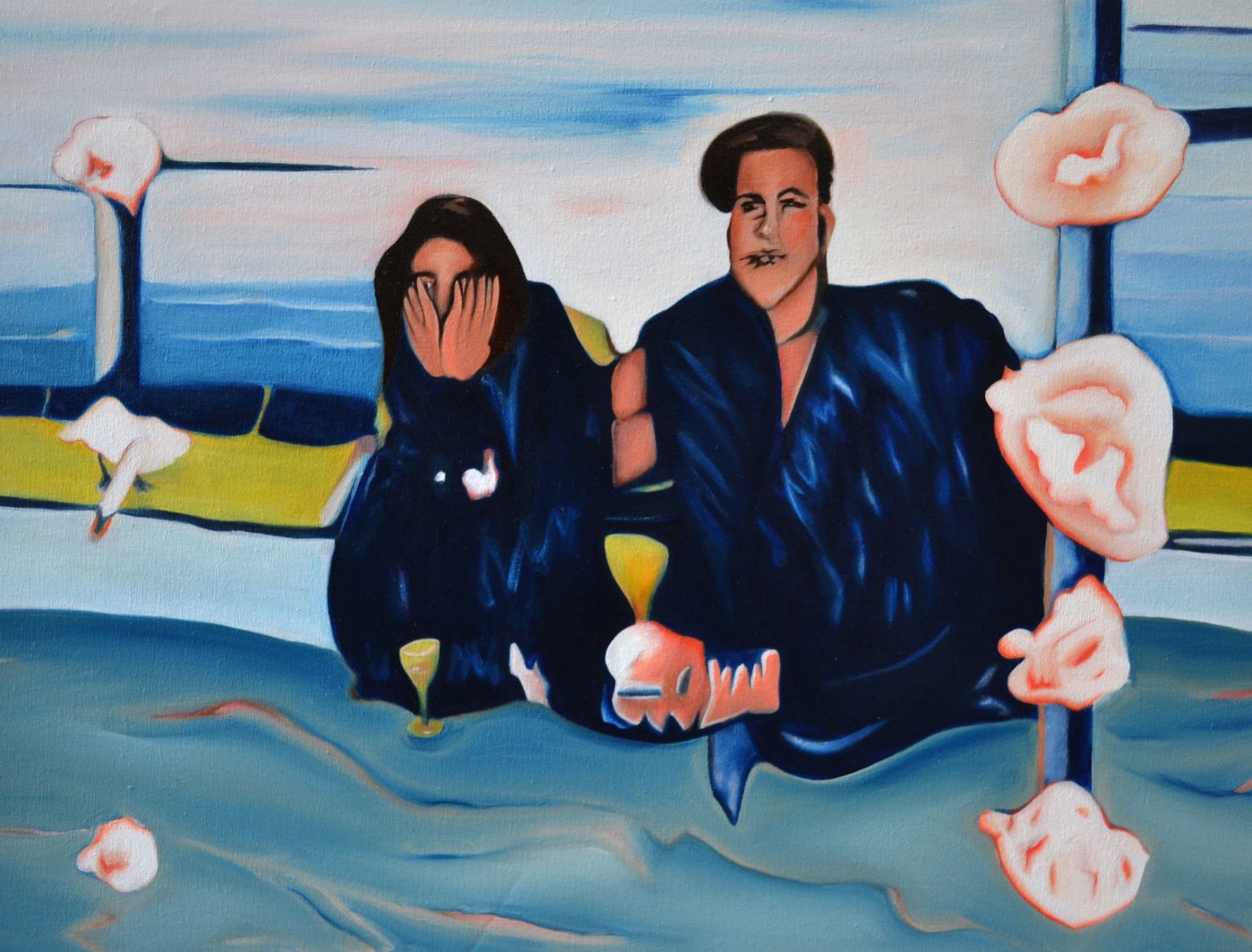 Deep Kin
For Deep KinSchwabe once again teamed up with designer Casper Schipper, this time combing through all her photo archives from the past 25 years in search of photos of friends. Together with Schipper, they fed the neural system, as this form of Artificial intelligence is called, about 6500 images.

Those 6,500 photos, after months of training, yielded portraits that come pretty close to a real portrait, that is if they were painted by Francis Bacon. The portraits are often distorted, sometimes there is a lack of symmetry or there are white areas, places for which the system had not yet found a solution. This is most evident in the group portraits. While a portrait photo is often a close-up of a person, group photos are usually taken from a slightly greater distance, so that a slice of the environment is included. That environment differs per shot, resulting in a blur.

Probably a 39 year old….
The similarities with human memory are obvious. Human memory can also be trained and if you do not actively maintain it, it declines with age. Moreover, it is not an infallible source. Certainly as time goes by, if anything only the essentials remain with us. The rest becomes a blur, just like in Schwabe's paintings. The questions Schwabe leaves us with are pithy: If you leave everything out, what is family? What is a friendship? 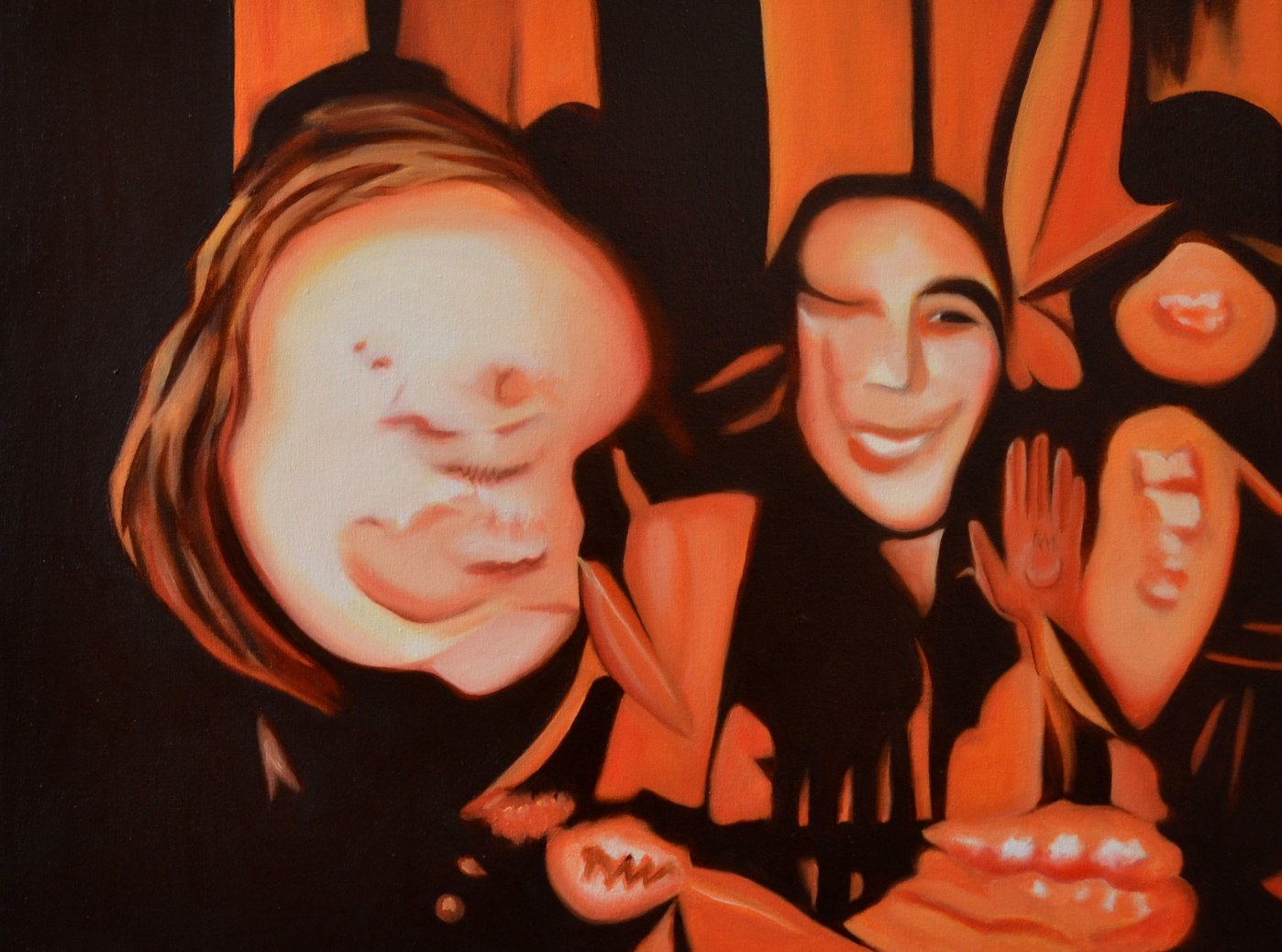 The differences are also interesting to explore. Traditionally, painting someone's portrait is an extremely intimate process. Certainly in earlier times a model was painted. That has not been necessary for some time, but AI does not involve a human being. Still, images emerge that are plausible. In return, if you feed those images to an image reading program, you get answers like: Probably a 39 year old wearing a hat looking happy. Are we then replaceable and completely interchangeable? These are questions that don't have an answer, but that do keep ringing in your head.