Destruction and construction in art

Jacco Tulp (1965) is a psychiatrist who divides his free time between his two greatest passions: viewing art and listening to jazz and free, improvised music. So there is a good chance that you bump into Jacco or have already walked into him in a gallery or concert hall. Recently, he has become a fanatic Instagrammer. His art appetite has certainly not diminished since.

My collection comprises works of art that, despite their diversity, share an underlying creative process of constructive and destructive forces. Although their surfaces may not show any traces of this, the works are the result of these forces. In all works in this collection, there is a balance between elements of fragmentation, build-up and destruction as well as traces of vandalism. As a result, a comparison can be made with archaeology in which underlying artefacts cannot be opened up without affecting the surface.

After all, only from the decay and from the resulting ruins, can the Phoenix rise again. These are mostly images that defy an unambiguous definition of painting or sculpture. The boundaries of the material are explored and tested. Meanings are either uncovered or concealed. Tags or messages are left on rough materials or urban surfaces.

It is mainly the younger generation of 'post-graffiti' artists who are working on this, but parallels can certainly be drawn with the first 'signatures' in prehistoric caves, the 'carved' walls of Antoni Tàpies or the Dutch artist Rik van Bentum, the peeled posters by Raymond Hains and Jacques Villeglé or the paintings and the so-called fire sculptures by Yves Klein and Otto Piene. If you are interested in this movement, I advise you to follow the post_vandalism account on Instagram. 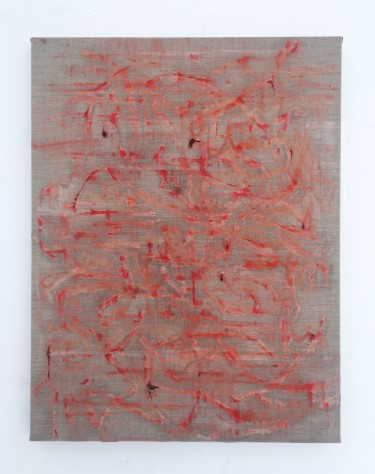 1 Éléments multimédias ᛫ 2 Oeuvres disponibles
2 Spectacles ᛫ 0 Points forts ᛫ 0 Recommandations
Gijs van Lith describes his work as "always in progress". He explores the boundaries and material of painting. In this series he makes writing-like movements on the canvas with red oil paint, after which he turns around the canvas to see to what extent the paint "bleeds through" the skin of the canvas. He responds to this by continuing to paint on it. Van Lith works both sides of the canvas only to treat the surface with a sander. On some pieces this leads to satiny soft fraying, on others this can cause holes or even cracks. These are then stapled or allowed to last to determine the final shape of the canvas.

0 Éléments multimédias ᛫ 16 Oeuvres disponibles
1 Spectacles ᛫ 0 Points forts ᛫ 0 Recommandations
Looking at the Tablets of Iranian-born artist Arash Fakhim, the association with archaeological finds is obvious. Fakhim processes trash and found everyday objects such as rained scraps of paper into a work of art in such a way that they are visible on the surface. By casting them in plaster they seem to have emerged directly from an excavation. I also see a connection with the earliest known form of writings, namely the clay tablets. Fakhim himself also talks about a "frietje kapsalon" as an explanation for his work in which everything that is up for grabs is processed.

0 Éléments multimédias ᛫ 5 Oeuvres disponibles
1 Spectacles ᛫ 0 Points forts ᛫ 0 Recommandations
Fabian Herkenhoener's paintings clearly show kinship with fragments of words and texts on walls whose messages fade because they are partly painted over. Thus, the texts change and their meanings are constantly in motion. The text fragments thus created offer a lot of room for interpretation. In this work we see indications such as "pathways" and "foundation", but we’re not offered any further guidance than "nothing that exists in the last place". 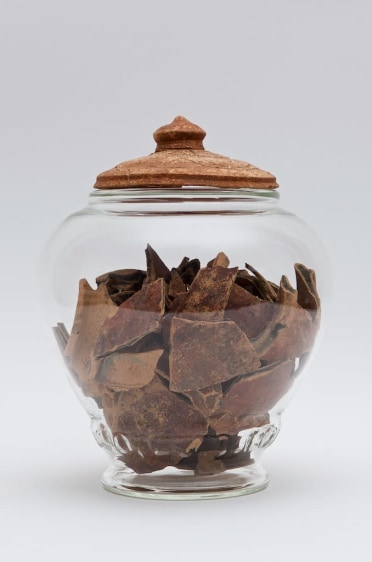 3 Éléments multimédias ᛫ 6 Oeuvres disponibles
1 Spectacles ᛫ 4 Points forts ᛫ 2 Recommandations
In his work Bouke de Vries shows the beauty of destruction while the history of destruction remains visible. De Vries lends the "exploded" artworks a new status, a new set of properties and a new aesthetic. There is a clear connection with the Buddhist attitude of Wabi Sabi: life in the present through the power of imperfection and imperfection. Acceptance that nothing remains the way it is. 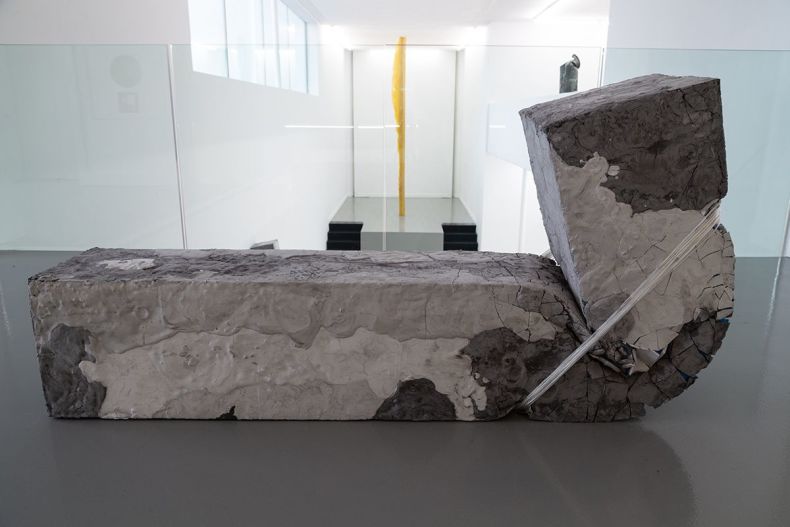 2 Éléments multimédias ᛫ 22 Oeuvres disponibles
4 Spectacles ᛫ 0 Points forts ᛫ 0 Recommandations
Matea Bakula is fascinated by the materials she works with. Not only does she want to know how they work, what qualities they have, but she also questions why they are the way they are and behave the way they do. Her images are testament to her research. Forces and deformations play an important role in this and reveal connections between the surface and the core. The surface can act as a skin, container, border or masking. 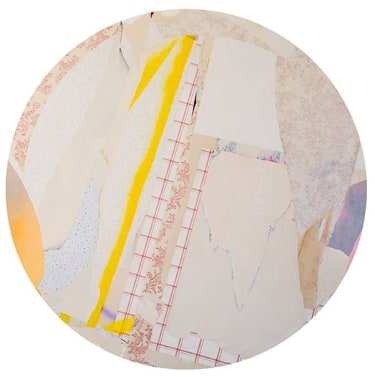 1 Éléments multimédias ᛫ 16 Oeuvres disponibles
3 Spectacles ᛫ 0 Points forts ᛫ 0 Recommandations
The creative process leaves its mark in the work of Erik de Bree. The build-up in layers remains visible, as well as the tearing of existing parts: as if old layers of wallpaper and stucco reappear. The artist lets chance play a major role in the creation of the work. It also gives me a nostalgic feeling: as if you are wandering through an abandoned and dilapidated house full of old memories and smells.

2 Éléments multimédias ᛫ 11 Oeuvres disponibles
4 Spectacles ᛫ 0 Points forts ᛫ 0 Recommandations
Ton van Kints is of an older generation and has long been engaged in construction and destruction and the attempt to synthesize both. Van Kints often literally puts his wooden reliefs under tension by forcing sawn shapes into an opening like puzzle pieces that do not fit. They are fitted with force, which can lead to cracks that are brought together with staples or nails. The manufacturing process must remain visible. In this work he uses multiple sawn shapes that he stacks. An opaque and shiny epoxy layer makes the multiplicity regain unity. In this way, as a maker, he remains in dialogue with his material and with the question: when is it finished?