Female artists with a message

In 2018 the Dutch daily Het Parool ran an article about Airco Caravan with the header: Art as a weapon in a non-violent struggle. This adequately sums up the way this conceptual artist, painter and activist sees art: as a weapon. It’s a benign weapon that does not sow death and destruction, but raises awareness and makes a case for equality instead. You may know her from the Dutch "Nasty Women" movement, for which she organized two major group exhibitions to raise funds for women's rights organizations; or from the publicity surrounding the bronze statue of Martin Luther King she placed on his birthday – January 15 1929– in the Amsterdam city park bearing his name, without prior permission of the municipality. It is therefore not surprising she curated a collection around the theme female artists with a message.

Airco is driven by idealism and through her art and projects she wants to raise awareness of social problems in her own provocative way. To this end, she conducts thorough research into the meaning and role of female artists in the media, in galleries and museums and thus also on Galleryviewer. Airco: "The distribution of male and female artists on GalleryViewer could be better. Currently, one third of the artists are women while two third are men. And that's a shame because in reality the ratio is fifty-fifty (source: Boekmanstichting, AC). So, we have to get at it in the Netherlands and make up for this lag. I also note that, in terms of prices GalleryViewer follows the international trend, that is, of works above € 50,000, only 20% are by female artists. Also, at auctions the prices of artworks by female artists are much lower than those made by their male colleagues. The most expensive work by a female artist ever auctioned is $ 44,000,000 and concerns the work, Jimson Weed/White Flower No 1, by Georgia O’Keeffe. That is a considerably lower amount than what is being paid for masterpieces by the likes of Leonardo Da Vinci and Willem De Kooning, which change ownership for hundreds of millions. Institutional sexism is so deeply ingrained in society, it will be a few generations before the lag of women in the art world, including the appreciation of their work and its pricing, has completely leveled out. 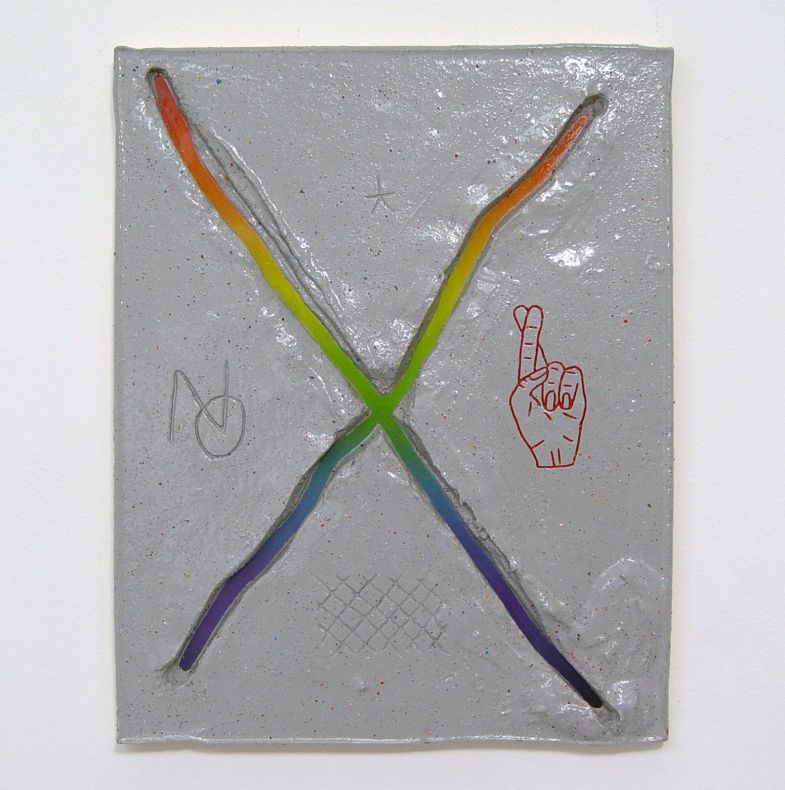 1 Éléments multimédias ᛫ 1 Oeuvres disponibles
0 Spectacles ᛫ 0 Points forts ᛫ 1 Recommandations
I saw this artwork at Art Rotterdam this year. It is one of my favourites. Very fresh and stubborn. 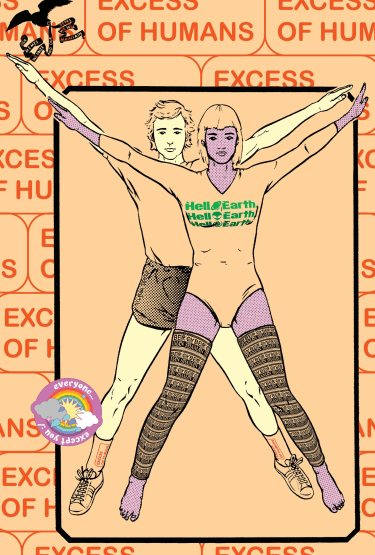 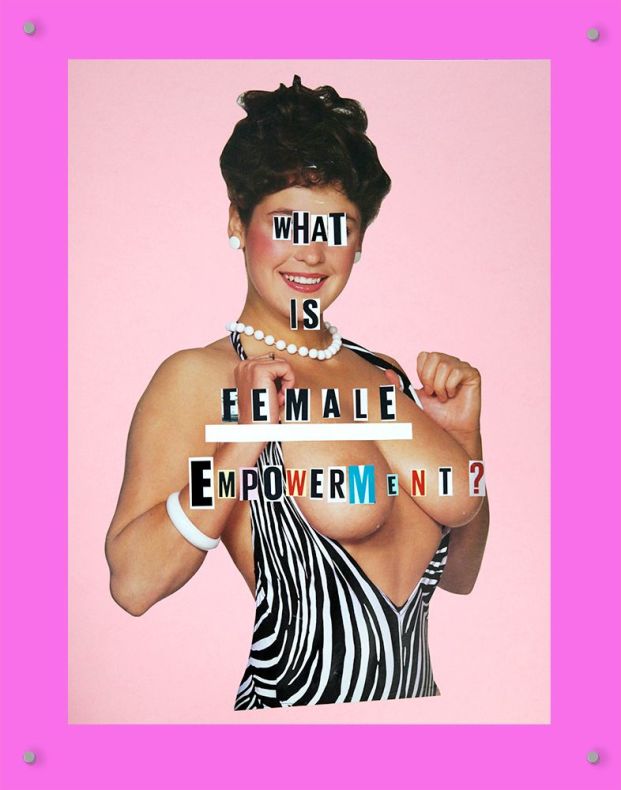 3 Éléments multimédias ᛫ 10 Oeuvres disponibles
2 Spectacles ᛫ 0 Points forts ᛫ 0 Recommandations
I am a big fan of Sarah Maple. Her work is sharp and witty. As an artist, she has had to deal with many death threats and other curses because of her feminist commentary on Islam. I had the privilege to go out with her in Newcastle and London, she turns out to be a very nice lady. 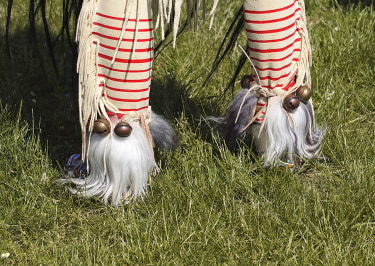 1 Éléments multimédias ᛫ 14 Oeuvres disponibles
1 Spectacles ᛫ 0 Points forts ᛫ 0 Recommandations
Although I am not a big fan of video art, I really liked "Tribal Affairs" by Patricia Werneck Ribas that I saw at "Prospects & Concepts" at Art Rotterdam. Rarely has anything felt more like sanding paper than "Tribal Affairs". Dull Germans performing Indian rituals and being dead serious about it - painfully hilarious. 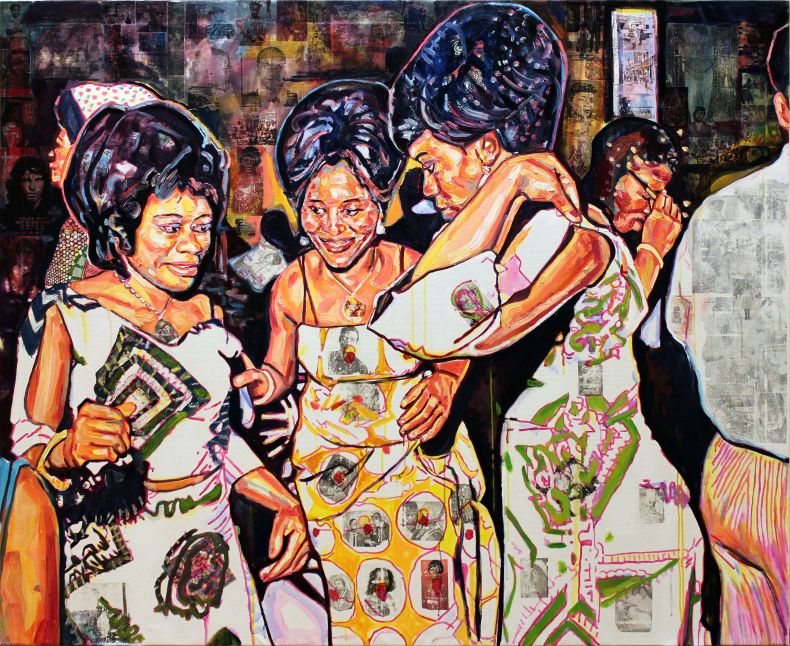 2 Éléments multimédias ᛫ 0 Oeuvres disponibles
0 Spectacles ᛫ 0 Points forts ᛫ 1 Recommandations
Wonderful work. Her paintings deal with racism and segregation, sometimes they have text on them. You can see she paints from photos. It is often family snapshots of so-called happy moments with family or friends, but you feel that her work is actually about discrimination. 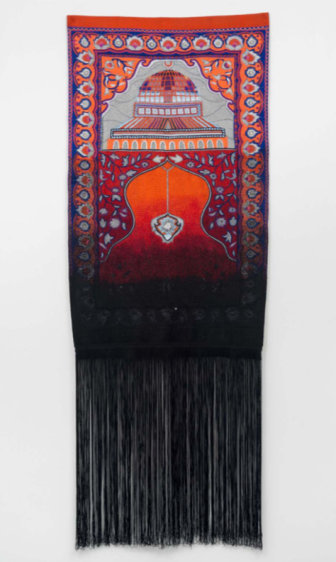 0 Éléments multimédias ᛫ 0 Oeuvres disponibles
1 Spectacles ᛫ 0 Points forts ᛫ 0 Recommandations
This tapestry fascinates me because of the black woven into it. The black is like an oil stain that seems to consume the rest of the tapestry from the fringes upwards. 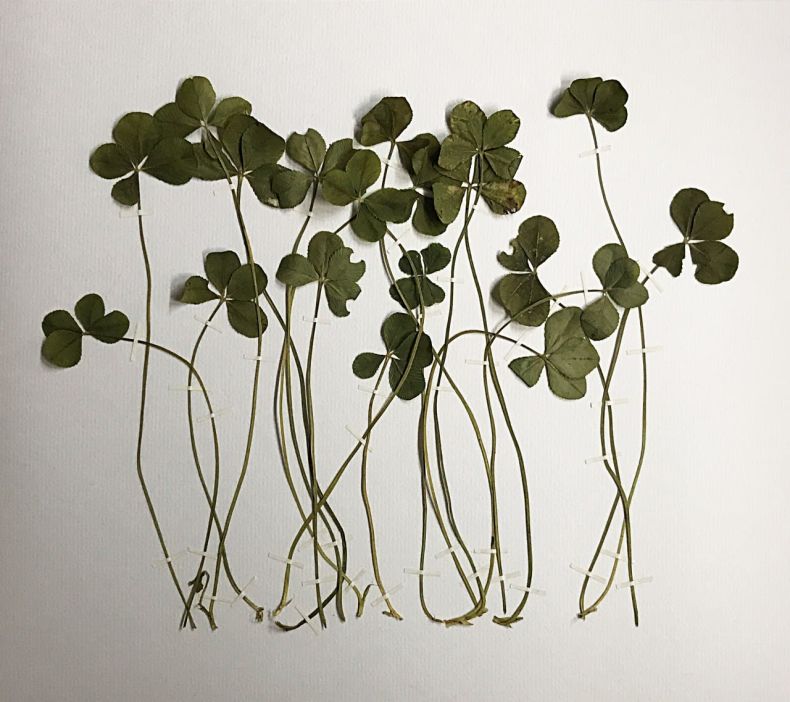 1 Éléments multimédias ᛫ 7 Oeuvres disponibles
1 Spectacles ᛫ 0 Points forts ᛫ 0 Recommandations
I am a big fan of Tinkebell. Her Fukushima projects really appeal to me. And she managed to have Daniël Buter released behind the scenes, the Amsterdam boy who was in detention because he turned out to be illegal in the Netherlands – this hit the headlines when we were installing the Nasty Women / #teamFemke exhibition, December last year). He now has a residence permit and that makes me happy. Tinkebell is an example of how art can also have very direct social influence. 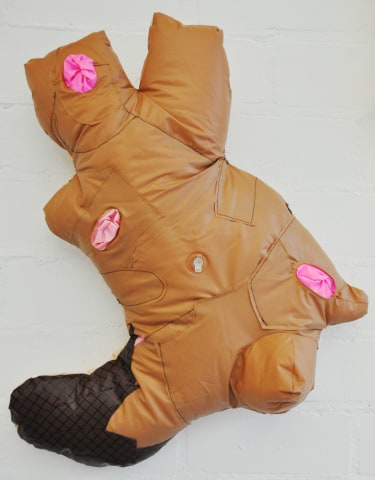 0 Éléments multimédias ᛫ 9 Oeuvres disponibles
1 Spectacles ᛫ 0 Points forts ᛫ 0 Recommandations
I did not know the work of Katharina D. Martin, but she had a work in the Nasty Women exhibition. I immediately had a crush on that, but it was sold. Great works of art made from inflatable dolls. 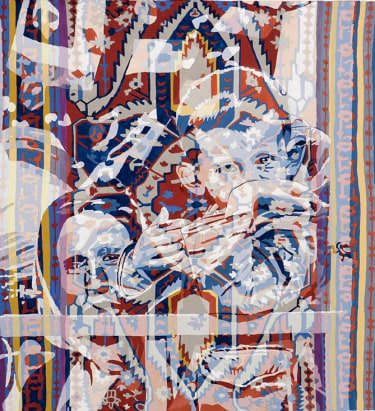 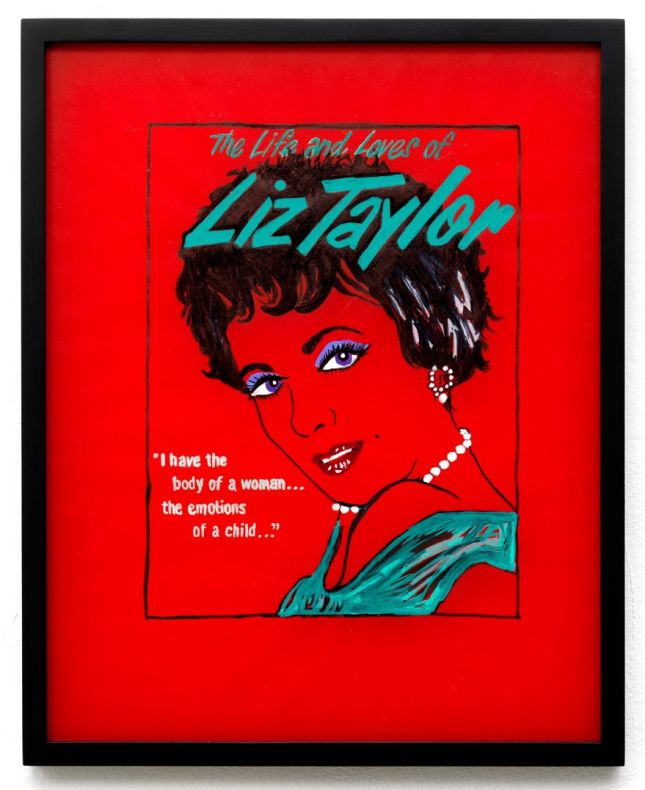 0 Éléments multimédias ᛫ 13 Oeuvres disponibles
2 Spectacles ᛫ 1 Points forts ᛫ 0 Recommandations
This work reminds me a bit of Barbara Kruger's work, the works of both artists are outspoken and militant and often refer to the role of women in the media.