Daan den Houter: “There’s something poetic about it.” 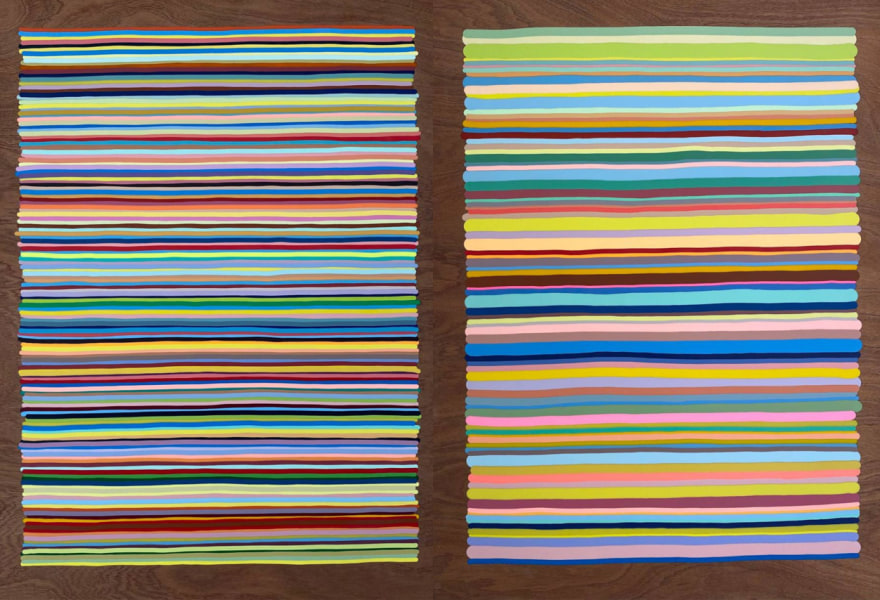 Until July 10, Frank Taal Galerie shows the work of the stubborn, Rotterdam-based artist Daan den Houter in the exhibition 'So what'. This conceptual artist is known for the multitude of disciplines in which he works. Den Houter uses humor, cynicism and contradiction to create a imbalance in the viewer, while simultaneously asking questions about topics including money, value, art and identity. 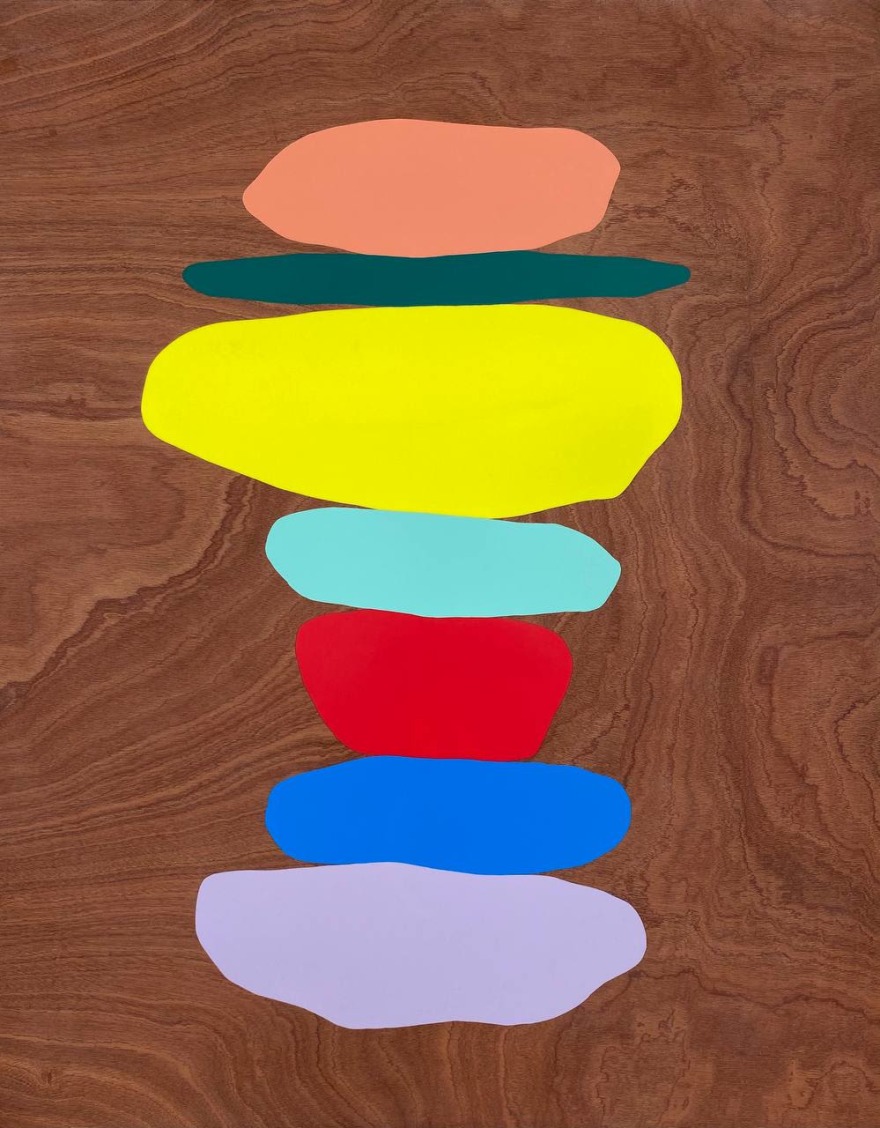 Den Houter: “My work is an ongoing investigation into the value and meaning of art and the world around us. I am always looking for a different angle and the possibilities that it might generate. That way, I come up with new ideas and insights. What makes something a good painting? And when does something obtain value? Those are the kinds of questions that I explore in my work.” Before Den Houter started at the KABK in The Hague, he first studied in a completely different direction. Den Houter: “I once studied Artificial Intelligence, where you study how our brains work and how you can get that into a computer. That includes logic, psychology and computer science. When I eventually switched to an art academy, I only maintained the philosophical aspect of my studies.” After his studies, Den Houter co-founded the Bcademie with Alex Jacobs, an initiative with the aim of narrowing the gap between obtaining a degree at the Art Academy and autonomous artistry. 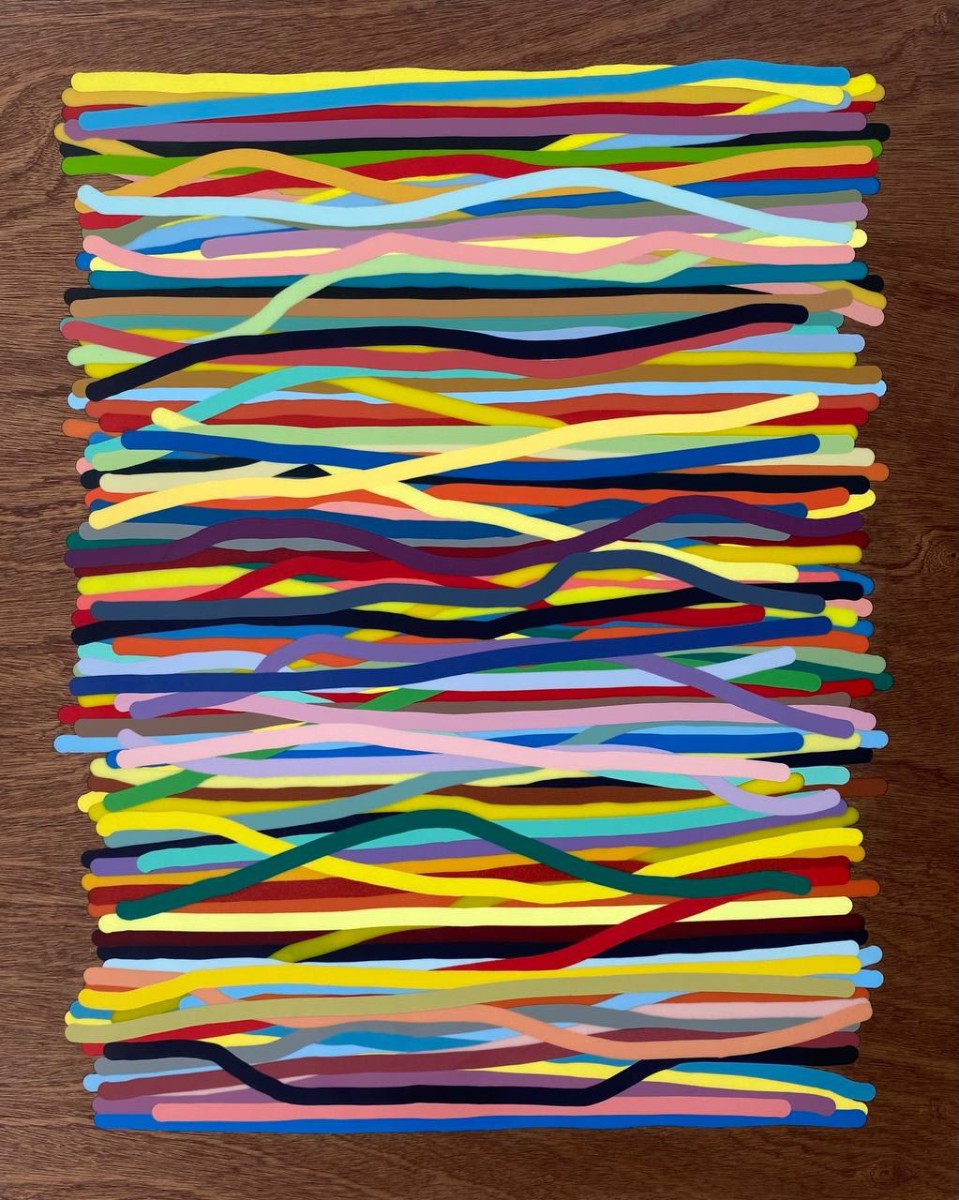 In the exhibition 'So what’, Den Houter shows a number of works from the Stripes series, that he started in 2018. At first, these appear to be smooth, striped paintings, but it soon becomes apparent that there is a rather complicated process hidden behind these works — a creative process that Den Houter consciously hides from the viewer. The artist will, for instance, mill a special groove in a wooden plate for each colour, which he then fills with pigmented epoxy resin, beforing drying it and sanding it to perfection. A process that will sometimes take weeks, but becomes completely invisible because the end result is almost industrially perfect.

Den Houter's work is always surprising and startling. For example, long before Banksy made the news with it, Den Houter presented a paper shredder in a project in which he challenged children to throw in their newly made drawings. For the work “An apple for a rainy day”, Den Houter used mortar to bricklayer a 1000 euro bill in the walls of Frank Taal Gallery. In 2018, he made a work consisting of seventeen signed concrete blocks. One of these blocks contains 10,000 euros, but opening the work is prohibited on pain of legal prosecution. Den Houter: “So you buy a dream of potentially ten thousand euros, a dream that feels very close, but never actually comes true, because breaking the object is not allowed since a work of art is protected by copyright, even after your purchase. It’s very annoying actually. Moreover, it is a collective dream because it only works when other buyers are involved. If one person takes the money out, he also effectively break the work [and inherent promise] for the 16 other owners, who can then consider him liable, which will cost him much more money in the end.” 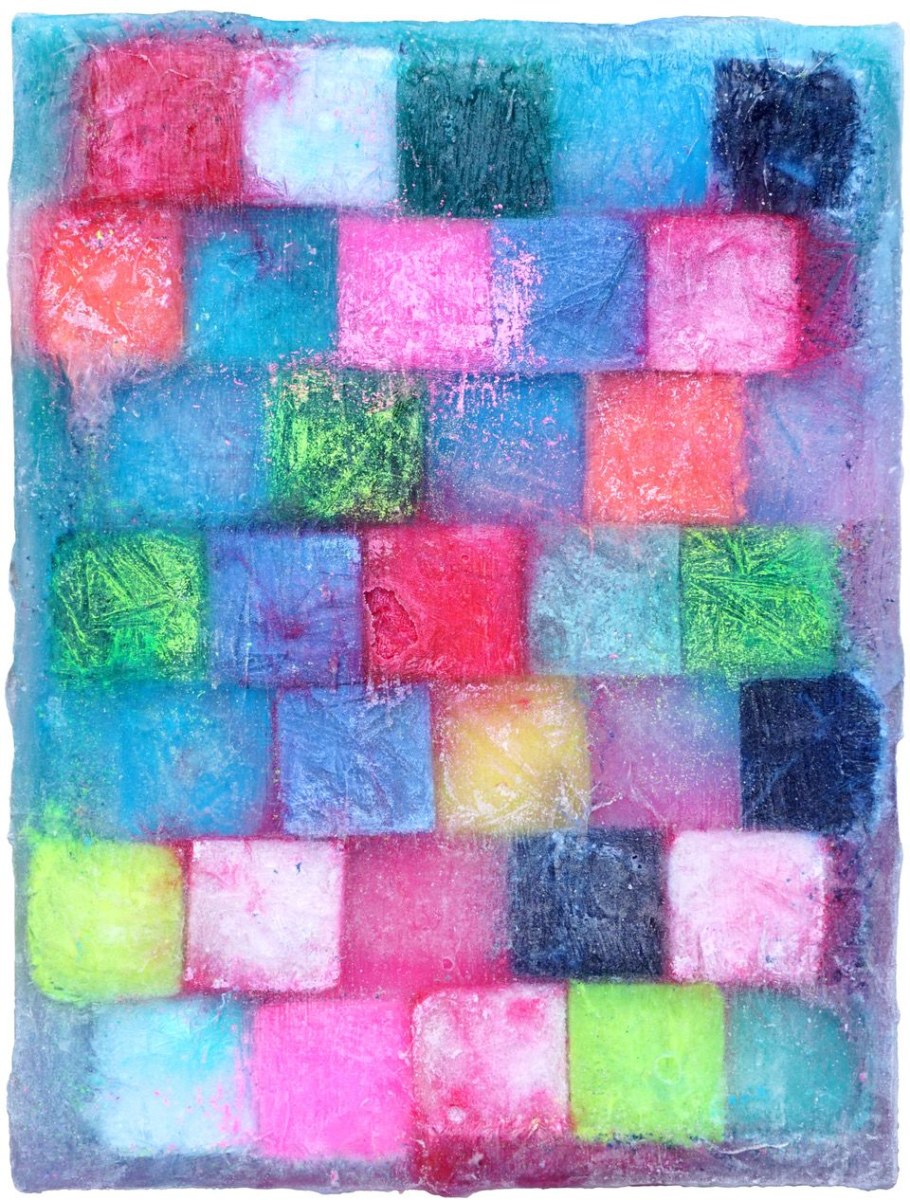 Another notable series in his work are the so-called “Icepaintings”, one of which can also be seen in the current exhibition. These works are made in the freezer and consist of frozen paint. Once you take them out of the freezer and hang them, you will slowly see the work melt into a dripping trace of colour on the wall and floor. Den Houter: “A few years ago I started making paintings of ice. I use a mold that I don’t only fill with water, but also with different colours of paint. You can hang such an ice painting once, but then it will defrost within four hours, or eight, depending on the size. Such a painting changes continuously, and after that, it’s gone. It disappears before your eyes, like everything else in life. The first time you see it will immediately be the last time. I always compare it to a sunset. It's really beautiful and changes constantly until it gets dark and it's over. Such an ice painting is typically something that you can save for a special moment, like you would with a good bottle of wine. There is something poetic about it, you can enjoy it alone at home.” As a viewer, you can hear the paint slowly dripping, so that the whole thing almost resembles a performance. This melting process is, incidentally, partly controlled by the artist because he can actually influence how the melting process proceeds: for example by using paints with different levels of viscosity (thickness and ‘tackiness’), but also by applying different techniques. The form of the work also forms a response to the art market.

The exhibition 'Well en/So what' can be seen in Frank Taal Galerie until 10 July.