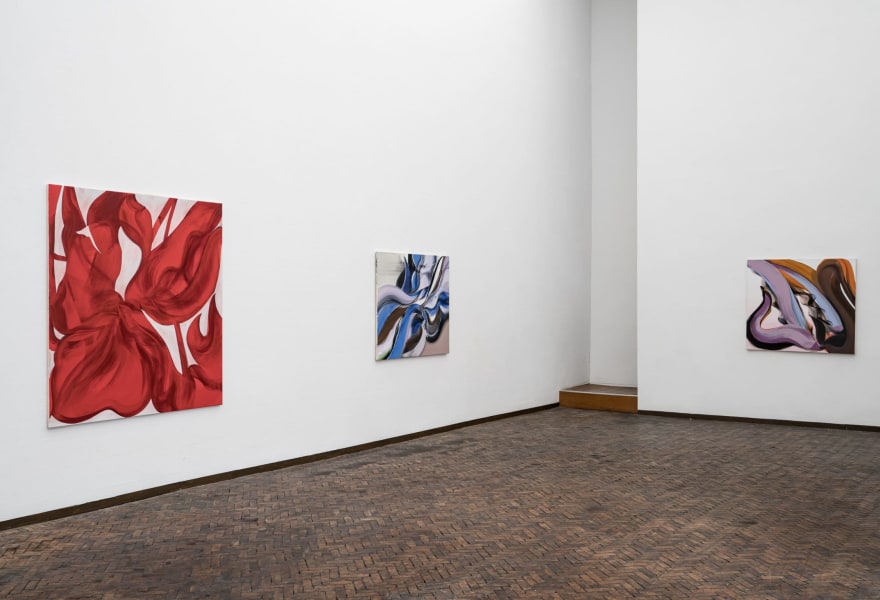 It is nearly impossible to look at the work of Dutch artist Janine van Oene without trying to distinguish a recognisable object in the image. When you stand in front of her paintings, associations arise with flowers, plants, body parts, animals or even garments — apparently executed in a single, confident movement. Still, you probably won't be able to put your finger on it.

Van Oene invites the viewer to make free associations, although her images, structures and colour combinations often refer to existing shapes and objects in the real world. She finds her inspiration in nature or architecture, but also in the form of old books or antique crockery from a second-hand shop. That inspiration is then translated to her canvases in a non-literal sense. Until 25 June, Van Oene's work will be on show in a solo exhibition at Galerie Gerhard Hofland in Amsterdam. 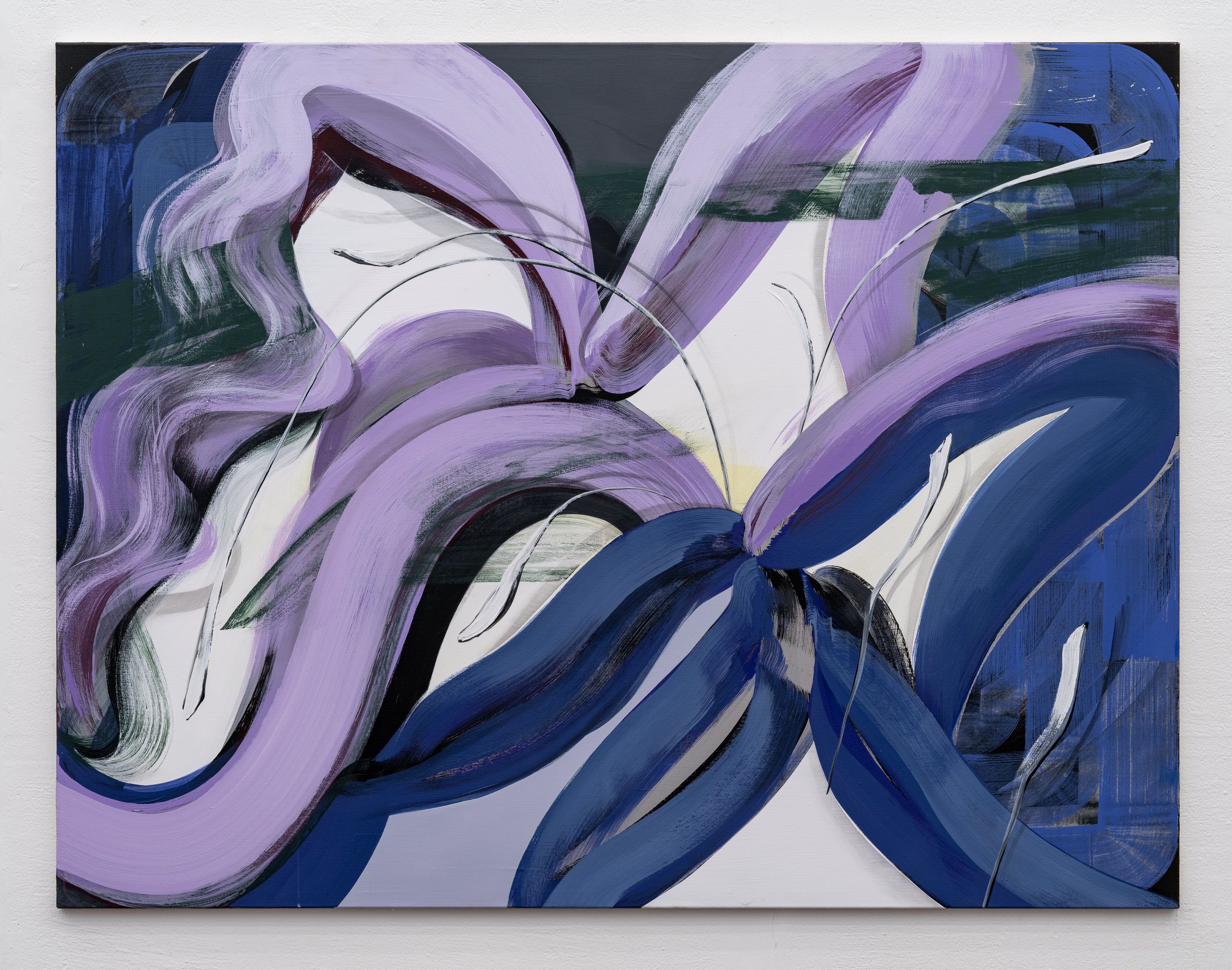 Van Oene's energetic and organic paintings seem to have come into being in a completely intuitively way, but they do require some planning: the artist regularly makes sketches in Photoshop on her computer, prior to the painting process. The canvas is carefully stretched — a process the artist compares to setting a table — and the paint is meticulously mixed. Large, dynamic movements then appear on the canvas, which are marked by a certain expressiveness. The thickness of the strokes is often determined by the selected brush.

The resulting depictions carry elements of figuration and abstraction and the smooth, graceful forms visually refer to calligraphy. Van Oene regularly works on several canvases at the same time and is therefore able to take physical distance from a painting. When she returns to it, she can often instinctively determine what the canvas needs.

After her studies at the HKU, Van Oene completed a residency at De Ateliers and AGA Lab in Amsterdam and at Bison Caravan in Brazil. She made commissioned work for the K.F. Heinfonds in the foyer of Tivoli Vredenburg in Utrecht and won several prizes, including the Buning Brongers Prize (2014), the Royal Award for Modern Painting (2017) and the Jeanne Oosting Prize (2020). Her work has been included in the collections of De Nederlandse Bank, KMPG, the Royal Collections, the ING Art Collection and AkzoNobel. 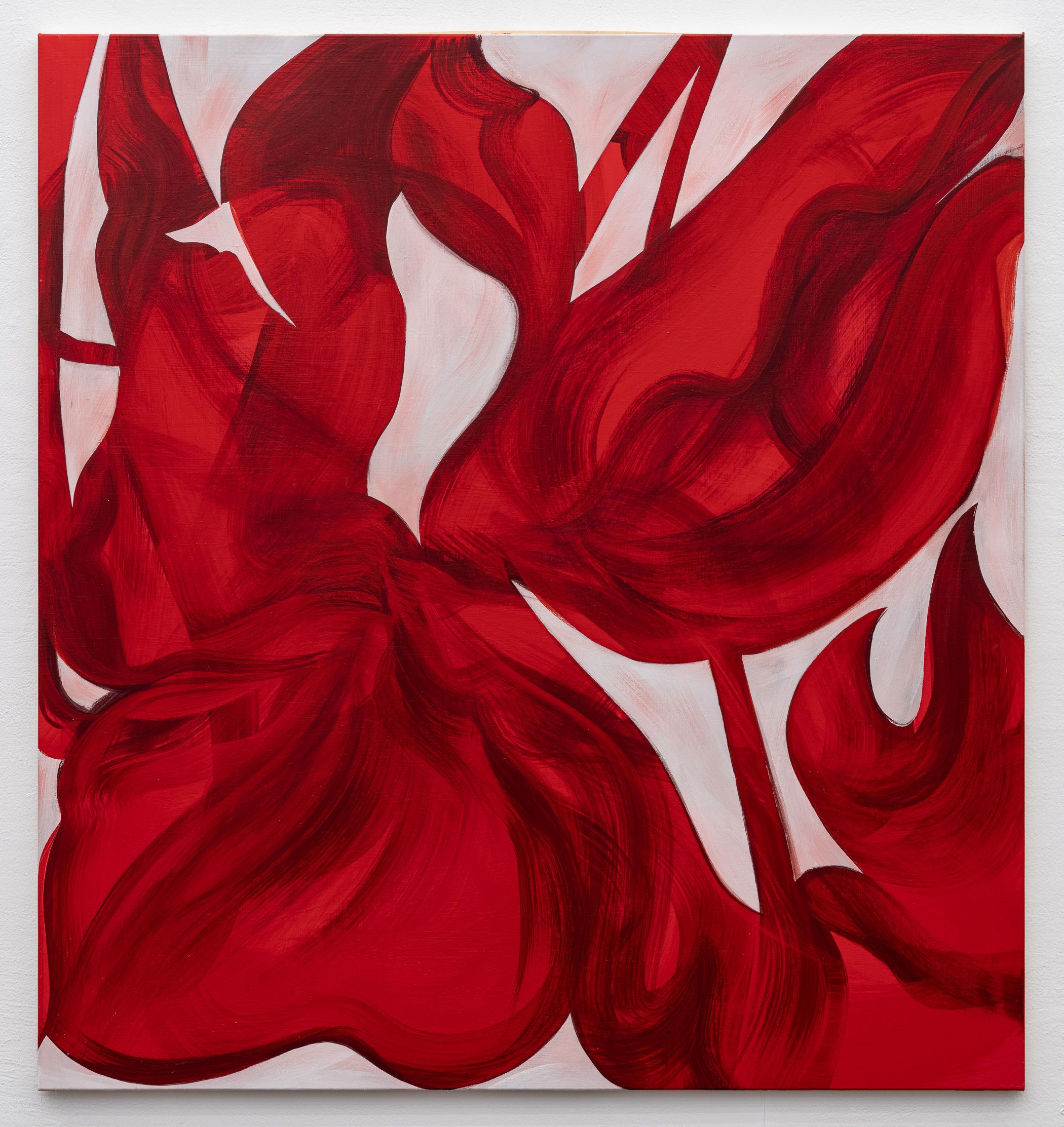 The exhibition SWEET SPILLS by Janine van Oene will remain on show at Galerie Gerhard Hofland in Amsterdam until 25 June.