My practice questions concepts such as nationhood, borders and nationalism, reflecting on global responsibility, collective consciousness, and citizenship, and suggesting the potential for immensely varied human experiences to unite.
Instead of being celebrated, our differences are made into symbols and ideologies meant to divide; they are turned into borders. The perspective of those who’ve crossed a few is worth reflecting on and from, but it is the astronaut who is the true skeptic: no eye that looks ‘down’ on Earth from space can see such perverse dividing lines. Now, this outlook invites radical revisionism.

I've been working a lot with copper, copper being the physical material that connects the world. Its incorporation into technology (communication, transport) has enabled and increased the mobility of ideas, goods, and people, impacting the nature and physicality of borders. It has become important to my work for both its physical and philosophical characteristics. In the classical world, alchemy associated seven metals with the planets (silver/Moon, mercury/Mercury, copper/Venus, gold/Sun, iron/Mars, tin/Jupiter, lead/Saturn). As one of these materials, copper has a direct association both with human history and the cosmos. I am using a technique called Repoussé, which does not require a highly equipped studio; rather it is more of a nomadic technique that I can use wherever I go, well-suited to my nomadic lifestyle.

My own experience as a travelling artist and an immigrant, continuing crossing borders and witnessing variations in culture, religion, nation, race– undoubtedly informs and anchors my practice. But what it more importantly grounds is the quest essential to my work to comprehend and express the global through the local, the universal through the particular, the familiar through the alien. I believe that we are all connected.
I consider myself not only a sculptor but also a storyteller, one who wishes to create somewhat open-ended tales, later finalized in the mind of the viewer.
Kunstwerken
Articles
Media
Highlights
Over de kunstenaar
In collectie van
Tentoonstellingen
Marktpositie
CV 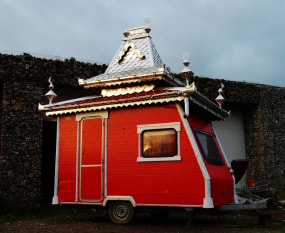 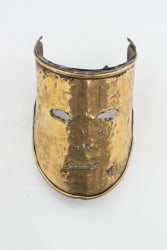 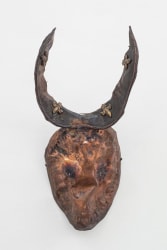 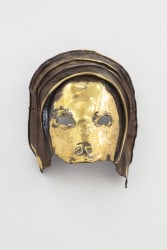 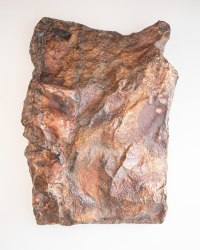 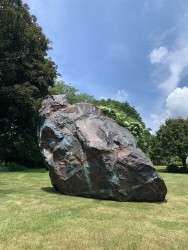 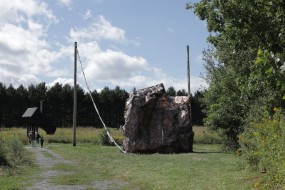