guest
Tewa Barnosa (b. 1998) is a Tripoli-born artist and cultural producer whose conceptual
approach is both curiosity- and research-based, emerging from the polar extremes evident
throughout the world today. Influenced by repetitive revolutions, Muslim cyber-punk, civil
wars, religious teachings, and Tamazight rituals and mythologies, she observes and creates
surreal narratives of contradiction, extremity, and the in-between. Barnosa’s work consists of
audio-visual installations, sound sculptures, electronic objects, scenography, and expanded
paintings that gather calligraphy, texts and writing forms emerging from her poetry practice.
She is driven by the adventure of exploring languages both ancient and current. What’s
written will surely remain, codified by history, but Barnosa is attempting instead to imagine a
futuristic heritage that might reveal radically other possibilities and illustrate fictional
archives.
Since 2021, Barnosa moved from Berlin to Amsterdam, Currently an artist in residence at the
Rijksakademie, and founder of WaraQ art foundation, one of Libya’s leading non-institutional
artistic collectives, a laboratory for the production, publication, and curation of works by
artists, performers, researchers and curious minds from North Africa and beyond.
Kunstwerken
Articles
Media
Highlights
Over de kunstenaar
In collectie van
Tentoonstellingen
Marktpositie
CV 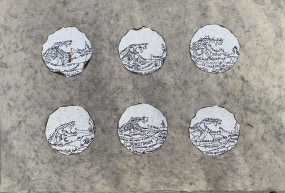 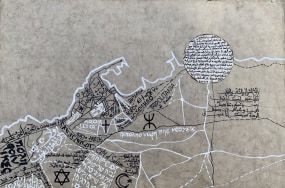 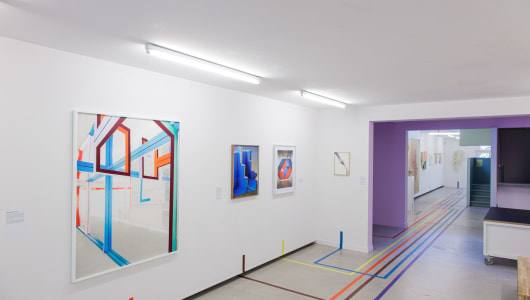