guest
Joel Dean was born in 1986 and was largely influenced creatively by the 1990s. In the United Kingdom, a collective of artists known as the YBAs, or Young British Artists, dominated the artistic culture of the decade. They were a loosely affiliated and diverse group, connected generally by their age and nationality. A number of the members had attended the Royal College of Art and Goldsmiths in London, and were favoured by Charles Saatchi, the ‘super collector’ of art at the time. The most well-known member of YBAs is arguably Damien Hirst, and other members included Chris Ofili, Tracey Emin, Marc Quinn, Gavin Turk, Sarah Lucas and Sam Taylor-Johnson (née Sam Taylor-Wood). Through their use of shock tactics and sensationalism, the YBAs garnered a controversial reputation image which was further fuelled by their use of throwaway materials, wild lifestyles and an attitude that was at the same time rebellious and enterprising. The group dominated the British art scene in the 1990s and their group show ‘Sensation’ is now viewed as legendary. The art world was influenced by a number of trends throughout the decade, the controversial, hyper-realistic sculptures of Maurizio Cattelan and the sensitive, conceptual work of Felix Gonzalez-Torres epitomised the atmosphere of the era.
Kunstwerken
Media
Highlights
Over de kunstenaar
In collectie van
Tentoonstellingen
Marktpositie
CV 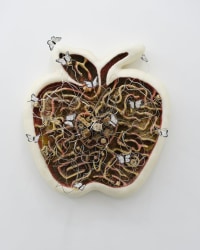 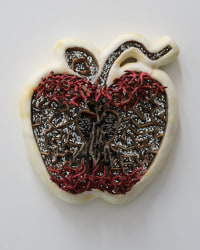 Joel Dean – (born in Atlanta, Georgia in 1986) He currently lives and works in New York City. He graduated from the School of the Art Institute of Chicago with a Bachelors of Fine Art in 2009. His work has been included in exhibitions at American Medium, New York; Alyssa Davis Gallery, New York; Species, Atlanta; ISCP, New York; Weekends, London; Bodega, New York; Lodos, Mexico City; and Jancar Jones, Los Angeles. He has an upcoming exhibition of new work at Cordova, Barcelona. This is his first solo exhibition in New York City.