Milan Kunc (°1944, Prague) emigrated to Germany, where he was educated at the Kunstakademie Düsseldorf in the 70s under Joseph Beuys and later Gerhard Richter. In Dusseldorf, he made name for himself with a classical style of painting and a dissident attitude towards the existing conventions. Born in Czechoslovakia, Kunc was astonished at Western morals and consumption habits, which he scrutinized and criticized in his paintings. Kunc has been known for his eccentric and controversial works of art; large colorful paintings and drawings with a fascination for details which, through closer inspection, turn out to be ingeniously constructed moralities.

The exhibition ‘Timeless’ shows a series of pastel drawings of the 70s. Kunc made these drawings while studying in the Dusseldorf akademie, turning away from the German Modernism as dictated by his teacher Joseph Beuys, he asked his classmates to model for him for a classical series of pastel drawings. This subversive attitude towards the dominance of a non-painterly movement led to a series of drawings and paintings in a heavily academic and refined style, parodies on baroque paintings, pop art reflections and the portrayal of political and kapitalistic icons.

Most of his works are painted in a cartoonish style: animals, still lives, portraits and flowers, Kunc paints them clearly and precisely with a preference for sweet and cheerful colors. He often presents us with slightly surreal dreamy images. With each painting, Kunc wants to tell a story in esthetic images that stimulate our imagination.
Kunstwerken
Articles
Media
Highlights
Over de kunstenaar
In collectie van
Tentoonstellingen
Marktpositie
CV 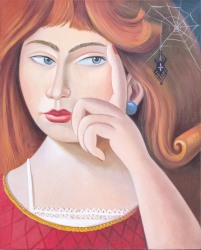 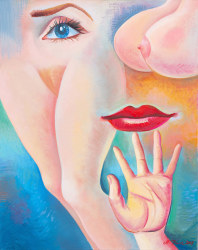 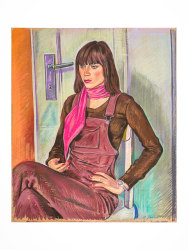 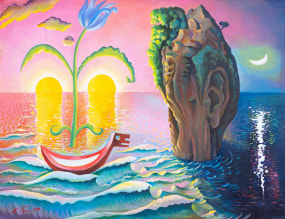 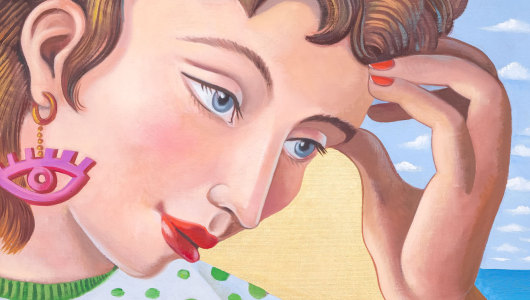