... “....Lush surfaces, delicate coloration, and emotion checked by a “cool intelligence” reminiscent of Jasper Johns”. In this manner Art in America discussed Goldenberg’s works in 1980. In the 40 years that passed his paintings moved from figuration to abstraction and back again ...


As described in a 1980 article in Art in America, his paintings have “....lush surfaces, delicate coloration, and emotion checked by a ‘cool intelligence’
reminiscent of Jasper Johns”(1). In the 40 years that he has made work, Goldenberg has moved from figuration to abstraction and back again, with close studies of brushstrokes, pigment, gesture, and paint application of works by such artists as Bonnard, Matisse, Picasso, Richard Diebenkorn, De Kooning, Clyfford Still, Ad Reinhardt, among many others.
Inspire by the manner in which these art historical figures used elements from drawing in their paintings, drawing plays an important part in his work and even led him to develop a course called “Drawing on Collections,” which he taught for over 15 years at the New School, the Morgan Library, the Metropolitan Museum Drawing Study Center, the Museum of Modern Art, the Hispanic Society, Kaikido Gallery,
Brooklyn Museum and some private drawing based collections.

Throughout the years Goldenberg experimented with different points of reference; from memory, using photographs as source material, observation of the decadent and chaotic New York in the 80s, to the
changing urban cityscape, and painting in-situ in bucolic landscapes. He developed his own handmade, natural pigments that he grinds on roughened glass in order to insure desired levels of viscosity and high color saturation. To enhance his mood and pace of working, Goldenberg paints to music by Bach, Thelonius Monk and Stevie Ray Vaughn.

About his most recent body of work
Goldenberg wrote; “ I use abstraction to reference an architectural or fictive space. Although a traditional picture-frame is utilized, I envision the work as an inner proscenium that operates on several planes. There are burial chambers and areas of ritual sacrifice, walls and rooms as well as
windows and doorways, areas above and below ground, and deep and shallow spaces for the living and the buried.
The paintings function as elegies or heroic, intimate poems intuiting the history of man and The Structures of Everyday Life—the title of a book by Fernand Braudel that is rhythmically poetic in his discussion of how humanity is orchestrated by geography, climate, technology and the routines of daily life.”

In 1973, Goldenberg moved from Chicago to New York City’s SoHo Art District where he set up a studio with the minimum functional needs: a bed, some lights, and a refrigerator. Shortly after, his work was on view at a group exhibition at the prestigious Aldrich Museum in Connecticut, and he had a New York solo show at the Sarah Rentschler Gallery on 24th St., which was well-received by art critic Holland Cotter in the Arts Journal (2). Throughout the years Goldenberg had over 20 solo and group exhibitions throughout the United States. Three years ago Goldenberg moved from New York City to Sharon, Connecticut, where he now lives and works.. In 2019, he was an artist in residence at the American Academy in Rome. 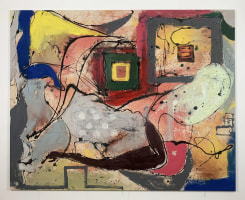 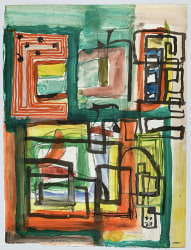 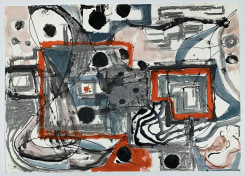 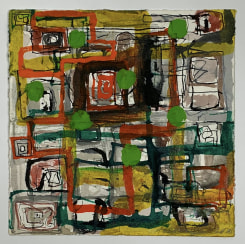 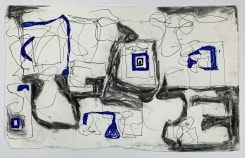 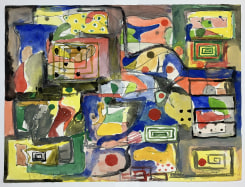 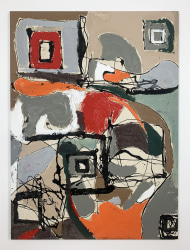 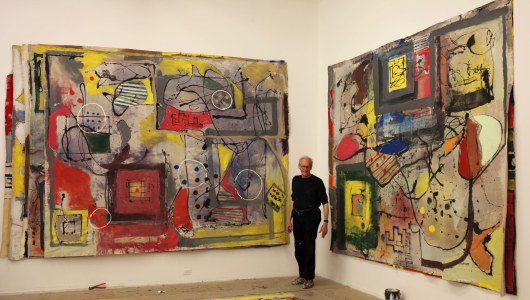