The ultimate quest for simplicity, clarity and the symbolic characterise Ad Dekkers’ minimalist oeuvre. His fascination for the drawn line took him onto the exploration of its third dimension, which he achieved by applying saw-cuts in perfectly smooth panels or by assembling panels one on top of the other in a defined pattern.

During his education at the Rotterdam Academy Dekkers became fascinated by the work of Piet Mondrian, Ben Nicholson and Hans Arp. The visual language of these artists would remain a life-long guiding principle throughout Dekkers’ oeuvre. He lived in the Dutch town of Gorinchem where he became friends with Peter Struycken, Jan van Munster, Ewerdt Hilgemann and Marinus Boezem, all of whom became part of Dutch abstract avant-garde from the 1960s and 1970s.

Dekkers’ work did not remain unnoticed during his short life. Exhibitions in the Amsterdam avant-garde gallery of Riekje Swart spread his reputation and he was invited via Jean Leering, director of the Eindhoven Van Abbemuseum, to participate in various large international exhibitions, including the 1967 São Paulo Biennial (together with Jan Schoonhoven and Peter Struycken) and the 1968 4. documenta in Kassel. In 1973, a year before his early death he had his first and only exhibition in New York with Rosa Esman Gallery. 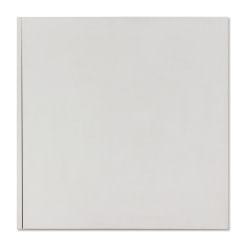