Nabeeha Mohamed (b. 1988, Cape Town, South Africa) studied at the Michaelis School of Fine Art at the University of Cape Town and graduated, specializing in painting, in 2011. Mohamed’s very personal work grapples with the complexities and contradictions of identity and class privilege in post-Apartheid South Africa. Her identity as a woman of colour, hushed during her childhood years in an attempt to assimilate to the white society and culture she grew up in, is now celebrated in her paintings where colour, boldness and strangeness take centre stage. Her paintings offer a tension when these celebrations of identity are intersected with a playful critique of the capitalist economy and class privilege from which she benefits. 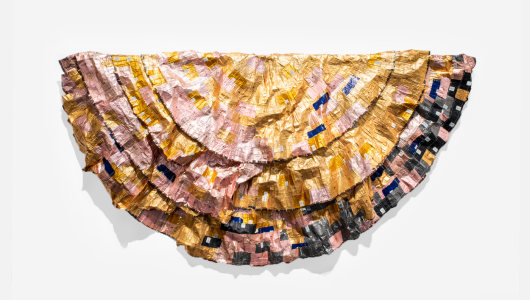 Mohamed has participated in several group shows, including Map of the New Art (Fondazione Giorgio Cini, Venice), Outside the Lines: An Exploration of Abstract Materiality (WhatiftheWorld, Cape Town), HB (A Humble Little Show) and Fugly (Chandler House, Cape Town) and Close Encounters (SMITH Studio, Cape Town). In 2017 she completed a residency at Casa de Ilhabela (Ilhabela, Brazil) and she is currently working towards her first solo show to be exhibited next year.