Claire Partington’s work has been included in the Victoria and Albert (V&A) Museum, Museum of London, Seattle Art Museum, 21C Museum and Walker Art Gallery, among others. Her work is also in a number of private collections around the world, including the Reydan Weiss Collection and Ömer Koç Collection. A highlight was her museum installation at the Seattle Art Museum. In 2018 she won the first prize from the Virginia A. Grant Foundation.

Partingtons' work generally deals with narrative, symbolism, gender and status. Her interest lies in symbols and how people use them to identify with certain social groups. Her work also deals with the long European tradition of appropriation and reinterpretation of design styles, fashions and cultures.

Most of her big ceramic sculptures are made in earthenware, and now and then stoneware and porcelain. The pieces are all built from the base up as hollow vessels using coils of clay (like sausages). The coils are smoothed together and shape the figure as it is being built upwards. The pieces are refined and sculpted and then added with sprigged decoration, which is clay pushed into plaster moulds made from things like jewellery or toys – like the raised decoration you get on Wedgwood vases. The pieces are fired, glazed and then with use of digital enamel transfers or paint onto the surface with enamels and metal lustres. In total, the process can take up to four months, but Partington has a number of figures in production at the same time.

Claire Partington graduated from Central Saint Martins in 1995 with a 1st in Fine Art Sculpture. She went on to work within some of the Museums and Galleries that had initially fired her enthusiasm for Art and Craft (most notably the V&A) and continued her post graduate education in Museum Studies.

In 2003 she resumed making. This time concentrating on ceramics, attendeding Kensington and Chelsea College evening classes from 2003-2008 and started to produce work drawing on influences gained from a non-Craft education and a wealth of vocational experience working with National Collections. She lives and works in London.

ABOUT THE WORK
Narrative and the retelling and misinterpretation of stories is at the centre of her work. Initially concentrating on reimagining and retelling Folk and fairy stories with particularly strong imagery, then merging these stories with imagined back stories for historical figures and their associated iconic imagery.

The aesthetic inspiration is drawn largely from European Applied Art and Design styles from the 1600’s onwards. Underpinning this is the long European tradition of appropriation and reinterpretation or misinterpretation of “exotic” styles that can be seen in National Collections across Europe. She likes the idea of getting it slightly wrong and the bluffing and “cobbling together” of styles that has resulted in some fantastic historical objects.

Claire Partington started making sprigged vessels inspired by the salt glazed “bartmann” figurative bottles, but with the look of tin glazed earthenware from the 1600’s. This evolved into the fully figurative vessels she is making at present, starting with the bottle shaped wide court mantua dresses of the 1700's. The figures have head “stoppers” to reflect the origin from the figurative bottle and sometimes an additional head stopper to illustrate the metamorphosis of a character.

Her work has a very familiar feel to it due to the historical and literary references, even though it has it’s own very definite aesthetic. The pieces are all meticulously hand built, using traditional ceramic techniques. They are coil built, then the shape is refined before adding surface decorations of sprigged (press molded) ephemera and modern computer generated enamel decoration over the glaze.
Oeuvres d'art
Articles
Médias
Points forts
Recommandations
Collections
Expositions
Position sur le marché
CV 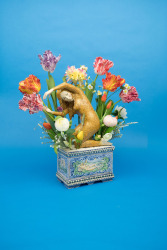 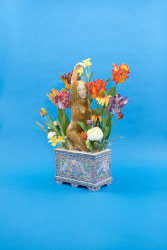 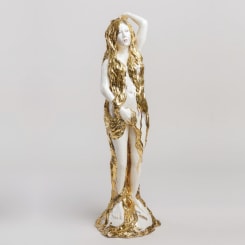 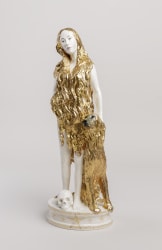 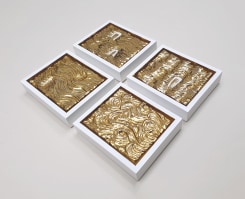 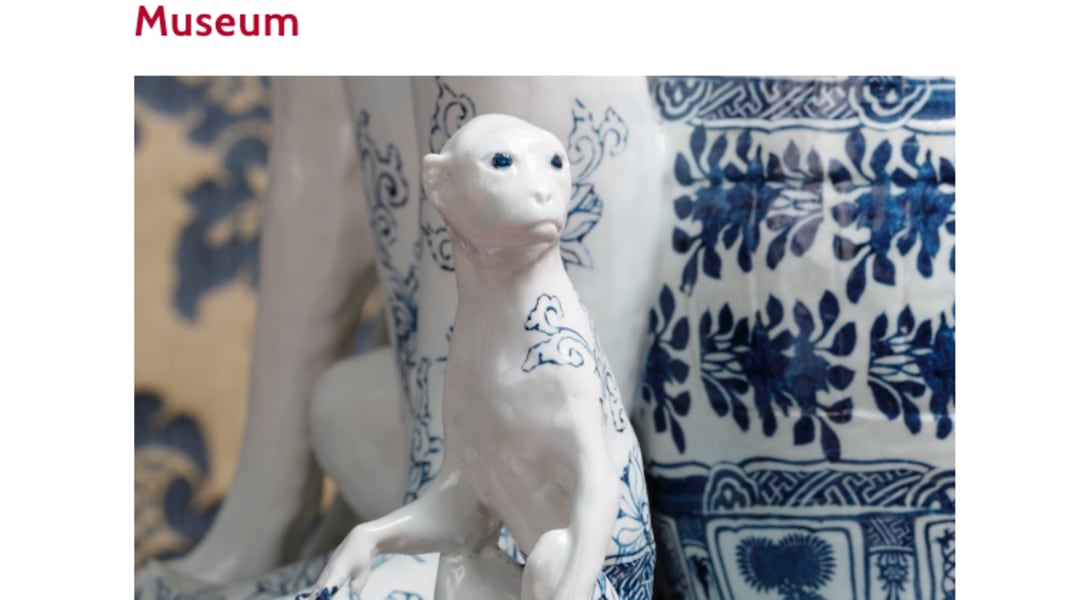 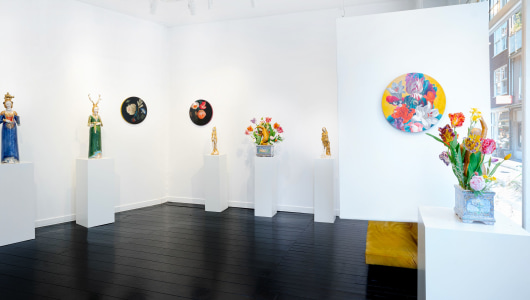 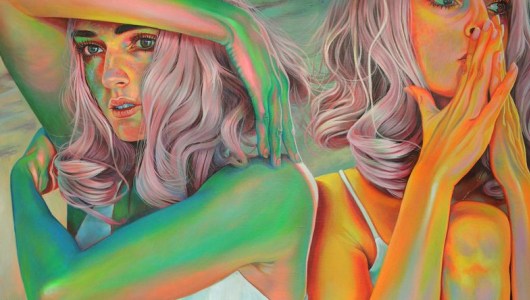 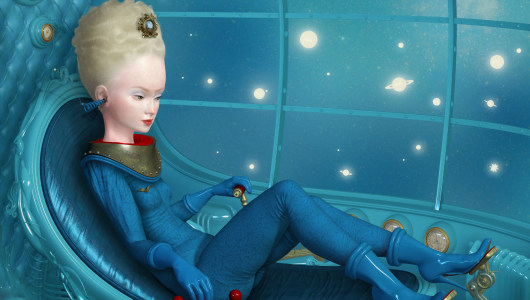 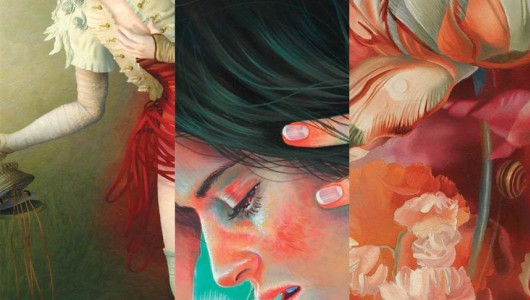