Lawrence James Bailey collects material from his surroundings, which he photographs and combines to make new representations in his studio. In the type of ‘landscape’ that he uses as a source, a kind of human presence is tangible: ‘The border area where the city and the surrounding landscape meet. A kind of no man’s land where hardly anybody goes and where criminal activities take place.’ In a world where people control most of the existing nature, he sees these terrains as the new wilderness. ‘You won’t be eaten up by a wolf, but it can be dangerous there just the same and end up in confrontations.’

The beer cans, stolen handbags, condom wrappings and cigarette butts he finds in these ‘edgelands’ are at odds with romantic ideas about landscape. He combines such objects to make a new whole in his textile pieces, which are layered both in terms of their construction and references. ‘An organic mix of realities.’ Whereas he previously ‘drew’ with thread and a sewing machine, now Lawrence frequently recycles textile and embroidery that he finds in second-hand shops or on Marktplaats, the Internet marketplace. A method of working that ties in with how he collects his source material. The landscapes that he creates in his banners, flags and wall hangings, accompanied by poetic or provoking texts, gain a history of their own. The longer you look at them, the more their story unfolds.
Oeuvres d'art
Médias
Points forts
Recommandations
Collections
Expositions
Position sur le marché
CV 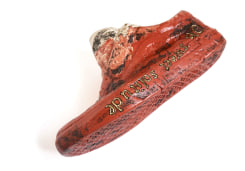 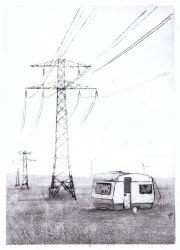 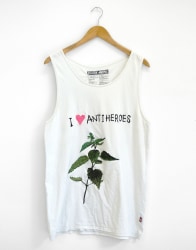 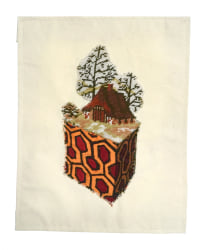 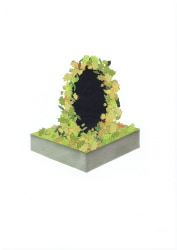 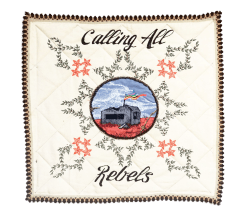 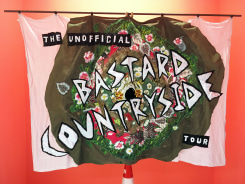 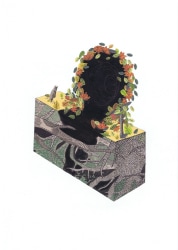 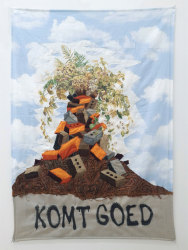 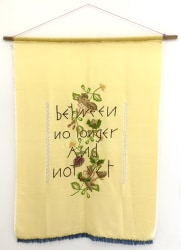 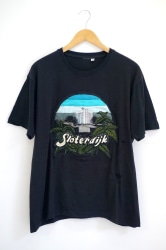 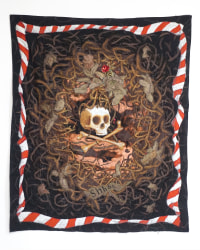 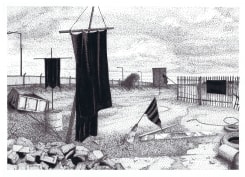 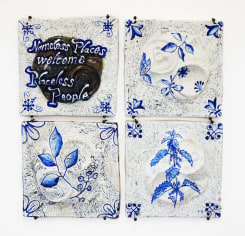 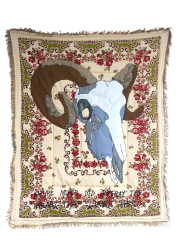 Landscape, Negation & Indifference
AROUND THE CORNER
2019 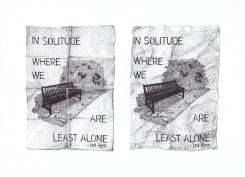 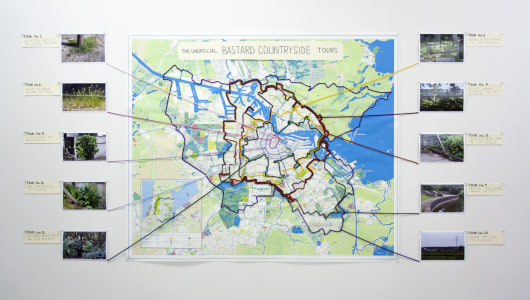 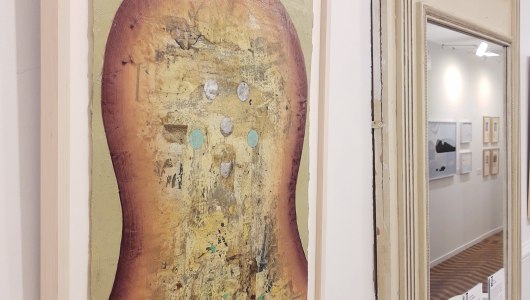 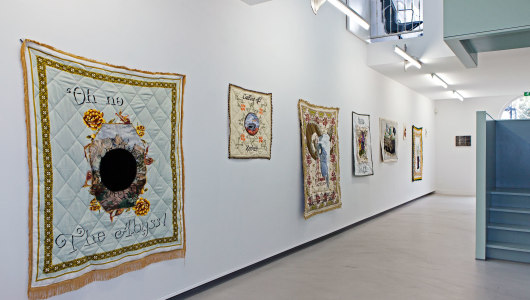 Born in 1976 in Stoke-on-Trent, UK, Lawrence James Bailey currently works and lives in Amsterdam. Lawrence graduated with a BFA from the Hull School of Art in 1998. He was then accepted for a two-year residency at De Ateliers in Amsterdam, which he successfully completed in 2001.

Lawrence has been exhibiting in solo and group exhibitions all over the United Kingdom, The Netherlands, Spain and Latvia since 1995. These include for instance the ‘Rijswijk Textiel Biennale’ in Museum Rijswijk in 2019, ‘Brownsfield Research Centre’ at AirSpace Gallery in Stoke-on-Trent in 2018 and ‘Survival Kit 6 / Utopian City in the Latvian Centre For Contemporary Art, Riga in 2014. Lawrence and Galerie Bart have been working together since 2017, resulting in solo, duo and group exhibitions and fair participations, such as Drawing Room Madrid and Big Art.

In 2020 Lawrence was artist in residence at AIR Guiniguada in Gran Canaria. In 2016 he won the Wonderlust photo contest organised by De Hallen in Haarlem and in 2002 he received a stipend from the BKVB Fund. His work can be found in the collections of the Amsterdam Museum, Europol, Huize Frankendael, the Amsterdam Graphic Atelier, CBK Amsterdam, Deiska, Hotel WOW, De Ateliers and many private collections. In addition, Lawrence has been involved in the creation of multiple magazines and theatre productions.

Education.
2001 • Residency at De Ateliers in Amsterdam.
1998 • BA Fine Arts at Hull School of Art in Kingston upon Hull UK.
1995 • Foundation Studies in Art and Design at Staffordshire University in Staffordshire UK.