Peter Martens (1937-1992) was a Dutch socially engaged photographer. Wherever he went, Hong Kong, Rotterdam, Calcutta, Kenia or New York, he photographed power relationships. The crippled, praying, morally broken or even murdered people he captured can be crawling or lying on the floor, but they still are people among fellow human beings. They are flanked by those who are still are upright: police officers, the military or the church, ambiguous figures of power and authority who guide as well as oppress, dominate as well as support. What takes place on Martens stage is nothing less than life itself. The work of Peter Martens has an unique place in Dutch photography. As one of the only Dutch photographers Martens has been nominated different times for the Magnum photography award and in 1977 and 1979 he won several awards at World Press Photo. In 1984 Peter Martens was awarded the Capi-Lux Alblas Prize for his entire oeuvre and in 1988 the Silver Camera Foundation proclaimed him Photojournalist of the Year.
Oeuvres d'art
Articles
Médias
Points forts
Recommandations
Collections
Expositions
Position sur le marché
CV 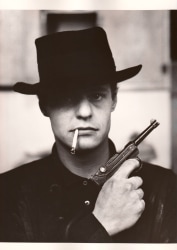 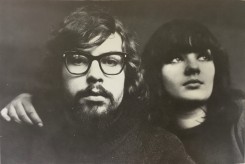 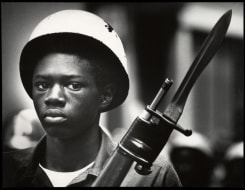 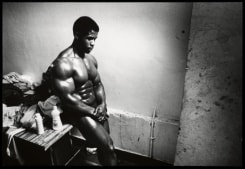 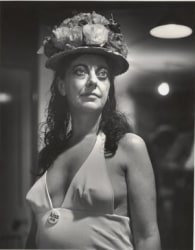 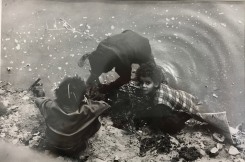 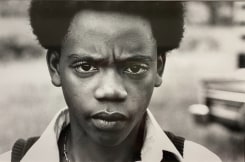 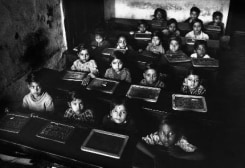 WORK AND LIVE
1992
Peter Martens dies of cancer in Rotterdam on April 16.
1990 - 1991
Last visit to New York and the Mississippi.
1989
In New York to photograph Harlem before the slums are cleared. Cruel Compassion is published.
1988
The Stichting Zilveren Camera (Silver Camera Foundation) proclaims him Photo Journalist of the Year. The book 't Staartje van De Fles is published.
1986
His book A Week in the Life of a Nation is published.
1985 - 1986
Works in Ireland.
1984
Invited by Magnum to provide photographs for books on cities, for which he goes to Los Angeles and London. Is awarded the Capi-Lux Alblas prize for his entire oeuvre.
1983
Accompanies Renate Dorrestein to Calcutta on a travel grant from the Ministry of Culture.
1982
Panorama sends him to Israel and South Lebanon to report on Major Haddad's mercenaries. He also takes pictures of the famine in North Kenya.
1981
Publication of the book Nothing Special.
1980
Photographs in Oudagadougou, Upper Volta.
1979
With Dutch journalist Renate Dorrestein makes a reportage on the political activist Bernadette Devlin in North Ireland. His series on the Foreign Legion wins the second World Press Photo Award.
1978
On assignment for the weekly news magazine Panorama, goes to Beirut twice.
1977
Receives a double World Press Photo award for his series on neo-Nazis in the United States and American victims of the Vietnam war.
1973
Works in Lagos (Nigeria) and Ulster (North Ireland).
1972
Photographs the leper settlement Agua de Dios in Colombia. The reportage is published in the Dutch magazine Avenue.
1971
Reportages in Calcutta, Hong Kong and Bangkok.
1970
First visit to the United States.
1969
Goes to Israel on a travel grant from the Dutch Ministry of Culture.
1966-1967
Roams the world, photographing people in the street. He captions these pictures with a brief account and sells them to newspapers. Portrays his friends in the Rotterdam Café De Fles.
1965
Stills photographer for two Dutch feature films: Rififi in Amsterdam and De Vergeten Minnaar (the forgotten lover).
Abonnement gratuit au magazine
Articles, interviews, spectacles et événements. Livré dans votre boîte aux lettres chaque semaine.