It is difficult to write about ‘the’ work of Carole Vanderlinden. Let’s just say, she makes paintings. Like almost all painters, she draws too. You could say that Vanderlinden’s work rises up out of her sketchbooks, which don’t contain preparatory studies in the classic sense, but rather visual jottings: a constant stream of copied things and small formal experiments, sometimes interspersed with a quote she has found. And sometimes that stream generates separate drawings or paintings.

This practice does not produce a rigid programme – or well-rounded artistry. Vanderlinden is not a thematic artist. She gives pressing matters pertaining to the ‘real’ world a wide berth. Neither does she make series, held together for example by theoretical assumptions, clear concepts, defining practices, sustained procedures... There is a certain unity, but it consists mainly in recurring forms, colours and strewn motifs. They are perhaps no more than repeated movements in filling in the graphic or pictorial space, inherently her own and at the same time impersonal, like a fascination.

Naturally the painter doesn’t come falling out of the sky with each work she makes, like a pioneer, carrying in her rucksack the absolutely new. Her works are not the first ones ever made; history always has a say. A large number of her works are genre pieces: portraits, still lifes, landscapes.... We often see motifs which refer to ‘other’ (non-Western and ancient) traditions. Many works are abstract, but they are never fully that. Slightly off-balance diagonals, stepped or notched lines, or rhombuses, parallelograms and trapeziums that are clicked together: they all create spaciousness. Even abstract seems to be a genre here, with conventions which ask to be flouted. Or rather: in Vanderlin- den’s work there is only a gradual difference between figurative and abstract. They fight out their differences on the canvas. The flat surface always shimmers in the figurative space, but on that flat surface there is always the depth of layers, textures, structures and volumes.

Vanderlinden eagerly draws on her stock of painterly magic tricks, only to go on to extract them in playful manner from their art-historical use. The multiple forms of the historical avant-garde are a particular source. However, Vanderlinden does not use cubist, constructivist or elements of other ‘isms’ as part of a programme. Rather, the fragmentation itself is fragmented. The artist never fully identifies with an artistic idiom; she lets the idioms fight it out among themselves.

This is not the work of an artist who defines herself before she begins, not even by the idea that every work should be entirely new, either in the history of art or in her own oeuvre. You could say that Vanderlinden’s painting is anything but fundamental. Not painting in general, but every individual painting has its own dynamic that emanates from the open beginning which
an as yet unmade painting always is. It is not that in the beginning there was nothing: Vanderlinden inevitably starts from an existing texture, one saturated with irregularities. But what was there, was in no way definite and is as yet undisciplined by upfront decisions. You could say that taken as a whole, Carole Vanderlinden’s work shows that in every work there is a moment when the figurative was neither abstract, flat nor three-dimensional, a moment when (lots of) words existed already but as yet no titles or opinions.
- Koen Sels
Oeuvres d'art
Articles
Médias
Points forts
Recommandations
Collections
Expositions
Position sur le marché
CV 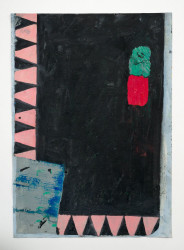 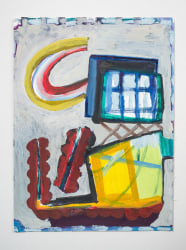 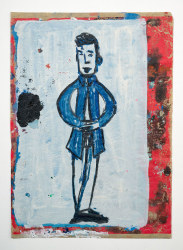 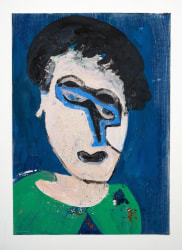 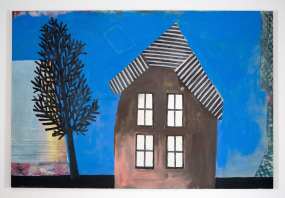 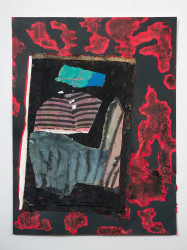 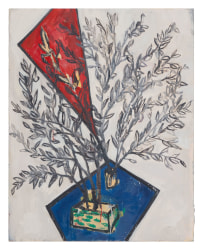 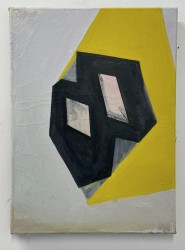 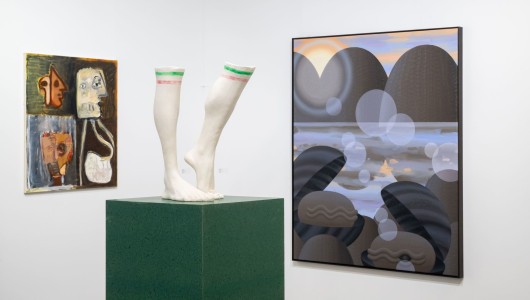 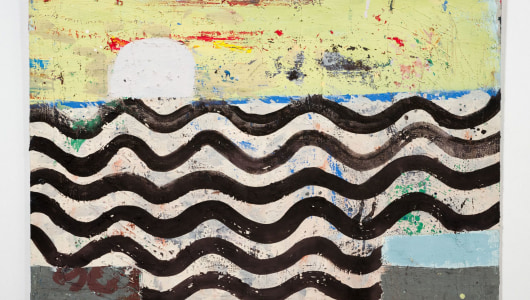 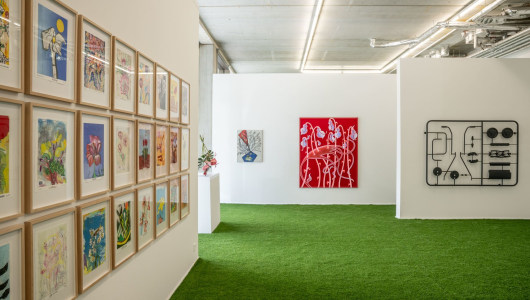 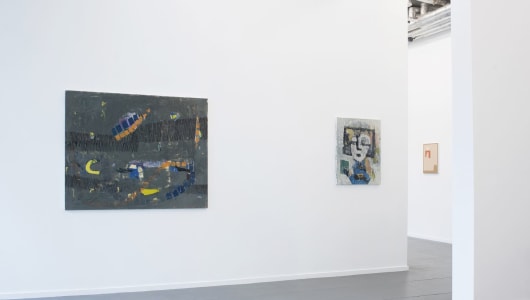 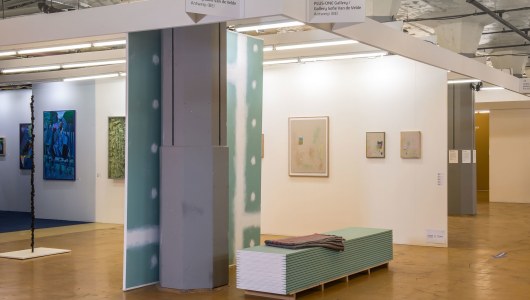 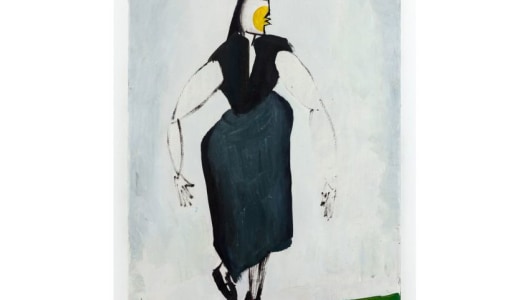