Next to my role at museum Voorlinden - where I am a member of the board and responsible for patron and partnership development - I am the co-founder of Art Fix (art-fix.com).

Let’s just start by acknowledging that contemporary art can be frustrating. Artists often use difficult visual language that is hard to understand. Even for those who have studied art, these abstract messages can often be hard to decrypt. The complexity behind contemporary work gives it an extraordinary power, but it takes time and effort to unpack. In today’s busy, fast-paced world, many people simply don’t have that time or energy.

With this in mind, Ingrid Heideman, Tara Advaney and I decided to share our passion for storytelling and contemporary art by creating Art Fix. Art Fix is a contemporary art e-learning platform. Our team is on a mission to explain the mysteries of the contemporary art world and make the art world accessible one story at a time. While we’re based in the Netherlands, we target a global audience with all episodes, stories and podcasts created in English. Our goal is to have a little less people out there standing in front of art thinking: Hm, I have literally no idea what this artist is trying to say!

After all the anxiety caused by the pandemic, people around the world have found solace in nature, escaping the daily uncertainty and their homes. That impulse, whether yearning for freedom symbolized by the great outdoors or discovering refuge in the world of flora and fauna, can be seen in these works by many contemporary artists. That’s why we’ve curated a selection of our favourite outdoor-inspired artworks. The artists shown here are masters at capturing the indescribable delight brought about by the outdoors: from underwater still lives to a photo of an orchid with plastic surgery. Art Fix’s bread and butter is telling stories behind the works, so let us dive into these great outdoor art pieces. 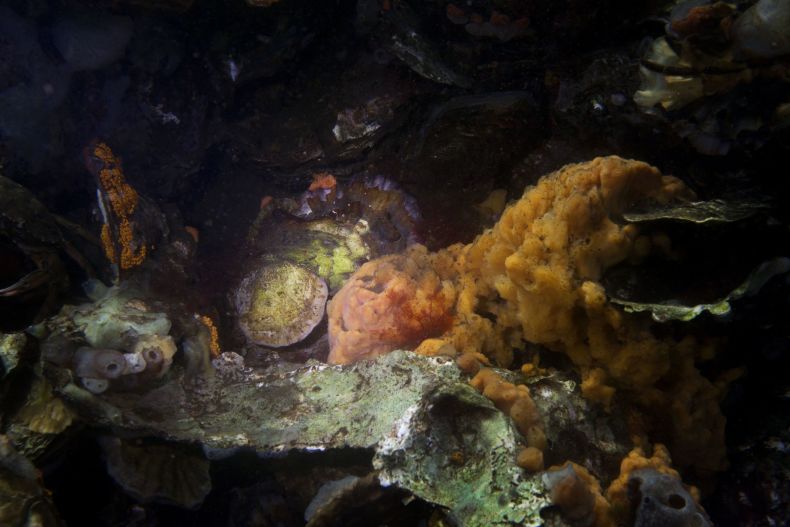 4 Éléments multimédias ᛫ 14 Oeuvres disponibles
0 Spectacles ᛫ 8 Points forts ᛫ 3 Recommandations
What better work to start than this work of Elspeth Diederix? Upon first glance, this work may be reminiscent of a 17th Century still life. Upon closer look you’ll see the magical and unexpectedly colorful underwater world of the Grevelingen lake. In fact, Diederix actually had to dive to the bottom of the lake for this series. “Diving is beautiful and, above all, very exciting. You enter a world of shape, color and texture. You don't recognize anything, there is no sense of scale, there is nothing you can relate to the world you know,” Diederix says. “The first time I dove I immediately wanted to photograph everything. But I was also terrified. You have to stay very calm, even if your mask is slowly filling up with water. Well. I am not calm.”
We love the haziness of the work, truly invoking that underwater clouding effect that we all recognize. It also adds a new layer to the work that gives it a strong liquid quality. 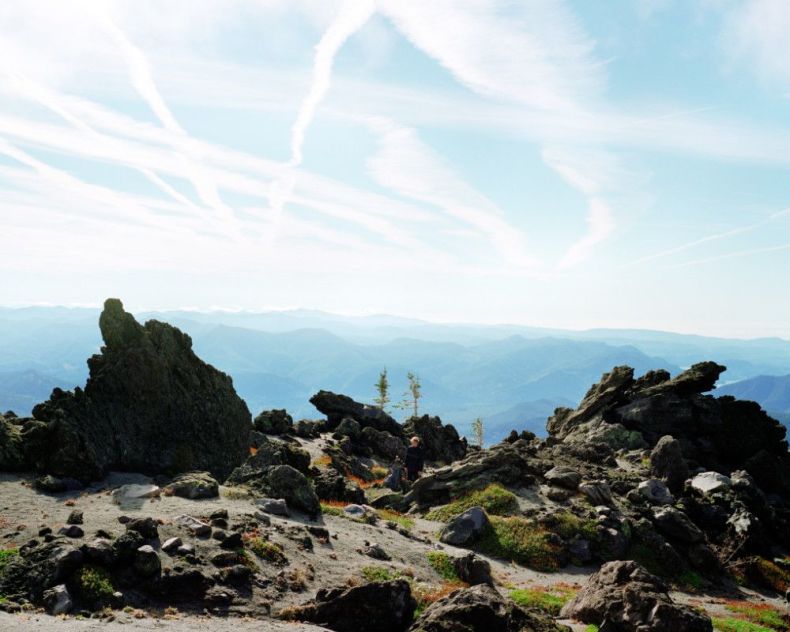 0 Éléments multimédias ᛫ 9 Oeuvres disponibles
3 Spectacles ᛫ 1 Points forts ᛫ 0 Recommandations
This image by Guido van der Werve immediately brings back memories of my expedition to the top of Mount Kilimanjaro. Beyond being an accomplished musician and visual artist, Van der Werve is also a triathlete and marathon runner. Van der Werve, who is famous for the film where he walks daringly a few metres ahead of an icebreaker, has combined those skills to create epic performances that are recorded in painstakingly made films. This photo is a still from his film “Number Twelve”, in which you can see Van der Werve trekking through the devastated landscape of Washington’s volcanic Mount St. Helens. Van der Werve reaches the peak at dusk and as clouds pass by he sits down to count the stars. It’s a closing shot straight out of a Caspar David Friedrich painting. 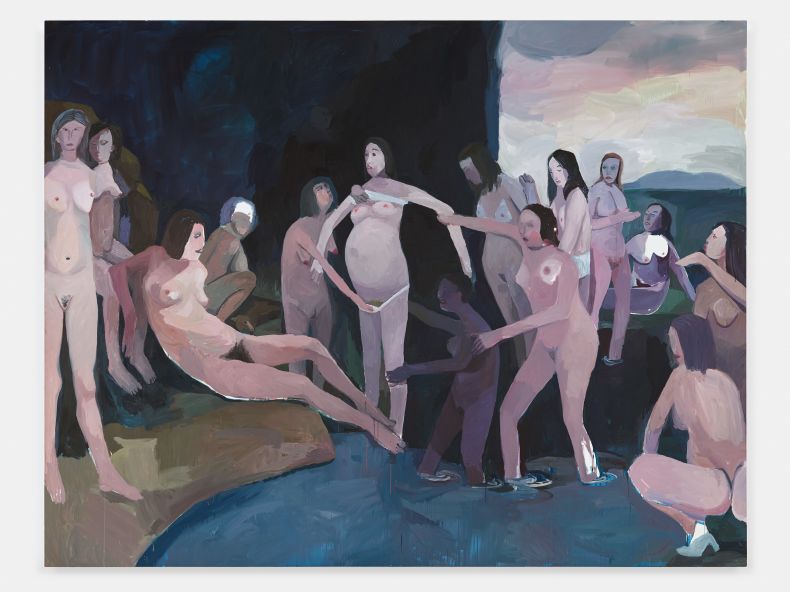 2 Éléments multimédias ᛫ 6 Oeuvres disponibles
2 Spectacles ᛫ 0 Points forts ᛫ 0 Recommandations
If you think about the natural world, you’ll often envisage tall trees and wide landscapes. You don’t immediately think of the human body, but I’d like to question that line of thinking, because what is more natural than growing another human in one’s body? Let me tell you the epic story behind this work. Here Helen Verhoeven depicts the story of pregnant Callisto. The painting shows Diana, the goddess of the hunt, who has just discovered that Callisto is pregnant. This is controversial because Diana's nymphs were to meant to stay celibate. Callisto, however, was raped by the supreme god Jupiter. Callisto is mercilessly sent away by Diana. Yet Callisto's misery did not end there. After Callisto gave birth to her son Arcas, Jupiter's wife Juno turned Callisto into a bear as revenge. Years later, when her now-grown son Arcas wanted to kill the bear, Jupiter took pity on Callisto, picked them both up, and she and Arcas were placed among the stars as the Great Bear and Little Bear. 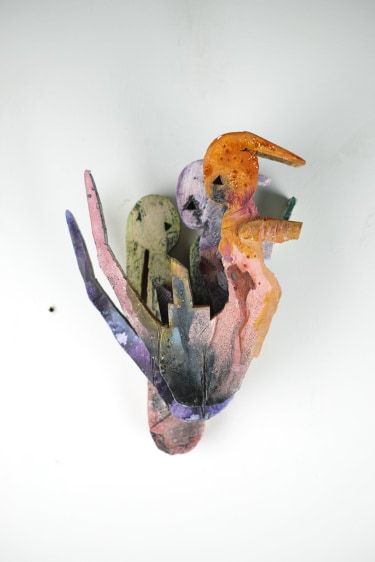 3 Éléments multimédias ᛫ 9 Oeuvres disponibles
4 Spectacles ᛫ 2 Points forts ᛫ 3 Recommandations
Roger Hiorns is a British artist known for transforming found objects by covering them with crystals and foam. For this wonderful wall sculpture, he used aluminium powder and plastic. Perhaps it’s my Dutch background and love for flowers, but the work reminds me of a bunch of flowers in the bud. The ideas of sex and sexuality are also strongly present. As Hiorns says: “The body, it sets new challenges of how it can be represented, a challenge that is moveable and porous. Within the progressive directions of sex, through a direct action of enacted upon sexuality, a new brand of idealism emerges, a movement forward towards the future.” 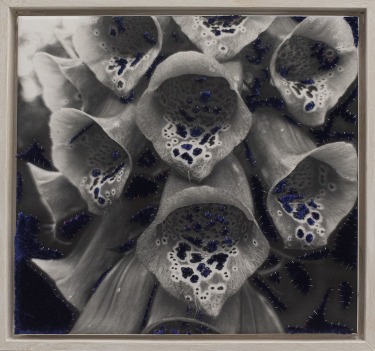 4 Éléments multimédias ᛫ 12 Oeuvres disponibles
4 Spectacles ᛫ 2 Points forts ᛫ 1 Recommandations
Berend Strik creates images with embroidery, or as he prefers to call it “deliberate stitching”, often using thick, rich materials like velvet. With this work, Strik is giving us a lesson in flower anatomy. Just like Roger Hiorns, Strik’s work is dripping in sexual connotations. Upon first glance, the photograph depicts a black and white orchid. If you look closely, you’ll spot the pollen or seeds that seep from the deep hidden part of the flower in a deep blue hue. To accentuate this sexuality, Strik used thread and needle to give the image a real extra dimension. 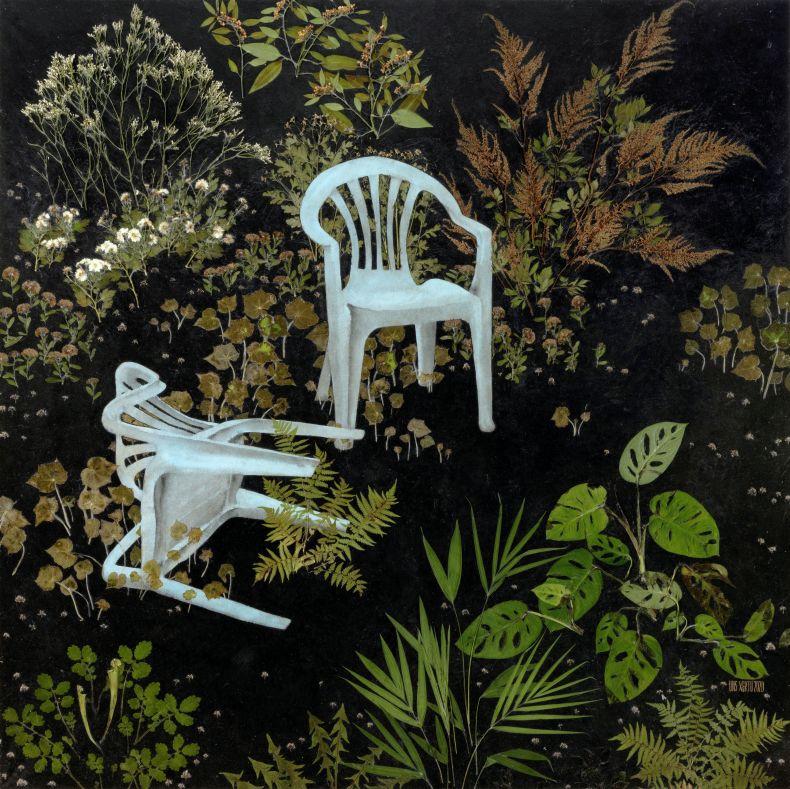 2 Éléments multimédias ᛫ 9 Oeuvres disponibles
2 Spectacles ᛫ 7 Points forts ᛫ 0 Recommandations
The Mexican artist Luis Xertu moved to the Netherlands in 2004. In his work, Xertu combines the analogue and the digital; photographing models, painting them, using Photoshop to decide the composition of the surrounding nature, and meticulously gluing plants directly onto the canvas to create large scale paintings with stark compositions. Drawing from mythological references, he explores themes of time and aging incorporating the decay of real plants as elements of transformation, which can take several years to happen. I love the contrasts in this work - between light and dark, between natural and artificial, and between foreground and background. 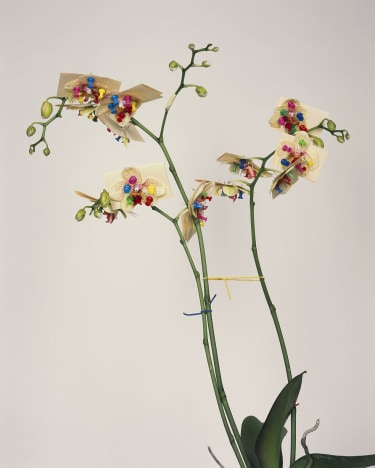 0 Éléments multimédias ᛫ 8 Oeuvres disponibles
2 Spectacles ᛫ 0 Points forts ᛫ 0 Recommandations
At first glance, this work by Bownik appears to show a beautiful, colorful orchid that reminds us of a botanical drawing or a classic still life. But the plant in this photo is actually disassembled and rebuilt with "unnatural" materials using plastic cords and push pins. It is a critique of our society’s artificial “beauty ideals”, the practice of stripping away our natural parts and replacing them with artificial elements, like fake flowers. In a sense, Bownik’s plant has had plastic surgery. Return to the natural please! 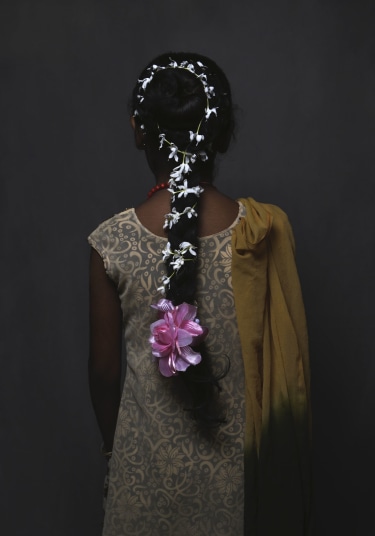 Sofie Knijff
0 Éléments multimédias ᛫ 12 Oeuvres disponibles
2 Spectacles ᛫ 0 Points forts ᛫ 0 Recommandations
The Dutch-Belgian artist Sofie Knijff created this work, Flower Girl, during her residency in Sri Lanka, where she was in close contact with local people and their way of life. Trained as an actress, she loved to delve into the fantasy world of children. She researched fairy tales in different cultures and asked the children in Sri Lanka to portray their dream characters. The decoration for the photoshoots (which the children took care of themselves) is often richly detailed. In this work, the girl’s beautiful dress is complimented with a natural fragrant flower garland in her hair. This stands in sharp contrast with the larger pink shiny artificial flower at the end, raising questions about where reality meets artificial, or dream-like, beauty. 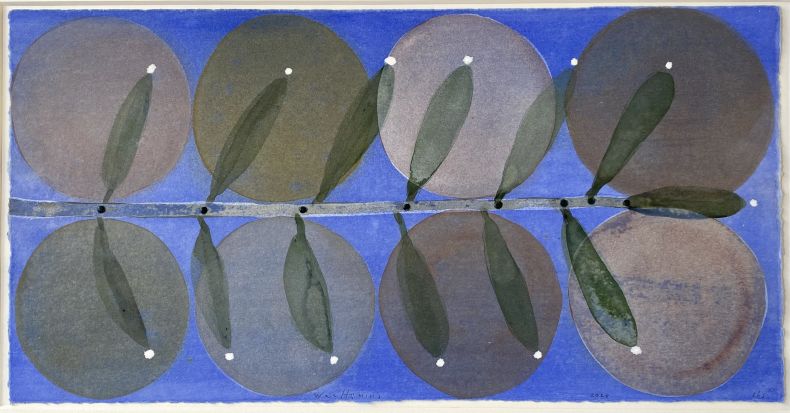 3 Éléments multimédias ᛫ 10 Oeuvres disponibles
4 Spectacles ᛫ 6 Points forts ᛫ 2 Recommandations
When you think of Warffemius, you think of his powerful and solid bronze trees. This delicate work, however, gives us an introduction to a different side of the artist. This is an example of a beautiful and pure work that is made on paper, and comes from the series “Sur le Sioule”. Here the artist plays with repetitions of forms, creating a simple yet effective effect on the paper. The beauty that reveals itself is best described as ‘shyly introverted and delicately layered’. 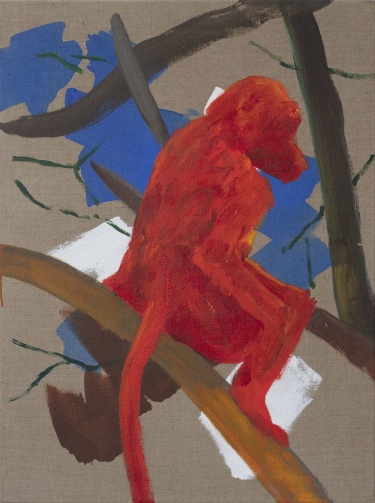 0 Éléments multimédias ᛫ 18 Oeuvres disponibles
2 Spectacles ᛫ 0 Points forts ᛫ 0 Recommandations
To brighten your day, I selected this little cheeky monkey by Jacco Oliver. Olivier is known for a large-scale series in which he depicts galaxies. To compliment this galactical set of works, he also created a series of monkeys. They are dialogue with the galactical paintings: while the former are large and attention-demanding, the latter are loose, spontaneous, and cheeky. In the words of the artist: “Maybe I also chose monkeys because the 2001 movie Space Odyssey starts with monkeys. And of course a monkey is also a kind of self-portrait.”