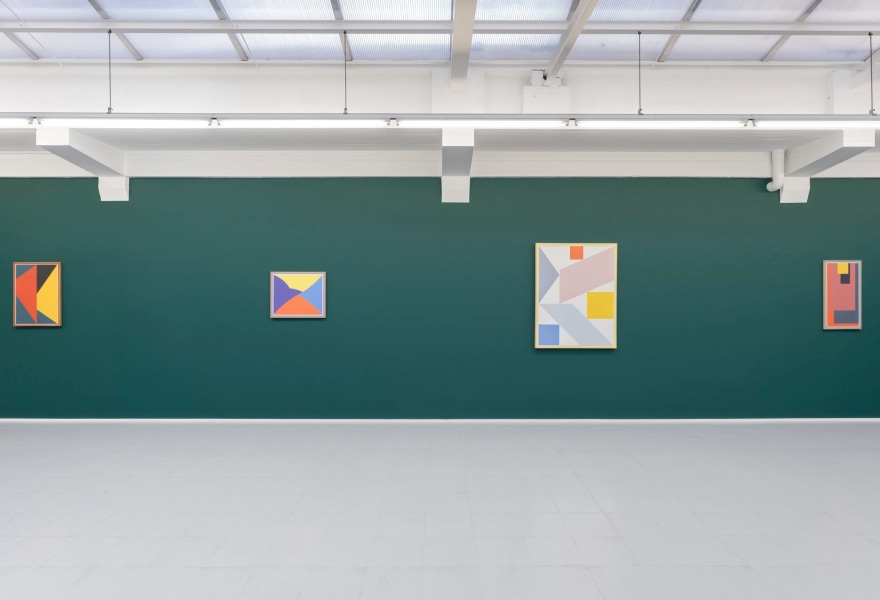 Until 18 December, rodolphe janssen in Brussels is presenting a solo exhibition by the Belgian artist Léon Wuidar. The exhibition 'La peinture au quotidien, 2001-2021' ('Daily Painting, 2001-2021') runs parallel to a retrospective at MACS, the Contemporary Arts Museum of Grand-Hornu, which is located in a historic industrial mining complex in the Belgian province of Hainaut.

Both exhibitions focus on his oeuvre of the past twenty years, because the painter from Liège did not fully devote himself to his second career until 1998, at the age of sixty, after having taught at the art academy for forty years. From that moment on, Wuidar dedicated all his time to his painting work. 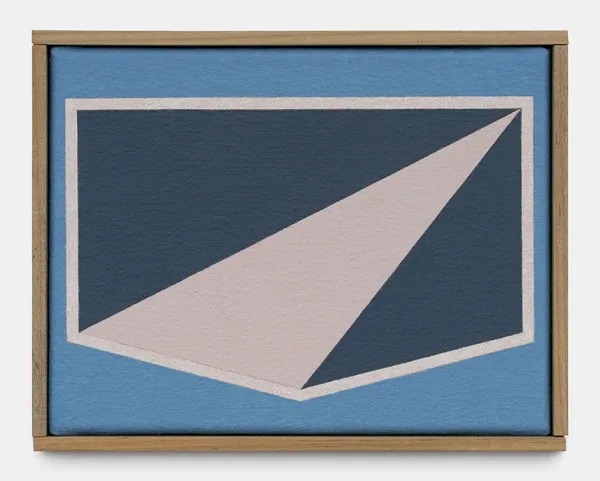 Precision, discipline and humour form the basis of the work of the Belgian artist. Shapes, lines and colours are brought together in a harmonious way. His geometric abstract forms are inspired by architecture, a discipline that also deals with defining elements such as light, space, volume and perspective. His friendship with architect Charles Vandenhove has been decisive for his work. They collaborated, among other things, in a project for the Sart Tilman Hospital, in which Daniel Buren, Niele Toroni and Sol LeWitt also participated. In addition, Wuidar produces his work in a house that was designed by Vandenhove in the 1970s: a brutalist and functionalist building that is surrounded by nature. His childhood in Liège, just before and after the war, was also an important source of inspiration for his work. 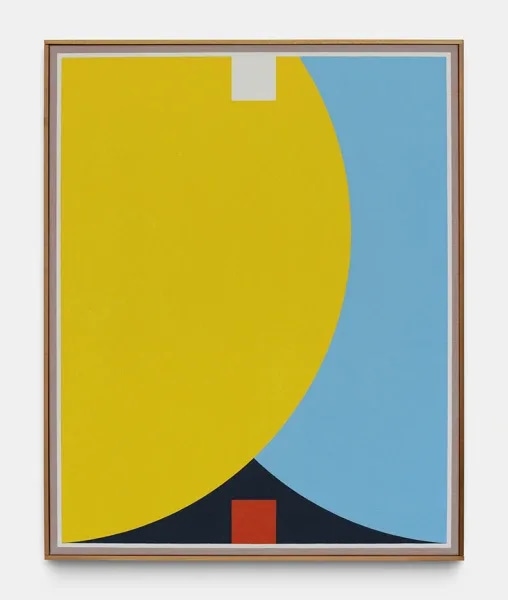 Wuidar, now 83, is currently experiencing a substantial reappraisal of his oeuvre. In 2020, his work was shown in a major retrospective at Museum Haus Konstruktiv in Zurich, which is now followed by his first major solo exhibition in a Belgian museum. His work has also been exhibited in the Vandenhove Center for Architecture and Art in Ghent, the White Cube in London and L'Espace du Dedans in Lille. On the occasion of this exhibition, rodolphe janssen and White Cube are publishing a new monograph on his work, with contributions from Denis Gielen (director of MACS) and none other than Hans Ulrich Obrist.

The exhibition 'La peinture au quotidien, 2001-2021' will be on show at rodolphe janssen in Brussels until 18 December.