Leyla Aydoslu: “I sculpt as a painter.” 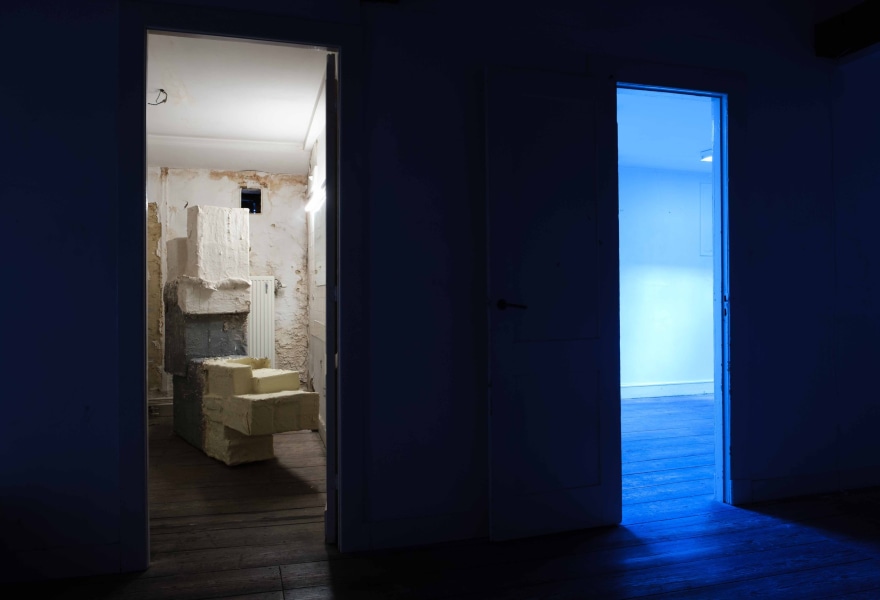 In FRED&FERRY in Antwerp, you can currently see a solo exhibition by the Belgian artist Leyla Aydoslu (until 19 June). Although she was initially trained as a painter, she soon found her calling in creating willful, assembled sculptures within an architectural context. 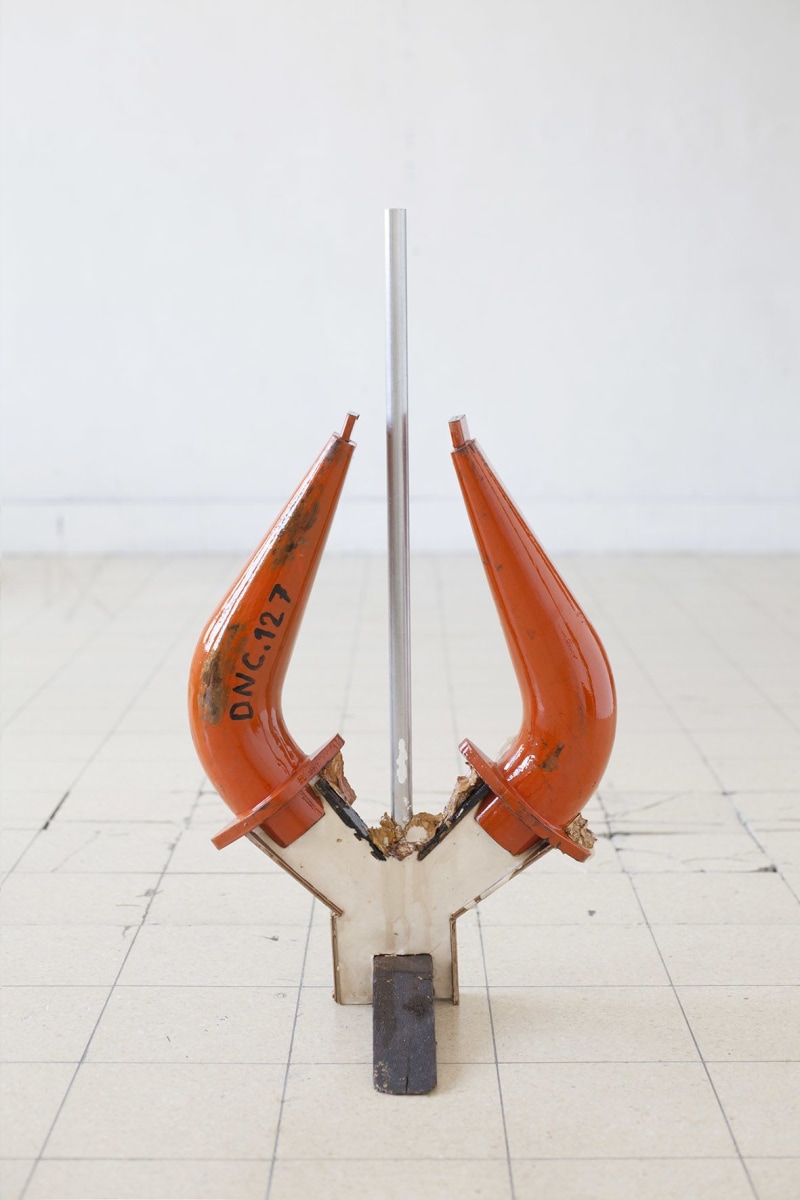 Aydoslu: “I sculpt as a painter, I would say. I studied painting, but very soon I felt more interested in the material than in the image. I started to use other materials than just paint and gradually my work became 3d. Sculpting has to do with exploring boundaries. If I did not allow myself to be bounded by the borders of the painting, where would I set the boundary? I always start with a plan but in the process, many things can happen, so I never know what the outcome will be.”

Aydoslu's robust, yet elegant sculptures always relate to the scale of the human body and to the space in which her works are displayed. She calls these sculptures 'constructions'. Aydoslu regularly uses waste and discarded (building) materials, which she then processes in an experimental way: in part deliberate, in part without premeditation. The artist rarely makes preliminary studies, sketches or miniatures. Aydoslu connects the different elements in such a way that a certain tension arises. That is often a game between negative and positive space. That starts with the mold and the casting, but in her new work the so-called ‘interspace’ takes center stage. When she places two equal shapes at a certain distance from each other, a certain charge is created in the resulting space between the objects. 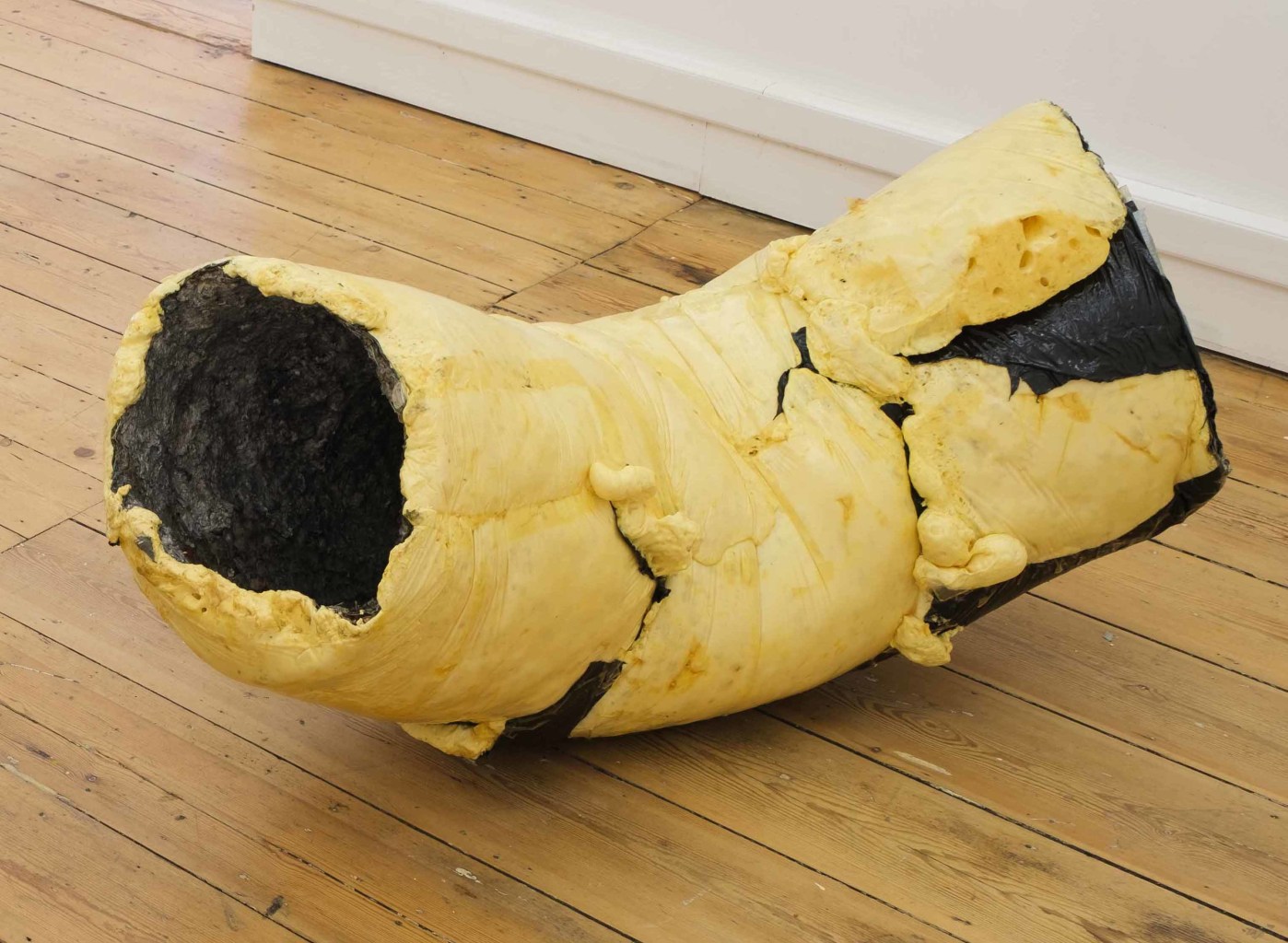 Aydoslu: “Gradually, I became aware of the environment, which is when I also started to discover the boundaries of the sculpture: floors, walls and ceilings. That's how my work became more architectural. At the same time, I started working more and more with construction waste that I found in containers, making my sculptures larger in scale, turning them in a kind of construction themselves. Nowadays, I am mainly concerned with in-between spaces. For example, by placing two equal shapes in space at a certain distance from each other, so that a new space is created, a kind of cell. The relationship to the body is important here.”

Aydoslu tries to release her works of any form of interpretation, they do not refer to elements in real life and are not based on certain theoretical or conceptual framework. Nevertheless, the viewer will undoubtedly search for recognisable elements in them, on an unconscious level.