This is not an art fair 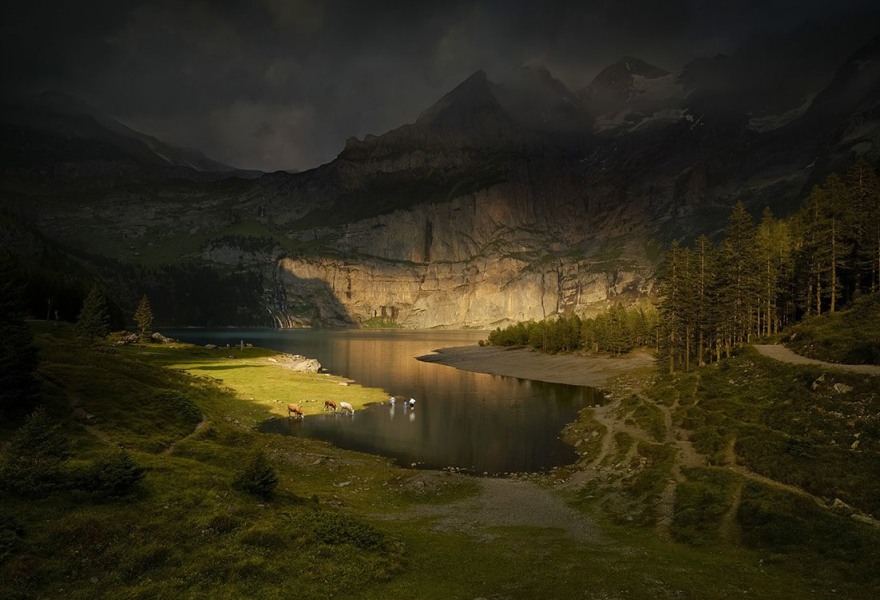 Like many of us, Contour Gallery feels the absence of art fairs and recently programmed the gallery's very first group show. Until April 17, the gallery in Rotterdam will show work by Maxime Ansiau, Lars van den Brink, Erik Hijweege, Petra Laaper, Marie Pop and Lenghi Teng.

Lars van den Brink
When you enter the gallery, the works of Lars van den Brink immediately catch the eye. Sublime landscapes that almost seem picturesque, as if you were looking, through your eyelashes, at a work by Caspar David Friedrich. Yet something is not right. In an interview in the Trouw newspaper, Van den Brink described the Swiss Alps as comforting and overwhelming. “I find comfort in the fact that I am null and void. My wife did not share that euphoria. She experiences the mountains as oppressive, because you are so enclosed there. I had never thought about that. The rock-hard beauty against the closed-in aspect, the duality of the Alps began to fascinate me.” Van den Brink describes his practice as "painting with time". He chooses a specific angle in the landscape and then takes 12 or 24 hours worth of photos. Not necessarily at set times, but rather when something interesting happens. When the sun hits a specific mountain top or when an Orthodox Jewish man suddenly appears with two children. At home, Van den Brink analyses the resulting images, sometimes as many as 800 to 1200, for days on end, and then seamlessly merges them together with an image editor, so that the resulting images show both night and day in one photo. In this composite of reality/time, Van den Brink manages to capture that complicated duality of the landscape, the beautiful and overwhelming nature that makes us feel so small and insignificant and at the same time, fearful. As a result, his images surpass mere registration. Marie Pop
This artist duo consists of two artists from Rotterdam: Anique Weve & Inge Aanstoot. They got to know each other better when they both rented a studio at the artists' initiative Stichting B.a.d in Rotterdam. They shared a fascination for each other's work, despite the fact that they worked in two different media: Weve mainly focused on photography, while Aanstoot was mainly active as a painter. In this collaboration, they bring these professional practices together in mixed media artworks in which photos are provided with a layer of acrylic paint. Weve and Aanstoot are both fascinated by defining elements in our history and society, including religion - and substitute systems for religion -, rituals, populism and, at the moment, the pandemic. For example, how does that affect the ways we love, say hello, and celebrate? The works are often poetic and loaded with symbolism, with a humorous and surrealistic edge.

Petra Laaper
Petra Laaper makes sculptures in textile, often with other hidden materials inside. Despite a high degree of abstraction and simplicity, there is a lot of life in her objects, which appear organic and always seem to be in motion. The objects seem to be independent of the reality in which they are located and at the same time, invite touch and a multitude of interpretations. Laaper studied Sculpture/Monumental at the WDKA in Rotterdam and interior architecture at the HKU in Utrecht, before gaining practical experience in ceramics at the European Ceramic Work Center in Den Bosch. This multitude of inspirations is readable in her work. 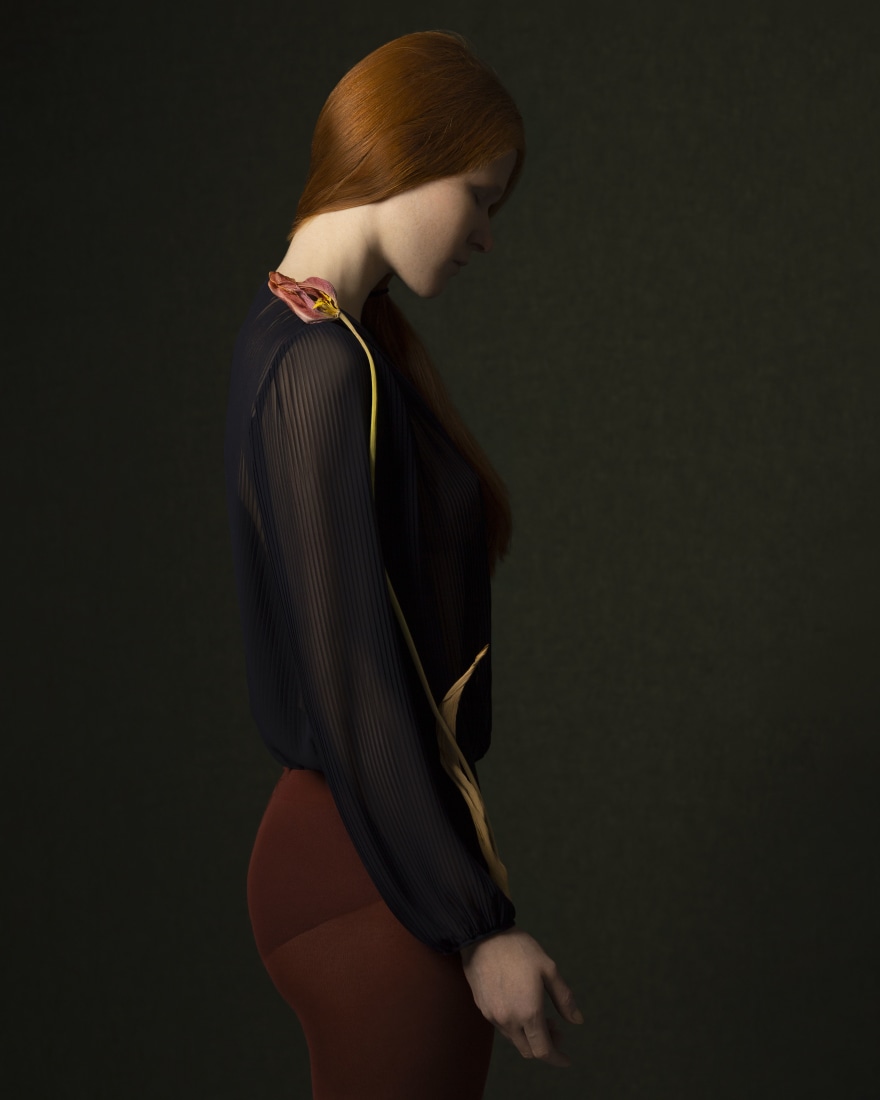 Lenghi Teng
Lenghi Teng worked in the financial world for years before she dared to surrender to her passion for photography, after a specialisation in Rotterdam. She was born in Vietnam, has Chinese parents and moved to the Netherlands at the age of three. She feels deeply connected to the Japanese philosophical concept of Wabi Sabi, a world view in which transience and imperfection are not feared, but glorified. The ultimate beauty is imperfect, simple, transient, complex and incomplete. This produces aestheticised, serene and melancholic images in which time seems to stand still for a moment. As a result, the characters become fragile and approachable, but at the same time also closed off and inaccessible.

Erik Hijweege
The images of photographer Erik Hijweege were taken using the slow and wet collodion process. In this nineteenth-century photo technique, black aluminum is made light-sensitive with the help of silver nitrate. The analog image is then etched on steel plates and printed as a photo engraving. The resulting image is characterised by a remarkable aesthetic. In terms of content, Hijweege is inspired by the overwhelming, irrepressible and sublime power of nature. For instance, for this series he records a series of waterfalls, which he names after the Japanese legend of ryumon-no-take, the 'dragon gate waterfall’ — in which koi fish swimming against the current grow stronger and, if they manage to defy the waterfall, turn into heavenly dragons.

Maxime Ansiau
The French artist Maxime Ansiau creates visual illusions through collages. His flower still lifes have their origins in the Ikebana, the Japanese art of flower arrangement in which the composition takes centre stages, rather than the flowers themselves. The flat cutouts, presented in clear acrylic moldings, create the illusion of depth and are described by Ansiau as a "visual uppercut". He uses a multitude of materials for his still lifes, including wood and paper, as well as synthetic materials. Paris-born Ansiau studied Art and Design at the University of Brighton, followed by a master's degree at the Sandberg Institute in Amsterdam. He then settled in Rotterdam and has been living in the Netherlands for over twenty years now.

The exhibition "This is not an art fair" can be seen in Contour Gallery in Rotterdam until April 17.
Dans cet article