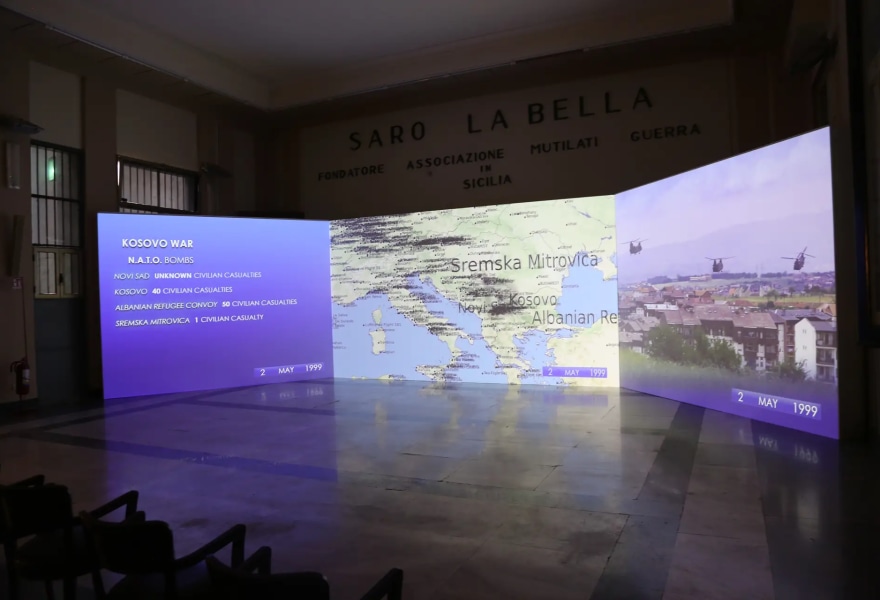 In the build-up to Art Rotterdam 2019 we will pay attention to the work of artists who are shown at the fair. This time to Unending Lightning by the Spanish artist Cristina Lucas.

Cristina Lucas (Jaén, 1973) studied at the art academy of Madrid and the Rijksacademie and works in numerous media, from video to performance art and from sculptures to photography. Perhaps this is why the common thread in her oeuvre is not immediately clear to everyone. You could say that Lucas is critical of Western capitalist society and with regard to the canonized art history and historiography in which power relations are ratified once again.

Lucas shows the viewer the other side of that story by showing highlights from science and art history. She had her models undressed in various large European museums in halls with nudes on canvas. The audience reacted shocked; but why? Why is naked on canvas accepted in a museum while living naked isn't? And why is it mainly female nude? Ultimately, questions are about power relations and conventions that no one questions in everyday life.

Her economic research focused on the monetary value of the manuscripts of Karl Marx's Das Kapital (Surplus Value, 2014-2016). What Marx originally intended as system criticism, is now a unique museum piece with a corresponding price tag. For the project Philosophical Capitalism (2014-2016) she interviewed a plastic surgeon about what beauty means to him and a criminal lawyer about the question of what justice is. In every interview she discusses a philosophical concept and she interrogates her interlocutor how this relates to their daily practice and economic reality.

Unending Lightning
With the scientific discovery of the lift coefficient it had become a matter of time before man could fly and in 1903 the Wright brothers succeeded in allowing their aircraft to take off and touch down. Only eight years later the aircraft was used for a bombing for the first time. Since then, bombing has been carried out with aircraft all over the world. The work Unending Lightning (2015-present) consists of three room-filling screens on which all bombings have been presented chronologically since 1911. This is accompanied by the naïve hum of a single-engine airplane that pulls the formula of the lift coefficient as a banner behind it on a fourth screen. As if man, like Prometheus, is being punished for finding this formula.

Unending Lightning is not only impressive in terms of size and completeness, but also in the human aspiration for (technical) progress and domination by destroying the other. There is also a lot involved in terms of production. The project offered work to three men; a programmer and two men from the University of Madrid who provide the data and provide updates.

At Art Rotterdam, tegenboschvanvreden will show another part of Unending Lightning. Lucas added an extra charge by embroidering the name of the bombed city on each of the maps of paper-thin silk. The beauty of the elegant silk is nullified by embroidering the place names, such as a skin mutilated by scars. Because many places were bombed several times, the map slowly got relief and there was a kind of landscape of lost beauty. A landscape in which Lucebert's words resound: 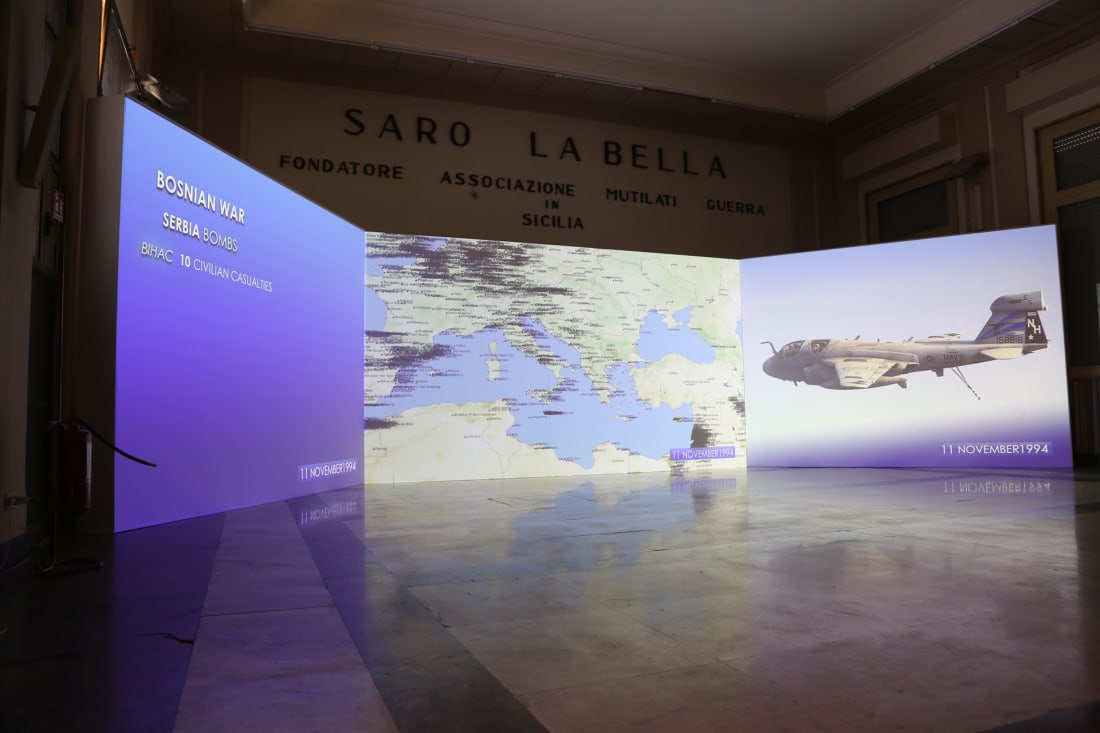