“I am a kind of painter, although I consider myself more of an inventor.” 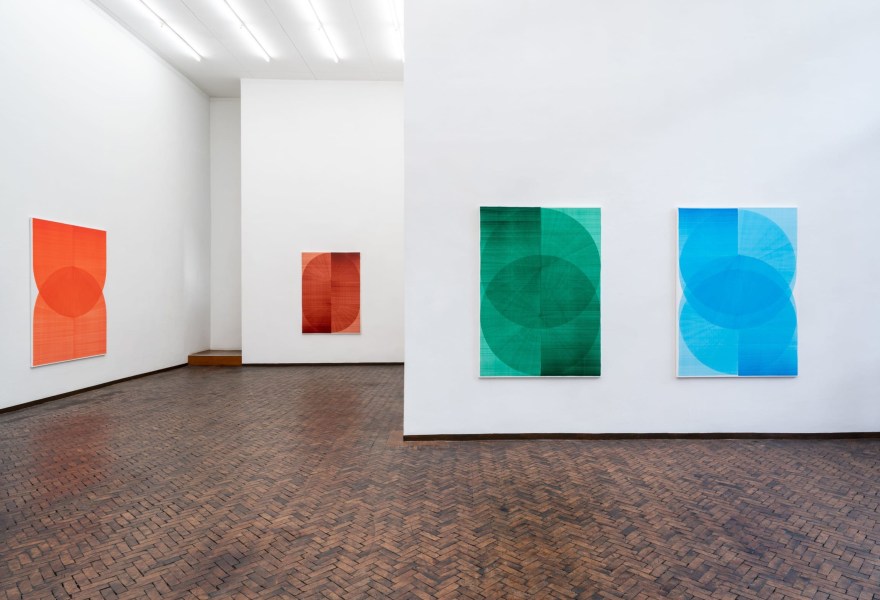 Thomas Trum's solo exhibition at Gallery Gerhard Hofland will be extended for a week, until March 6, 2021. Trum believes that we as a society should be involved in colour in a much more adventurous way. When he was younger, he worked as a house painter for a while. He was amazed at the monotony of Dutch households - in a hundred shades of white.

Trum: “My house is the only coloured house in the street, the rest is gray or made of wood. I was recently in Mexico and passed a law firm that was painted bright pink with light blue frames. It’s a completely different colour culture in which colour is a more intrinsic part of everyday life.”

Trum’s monochrome works come about in a very technical and experimental way. He makes use of unconventional materials, including drills and personalised paint sprayers. He tends to take different techniques as a starting point and always examines the effect that the work has on the space that it’s in. He plays with various levels of saturation and transparency. In short: his studio functions as laboratory of sorts. Trum: “I am a kind of painter, although I consider myself more of an inventor. My work is quite abstract and analytical and I’m always looking for different painting techniques. For example, I’m currently using a paint sprayer that can spray up to six liters of paint per minute. This technique is state-of-the-art and was developed for practical purposes, like spraying paint on a road. On the other hand, I also use enlarged felt-tip pens, a much older technique.” It’s all part of a deeply thought out process, but at the same time, Trum also leaves room for surprises and accidents.

As a child, Trum was already working with graffiti and after finishing high school, it was mainly the arts and crafts lessons that stayed with him. After that, he graduated from the Sint Lucas College and the Design Academy Eindhoven. When his sister brought the artist Koen Taselaar home as her new boyfriend, Trum soon regarded him as a mentor, who took him by the hand in his quest for abstraction. At the invitation of Taselaar, Trum took part in a residency program at the Calcutta Art Research Foundation in India in 2016, where he also visited several paint manufacturers.

Thomas Trum's works were recently exhibited at The Hole, a gallery on the lower east side in New York. His work could also be seen closer to home, in the Kunsthal in Rotterdam in January. He made the 20-meter site-specific work especially for the sloping corridor, which was also accessible to the public during the lockdown. On September 7, people could see him at work and on January 11, the painting was - ironically - covered with a coat of white paint, to make room for a new presentation. Fortunately, his 15-meter-long work “Two Orange Lines” can still be viewed in the Noordbrabants Museum. Trum's work has been included in the collections of Akzo Nobel, the Royal Collection, NN Group and the Ministry of Education, Culture and Science (OCW). 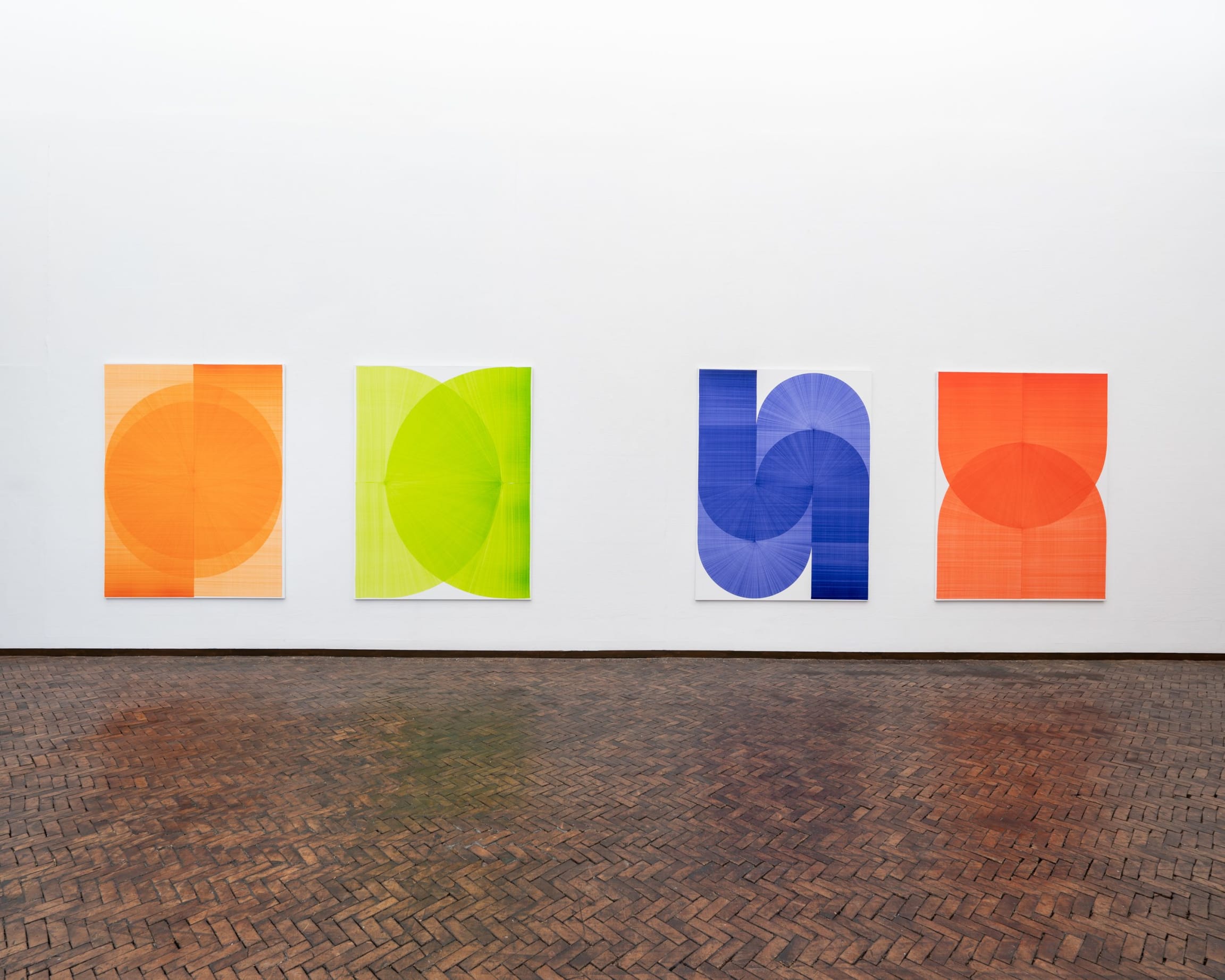