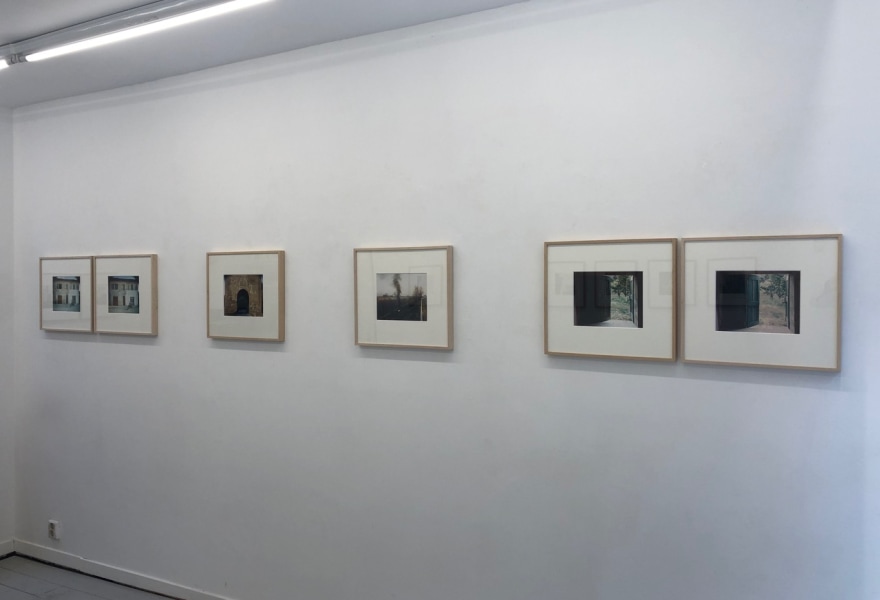 The duo exhibition 'Guido Guidi & Gerry Johansson: Diachrony' is currently on show in Galerie Wouter van Leeuwen (until 29 August). The power that many artists have is that they can make you look more intently at the (beauty of the) objects that surround you. In the case of these two photographers, they want to guide your gaze to places and objects that have been created or touched by human hands, but in these photos they are characterised by an absence of human beings: for example in the form of a tied vine or a weathered building or sculpture. These photographers tell a story without people, words or context. After all, photography literally means "writing using light”.

The Italian and Swedish photographer are both in their seventies now and have had an impressive career that we can look back on: diachronal, through time. At the same time, time, but also a certain timelessness, has always been a determining factor in their work and subjects. Stylistically, the American landscape photography of the 1960s and 1970s had a decisive influence on both photographers, in particular the work of Walker Evans. In this exhibition, the photographers take us through the deserted Italian landscape. No picturesque Italian views, but rather common ones, captured through an often subconscious action.

“Many times I'm not looking when I press the shutter. Chance is very important.” Guido Guidi was born in a flat northern Italian village, situated between Rimini and Bologna. It is a place where he still lives, capturing the horizontal lines and an old Roman road that he regularly passes. Guidi was trained as an architect, painter and technical draftsman in Venice in the 1950s, but in the 1960s he discovered photography. The landscapes he photographs are generally unremarkable and ordinary. Despite his personal relationship with the landscape, he regularly refers to his locations as ugly and unloved, characterized by rusty silos, construction sites, ruins and debris. Objects that time equally does and doesn’t seem to have a grip on. Yet his photographs often invoke something monumental. Guidi directs our gaze to the things we think we don't want to see, to the things we don’t deem special. When Guidi travels to other places, he tries to find similarities and kinship between the new place and his familiar landscape at home. His work is a visual archive of the urbanisation and industrialisation of the changing and transient artificial landscapes over time. Since the eighties, Guidi prefers to work with a large format 25 x 20cm camera: the largest camera that he can carry by himself. The large negatives are the same size as the resulting prints, allowing for a lot of detail and an image that is never grainy. Guidi never crops his images. 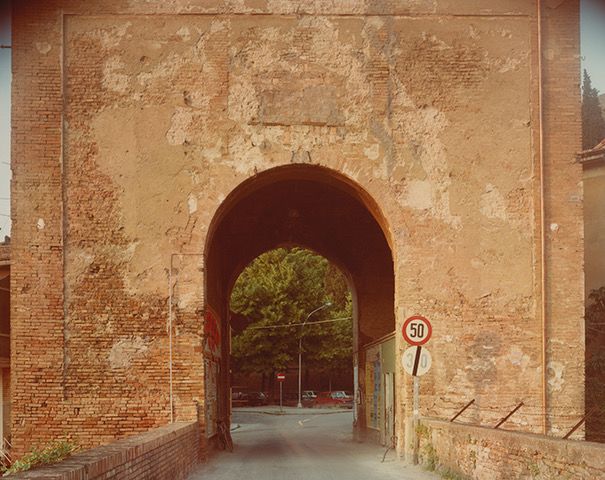 Guidi's inspirations are photographers such as Jasper Johns, Lee Friedlander and Stephen Shore, as well as 15th-century Italian artists like the architect and sculptor Brunelleschi (of the famous Florence dome), friar-painter Fra Angelico and painter Uccello, who wasn’t not only a painter but also a mathematician. His work was groundbreaking because of the added perspective. Guidi's work also had a lot of influence on his own contemporaries. He is fascinated by the role of photography as a record of important historical events, or “decisive moments”, as the famous photographer Henri Cartier-Bresson called these opportunities. At the same time, Guidi captures the transcending qualities of the inconspicuous, effectively showing that all (and therefore no) moments are decisive. Guidi: “I’m interested in what’s happening at the margins of photography itself. As the poet and essayist Joseph Brodsky once said in an interview, ‘The periphery is the place where the world spills over.’ " Guidi photographs in sequences, leaving the heavy camera for a longer period of time, capturing the changing light and shadows - and thus the passage of time. It results in similar shots, taken from a slightly different angle, in a different light. The photographer’s own shadow is often visible in the photo, making him part of the image. 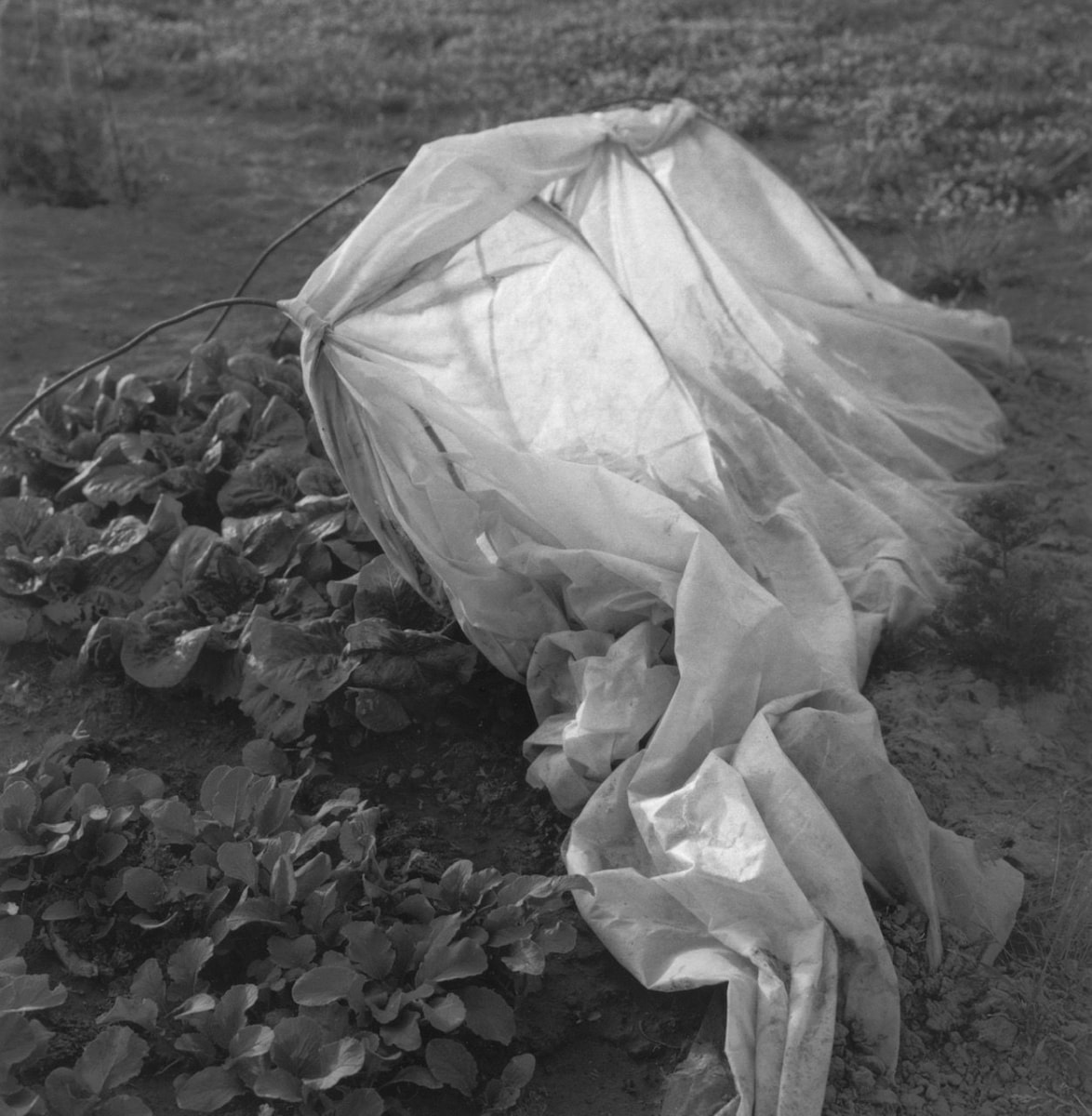 The Swedish photographer Gerry Johansson also captures silent landscapes of this kind, equally marked and unmarked by the passage of time. “I don't have people in my pictures because I want to highlight the place I'm capturing. The more people look at them, the more they understand that they are fun, in a way. And then they realize that it's also sort of a cultural comment.” Johansson moved to New York in the early 1960s, in his late teens. The American landscape is an important source of inspiration for him. In the past, he sought out semi-deserted villages in Nebraska, Kansas, Montana, North and South Dakota, Colorado and Wyoming. He captured highways that seemed to lead nowhere, neglected local architecture and isolated places where time seems to have stood still. Quiet pictures of quiet places: of past glory, abandoned school buildings and cars that seem to have been parked decades ago. Johansson: "It's very fascinating to be at a place that looks exactly the same as it did maybe 80 years ago.”

Johansson was already involved in photography when he was a kid, but he initially worked as a graphic designer for 15 years: a job he was trained for in Sweden. He initially thought it would be difficult to make a living as a photographer. “Most of the work back then was relating to history or social issues.” But when he read the book 'Beauty in Photography: Essays in Defense of Traditional Values’ by photographer Robert Adams in 1981, he changed careers. His fondness for the photographic medium is perhaps exemplified by the fact that he still prints all of his photos himself in his darkroom. In the series that is exhibited in Galerie Wouter van Leeuwen, we see how Johansson records a typical Italian road that is located on the border between the suburbs and the countryside. “My exhibitions are more like the viewer's own little walk around.” But Johansson guides our walk and gaze, past details that we might have overlooked ourselves. He photographs his objects from various angles, literally changing perspective. He came back to this place regularly over the years. His eye for detail and the meticulous way in which he recorded his walk make sure that you almost feel that you’ve been there yourself. Johansson effectively shares the feeling that he had when he recorded the cheerful text 'Melono Meloni’.

The endless patience, the way of looking and the eye for detail that these photographers offer is remarkable.

The exhibition 'Guido Guidi & Gerry Johansson: Diachrony' will be on show in Galerie Wouter van Leeuwen until August 29.
Please note: on August 7 and 8 the gallery will only be open by appointment.