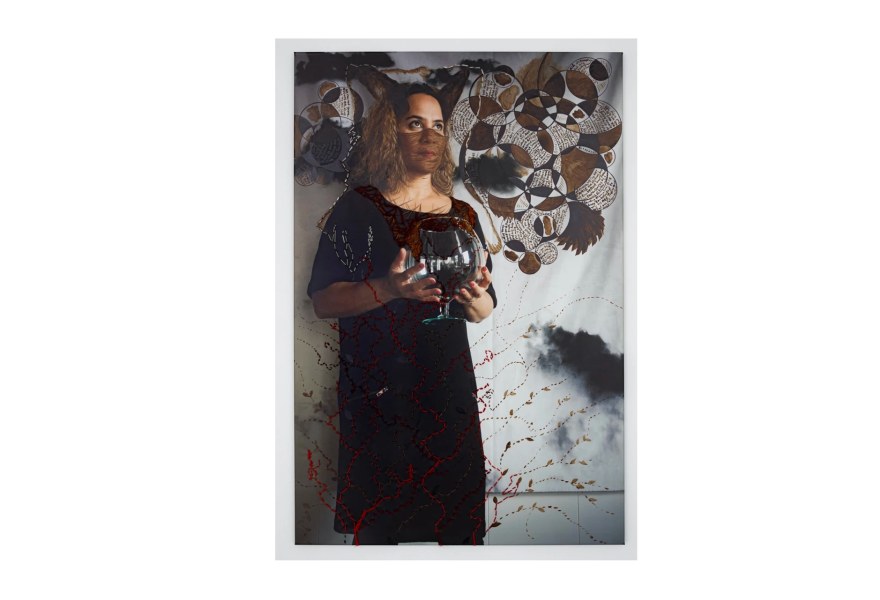 During Art Rotterdam, you will see the work of hundreds of artists from all over the world. In this series, we highlight a number of artists who will show remarkable work during the fair.

Monali Meher works in a multitude of disciplines: from video, installation and performance to photography and textiles. But it is performance art that occupies the most prominent place in her practice. The body plays a central role in this, alongside recurring themes such as time, a sense of belonging, migration, cultural cross-pollination, a hybrid and diaspora identity, gender, intimacy, decay, the climate, transformation and the reshaping of objects and memories — often in a social or political context. In fact, time, and the physical and spatial dimension of time, is such an essential part of her practice that it almost counts as a medium in itself. She compresses or stretches the concept of time. The artist is also interested in oppositions such as sadness and happiness, continuity and transience, birth and death. 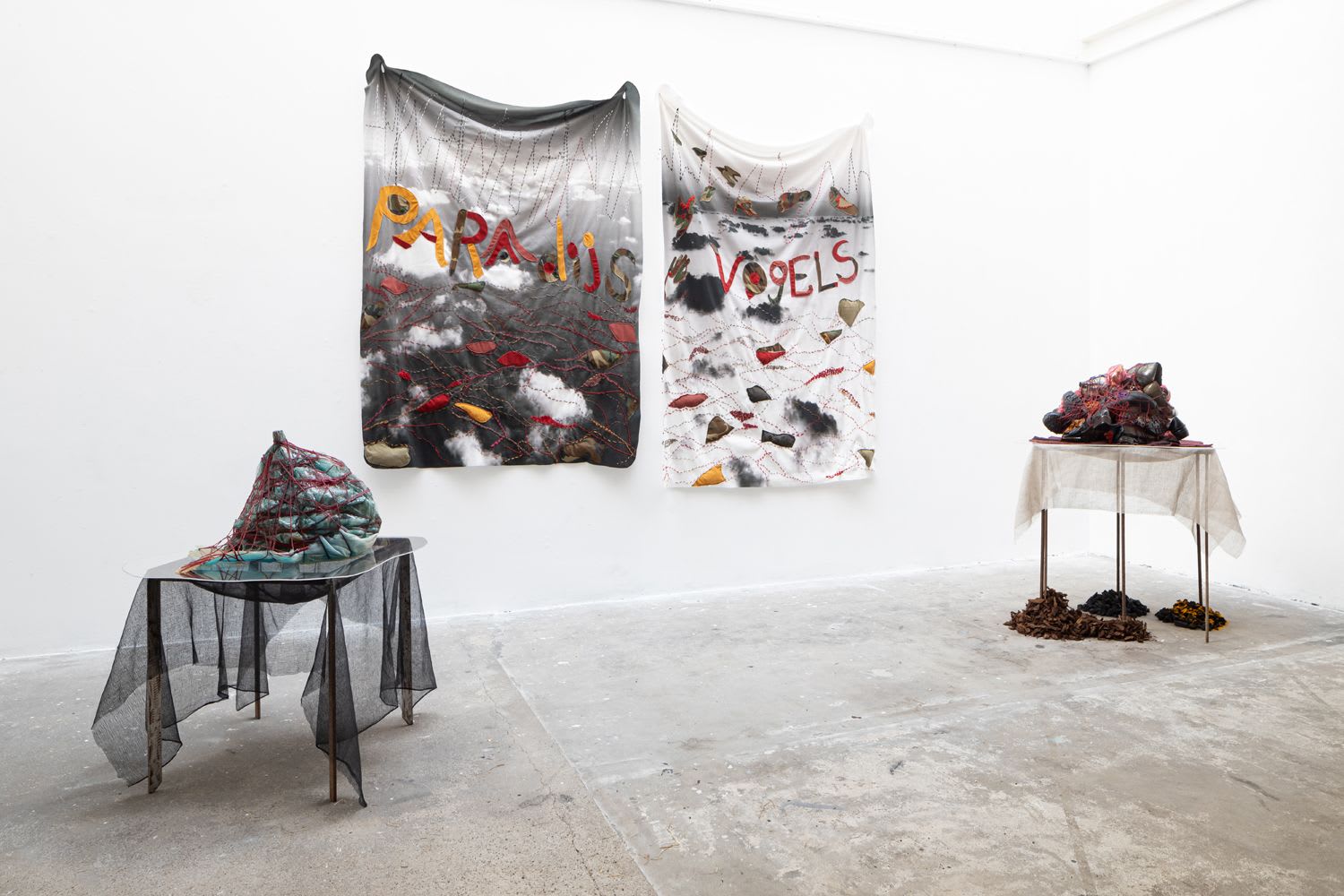 Monali Meher, 'The Beginning of A New Beginning’ (2021) in Lumen Travo Galerie

Meher's practice is a continuous quest in which she mirrors her own experiences through the media she chooses. Sometimes certain objects play a role in this, often transitory or natural in nature. When the online platform ITSLIQUID asked her about her personal interpretation of art in 2014, Meher stated: “Art is the language, the body, an expression, emotion, sound, pain, struggle, growth, change, statement, something which stays with you in your memory and/or changes it’s form over a period of time.”

In recent years, Meher has performed a number of compelling performances. She used her body to simulate the almost imperceptibly slow change of nature in the performance “Gilded” (2022), amidst a staged natural landscape. She made stone soup in Kunsthal Gent and in 2011 she organised a 'Silent Walk' on the Museumplein in Amsterdam as part of International Migrants Day, specifically in the context of the worldwide art campaigns of Tania Bruguera. In 2021, she presented a performance in De Kerk in Arnhem. For this she painted 700 kilos of potatoes in black paint with words with a negative connotation. In different languages you could read words like “anger”, “violence”, “hass” (hate), “guerre” (war) and more. Visitors were invited to peel the potatoes to remove their (emotionally) toxic skin. The potatoes were then donated to various homeless institutions and the sustainable local restaurant De Stadskeuken. When the performance ended early due to a lockdown, Meher continued the project on her own. Later in 2021, Meher presented a performance in a snowy valley in Norway. In “Arctic Action VI” she wrapped yellow, green and blue transparent fabric over an old rusty oven, which had previously been used for burning garbage. Meher: “I started wrapping objects in 2005, transforming, giving them new skin with the aim to make emotions emerge from them.” The Arctic Action project, that the performance was a part of, draws attention to the fragility of the planet and the relationship between human beings and nature.

Meher graduated from the Sir J. J. School of Arts in Mumbai in 1998. In the same year, she travels to Vienna, where she is invited for a UNESCO-Aschberg residency. In 2000 she started a residency program at the Rijksakademie van Beeldende Kunsten in Amsterdam and remained in the Netherlands after that. In 2004 she briefly traveled back to India, where she participated in the Khoj residency project in New Delhi for two months. She currently lives and works in Ghent. 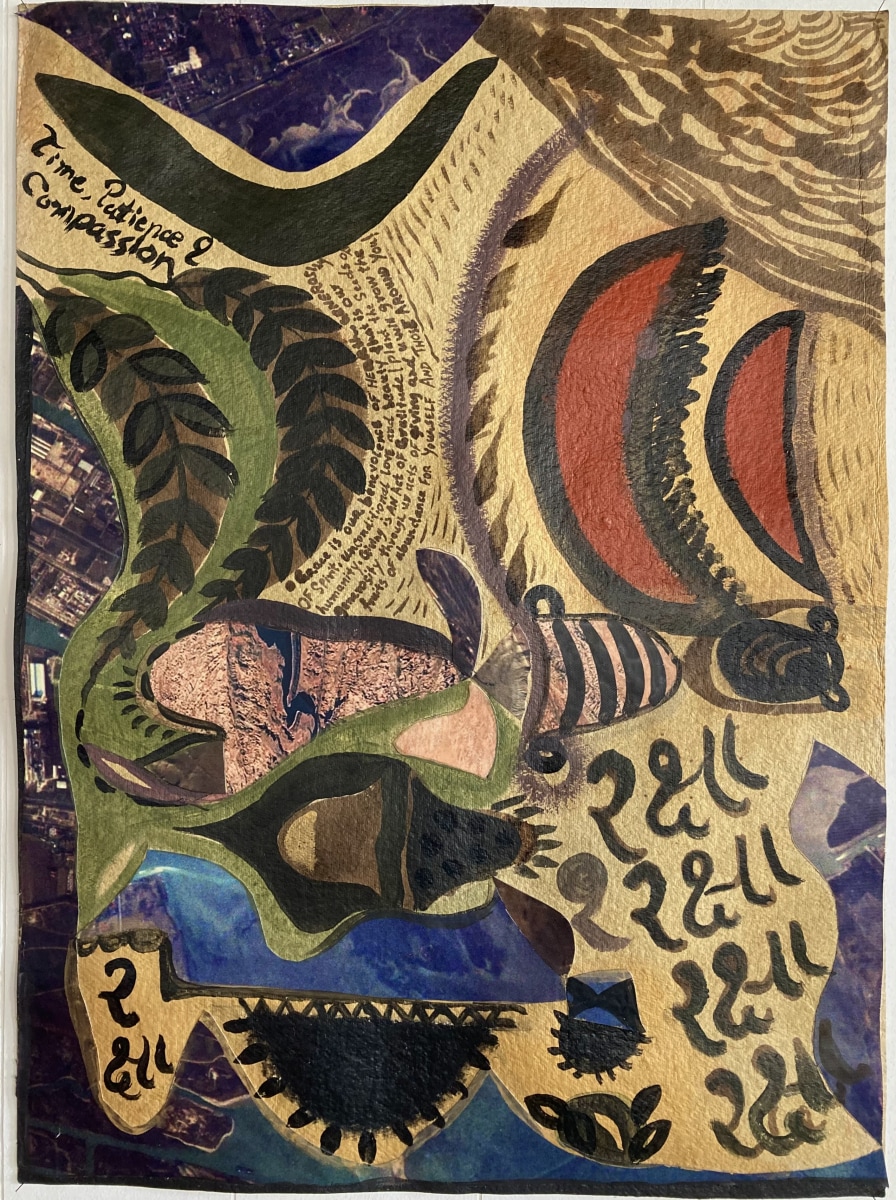 In the Belgian magazine rekto:verso, Meher wrote that it can frustrate her when people always center her Indian background, even in the interpretation of her work — and with that her "otherness", an expression of "othering" in the terminology of Edward Said. Meher mentioned that she initially adapted to the Netherlands by applying a neutral palette, but that none other than Marina Abramović advised her to embrace her background in her artistic practice.

In addition to performances, Meher also creates work on paper. Meher: “Drawings for me are like autobiographical diagrams. My use of natural and ephemeral ingredients results in a process of perishing and transitory moment of the time. I transform the nature of manner in which materials react, what shape or smell they produce, what impact they make on my viewers and how the space around my art and audience gets transformed.” Meher enriches these works with food colouring, inks, pigments, face paint and sandalwood oil, which are then used as a means to soothe physical and mental pain. In combination with the images, this creates a number of almost ritual acts.

Meher has shown her work at Tate Modern, the National Gallery of Modern Art in India, the Van Gogh Museum, the MAXXI museum in Rome, the Sinop Biennale Turkey, DaDao Beijing, the Venice Experimental Cinema and Performance Art Festival and the Arezzo Biennale, where she won the Golden Chimera Award for innovation and originality. In the Netherlands, her work is included in the collections of the Centraal Museum and the AkzoNobel Art Foundation, among others.

During Art Rotterdam, Monali Meher will present her work in the booth of Lumen Travo Gallery in the main section.