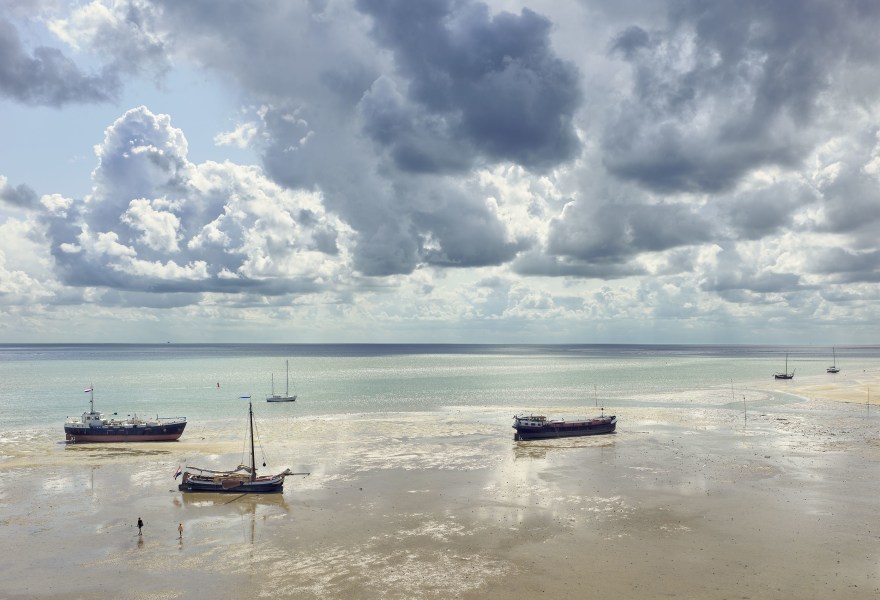 Until 8 October, an exhibition by Jeroen Hofman is being presented in Galerie Wouter van Leeuwen. This Dutch photographer generally shoots his images from a crane or aerial platform, an average of 20 meters from the ground. Hofman conducts extensive research beforehand using maps and Google Earth, always taking the weather and light conditions into account. The process requires a lot of patience as he often spends hours in the air. Through this bird's-eye view, Hofman transcends the view of the human eye and manages to offer us more information and context than we could have observed with our own eyes.

Hofman: “There is a specific height above the ground where you are no longer able to hear the people below you, where you feel like your might nearly be able to grab the birds above you. This complete isolation sharpens my senses.” 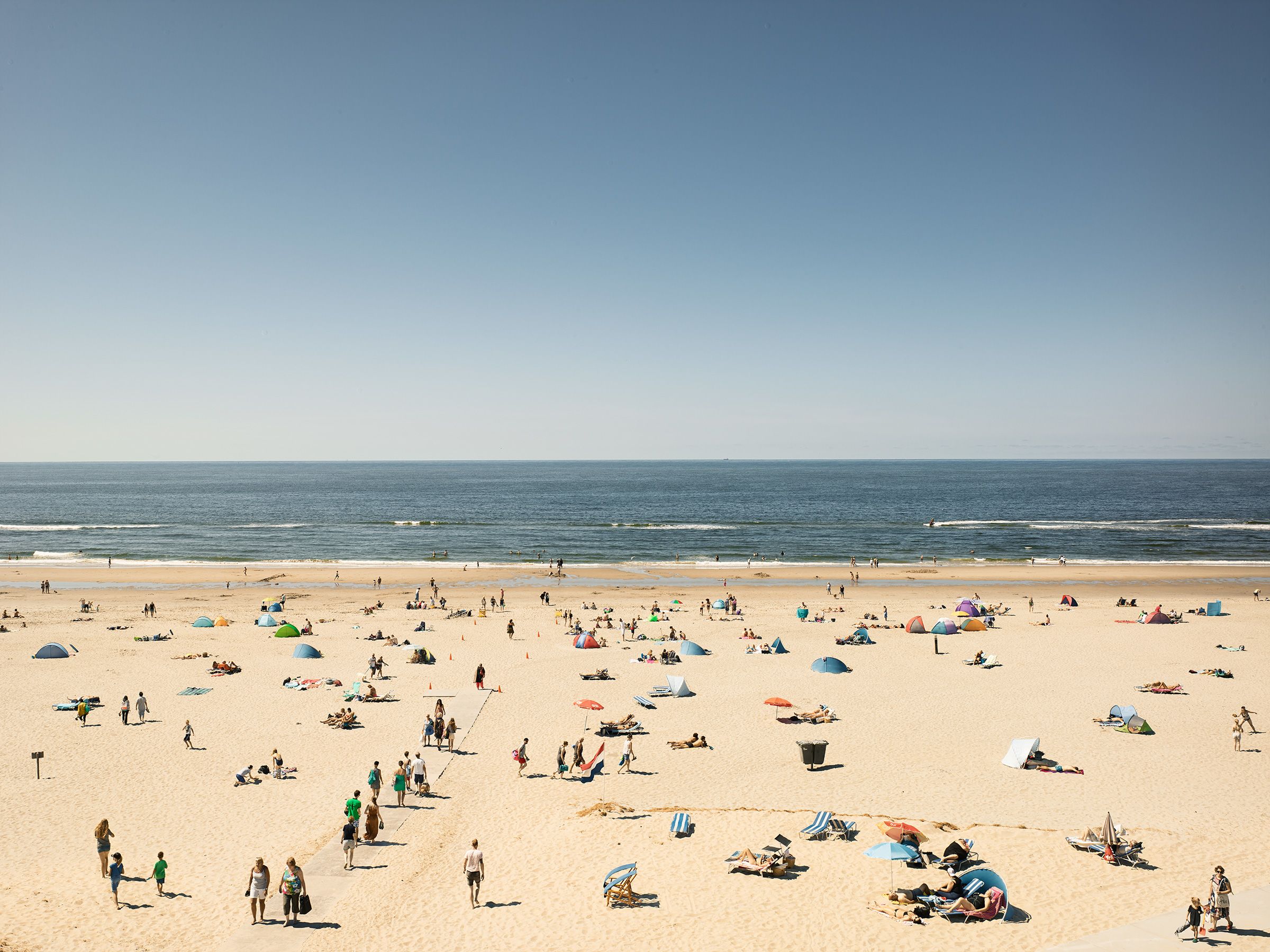 The photographer captured various locations in all types weathers, including the city parks of Amsterdam and Rotterdam. He is interested in the ways in which people make use of man-made landscapes. Commissioned by the Amsterdam City Archives, he captured the first edition of the Hardloopavond4daagse from an aerial platform in the Diemerpark. And during a period of lockdown, he immortalized the ARTIS zoo, as part of a campaign to allow the park to make up for lost revenue. Hofman actually started out by photographing the training areas of the army, the fire brigade and the police.

The vast landscape takes on a dominant role in Hofman's work, automatically assigning people a less significant role. His images are usually divided into two equal planes: the sky and the landscape. His photographs are inspired by the works of other artist, including the paintings of old Dutch masters like Jacob van Ruisdael and photographers such as Hans van der Meer and Edward Burtynsky. The resulting images have an element of familiarity, but at the same time they offer a point of view of these landscapes that we have not seen before. 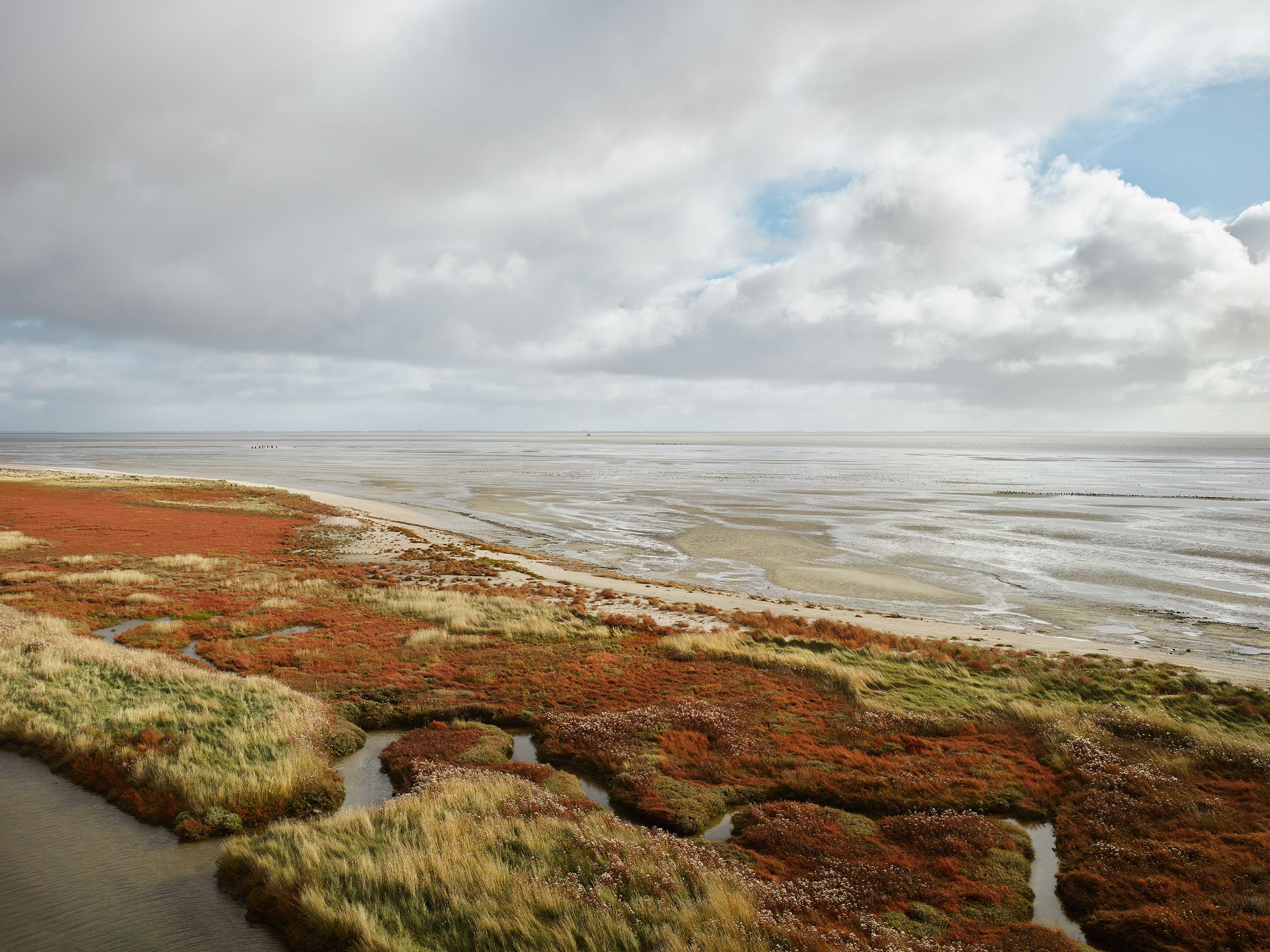 In later works, Hofman captures the emptiness and tranquility of the Belgian and Zeeland coastline and in particular the Wadden Islands, which, according to the photographer, have a mythical appeal to our imagination. Hofman captures the colours and silence of the landscape, in addition to rapidly changing weather conditions. These works are currently on display in the exhibition in Galerie Wouter van Leeuwen.

Hofman studied photography at the Royal Academy of Art in The Hague. He won several awards, including two Silver Cameras. Earlier this year, a solo exhibition of his work was shown in the Photography Museum in The Hague. 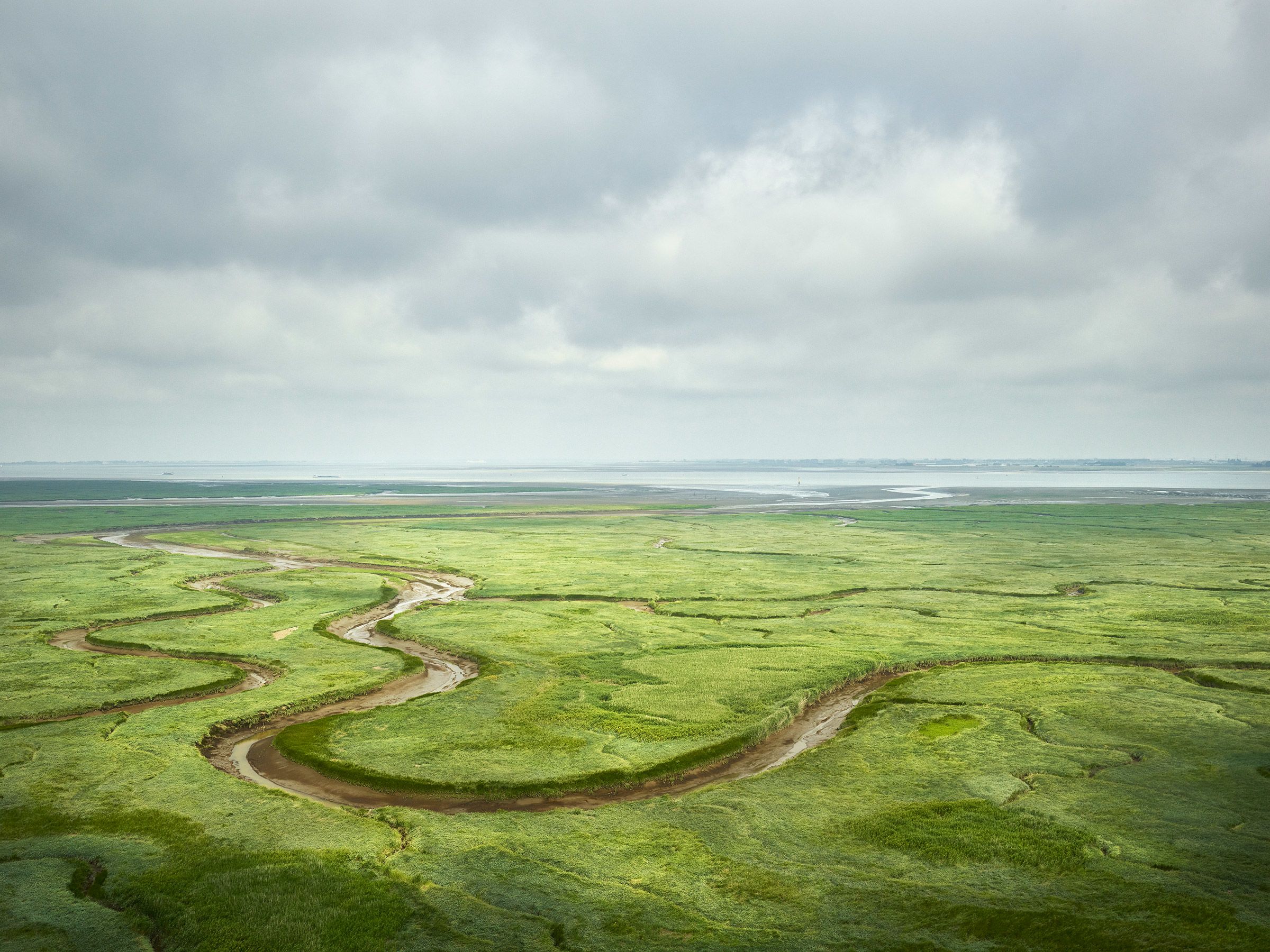 The exhibition 'Jeroen Hofman: The Islands' will remain on show until 8 October at Galerie Wouter van Leeuwen in Amsterdam. Please note: the gallery has recently moved to a new building, four times as large, on the other side of Hazenstraat.