Radenko Milak: A deeper layer in the image 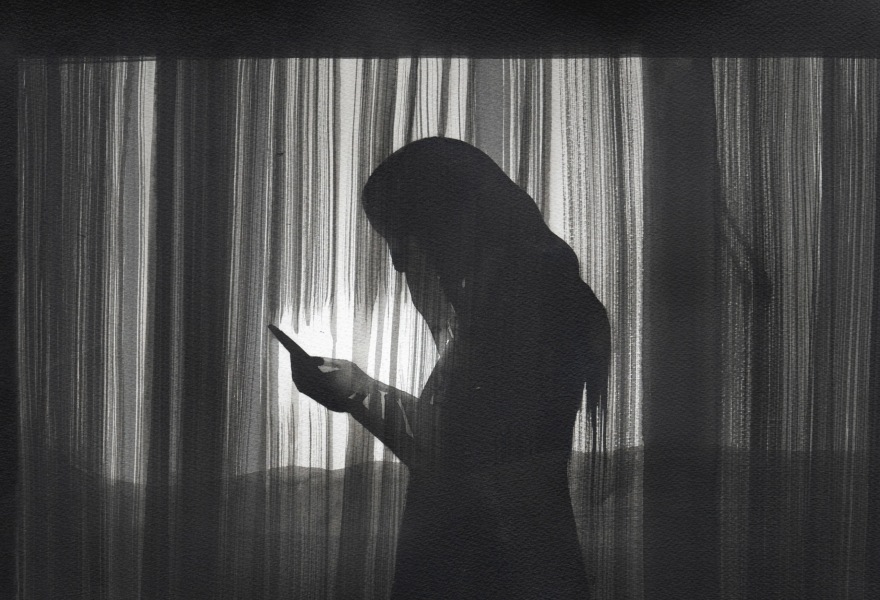 Rutger Brandt Gallery in Amsterdam has currently programmed a solo exhibition by the Bosnian artist Radenko Milak, who describes himself as a painter of the digital age. The artist is known for his black and white watercolours, oil paintings, drawings and animation films. These are usually based on found footage that he obtains from newspapers, postcards, archives and the internet. By reproducing the image, the artist hopes to discover a deeper layer in the image, a forgotten or unknown story.

Milak argues that our relationship with the world and its history is largely determined by the continuous flow of images that we receive and absorb on a daily basis. The artist's works question the way images from the mass media linger in our collective consciousness — and are represented in films and photography. 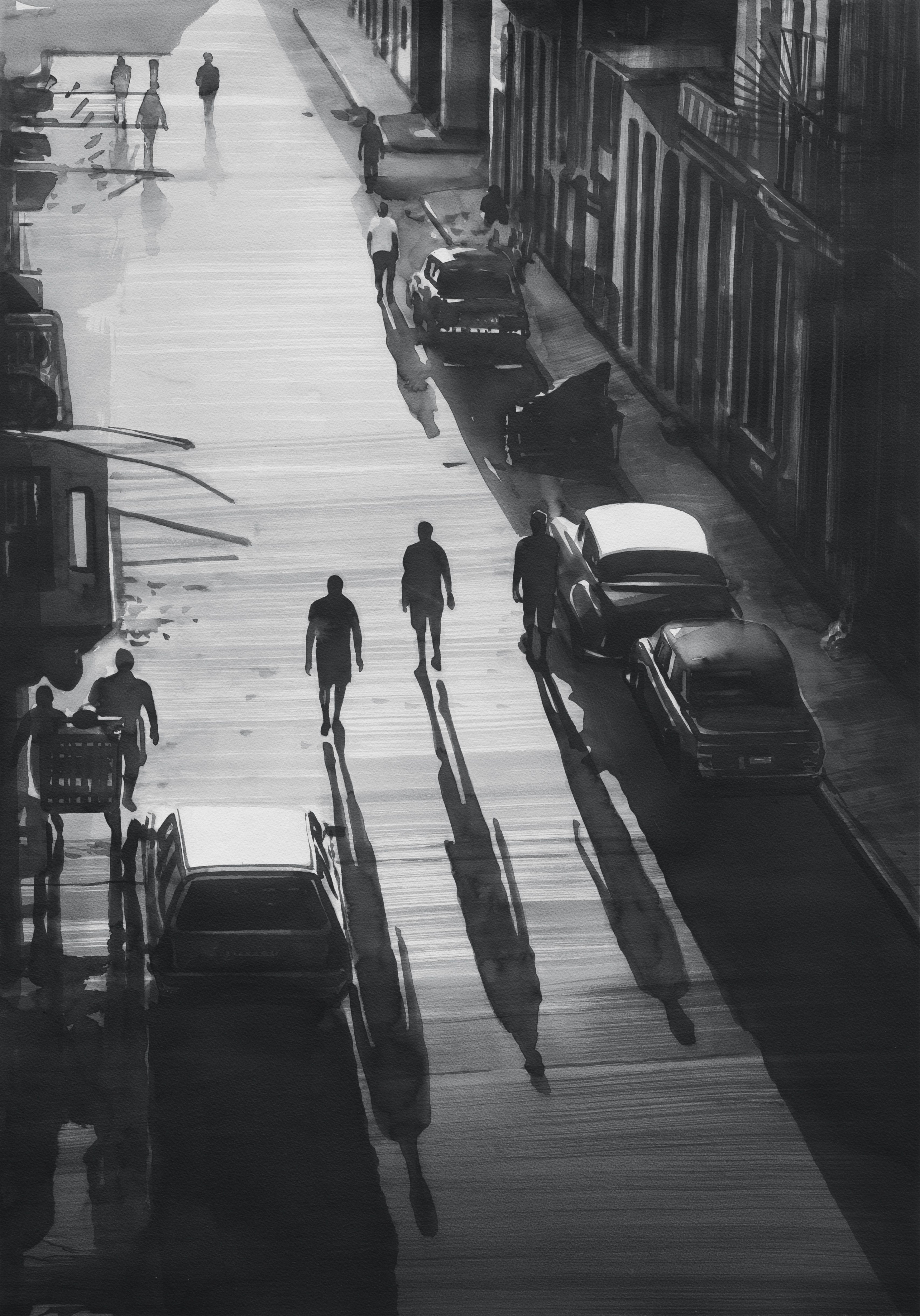 Milak: "My approach to painting is based on black pigment and white paper, watercolors based on documentary photos, photojournalism, old newspapers, postcards, posters, documentary movies and other propaganda archives. My practice as an artist has always been heavily influenced by the idea that our relationship to the world and its history is largely determined by the uninterrupted and continuous flow of images that documents the world.” 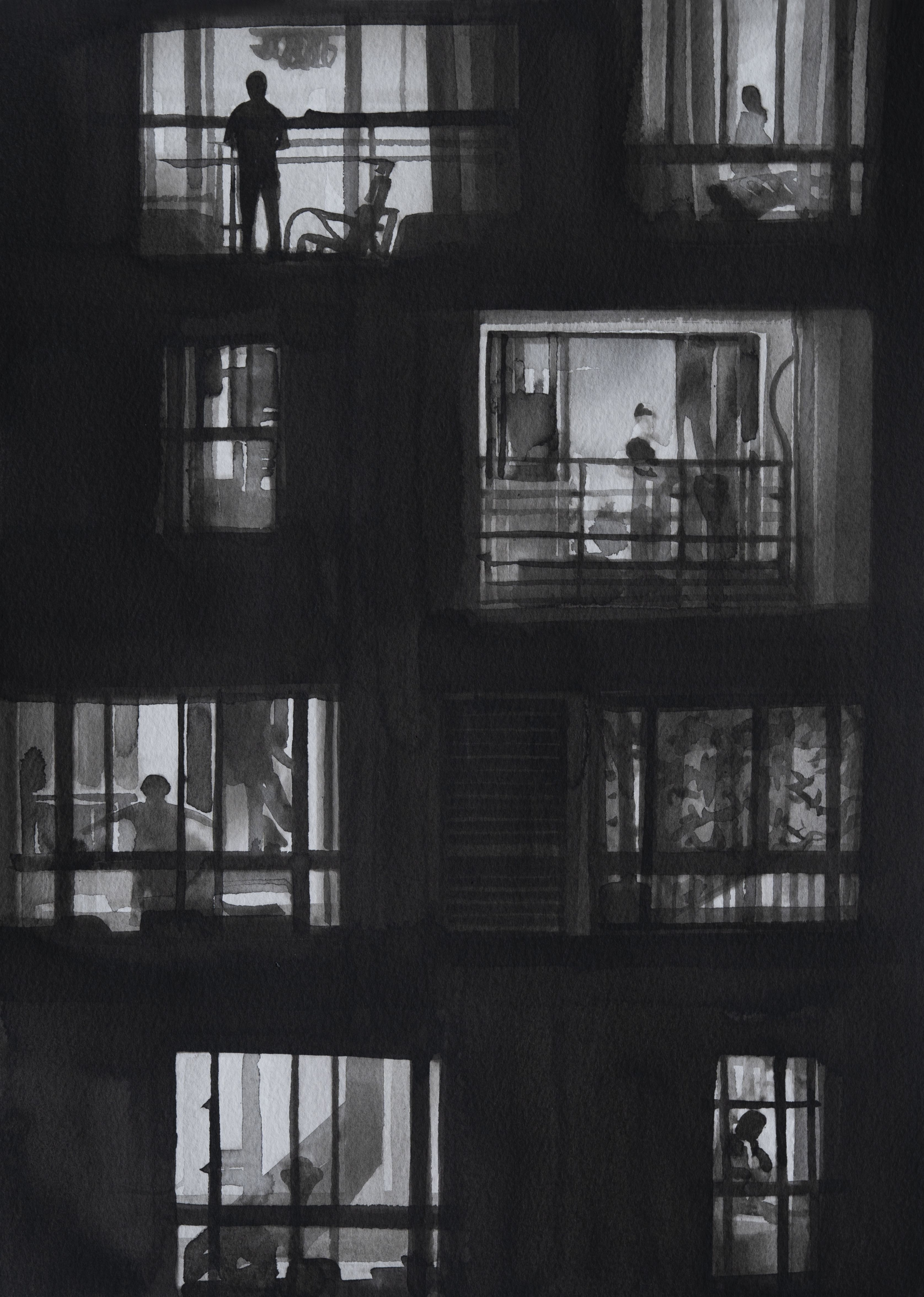 Milak's practice often deals with post-war trauma and the documentation of political conflicts. He is particularly inspired by the work of photojournalist Ron Haviv, who documented the war in Bosnia in 1992, a conflict that affected Milak on a personal level. However, Milak's latest works, currently on display at Rutger Brandt Gallery, are about a more recent history: the recurring lockdowns that have become a hallmark of the pandemic. A period of loneliness and isolation that the artist skillfully captures in black and white images.

Milak obtained a degree at the Academy of Arts of the University of Banja Luka and the University of Arts in Belgrade. In 2012, his work was shown in the Museum of Contemporary Art in Belgrade and during the 2017 Venice Biennale, he represented Bosnia and Herzegovina alongside Roman Uranjek and several other guest artists. 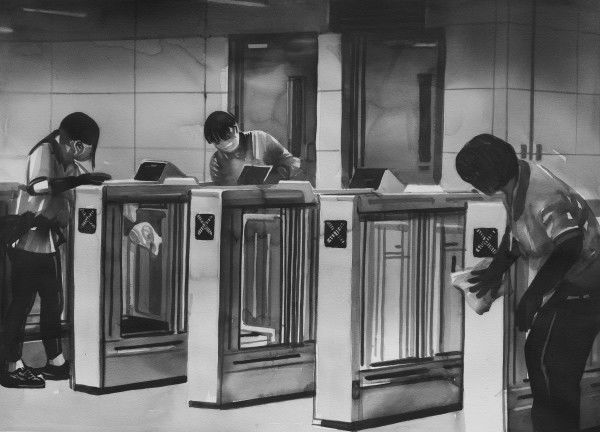 The exhibition Radenko Milak: Disappear here will be on view until 25 June 2022 in Rutger Brandt Gallery in Amsterdam.