Born and raised in Amsterdam, Mr. Ferry Van der Nat is an influential figure in the Amsterdam fashion scene who is widely known for his use of the Polaroid format to depict male nudity. Each of the two cameras he obsessively works with holds particular technical characteristics and cultural importance. The 1965 Polaroid Land Camera 103 sheds a cold, mysteriously greenish blue tint across the prints whilst the second camera, the Polaroid Big Shot from 1975, was once famously used by Andy Warhol to produce some of his most overtly sexual images.

Overtly sexual images are central to Van der Nat’s work too. Examining (mostly) male naked bodies with a gay gaze, he brings attention to what society today might see as confronting imperfections, such as hairy bodies and private parts—occasionally erect. His photographs straddle the line between erotica and humor, abstract and intimate. According to Van der Nat, “Polaroids go beyond reality. And beyond the digital world we live in. They create a world that’s better than real life.”

In 2016 Van der Nat released his first monograph book with Amsterdam-based publisher MENDO called “Mr.”. 2017 followed with his second solo show at The Ravestijn Gallery in which some of his most iconic Polaroid images were exhibited. The exhibition was accompanied by a special edition of Hot Dave Magazine, dedicated to the work of Ferry van der Nat.
Artworks
Articles
Media
Highlights
Recommendations
Collections
Shows
Market position
CV 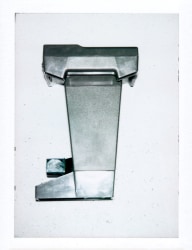 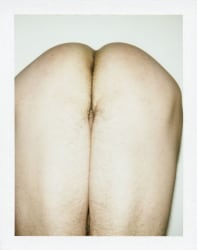 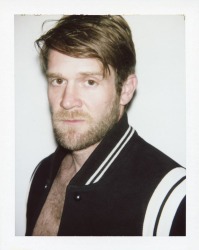 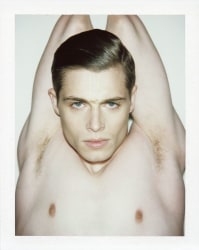 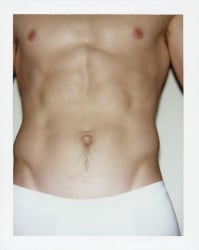 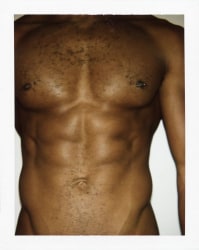 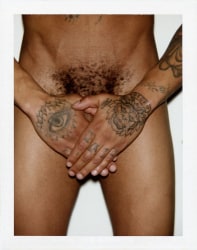 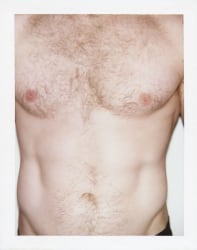 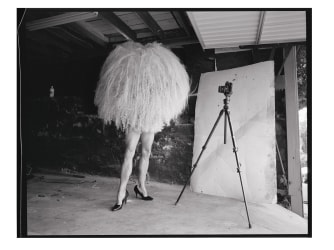 The Ravestijn Gallery at Unseen: a new way of looking at gender, identity and sexuality
This Friday, the latest edition of Unseen will take place in the Westergas in Amsterdam (17-19 September). During this photography fair, you will discover the latest developments in contemporary photography. The Ravestijn Gallery, for example, shows work by three photographers who challenge our preconceived notions about gender, identity and sexuality.