Lives in Rotterdam. Works in Netherlands.
Represented by:

When I arrived I admired the cobblestone. The craft continues to be striking, alternating stones instead of painting them. Each stone so unique, placed by hand with such care. A few days later I was moving some things with a wobbling cart. My romance with the cobblestones had a momentary lapse and I dreamed of the paved roads, even Broadway with the train above would do.
If you visit Arizona, go to the Hope Indian Territory and cattle land just outside of Flagstaff. This land is the shrub-steppe, its dry, the plants grow close to the ground and the land is formed into a series of plateaus. It has the shortest growing season in all of the US and is some of the roughest country in the great states. You will undoubtedly marvel at the clarity of the air, and you will notice your far extending line of sight. There is no atmospheric perspective, things appear sharp and in contrast far into the distance. You will be so engulfed in the wonders of the natural world, of its beauty of its grandiosity, truly sublime. You might wonder how can it be that we made so much stuff atop such splendour? While standing on that plateau you might curse your rubber shoes, your synthetic backpack, your incessant cell phone and the itchy tag in your T-shirt. Maybe you’ll think how we ruined such purity with power lines stretching all the way to Phoenix and with highways perpetually clogged snaking the landscape. Perhaps you’ll feel a sort of nostalgic melancholy because you know just over that rocky hill there is a SHELL gas station with a McDonalds attached.
In school they taught the sweetly redacted version of the history of the American West: that families came, following “the lone trappers”, in search of a better life. The new people traveled the harsh land via wagon long before the arrival of the gas station on the edge of Flagstaff. They made way across the beautiful landscape, not knowing the implications of such clear skies and such irregular plateau landmasses. If you stand atop a high plateau today and you will see far, far into the distance and you will find it magnificent and maybe even moving. Those early invaders saw the same and this clear view would come to be their demise. Unable to detect the valleys between the raised flatlands and inexperienced with such a vast line of sight they assumed the next suitable place to stop was only a few miles away when in fact it was days away. Many of these
covered wagons never made it to the next plateau. The people died in the valley, I think subconsciously wishing there was a Shell Station with a McDonald’s attached just beyond the rocky hill.
We love our unnatural world, our inventions our conveniences. We need them. We marvel at the absolute power of the natural world and these days we do it with complete caution and never without at least the knowledge of the closest Shell Station with the McDonald’s attached. We have learned our lesson time and time again.
I look for instances where the two processes meet. When our invented world crosses with the bigger system to which we belong but so often try to own. When a thing goes from domestic to feral, from the safety and privacy of our own homes to the unpredictable public city street.
When it transitions from cutting edge to dated, from required to extra, from the focus of all attention to being completely overlooked. When some material or object has been completely used up, worn out, disregarded, tossed aside by us and then becomes subject to everything else. These items, the evidence of our production, seem to cry out to Mother Nature, exclaiming that we have hacked the system and made our own little process of life and death!
I like the side effects. I am attracted to the things we need, that we must have but then once attained, almost immediately become a burden, and so starts the task of getting rid of them.
I find this compulsion of human beings strange but not unnatural. I think our constant activity of filling up the place and then cleaning it up again and again kowtows to the natural world. Showing reverence while also admitting our short comings, announcing loudly that we would have most certainly died in the valley but instead we can stop at the Shell with the McDonald’s attached and eat fries while marvelling at the clear view from the top of the plateau.
Is it damage or is it character?
The Grand Canyon
The craters in the moon
The bullet holes on the side of union station in Kansas City The corner of Victor Horta’s home, the wood is rotten away The holes in my shoes
The chip in your tooth
The open space on the top of the Pantheon The dent in the black stone of Mecca  The dips in heavily used subway benches The rip in your favourite sheets
Artworks
Media
Highlights
Recommendations
Collections
Shows
Market position
CV 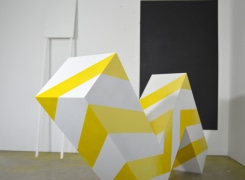 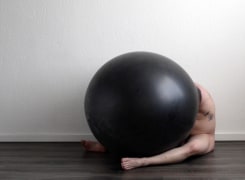 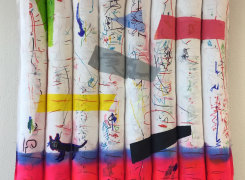 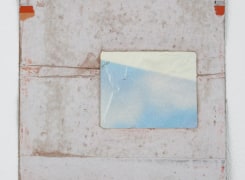