Janssen has been working for several years now according to a procedure that he calls 'psychography'. Psychography is composed of psyche: mind, soul, consciousness and graphics: writing, describing, describing. A reflection of the mind is a psychogram. In this spirit, all kinds of things compete for priority: The (world) news, memories, associations, emotions, banalities, gestures, inspiring and oppressive examples from art history, the capriciousness of the art world, politics, the tension between worldviews, and so on, in random order. The mind does not have a single point of view, concept or emblem, but very many, often appearing inopportuant and sometimes growing together. In addition, memories and impressions extend very far back in time, making the vastness and richness of consciousness seem almost limitless. As an artist, Janssen starts from the immersion in this, but just as well from making a synthesis of all the aforementioned elements. With the totality of all image elements worked over and through one another, he tries to find an aesthetic that is "more abstract".

"I try to throw all my possessions and tricks into the drawings,". Niels Janssen makes small, large and enormous drawings with endless details. He gives an explanation of his working process n this video. 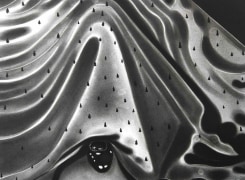 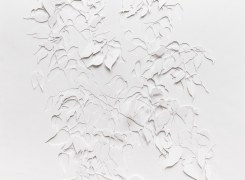 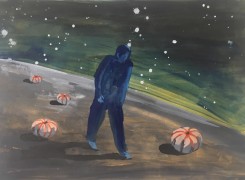 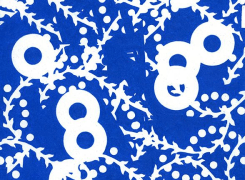