Lives in Amsterdam. Works in Den Haag.
Represented by:

The visual language of Bonies suggests concepts of clarity and legibility. His iconic design meanders its way along the lines of De Stijl and Russian Constructivism. Like his international counterparts in the 1960s, Bonies, too, sought a more radical approach in the realization of pictorial quality. The intuitive thought and weight of the historic avant-garde made way for a systematic order based on a process of reduction to a formal limit. In the Netherlands, his pursuit was groundbreaking. Bonies has created an oeuvre that is sleek, tough and concrete. Drawing on influences from The United States, he uses large format canvases; a visual medium that perfectly matches his research and advocacy towards a concrete reality. In order to realize his ideas, Bonies maintains an extremely consistent approach based on a system of limitations. Since 1965, Bonies has chosen to work with the primary colors, plus green and white. He has also worked with the same paint manufacturer, the same cotton and same application of color; each applied in four layers. A well contemplated system, limited to rectangles, squares and circles is first drawn as a sketch on grid paper and then magnified on a small format canvas as a prototype. Finally, the image is realized using the predetermined system. Through rotation, tilting, doubling or shifting, Bonies’ unique system moves beyond the limits of the classical square dimensions of a canvas. Instead the system creates and utilizes shaped canvases as a means to achieve concrete structure. Anyone who thinks that the application of systematically worked out patterns leads to boring, predictable images is wrong. It is the power of Bonies to create a visual sensation that goes beyond the painted laws to make the immaterial presence of that which is not painted, tangible. You come to realize that this concrete art is of great visual richness and mobility that extends beyond the realm of painting and also touches on architecture, music and design. This all emerges with a clarity that according to Rudi Fuchs; "Cannot be described with a pen." 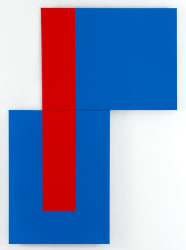 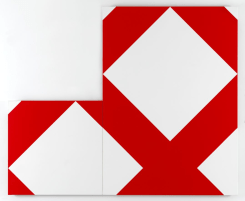 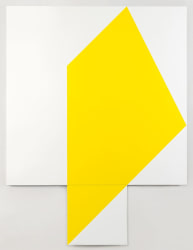 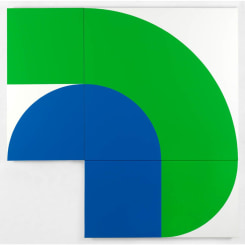 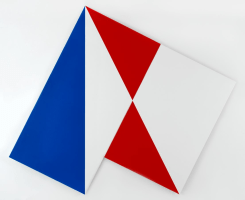 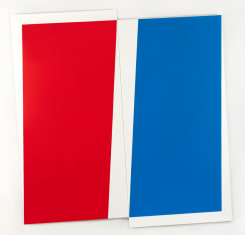 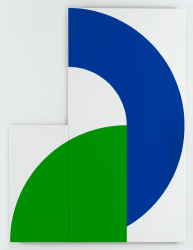 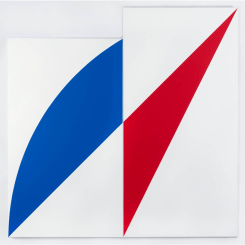 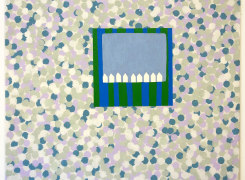 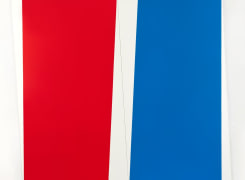 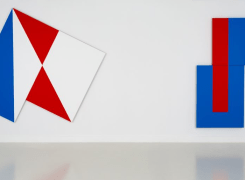 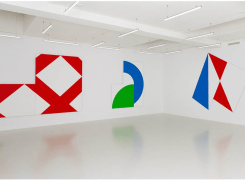