Nature is often healing, with the beauty of blooming flowers, statuesque trees and ponds that reflect like mirrors. To borrow words from Vincent van Gogh, nature (and also art with nature as its subject) can offer us solace. With these connotations the paintings and drawings by Marijke van Seters (Nijmegen, 1958) gain significance and grow even more powerful.

What’s immediately striking in works by Marijke is that they either zoom in on a compelling detail of nature, like someone taking a close-up photograph, or they form a bird’s eye view with a very high horizon. She has an extensive photo archive that functions as a reference point and assists in decisions regarding aspects such as picture composition and cut-offs.

This also explains her admiration of painters such as the impressionist Monet and Japanese woodblock prints as they share her unique and original view on landscapes. Marijke carries that same love of either immersing the viewer in nature with stark framing or confronting them with a breathtaking panoramic vastness.

The penchant for the decorative never becomes a goal in itself: to take an example, the slim branches and vines can at times strike boldly and diagonally through the picture plane, drawn against the background of a fierce backlight, seemingly making their forms blur and evaporate. Or sometimes they are only seen as a mirror image, a reflection in the water. The light effect actually allows the colours to subtly contrast with one another, which also results from the patient layering of paint. Because of that transparent construction, which forms a type of side scenes, the viewer is sucked even further into the image and into nature.

On her panels with acrylics and chalk the topographical is subordinate to the soft colours, with the same sensitive layering and a tendency to simplify forms. The works are stripped of time and place and touch the essence of the experience of nature even more. Especially when the pieces are seen as a series it becomes more apparent how minimal details evoke different moods. With that Marijke van Seters touches us with either the grandeur or, the complete opposite, intimacy of nature, as a source of introspection and inspiration. 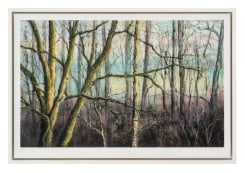 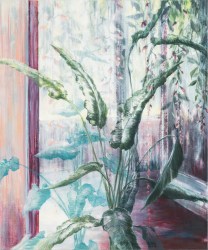 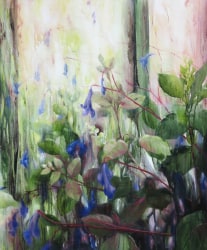 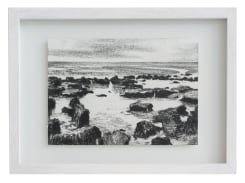 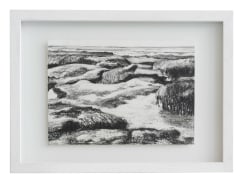 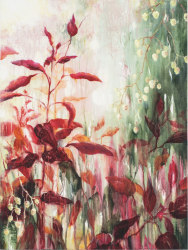 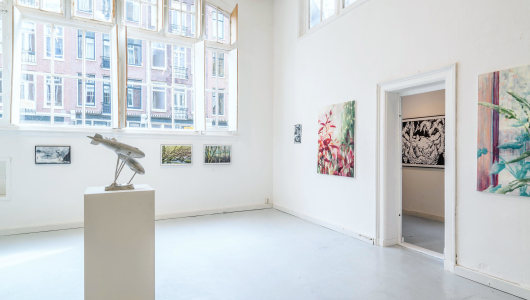 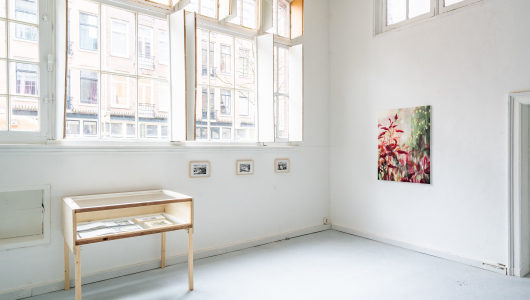