Ellen Berkenblit makes colorful and gestural paintings in which she reuses certain characters and elements in a cartoon-like style. One of the recurring motifs is a female protagonist, depicted in profile, with long lashes, rosy cheeks, and wild hair. These motifs act as a kind of personal calligraphy that, like handwriting, emerges naturally and functions as an open signature for the artist. She doesn’t charge them with symbolism and rejects any form of narrative in her paintings, thereby leaving them free for interpretation. In essence her work is not about the images she depicts but rather the artistic process of applying paint on a surface, so painting in the purest and most objectified form. In this sense her work fluctuates somewhere in between figuration and abstraction.
-Louis Van Broeckhoven
Artworks
Articles
Media
Highlights
Recommendations
Collections
Shows
Market position
CV 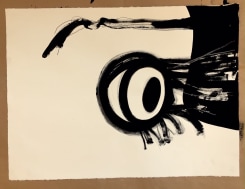 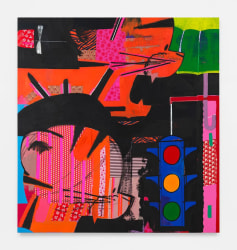 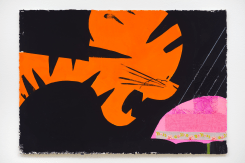 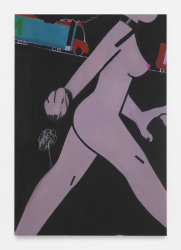 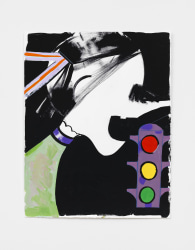 Ellen Berkenblit (born in 1958 in Paterson, New Jersey) received her BFA from Cooper Union, New York, in 1980 and currently
lives and works in Brooklyn, New York.

In 2014 she was a recipient of a Guggenheim Fellowship for exceptional creative ability in the arts. Recent presentations of
Berkenblit’s work where held at the Museum of Modern Art (New York), Whitney Museum (New York); Museum of Contemporary Art (Chicago); Hall Art Foundation (Vermont); Centre Pompidiou (Paris); National Museum of Women in the Arts (Washington DC); and many more.