Debaere’s work displays influences from both Western and African art.
On his travels in Africa he encountered the apparently simple patterns through which man is in contact with the natural world around him, and the naturalness with which materials are recycled and take a new functional identity.

From 1990 to 1993 he did large sculptures on the basis of animal manure mixed with wood glue and urine applied to metal mesh or jute. Such sculptures as Grote Borst (1992) (Big Breast), Nimba (1991), Oor (1991) (Ear) and Slang (1991) (Snake) referred to primal myths of origin, death, fertility, etc. Altough these forms have a great expressive impact, the way they are displayed gives them a certain triviality.

Hanging in space, with no stable point of contact, the asume a lightness that can be interpreted as the loss of any ability to find a place in a world that is increasingly brushing aside myths of origin.
Artworks
Media
Highlights
Recommendations
Collections
Shows
Market position
CV 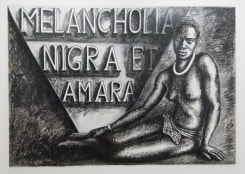 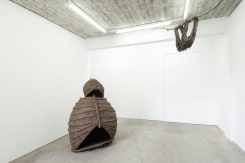 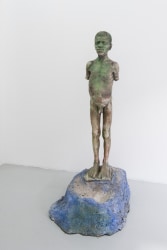 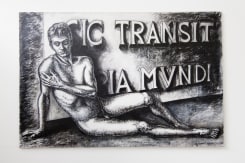 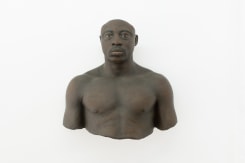 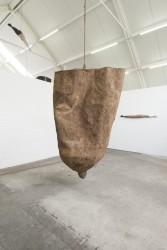 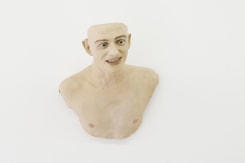