Ine Dammers: Why did you choose to become a painter?

Oleksiy Koval: Well, I didn’t really choose it. I started to paint when I was 3 years old and I can’t stop yet.

Ine Dammers: What is your goal while painting?

Oleksiy Koval: To win over the surface.!

I think most people do not even know the difference between image, picture and painting. It is my job to open their eyes for this, and make people understand what true painting actually is.

Painting is applying colour on a surface by use of hand or any kinds of tools. So we have colour, surface and the movement while applying colour on a surface. In my work I focus very strictly on colour, matter and rhythm to design the movement while painting, but I retain infinite freedom and latitude for spontaneous decisions about the tools, materials and surfaces.
Artworks
Media
Highlights
Recommendations
Collections
Shows
Market position
CV 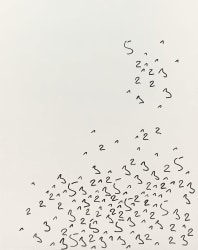 These 7 Contemporary Artists from Munich Should Be on Your Radar
Oleksiy Koval Making the move from Ukraine to Munich, Koval brings a variety of cultural influences and artistic styles to his work both as a practising artist and guest speaker at philosophy lectures at the Munich Academy of Fine Arts. His work often revolves around grids, where neat rows are disturbed by overlapping lines fighting for space or erratic paint dabs. The wide variety of materials Koval uses as a base is a striking element of his work – anything from cotton to MDF is his canvas. 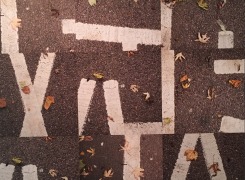 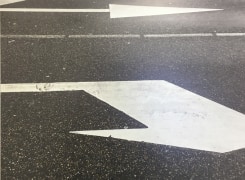 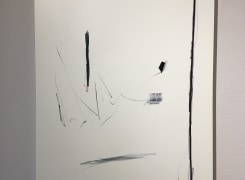 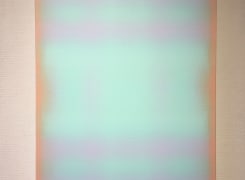 born in 1979 in Kyiv
lives and works in Munich

1989 – 1990
Classes in composition, painting and drawing at Lyudmila Senchilo

2010
Founding RHYTHM SECTION with Kuros Nekouian and Stefan Schessl – a project on the subject ‘rhythm’ in visual arts.

2016
Support of the project by the Bavarian State Ministry of Sciences, Research and the Arts; the Department Of Arts And Culture City Of Munich

2015
Support of the project by the Bavarian State Ministry of Sciences, Research and the Arts; the Department Of Arts And Culture City Of Munich

2012
Support of the project by the swiss culture foundation ProHelvetia; The Institute Of Contemporary Arts Singapore; Lufthansa Cargo

2011 – 2012
Grant Atelierförderung of the Bavarian State Ministry of Sciences, Research and the Arts